You don’t need me to tell you that land values and property prices have soared in hitherto undesirable parts of the capital. The best illustration of this is to take a look at Perkins Square in Southwark. You’ve probably never heard of it, though you will almost certainly have walked past it, or even through it, as it sits close to the river sandwiched by Southwark Bridge Road to the west and railway viaducts and Borough Market to the east. In style and scale it’s not dissimilar to Brookside Close, basically a suburban 1980s cul-de-sac in the very middle of London. It’s inconceivable that it could be built today, yet these little houses were constructed a mere 30 years ago. If the site was cleared now, their replacement would be far from modest apartment blocks of at least ten storeys, designed by household-name-architects.
In the decades since, the building boom experienced by London, which shows little sign of abating, despite Brexit, has changed the skyline of the city profoundly. Many fear that the city is becoming a sort of Dubai-on-Thames, with a canyon of towers forming along the banks of the river. Leaving the politics aside however, the construction of so many new buildings has created a plethora of viewpoints across the city, admittedly many closed to the general public, but several of which I have had the good fortune to experience. 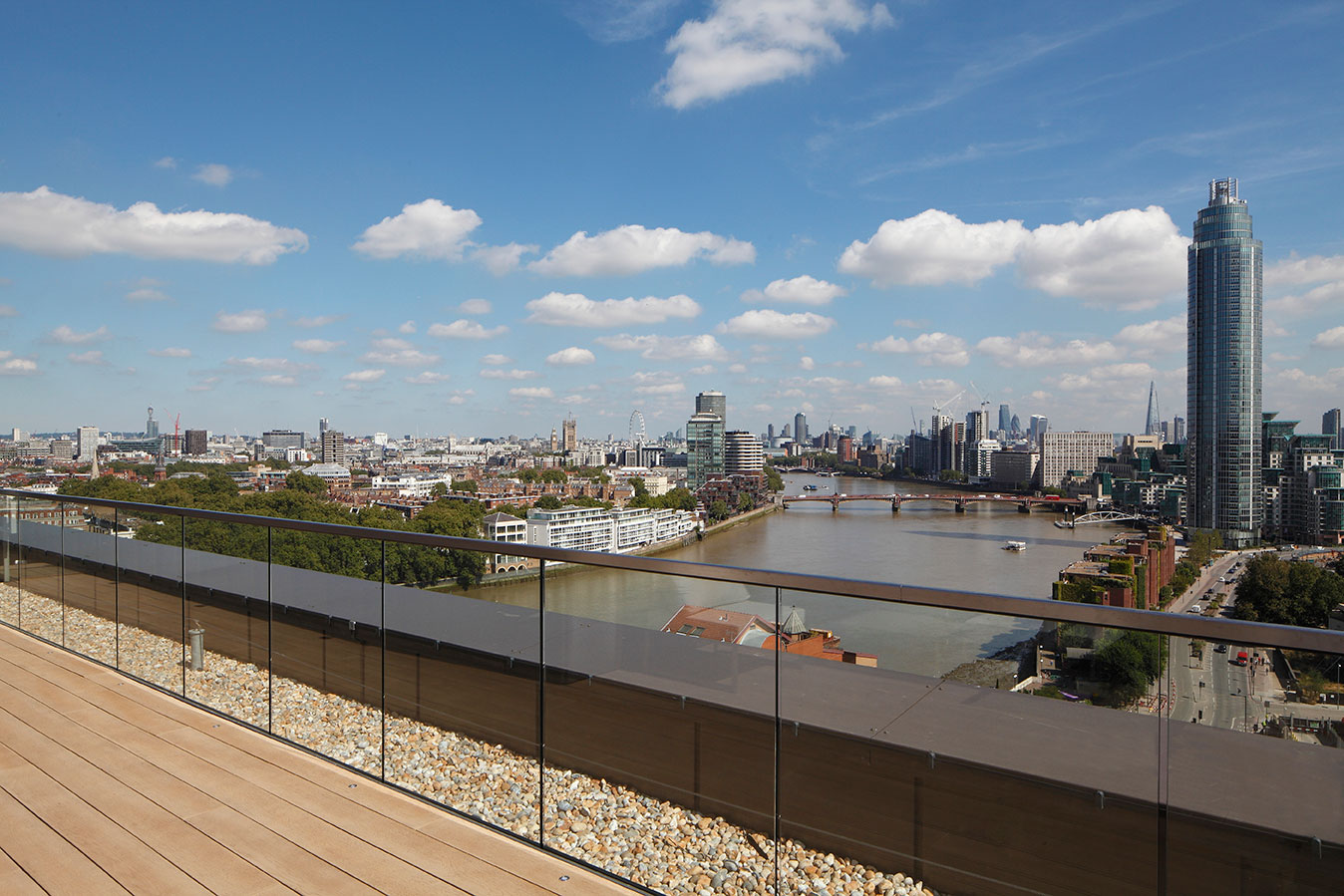 View east along the river 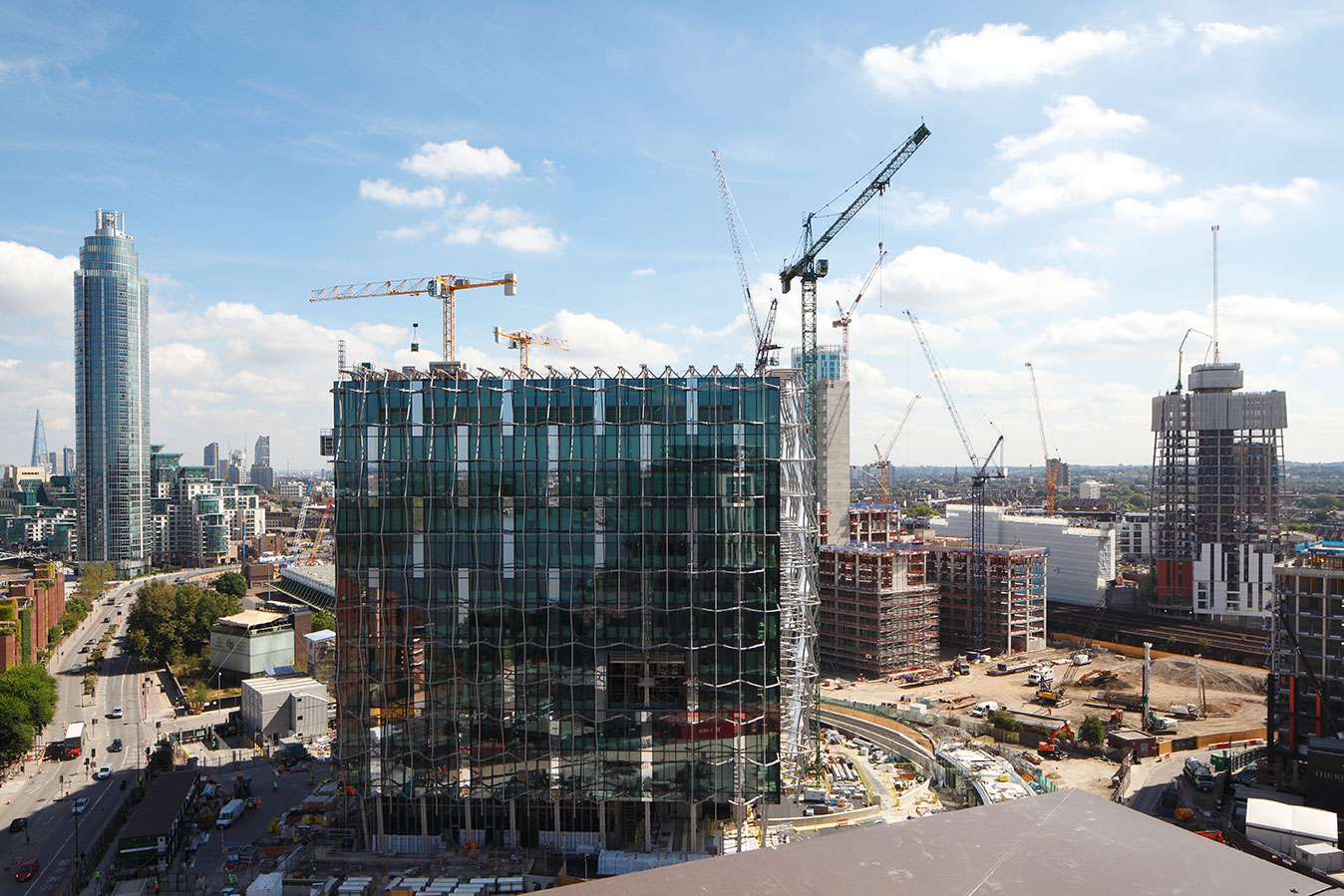 The new American embassy under construction, after which the development is named. 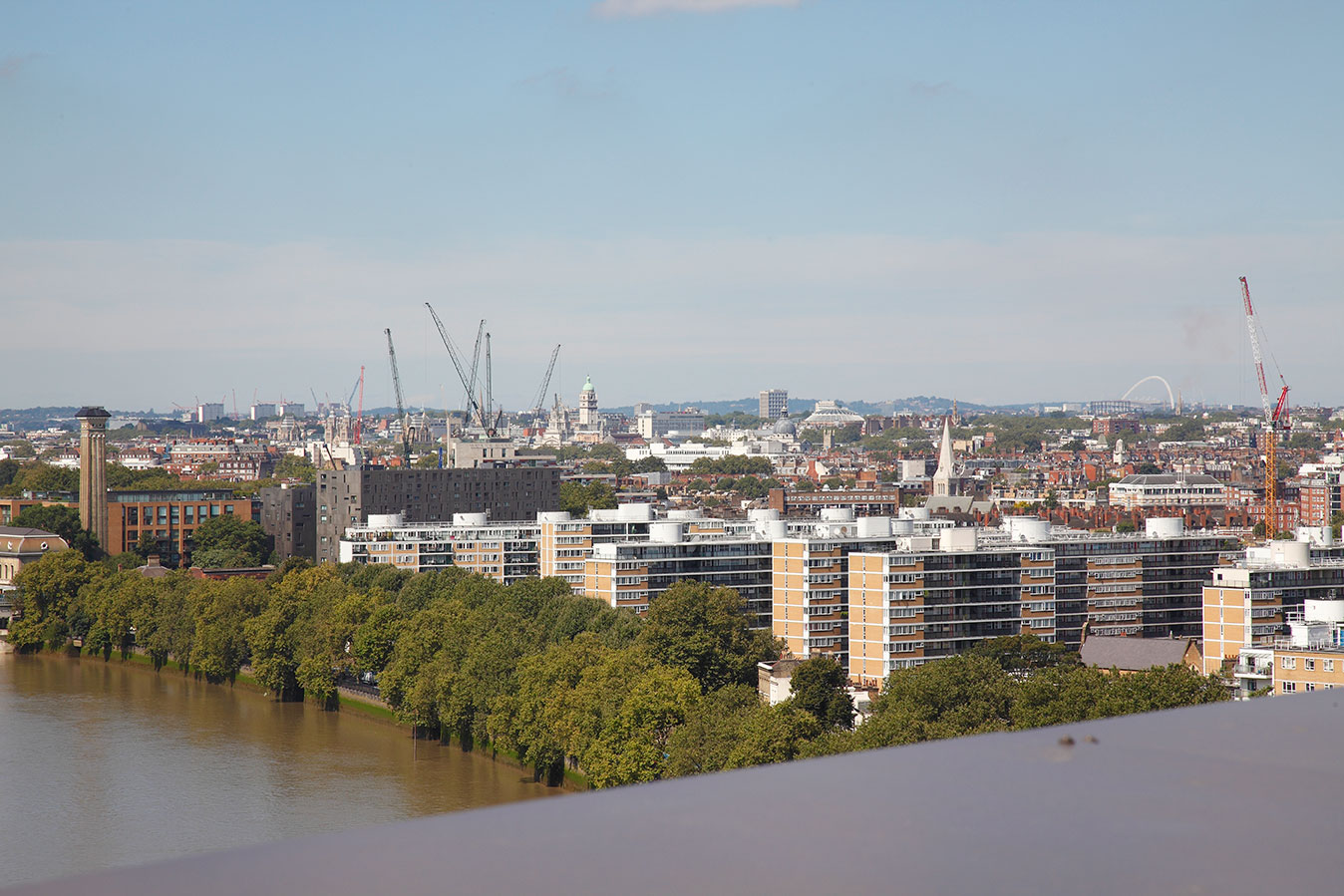 View west across the Churchill Gardens Estate to the domes of Imperial College, Albert Hall, and Brompton Oratory, to the arch of Wembley, and the hills beyond. 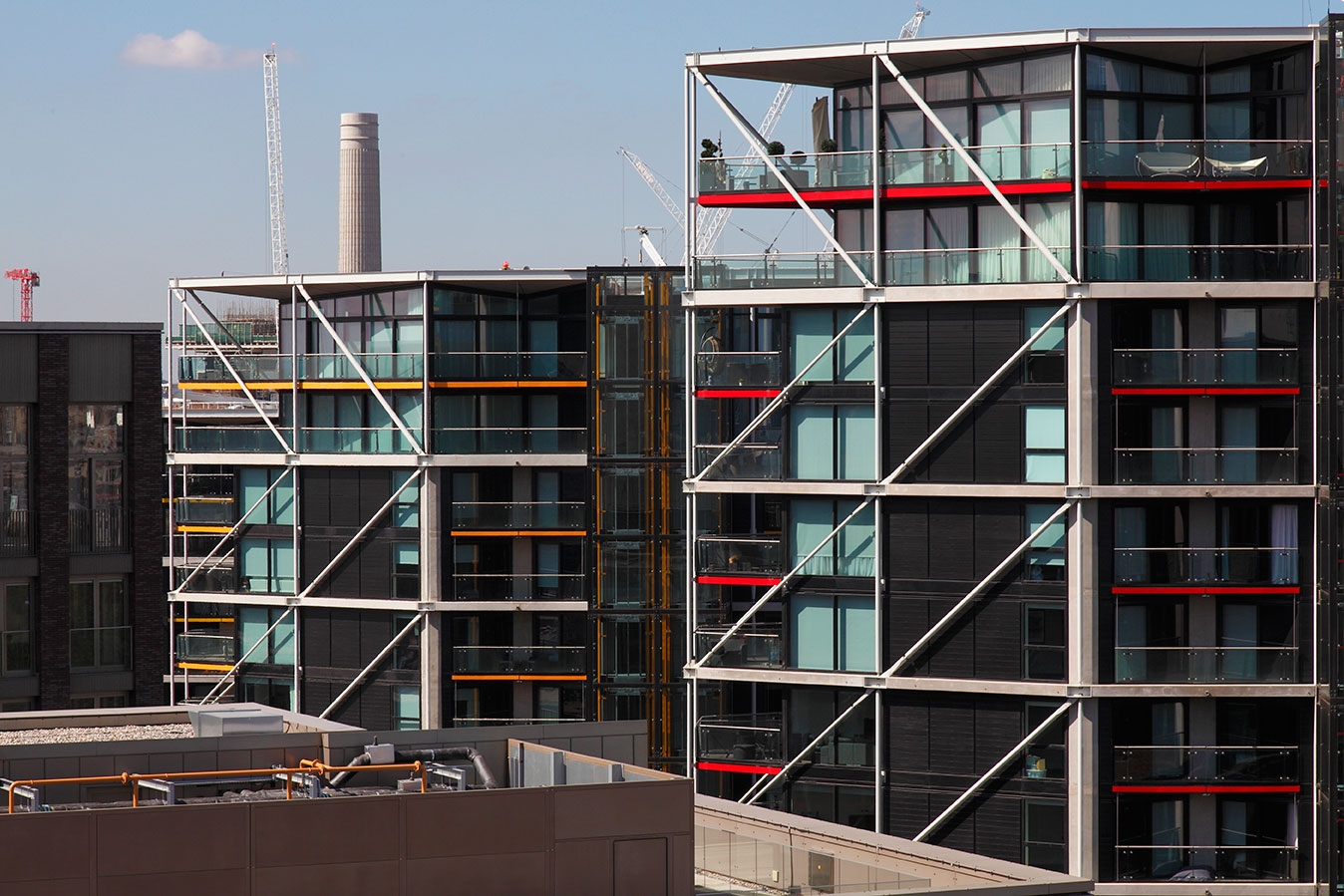 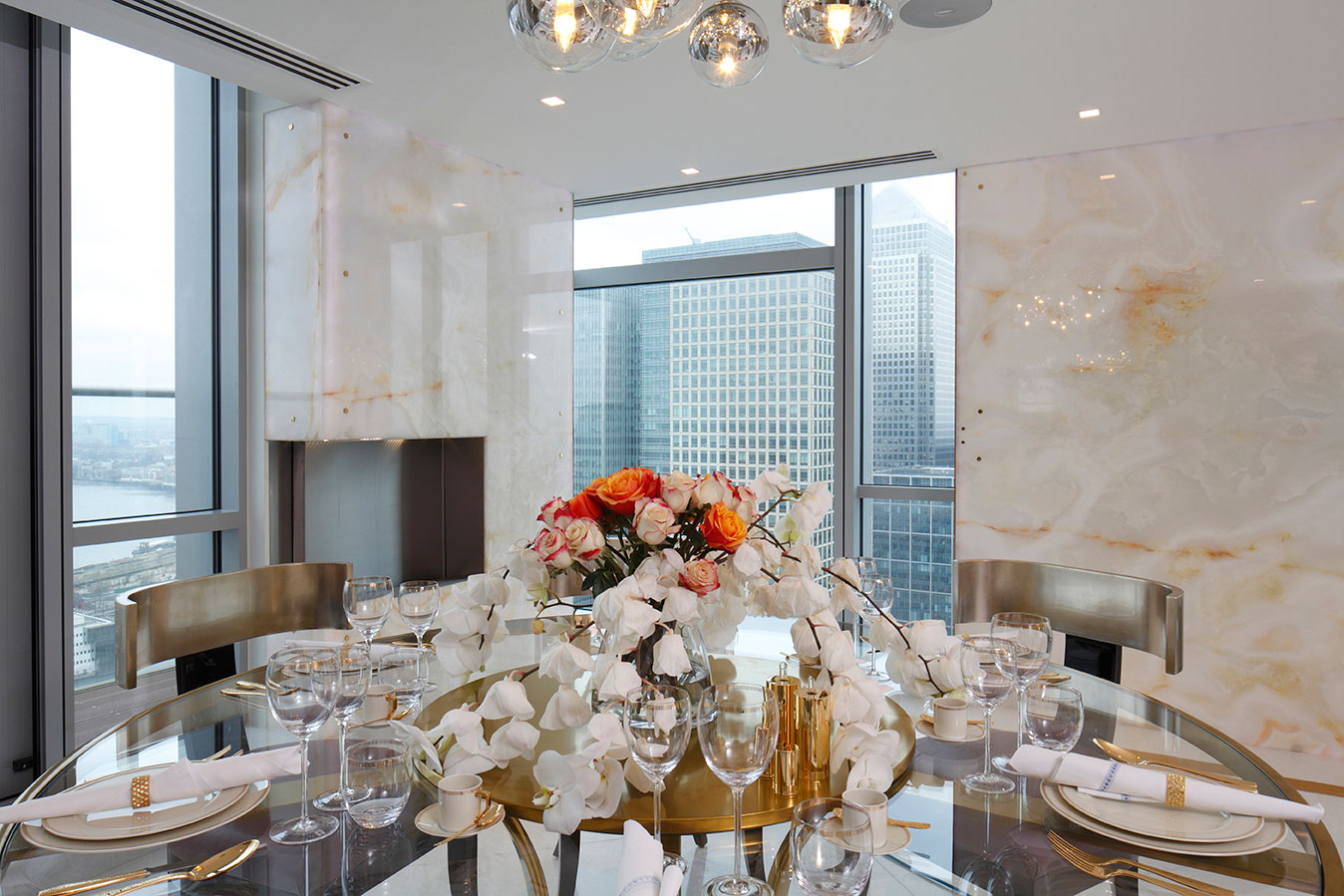 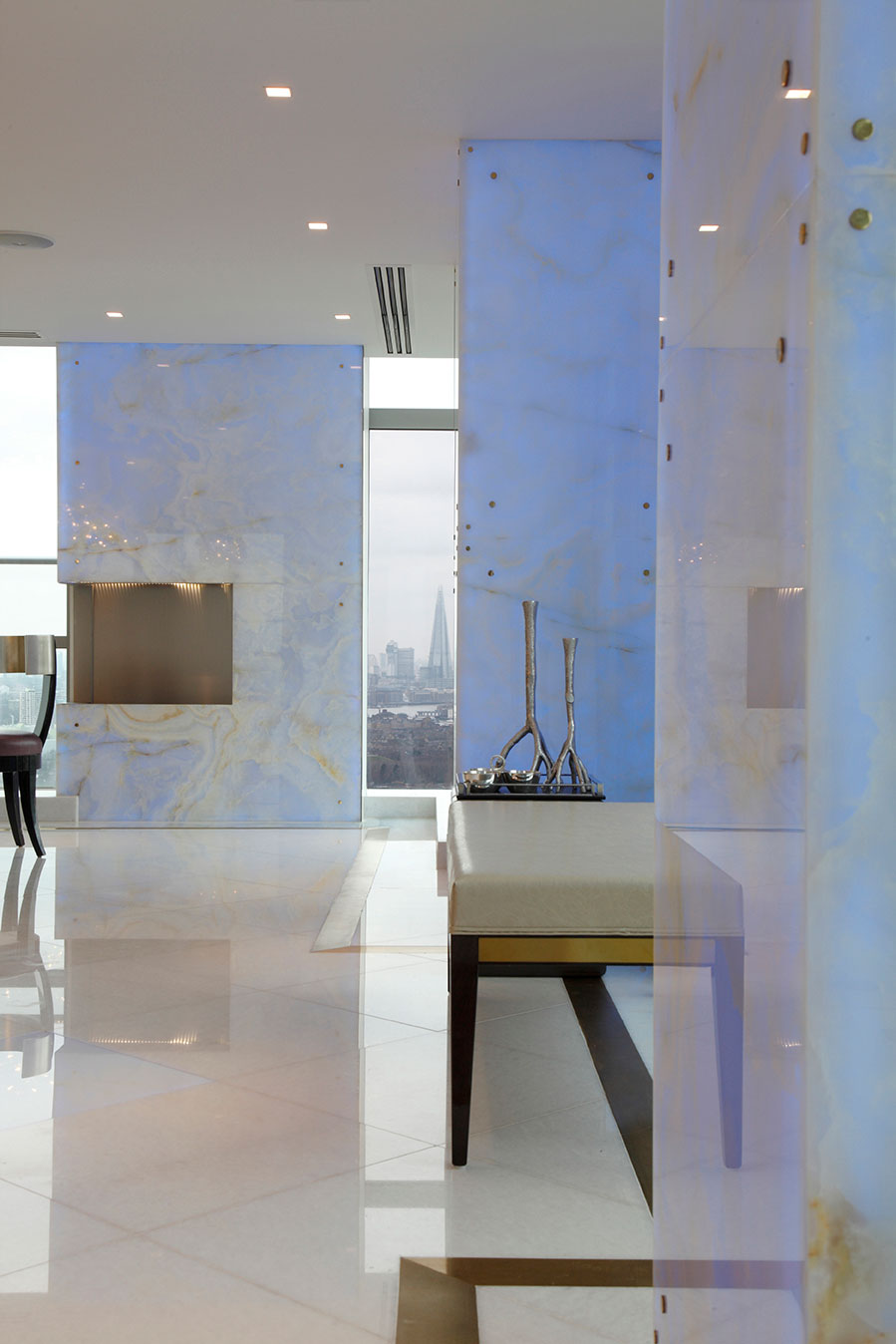 Distant glimpse of the Shard

I was photographing a garden in Waterloo, when I idly mentioned there must be a good view of the garden from the neighbouring hotel building. The concierge very kindly let us up to the rooftop bar, from where I also snapped these views. 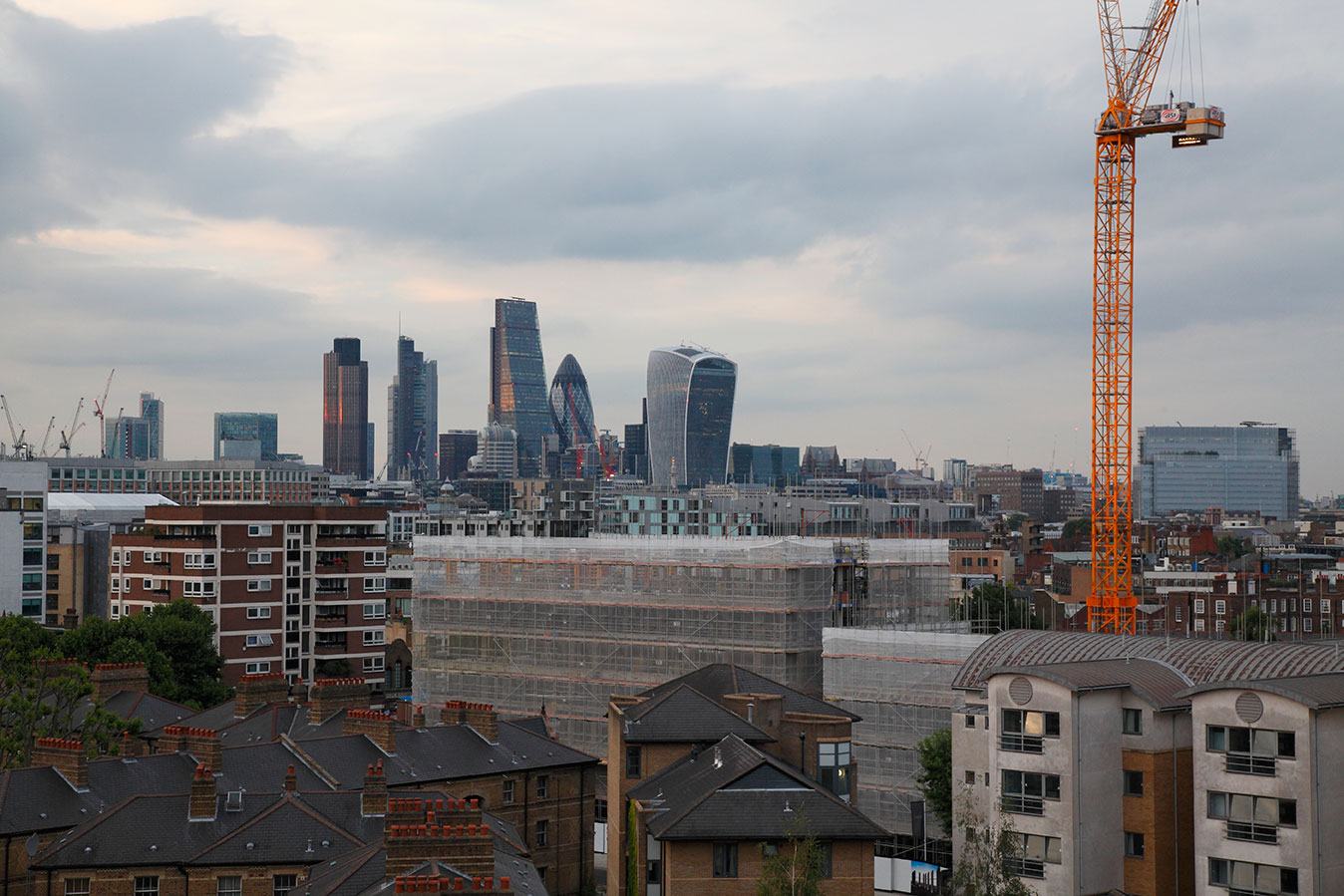 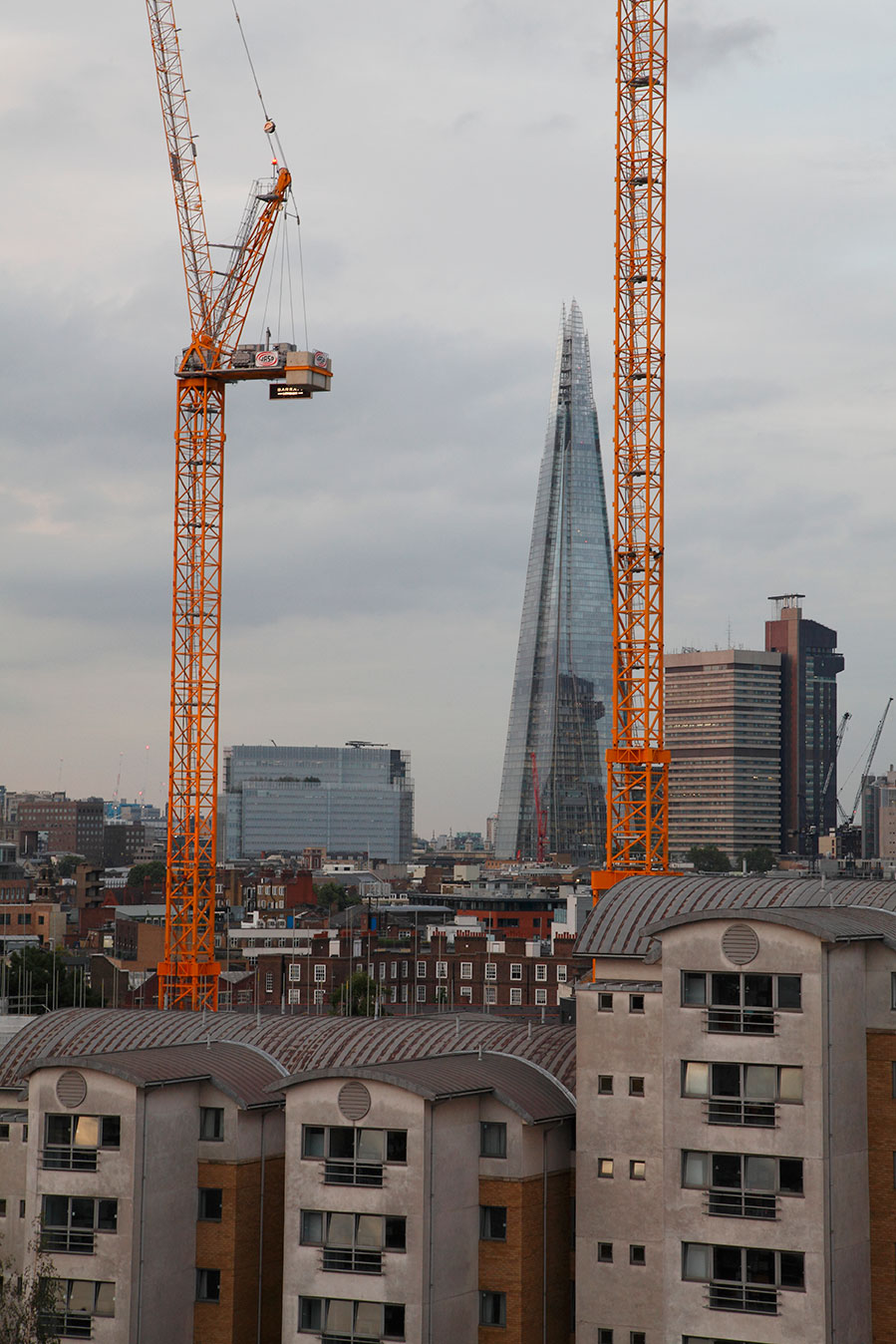 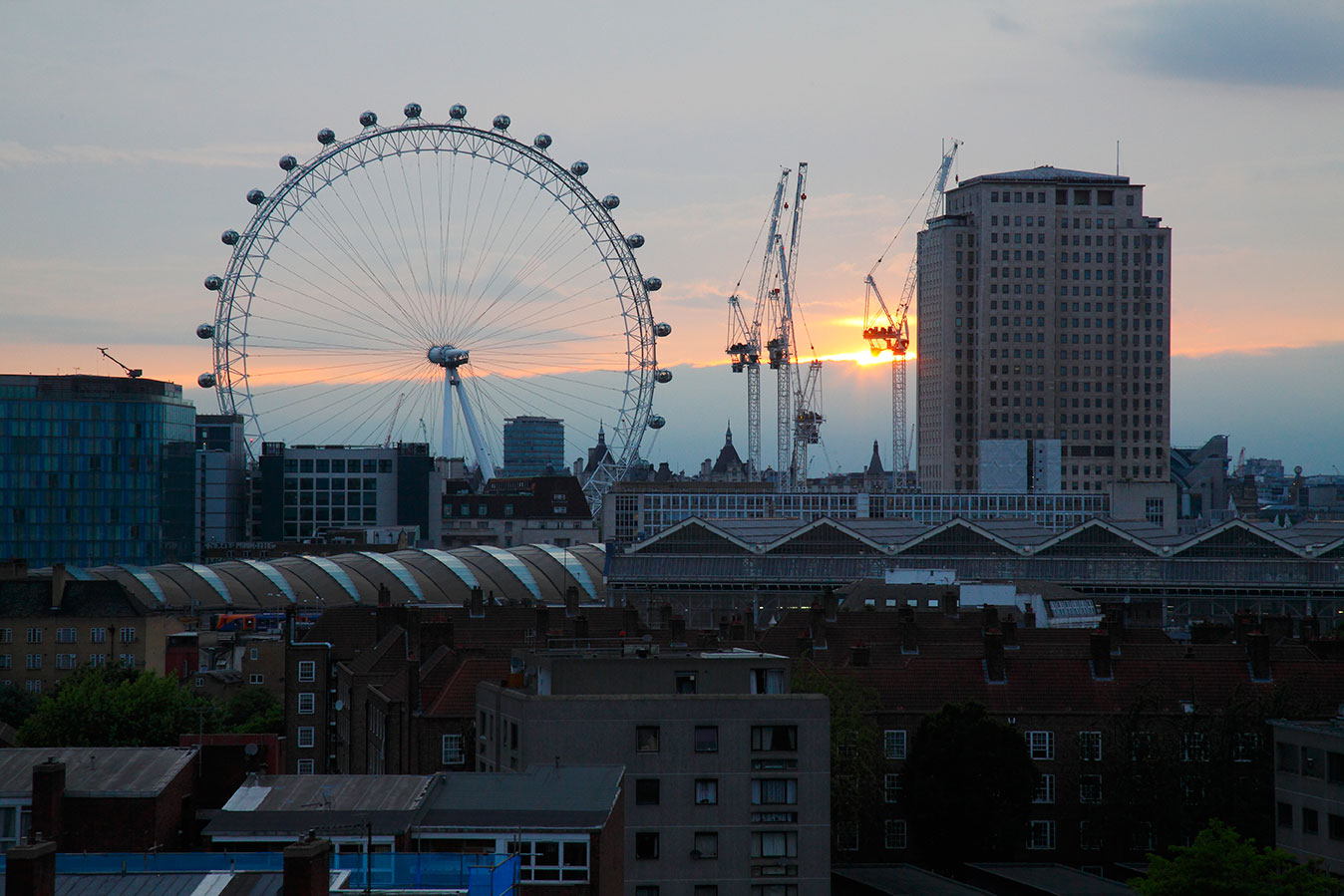 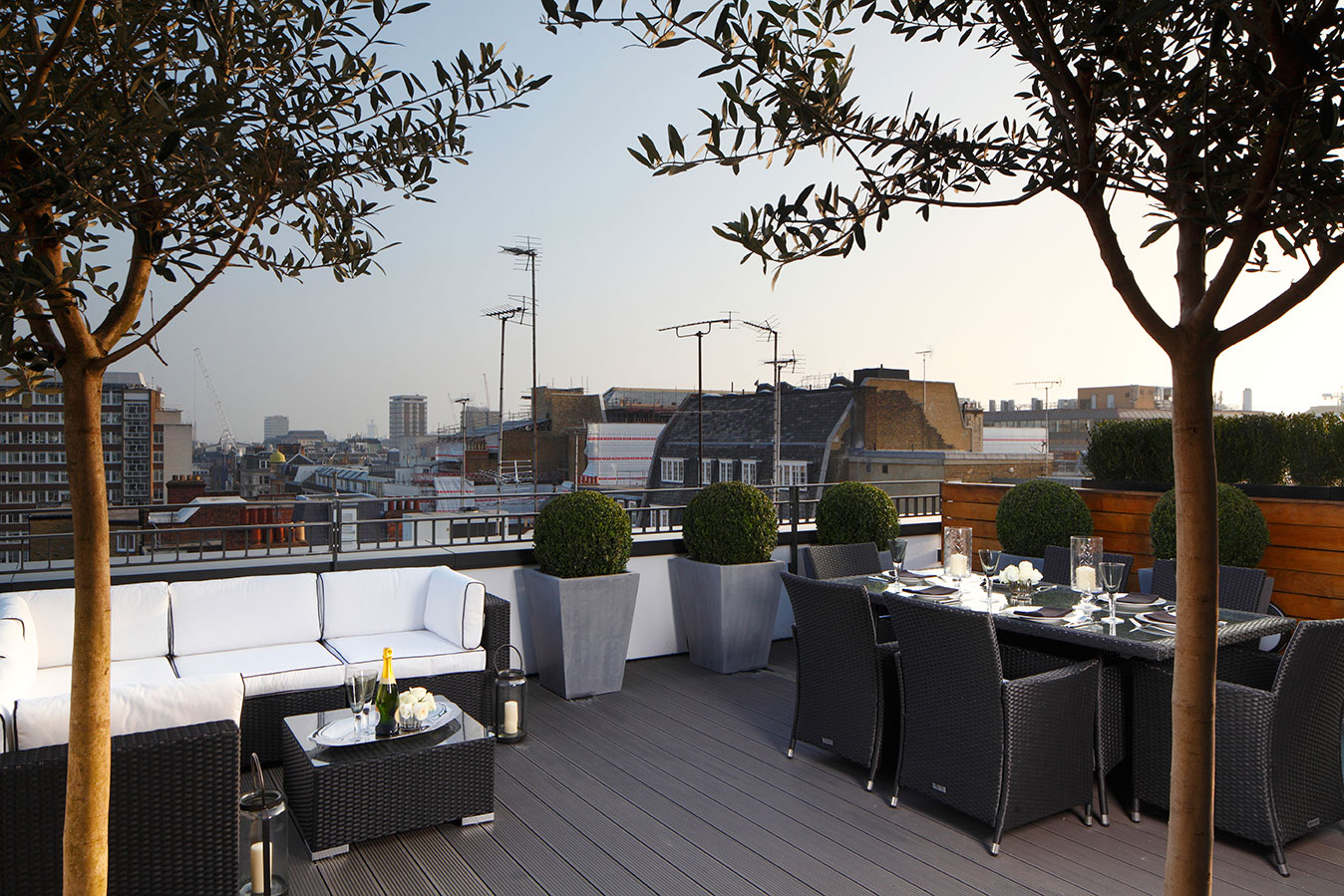 Great roof terrace with a more prosaic and typical view of tv aerials, although if you look hard you can just spot the Victoria Tower at Westminster. 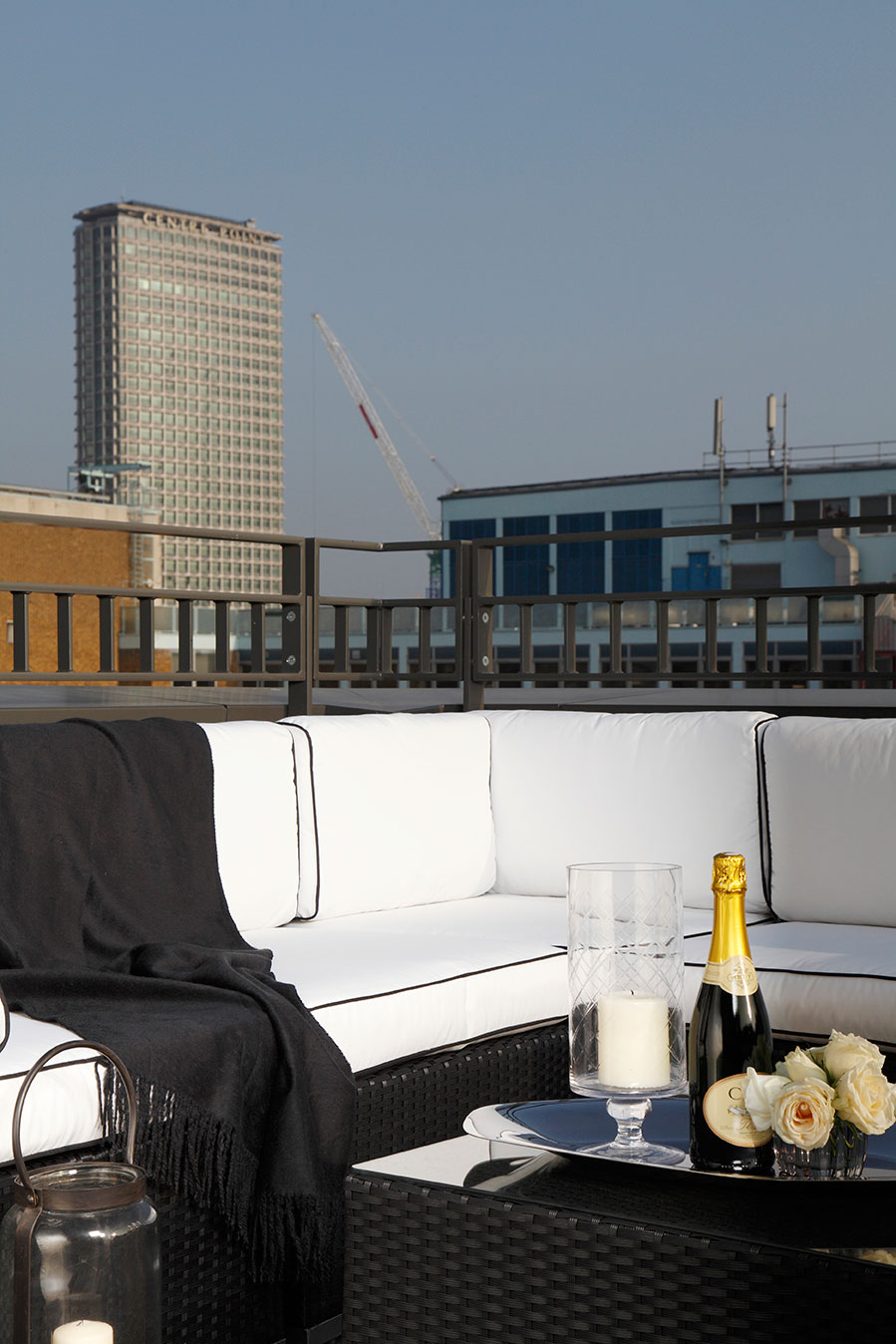 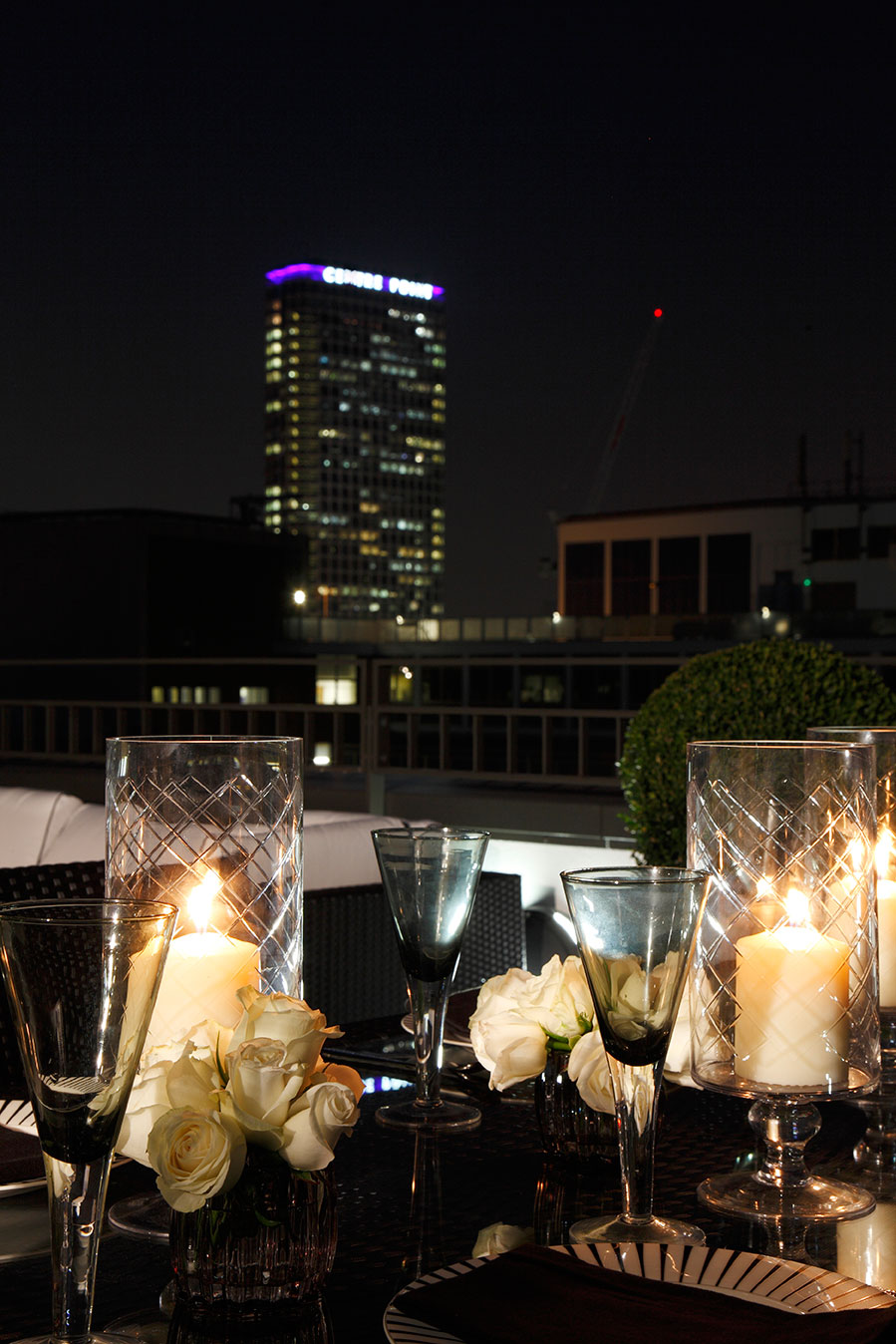 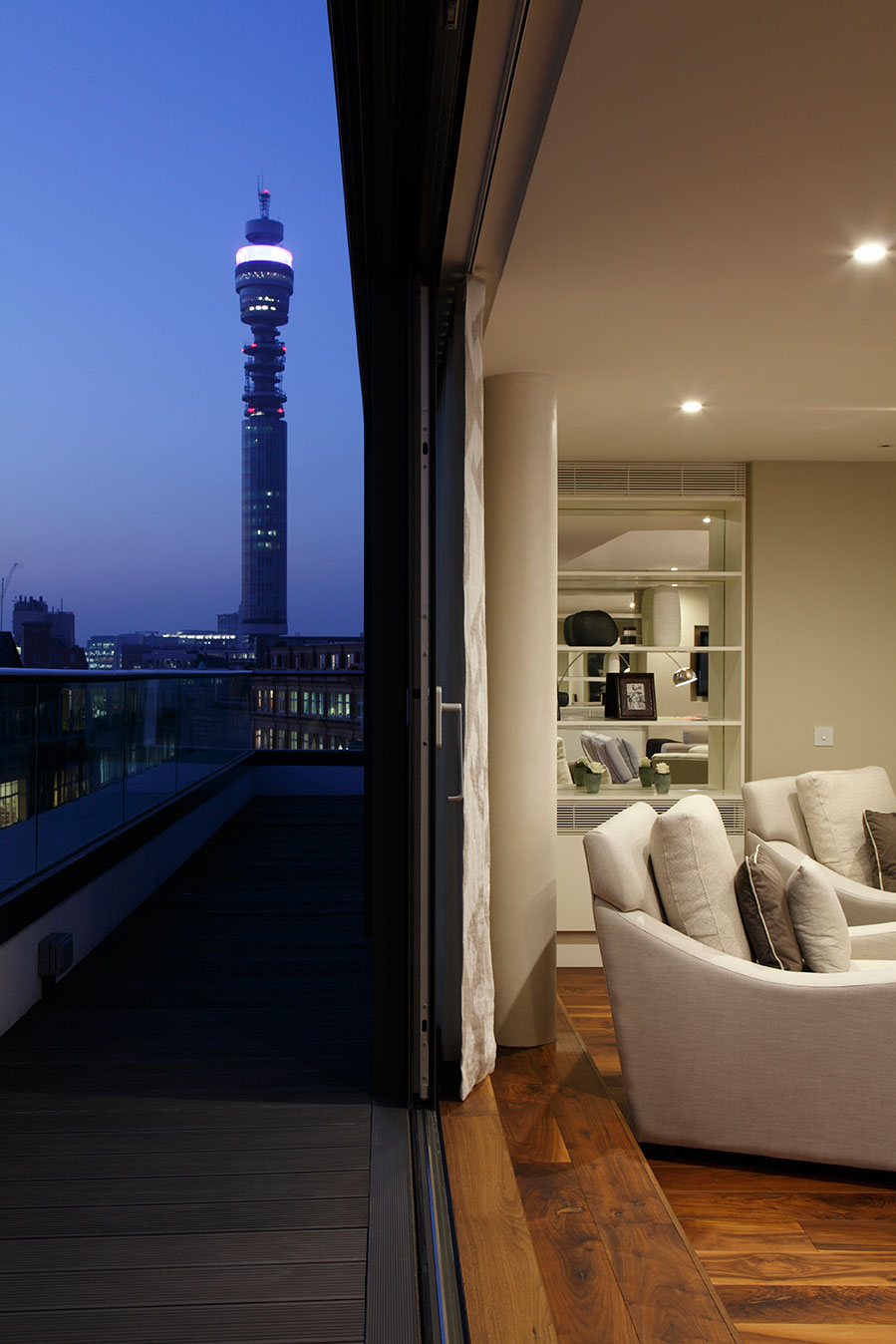 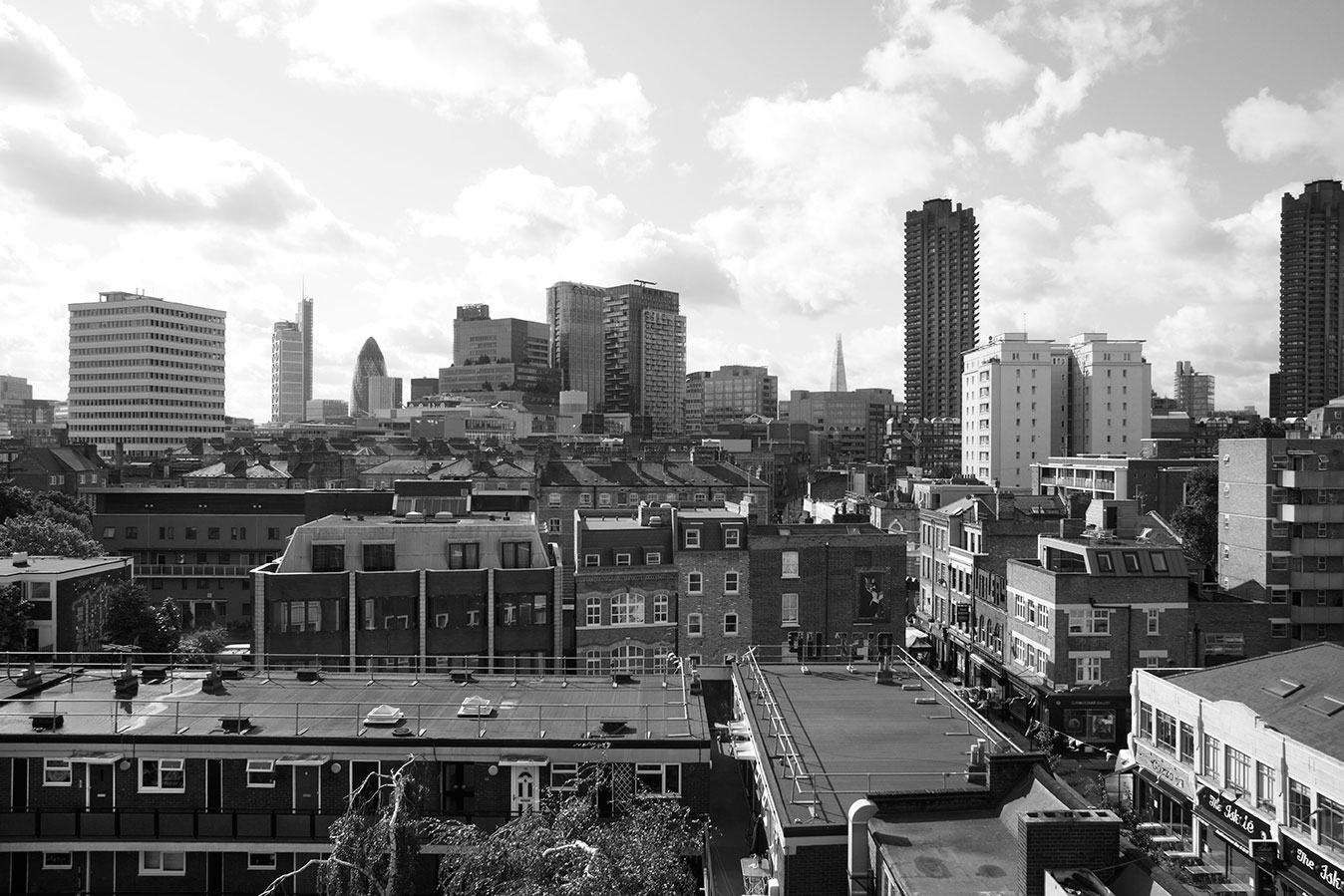 I was photographing the apartment in the corner building on the right of the picture, and got permission to get shots from a resident in a neighbouring block. 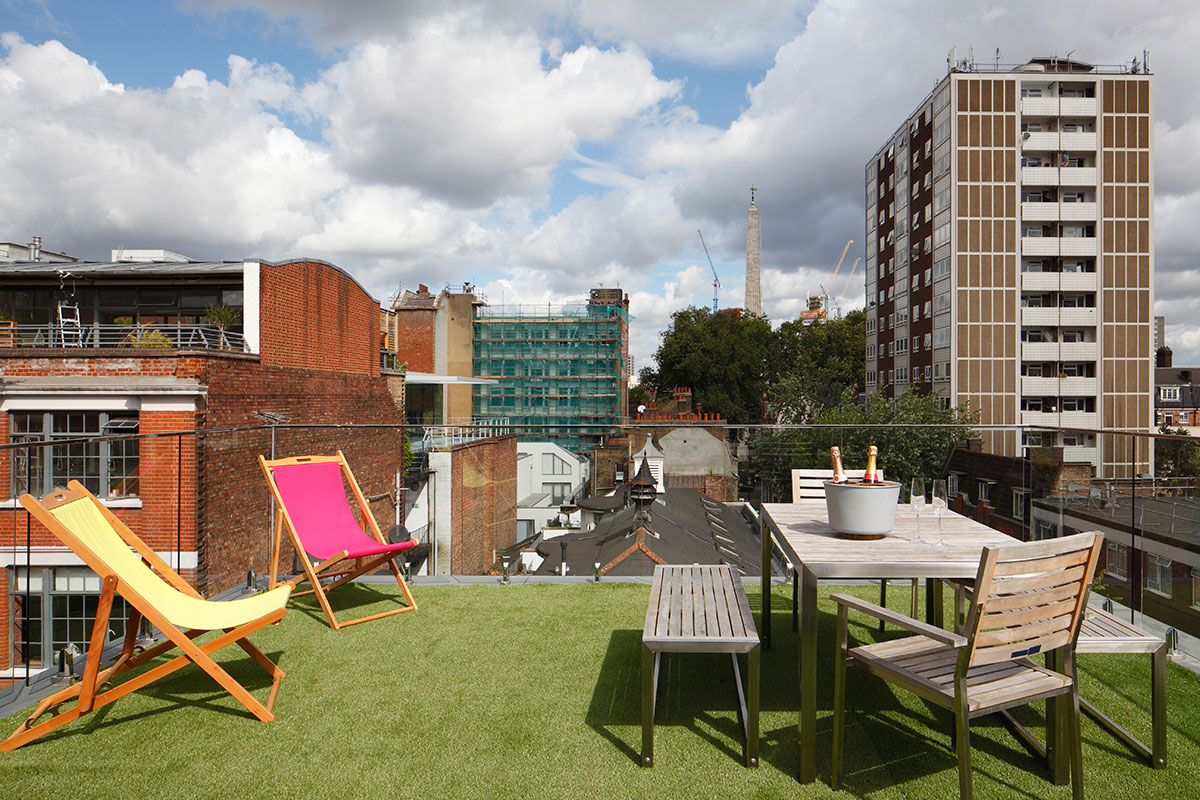 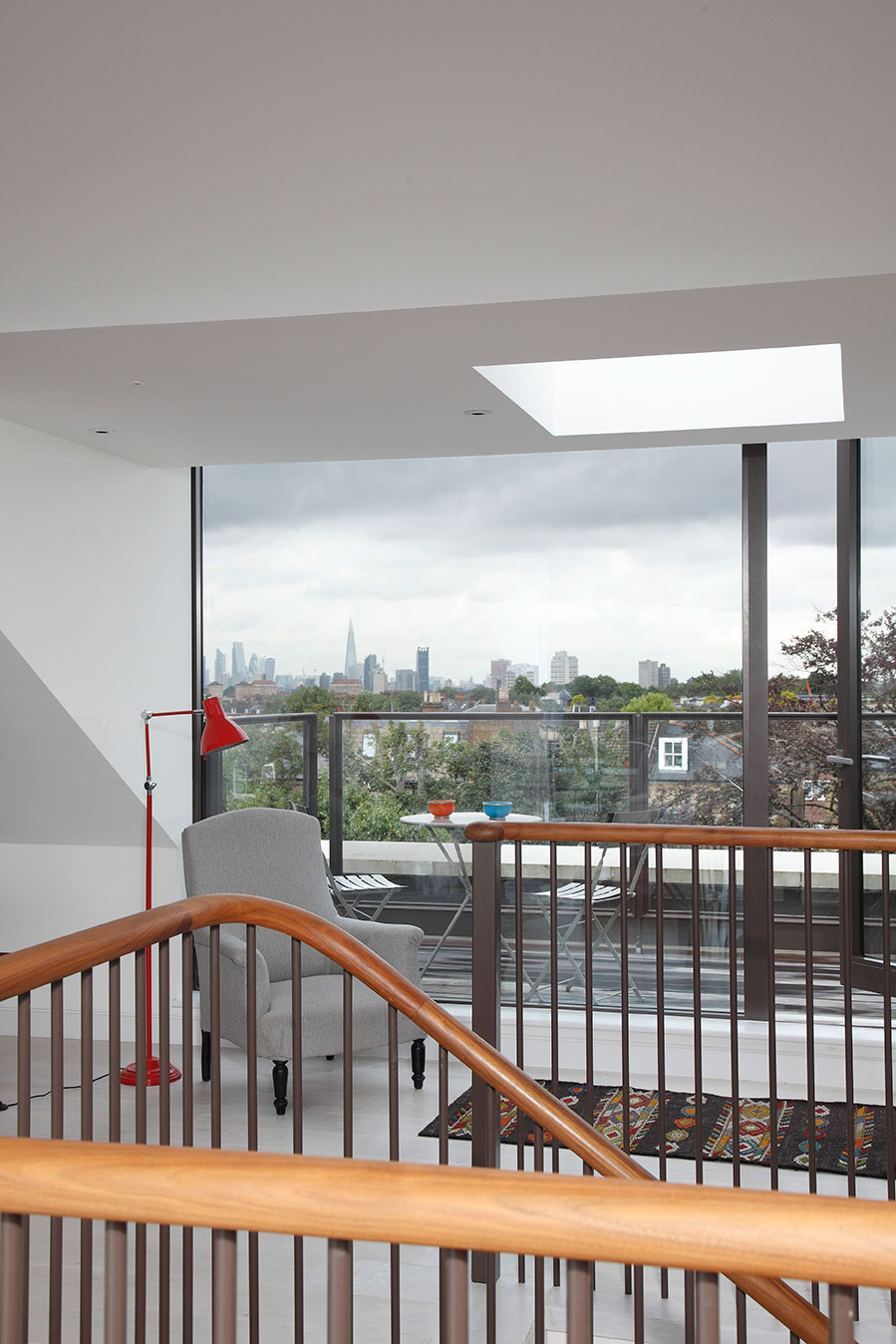 From the top floor of a house designed by Squire & Partners 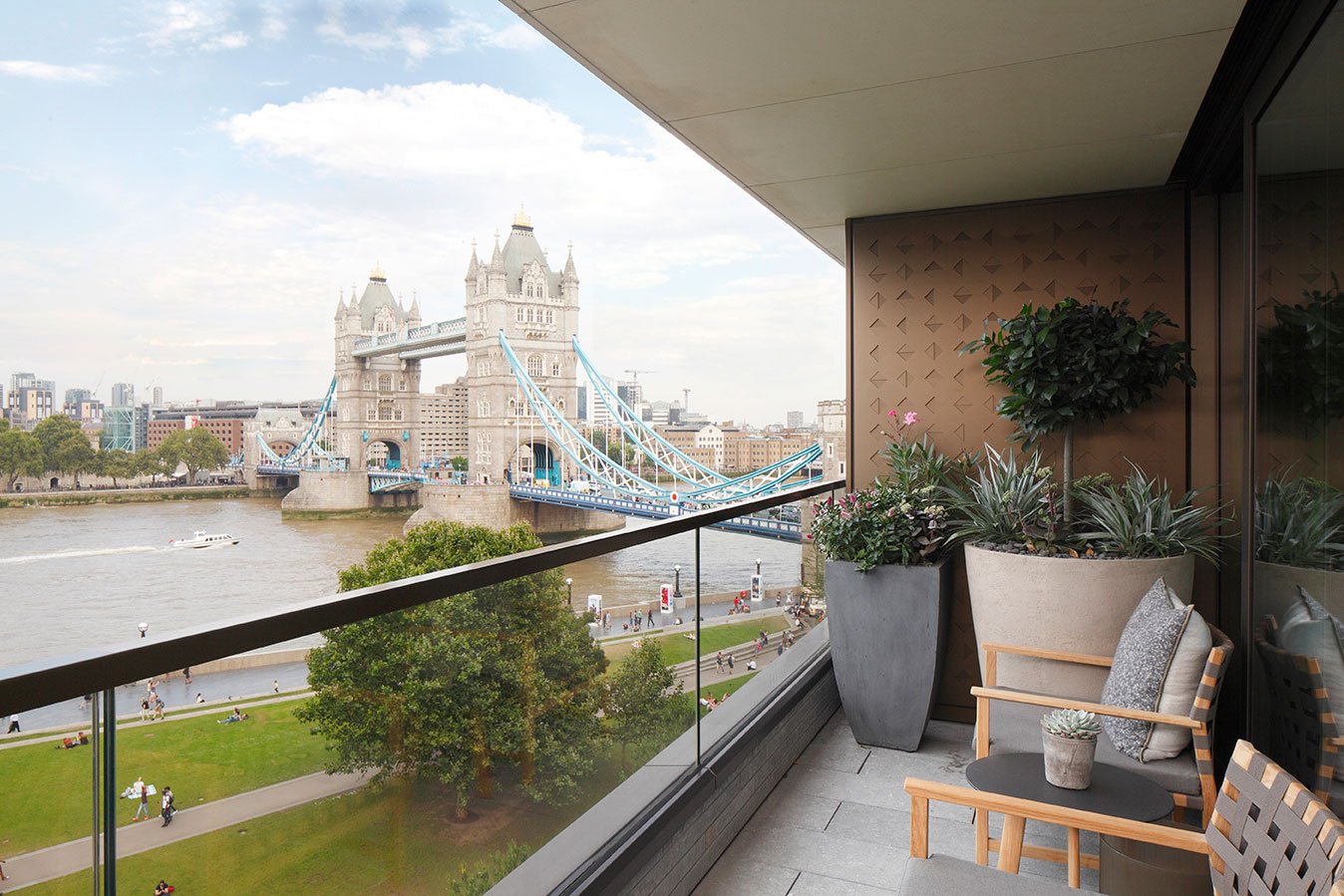 Just a modest balcony in this scheme designed by Squire & Partners 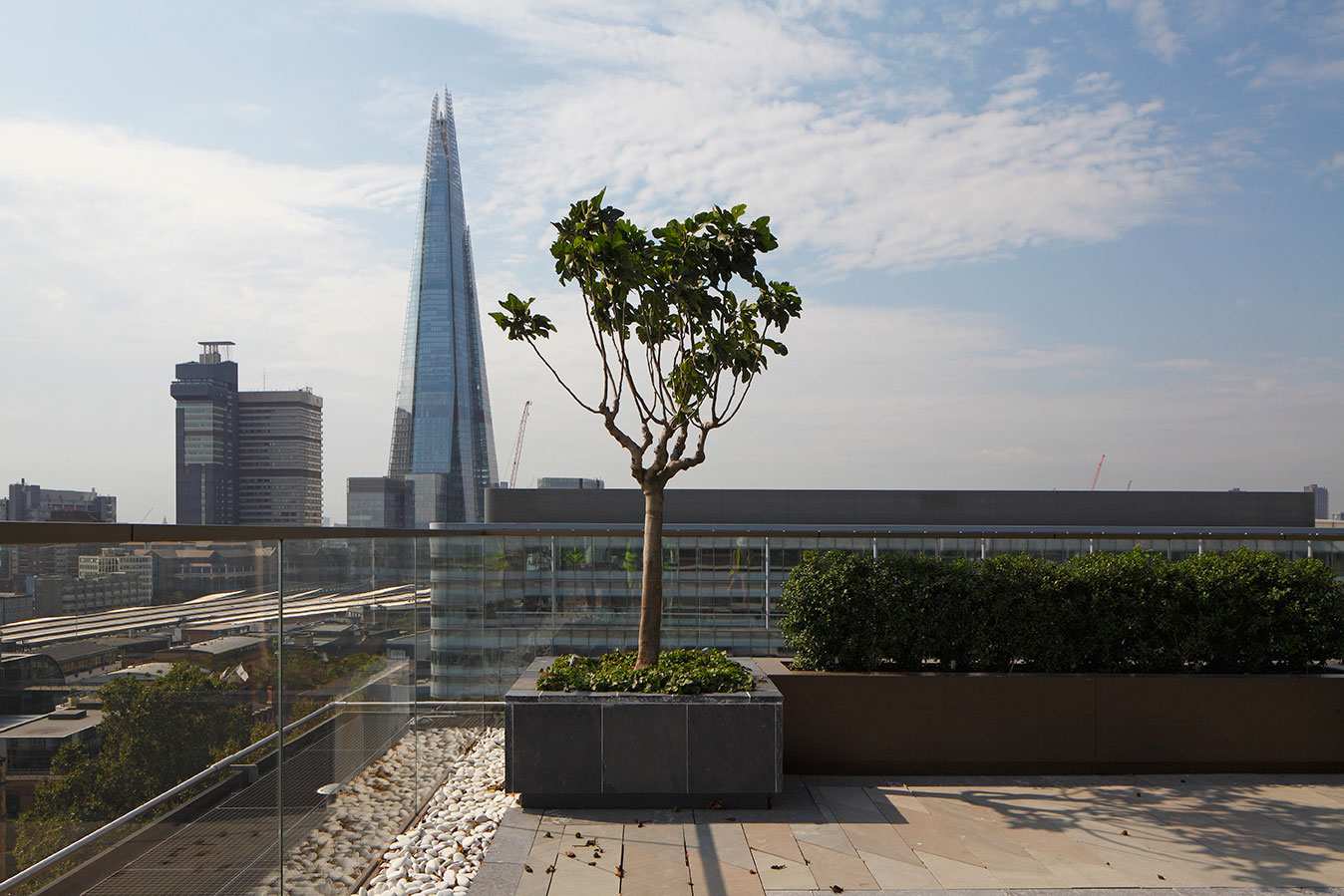 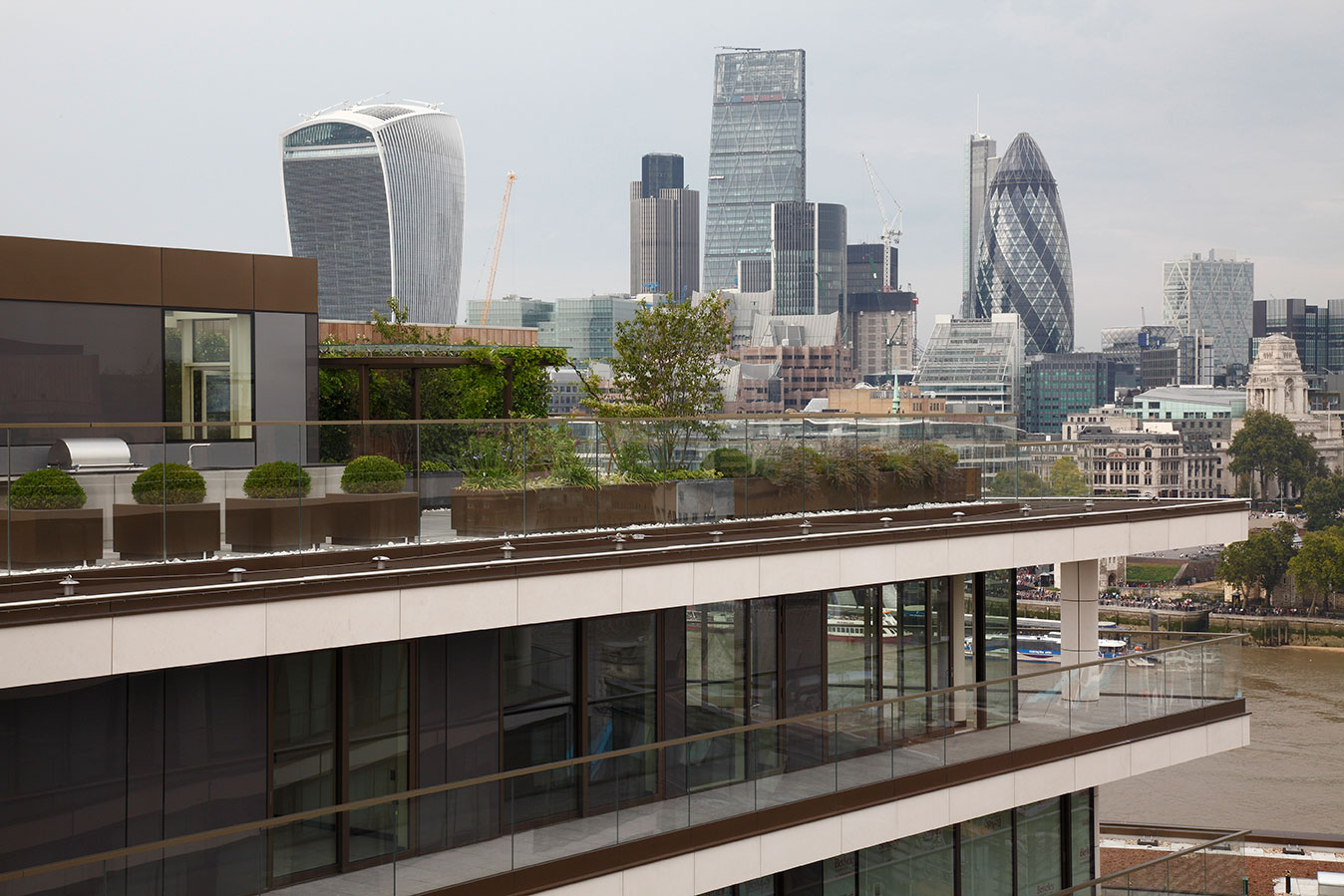 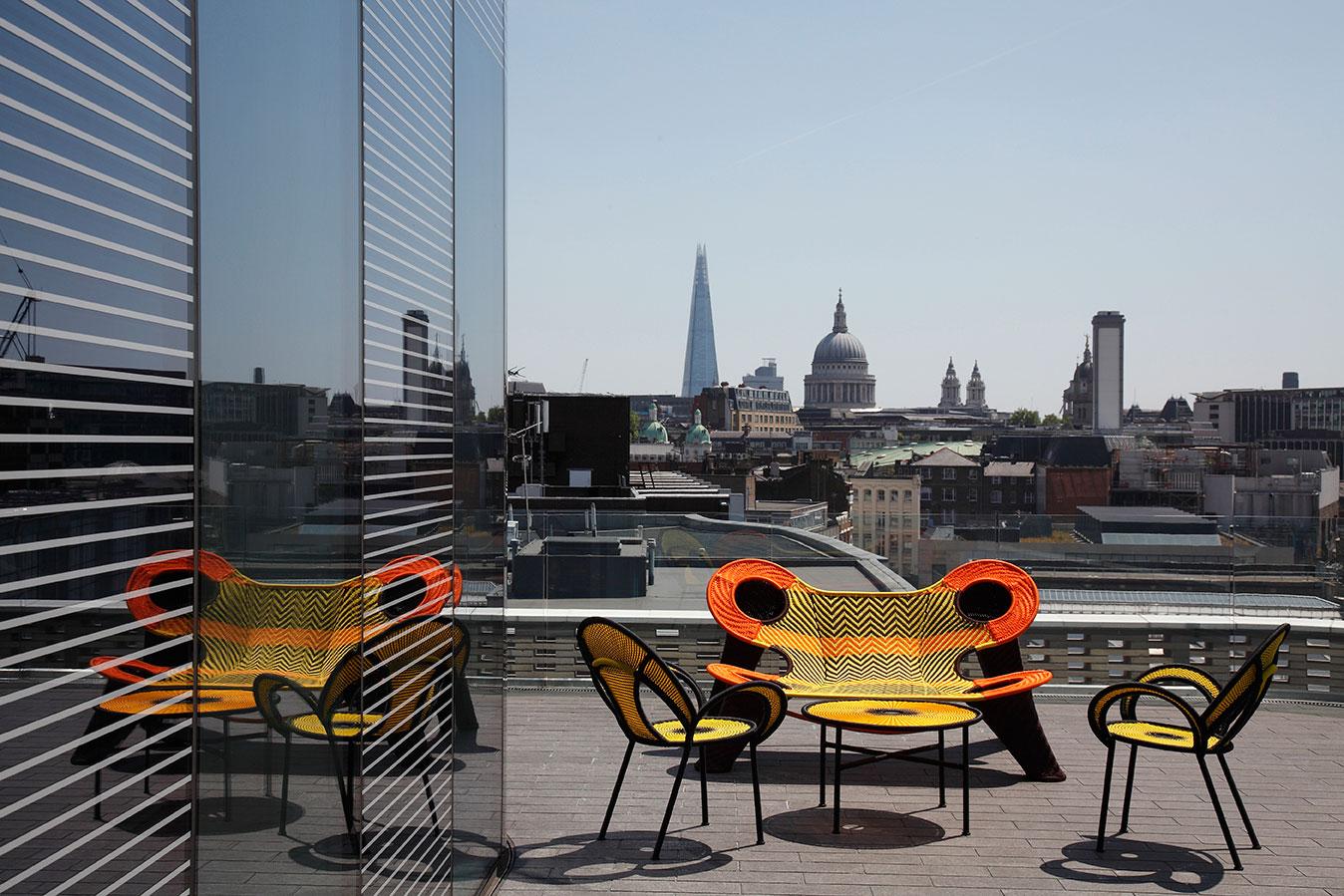 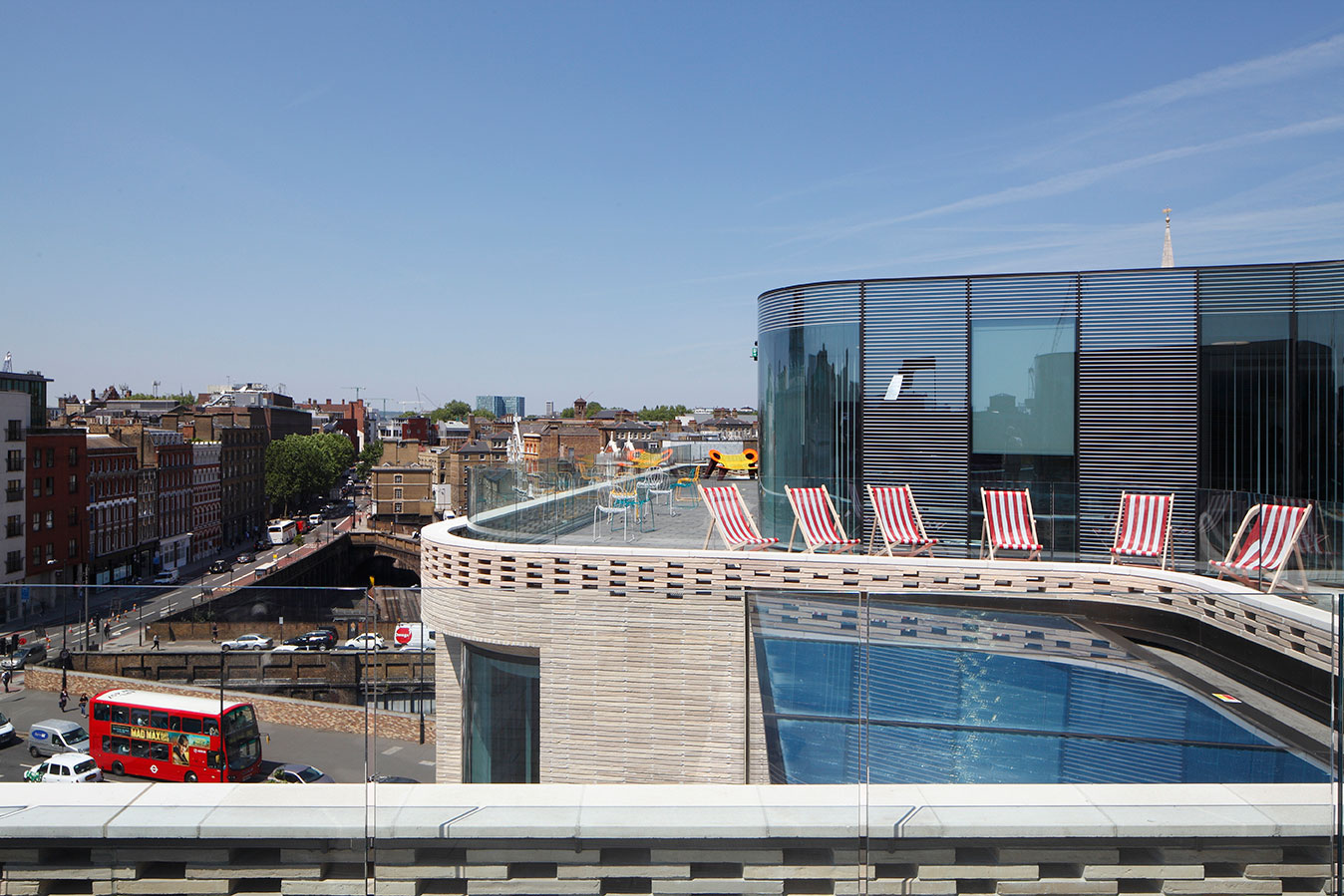 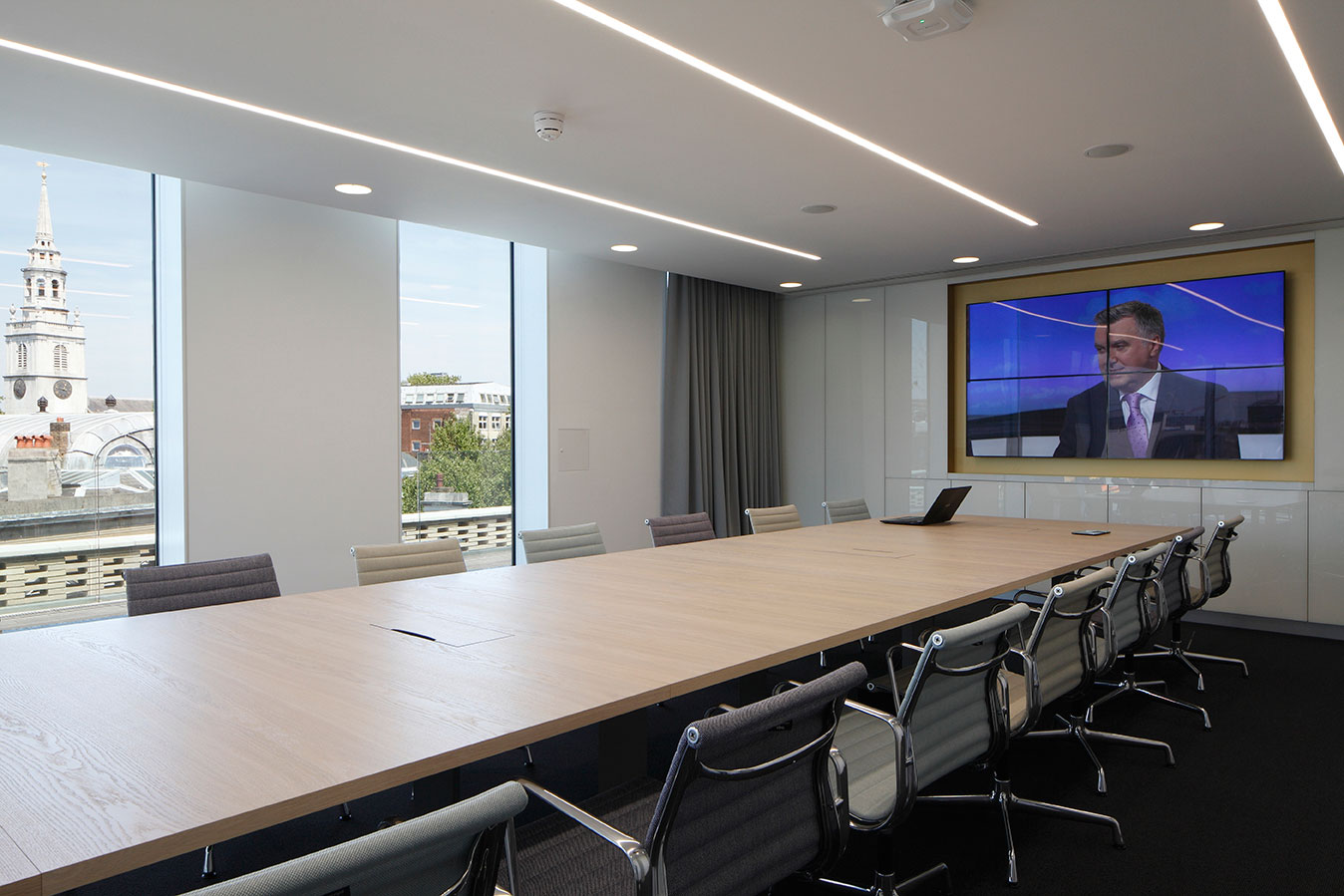 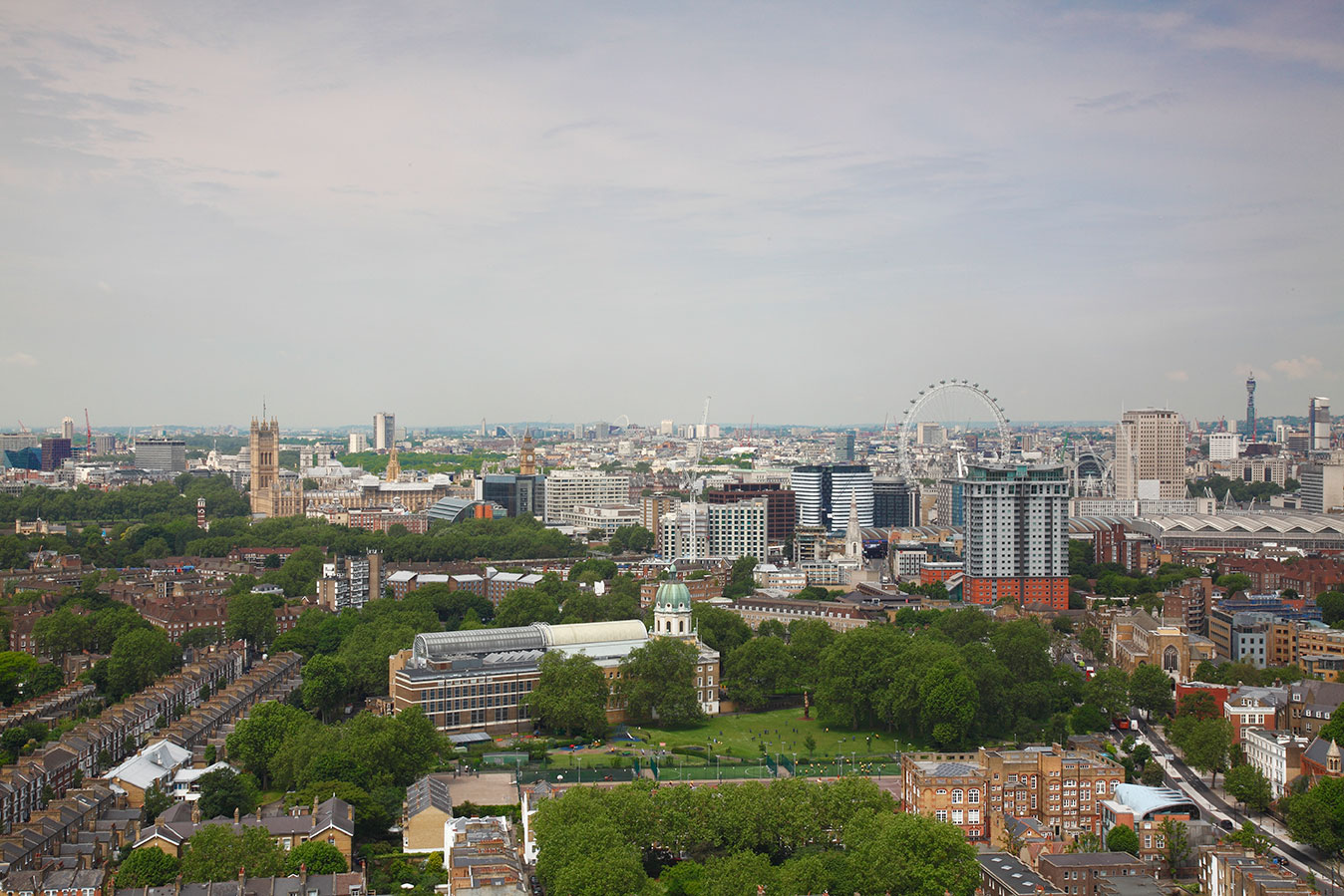 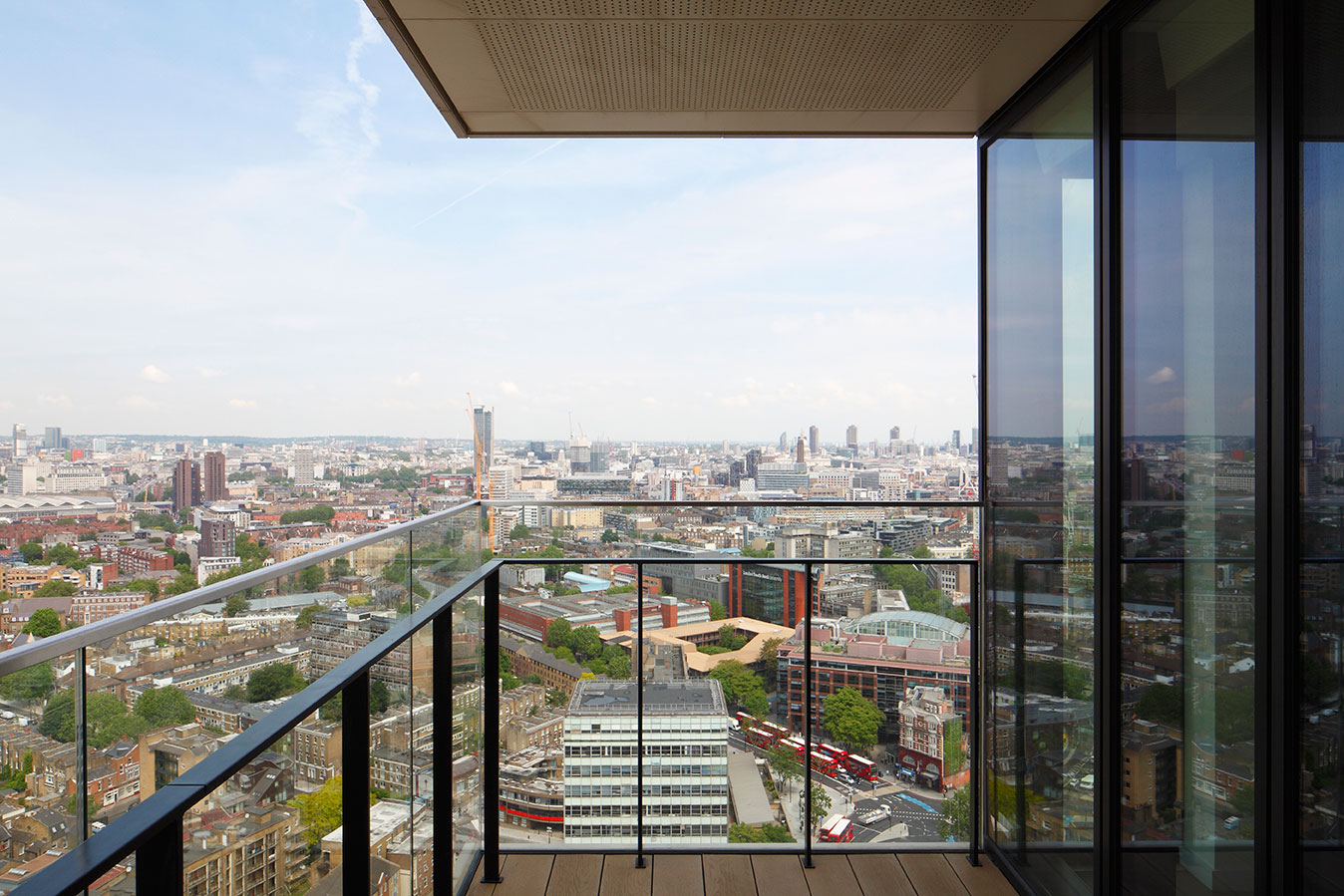 Looking north from a balcony in this impressive Squire & Partners development 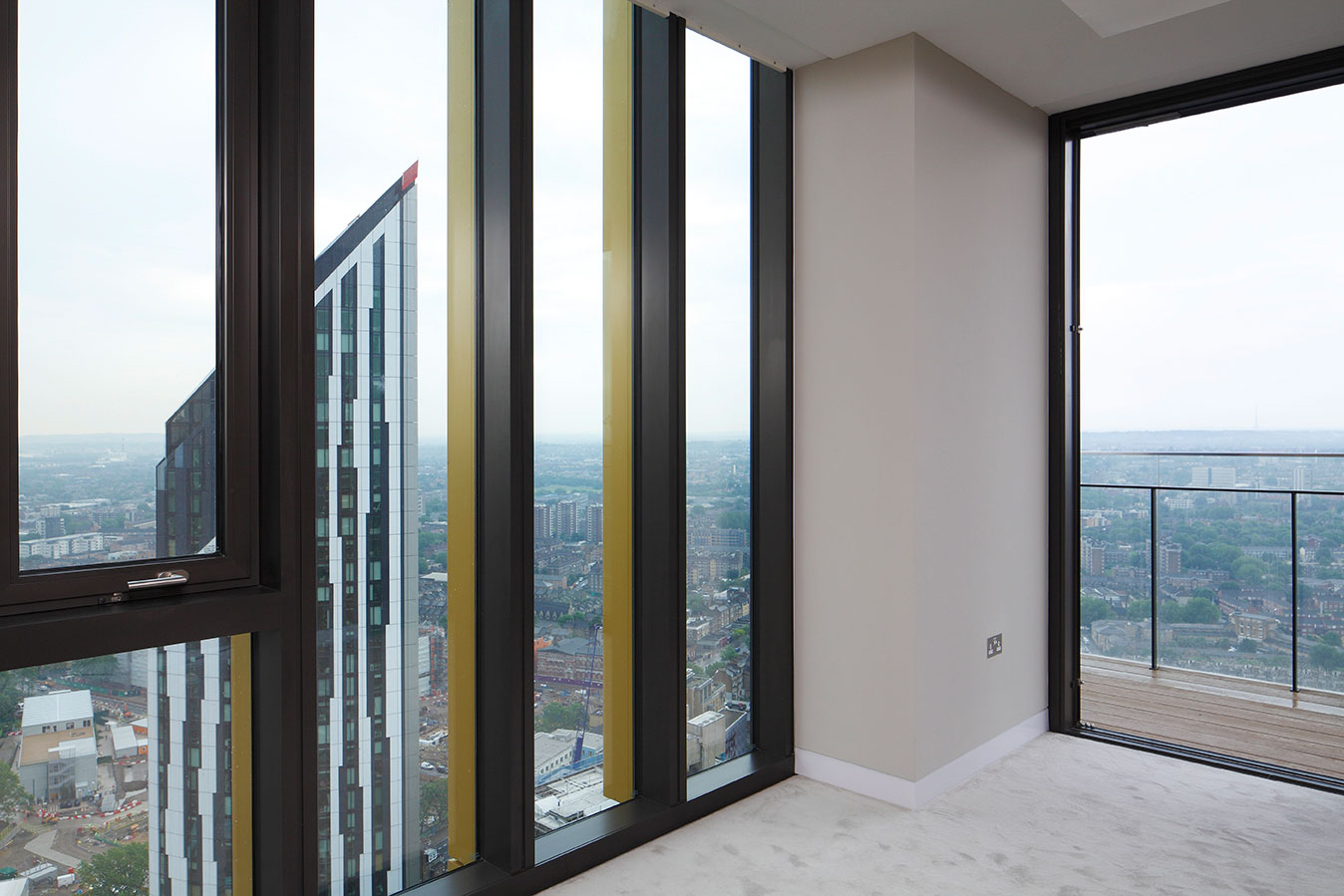 The ‘Gotham City’ tower next door 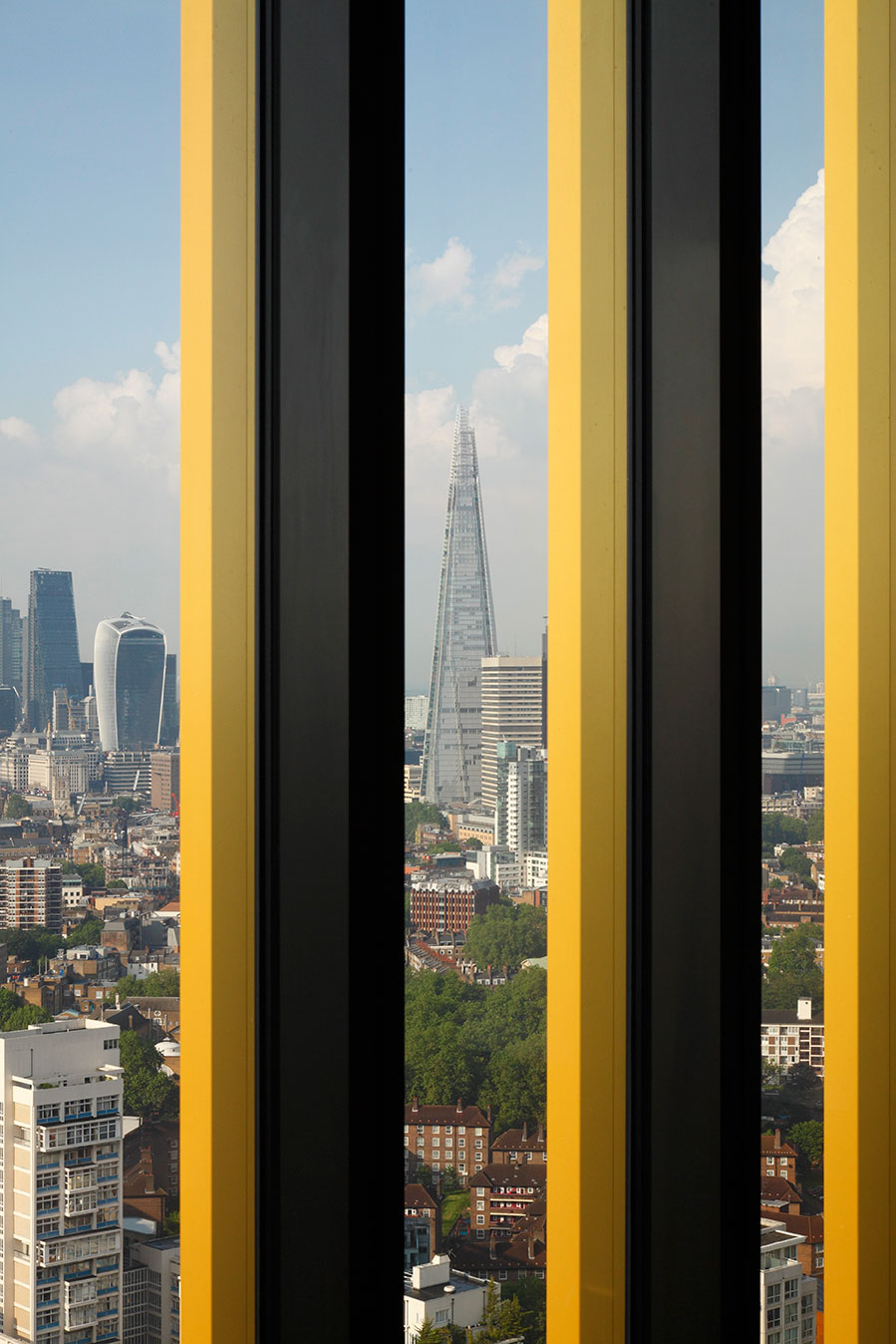 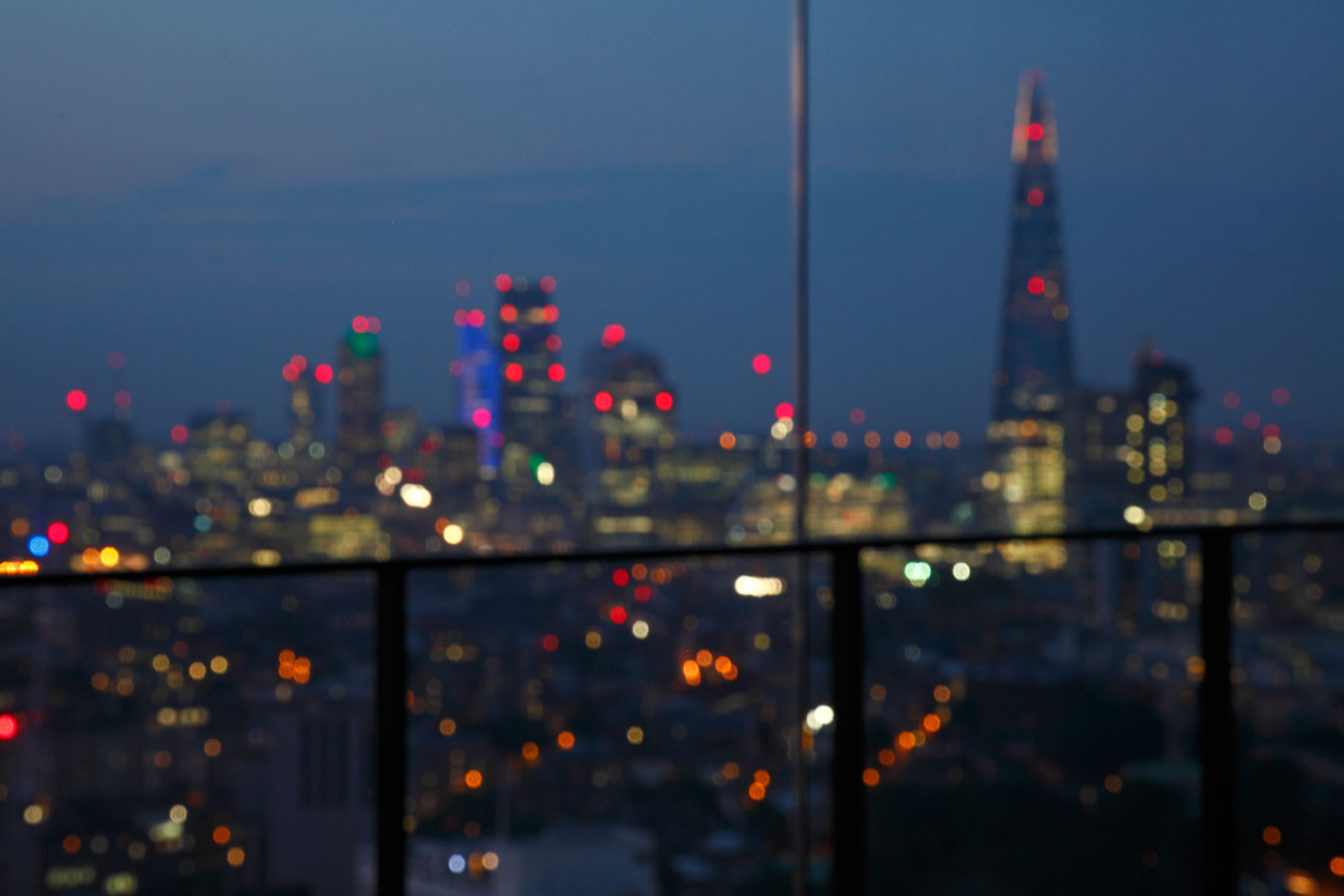