I’ve always thought Mount Street in Mayfair to be one of London’s most elegant streets. Part of its beauty lies in the uniformity of so many of the decorated terracotta facades, so it was a surprise to discover while researching this post, that it was developed in typically London piecemeal fashion, with separate landowners commissioning a variety of architects. The street has also managed to retain a certain amount of consistency in its smart shopfronts, unlike most of London’s shopping streets. However the shops’ range of tenants has recently undergone quite a change. Where before there were antique shops, discreet galleries and purveyors of old fashioned luxury goods, increasingly they are being replaced by some of the big names of the international fashion elite, including Marc Jacobs, Celine, Loewe, and Balenciaga, making it a new western outpost of Bond Street.
Where Mount Street opens onto Carlos Place, stands a terracotta facade that resolutely does not change. With no shop windows on the ground floor to grab your attention, you may not have actually noticed it. Standing alongside the entrance to Mount Street Gardens, No.114 is a Vestry Hall and Presbytery, built in the 1880s to the designs of A E Purdie, to serve the neighbouring Farm Street Catholic Church. Parts of the interior have just undergone  refurbishment, and being a listed structure, the work was necessarily sensitive and unobtrusive. Naturally most architects and designers want to put their stamp on a project, but here, Sketch Design, left egos at the door, to respectfully and thoroughly revive a grand old space. 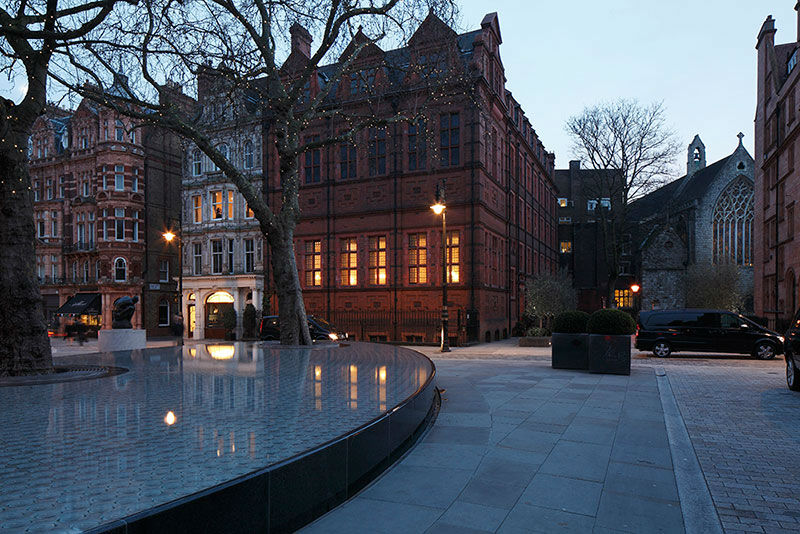 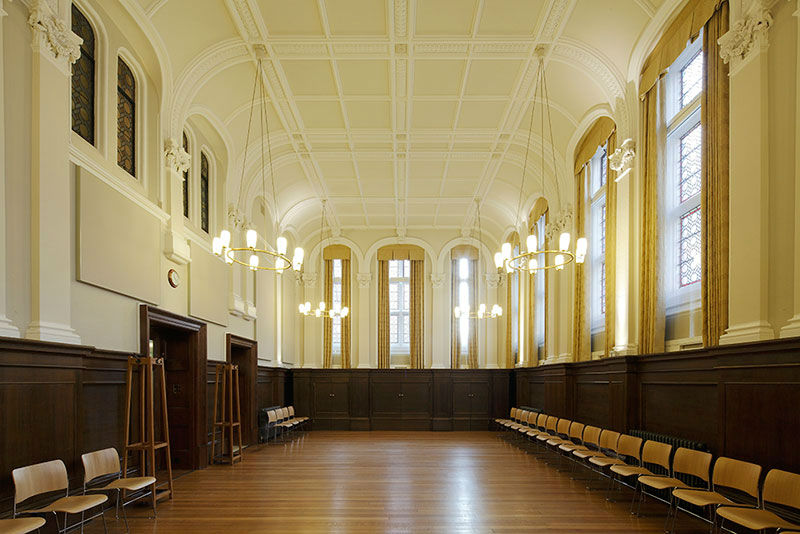 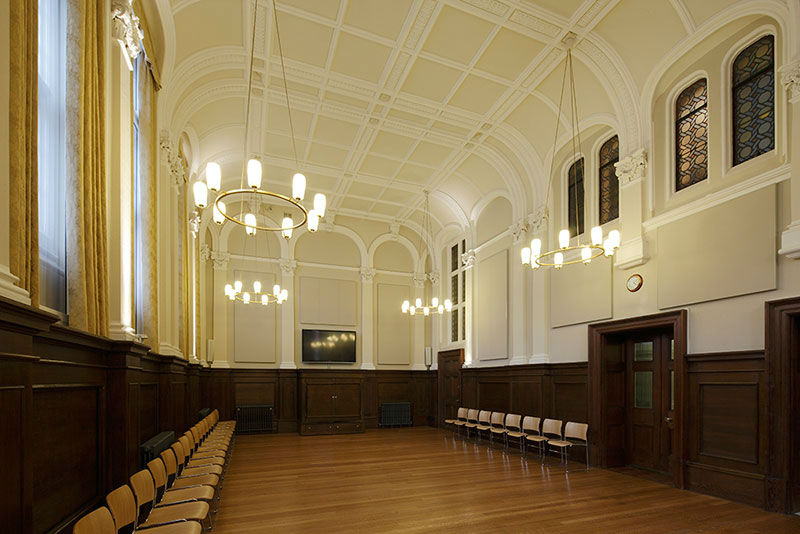 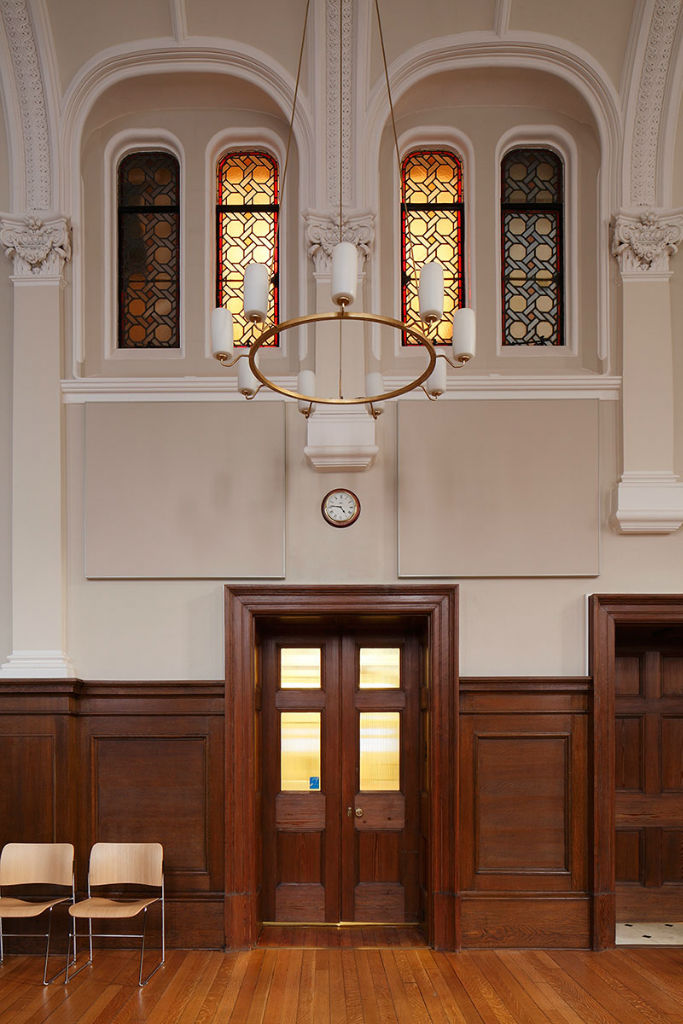 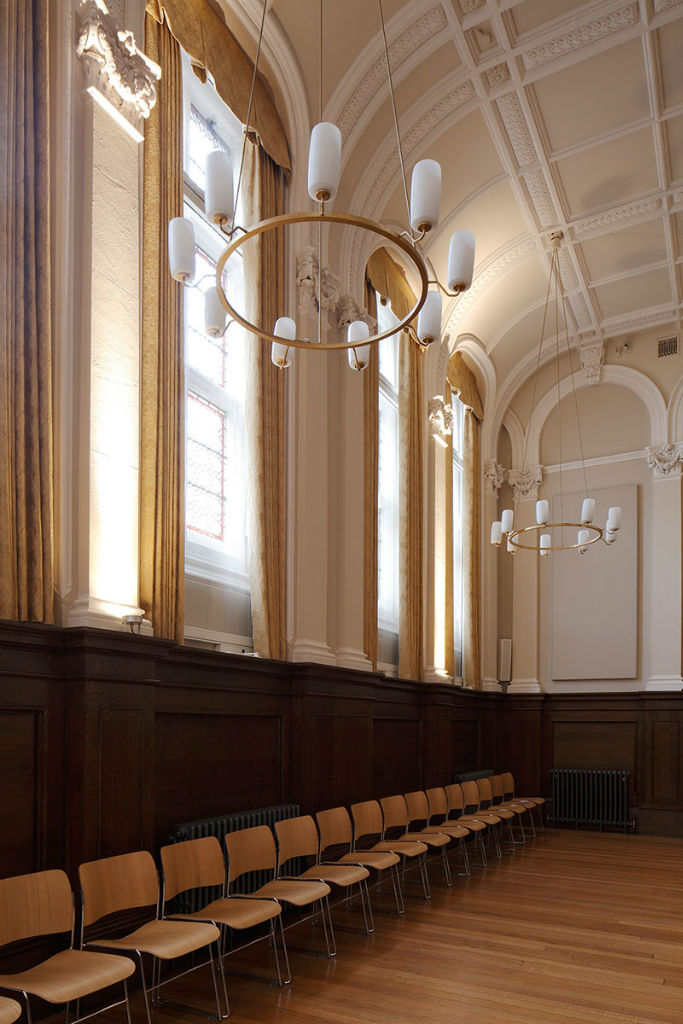 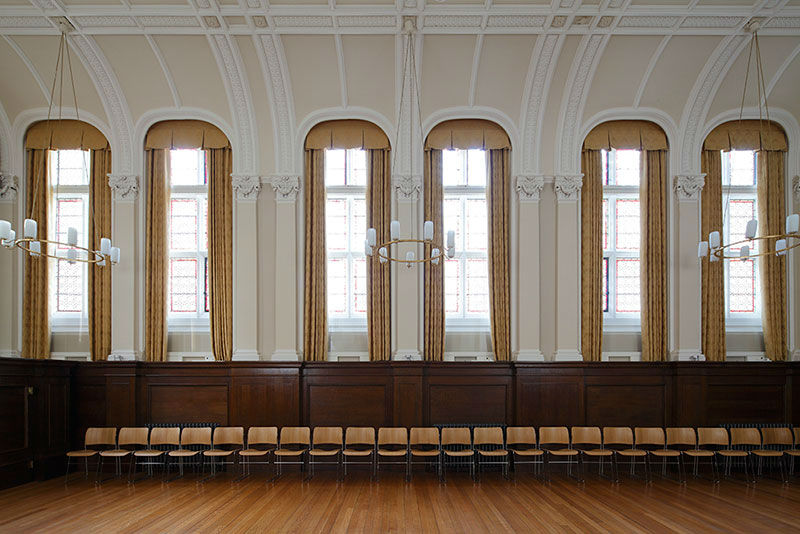 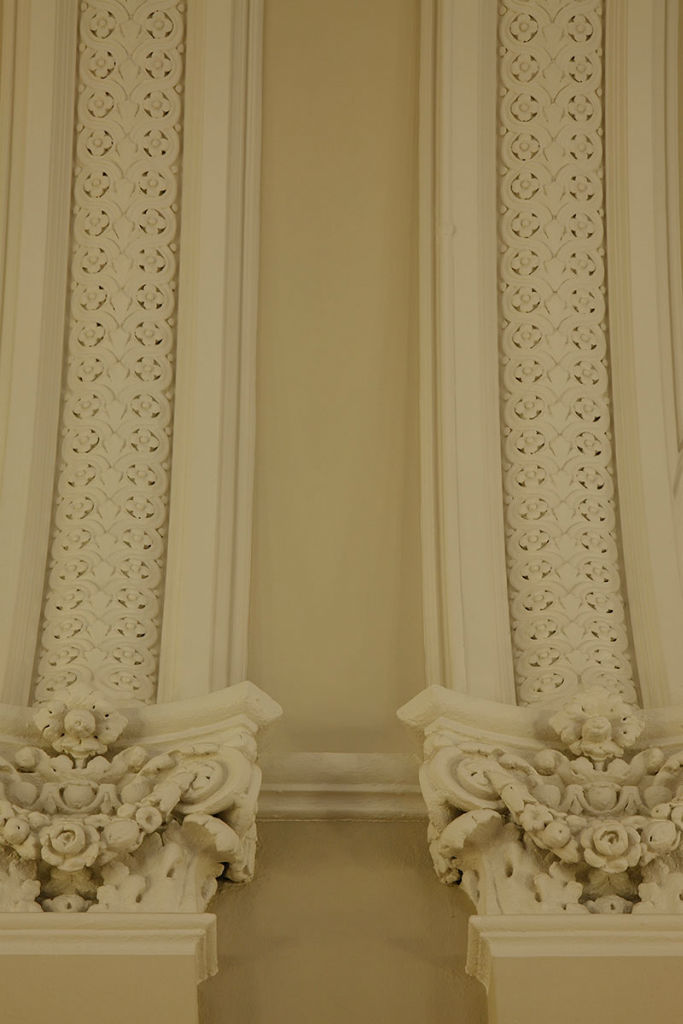 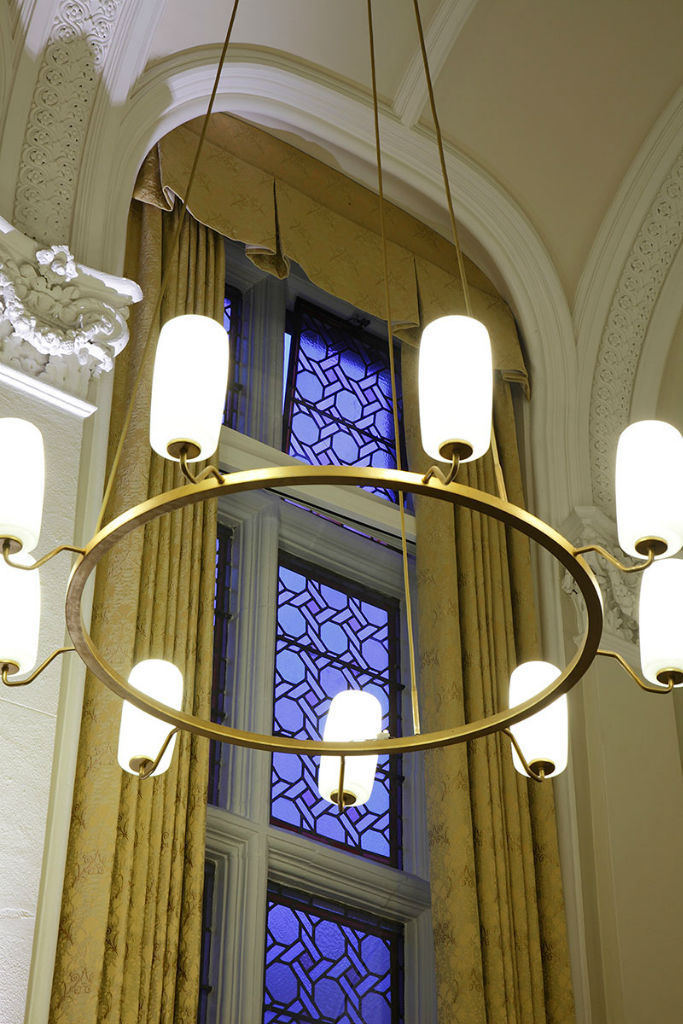 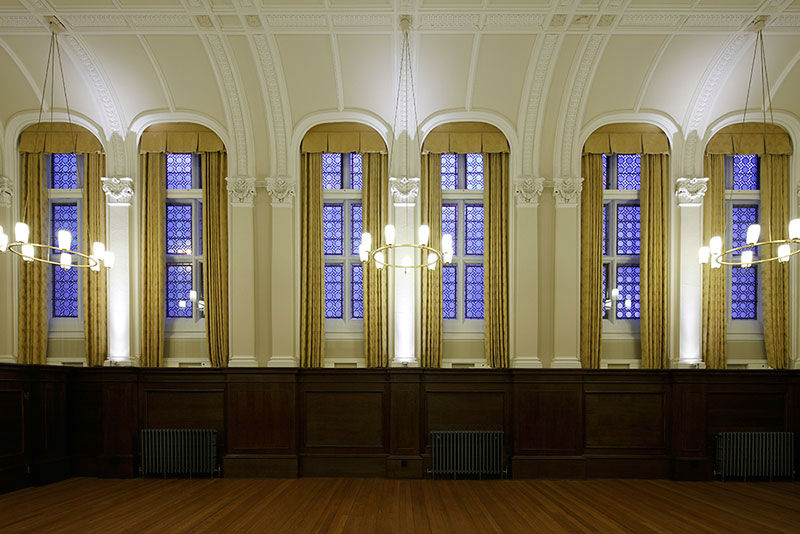 The exterior at dusk beyond the stunning fountain by Japanese Architect, Tadao Ando. The installation, called ‘Silence’, with its occasional blasts of steam, was installed in 2011 as part of improvement works to Mount Street and surroundings. 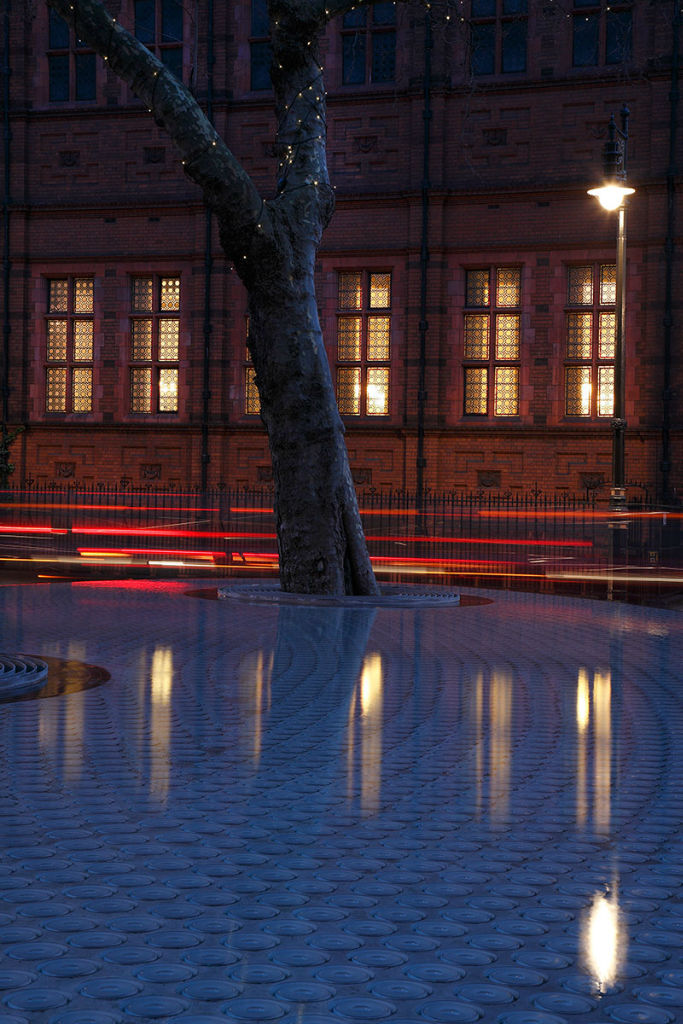 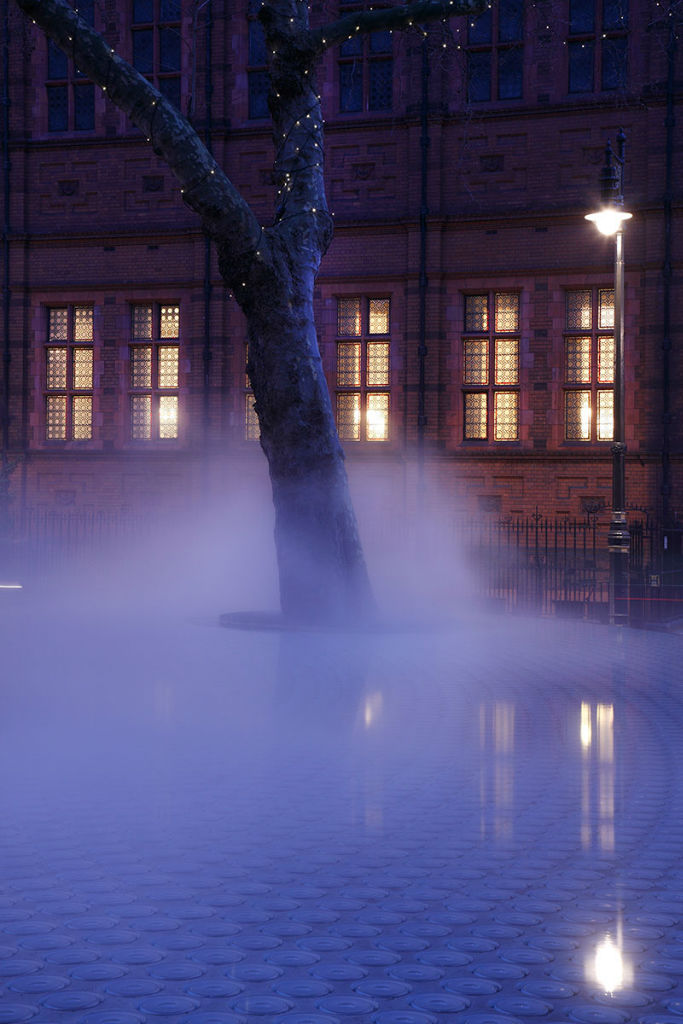 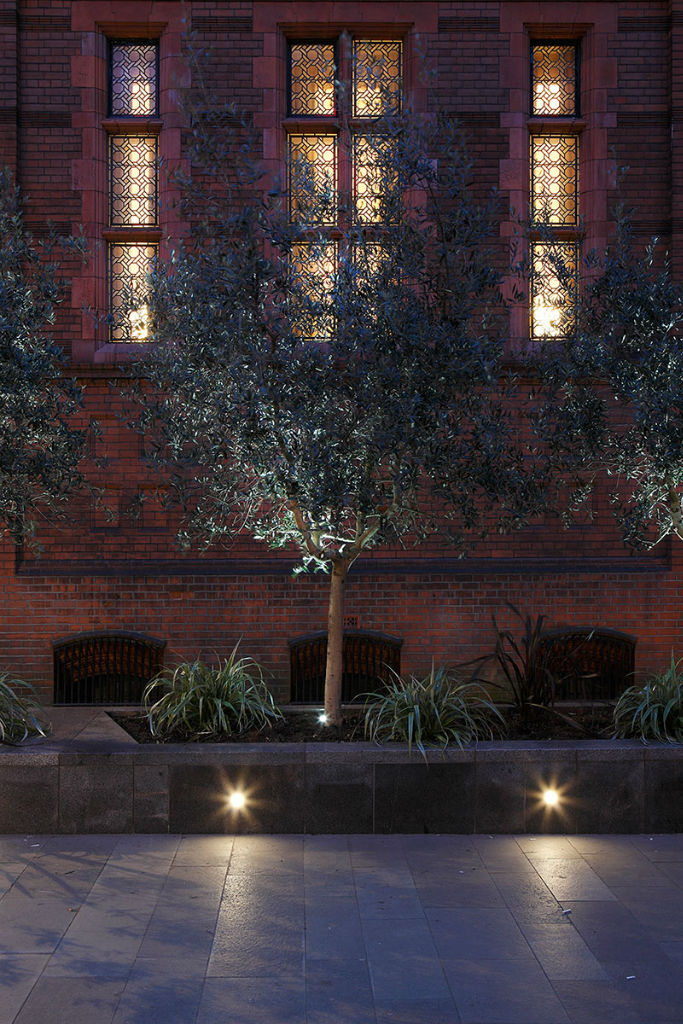