I was in Brighton (& Hove) with time to kill between taking a couple of shots of someone’s garden, and meeting an old friend for lunch. The sky could not have been bluer, and was clearly not to be wasted. Back in my student days in the city, I had probably taken countless snaps of the regency terraces along the front, but back then I didn’t have a tripod or a tilt/shift lens. I emerged on to the seafront just west of Regency Square, and it’s gigantic new pole still awaiting its viewing doughnut. With my back to it, I headed west to capture some of the seafront’s best bits. First stop was the magnificent, Indian inspired Birdcage Bandstand, built in 1884. Disappointingly in recent years it’s been painted dark green, which is entirely unsuitable in this location. Previously it had been the same shade of turquoise as the promenade railings and lampposts, which yesterday perfectly matched the colour of the sea. 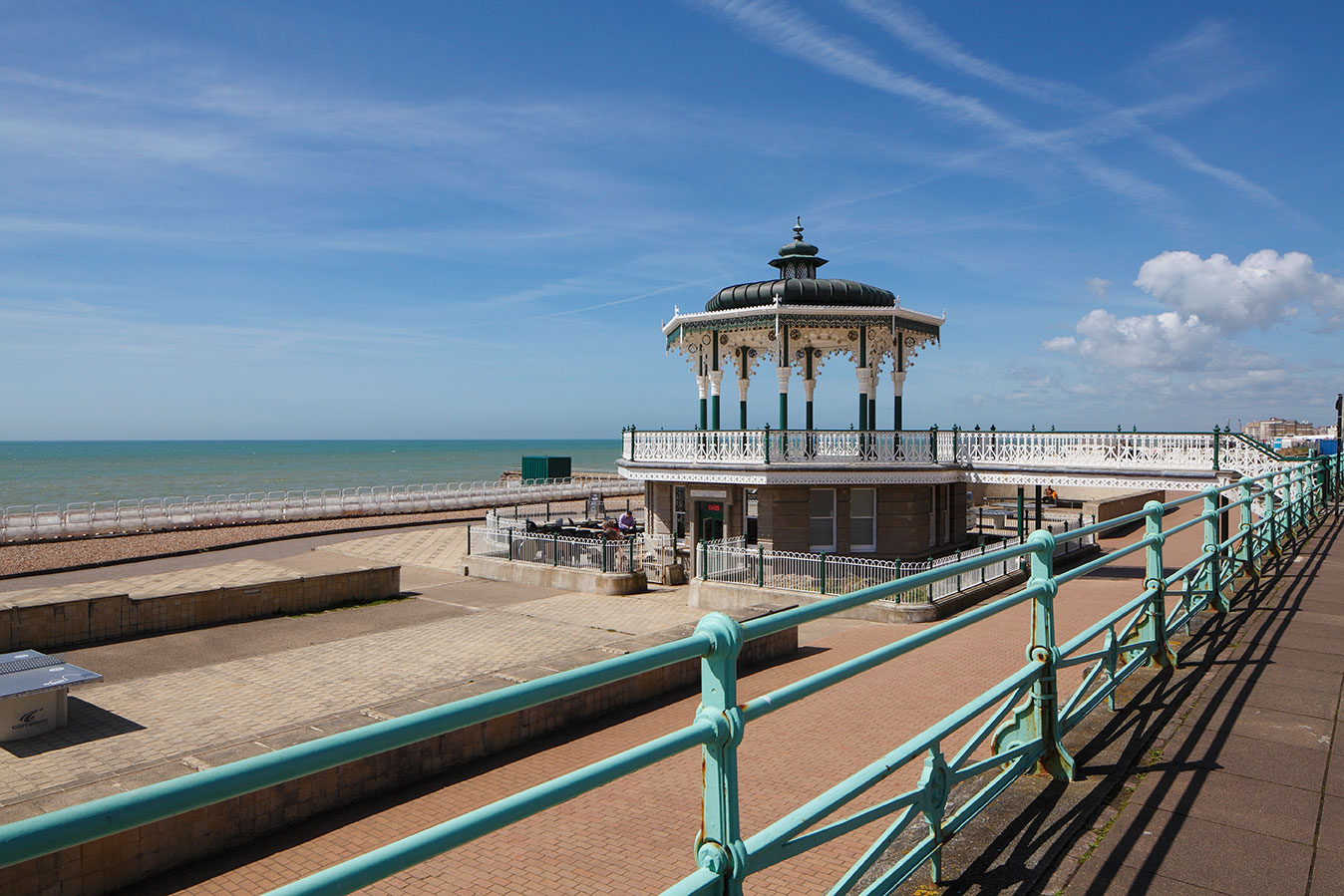 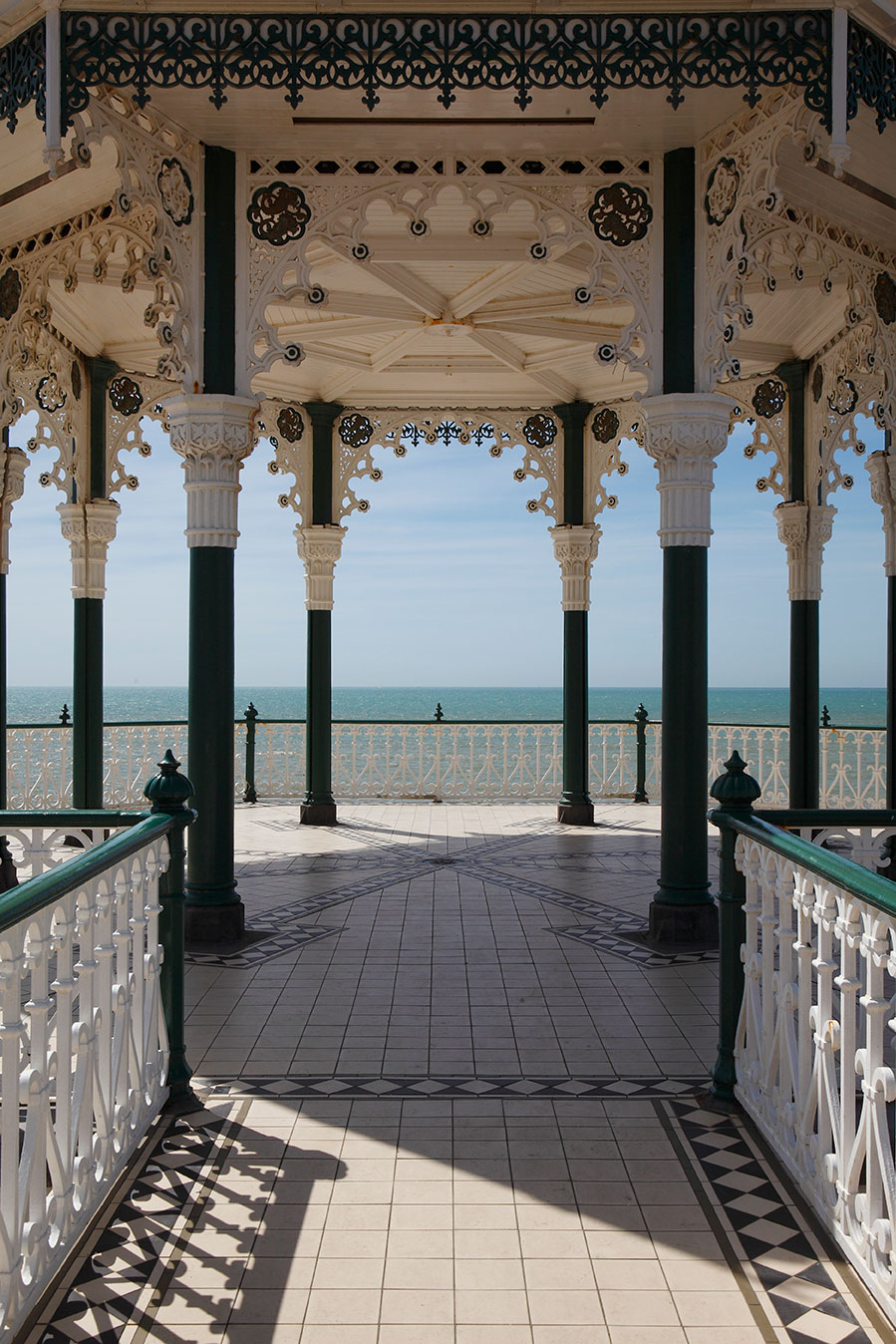 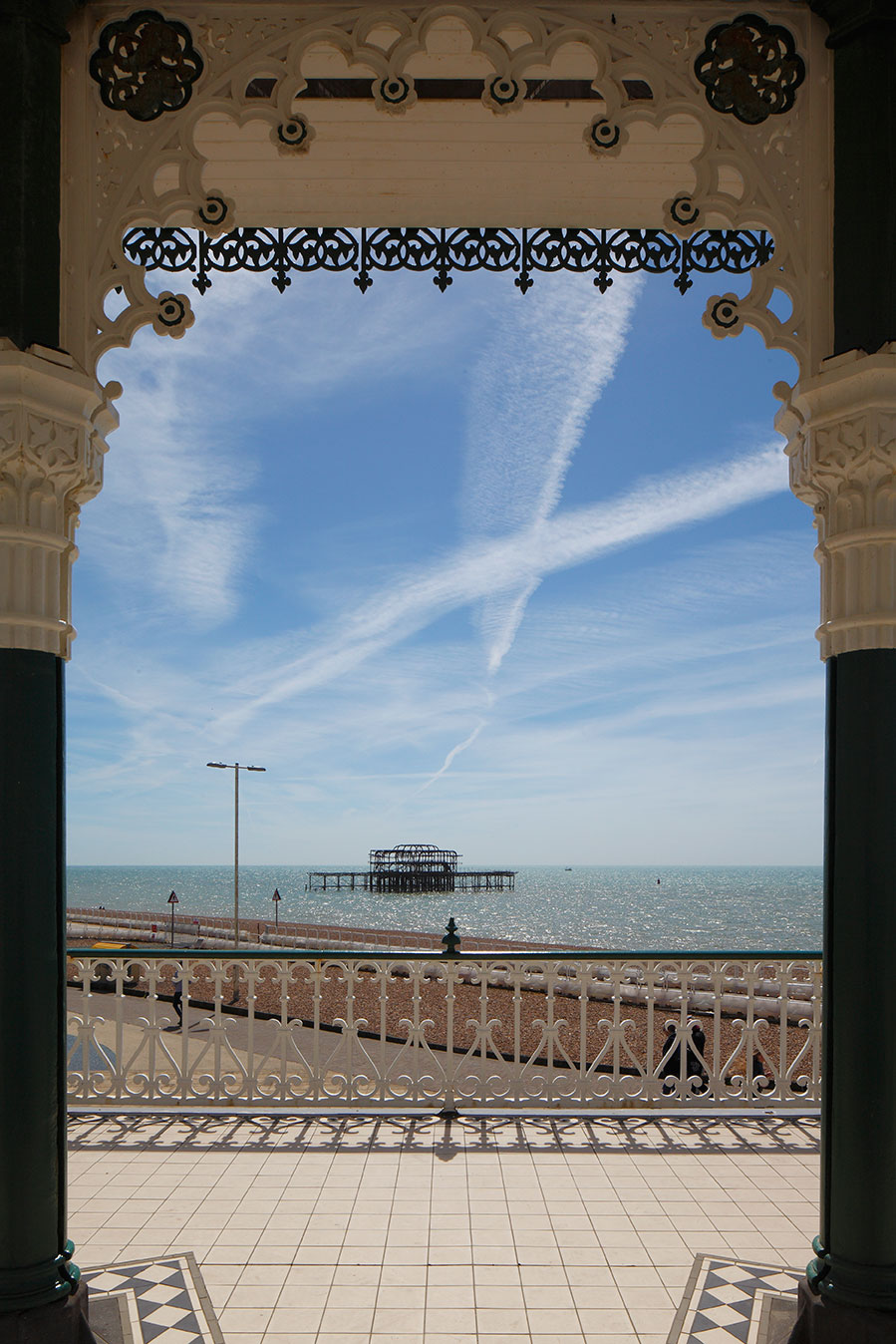 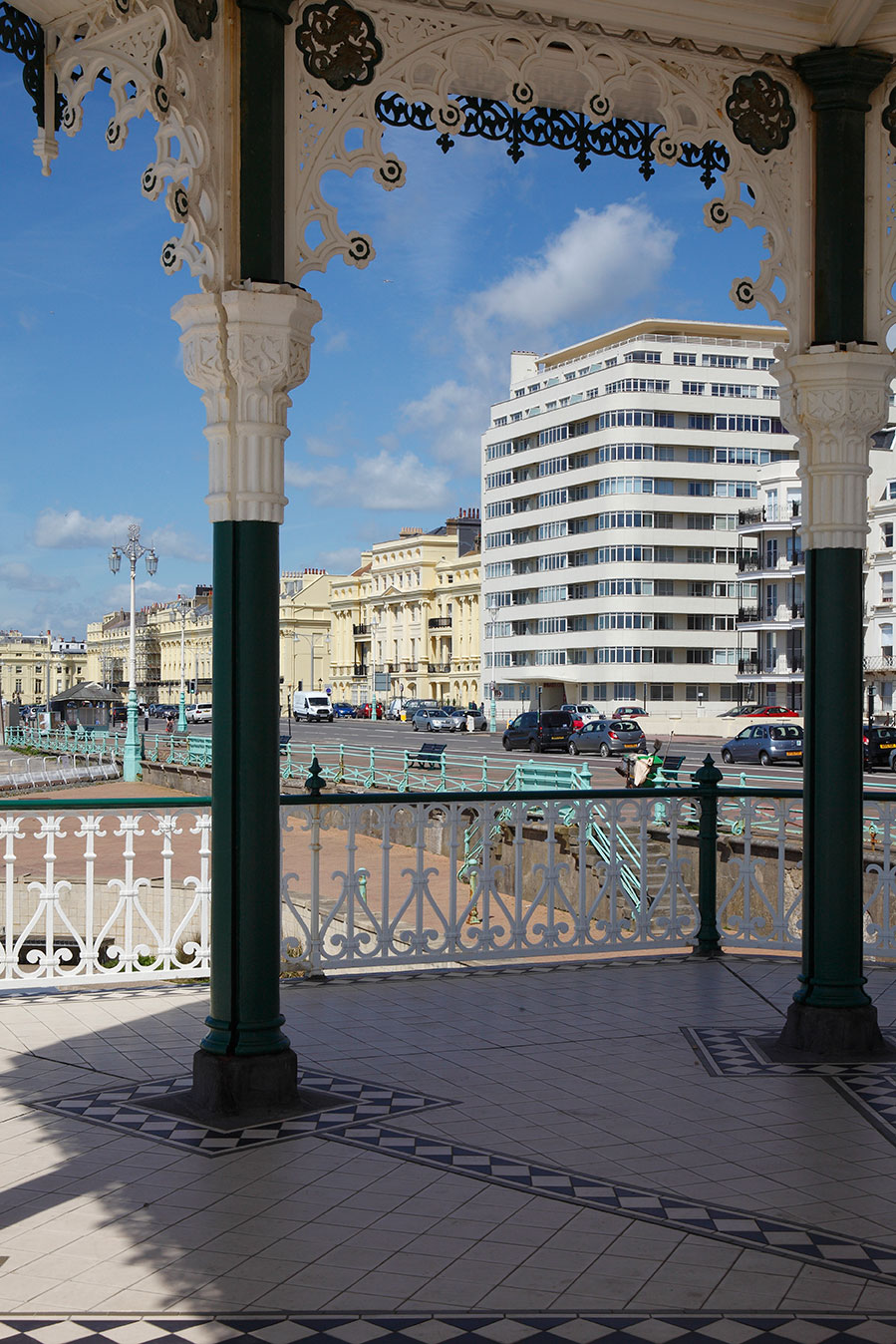 The Bandstand framing the 1936 Embassy Court by Wells Coates

I don’t know what was swept away in a breathtaking stroke of confidence to build Embassy Court, but it surely provides one of the most dramatic contrasts along the seafront. This fault line also marks the boundary between Brighton & Hove. 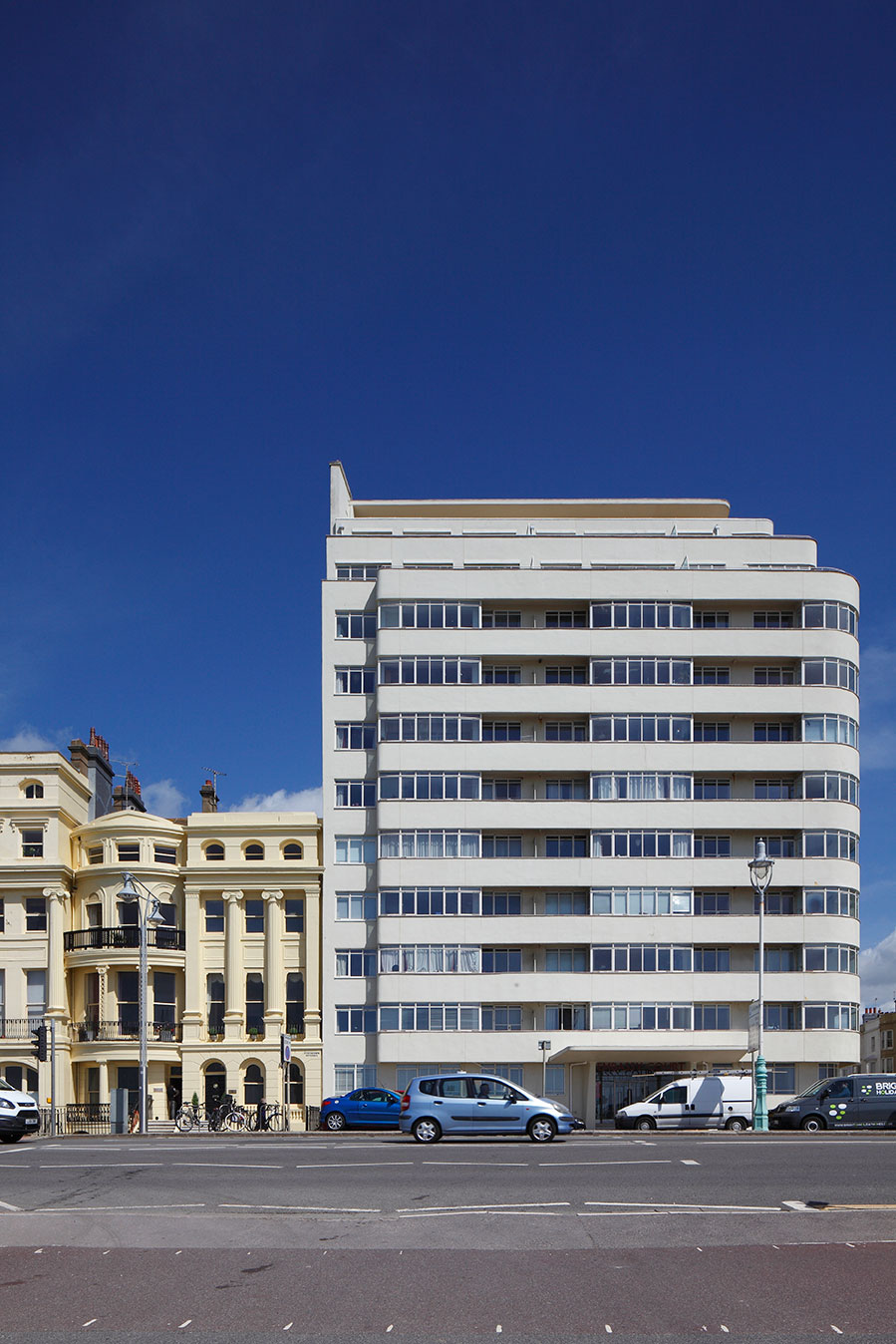 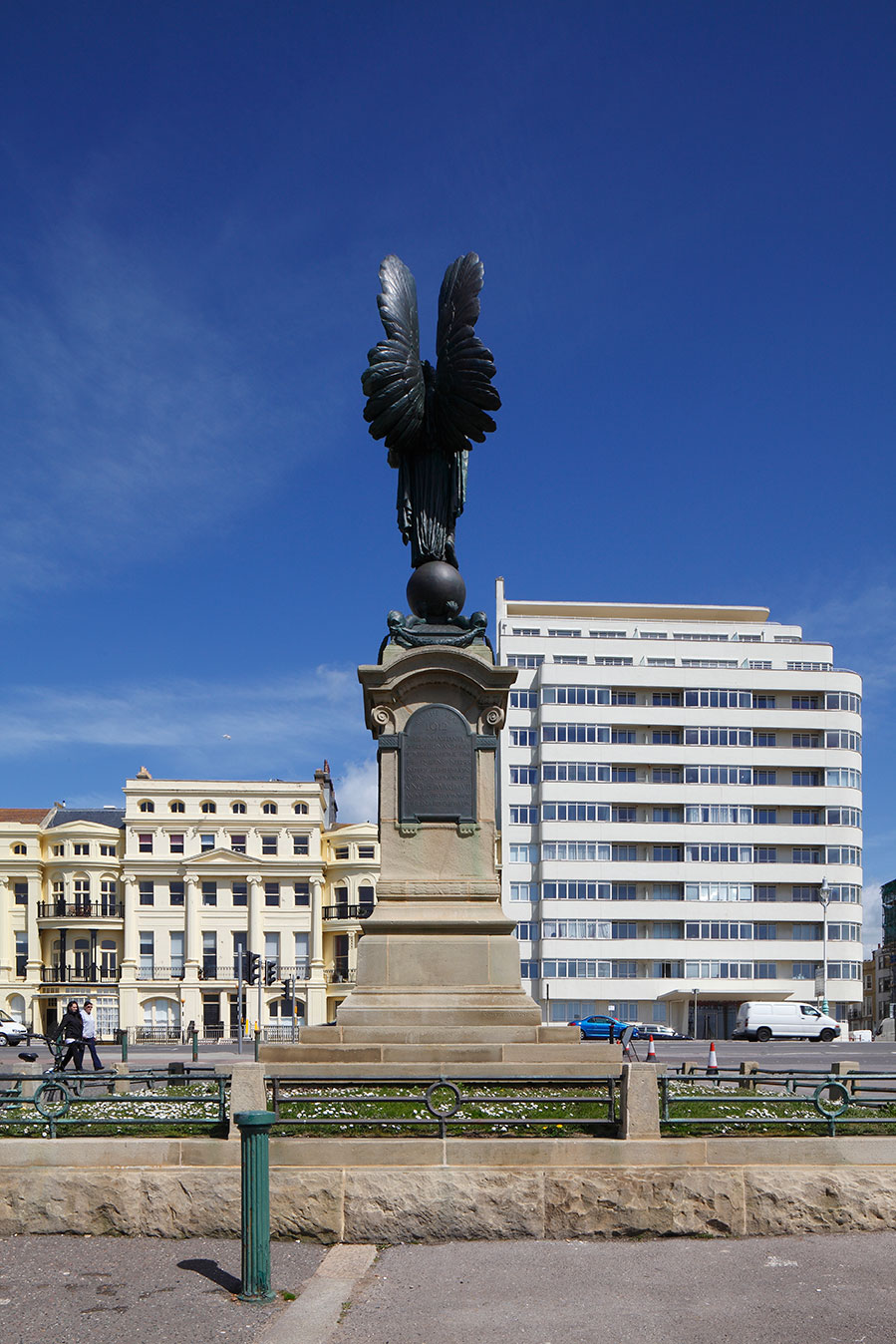 Adjoining Embassy Court is Brunswick Place, a spectacular and sculptural set piece, which is the first part of the Brunswick Estate, built in the 1820s by the prolific partnership of Busby & Wilds. 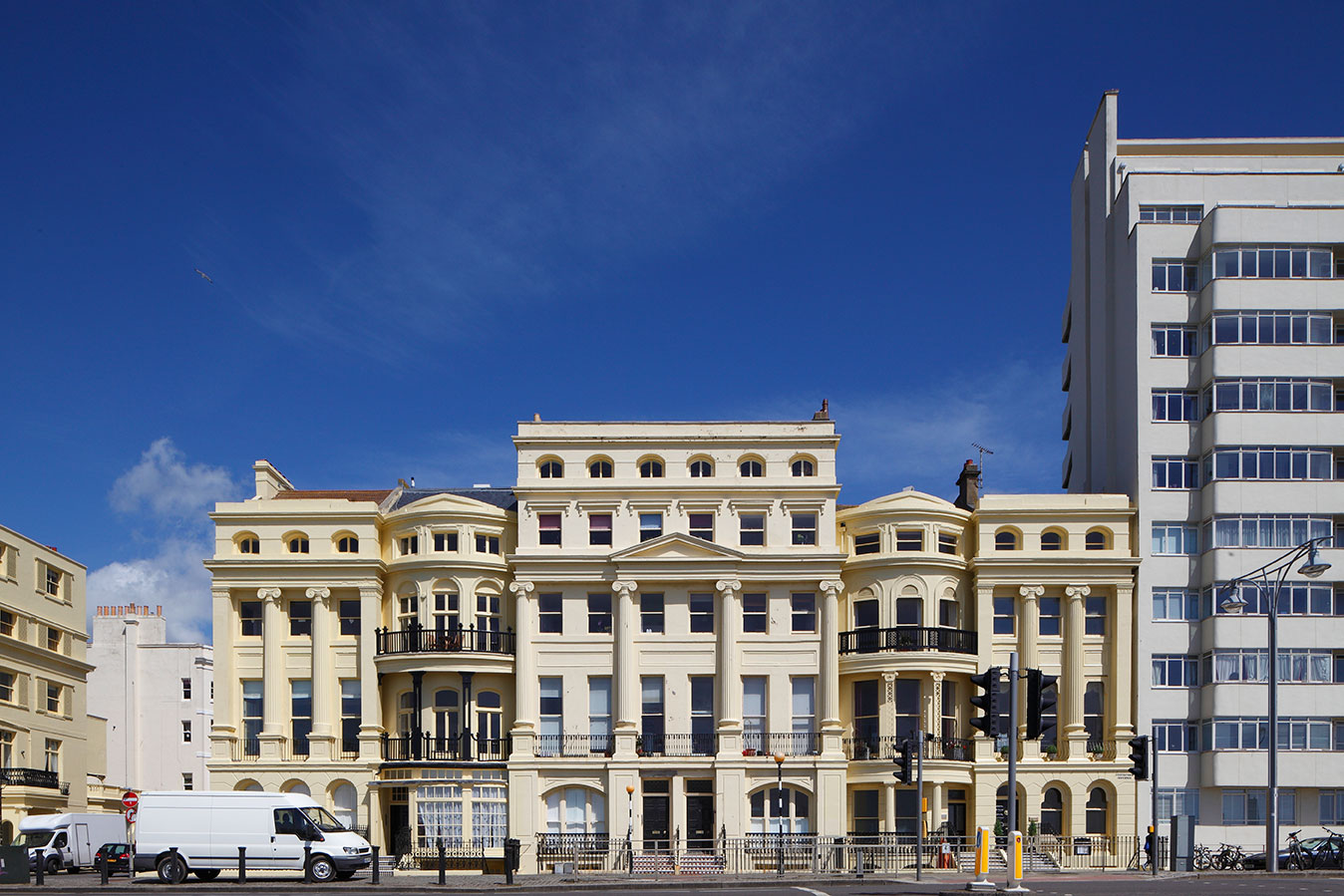 Brunswick Terraces and Square come next, forming one of the most impressive pieces of seaside urbanism anywhere. 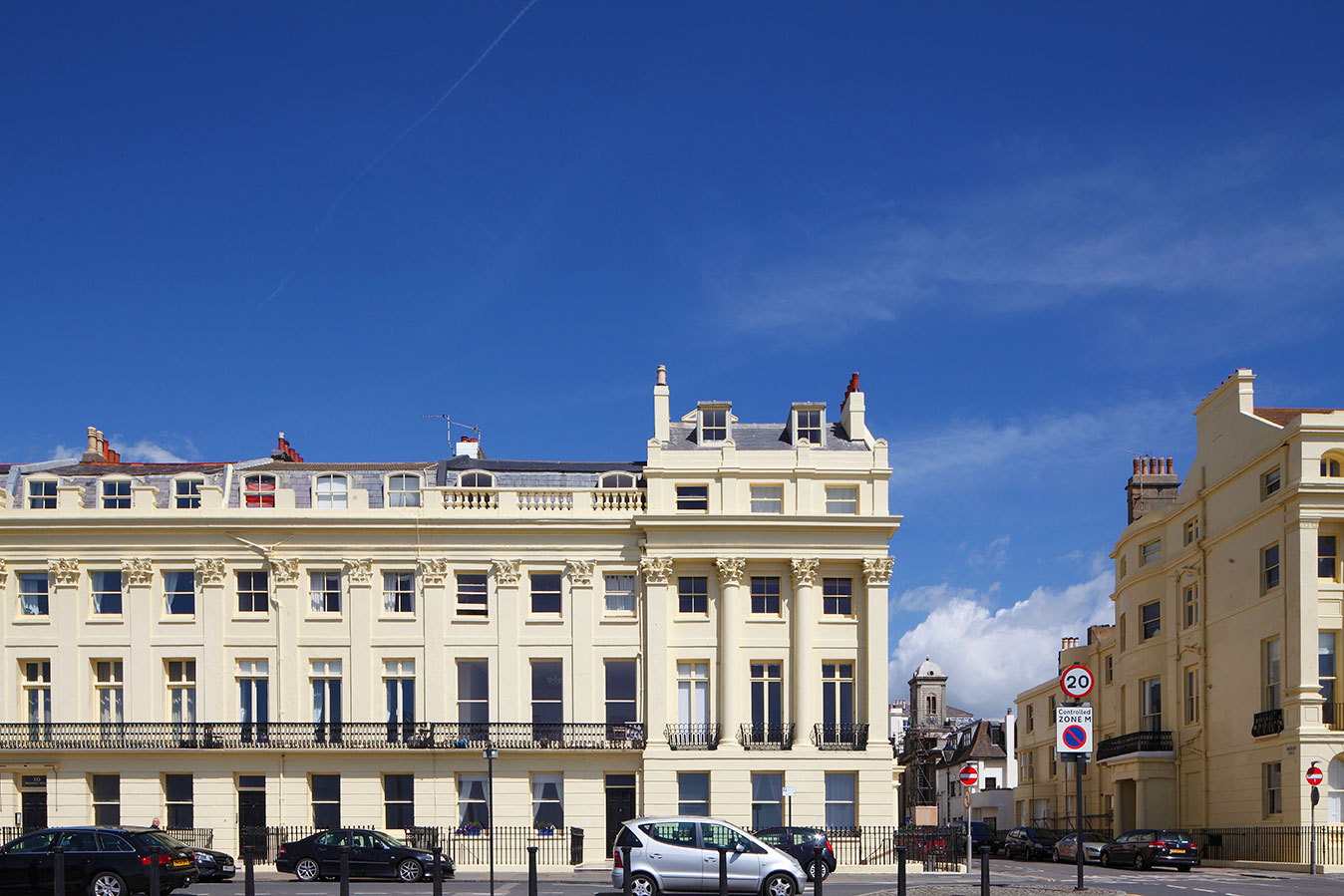 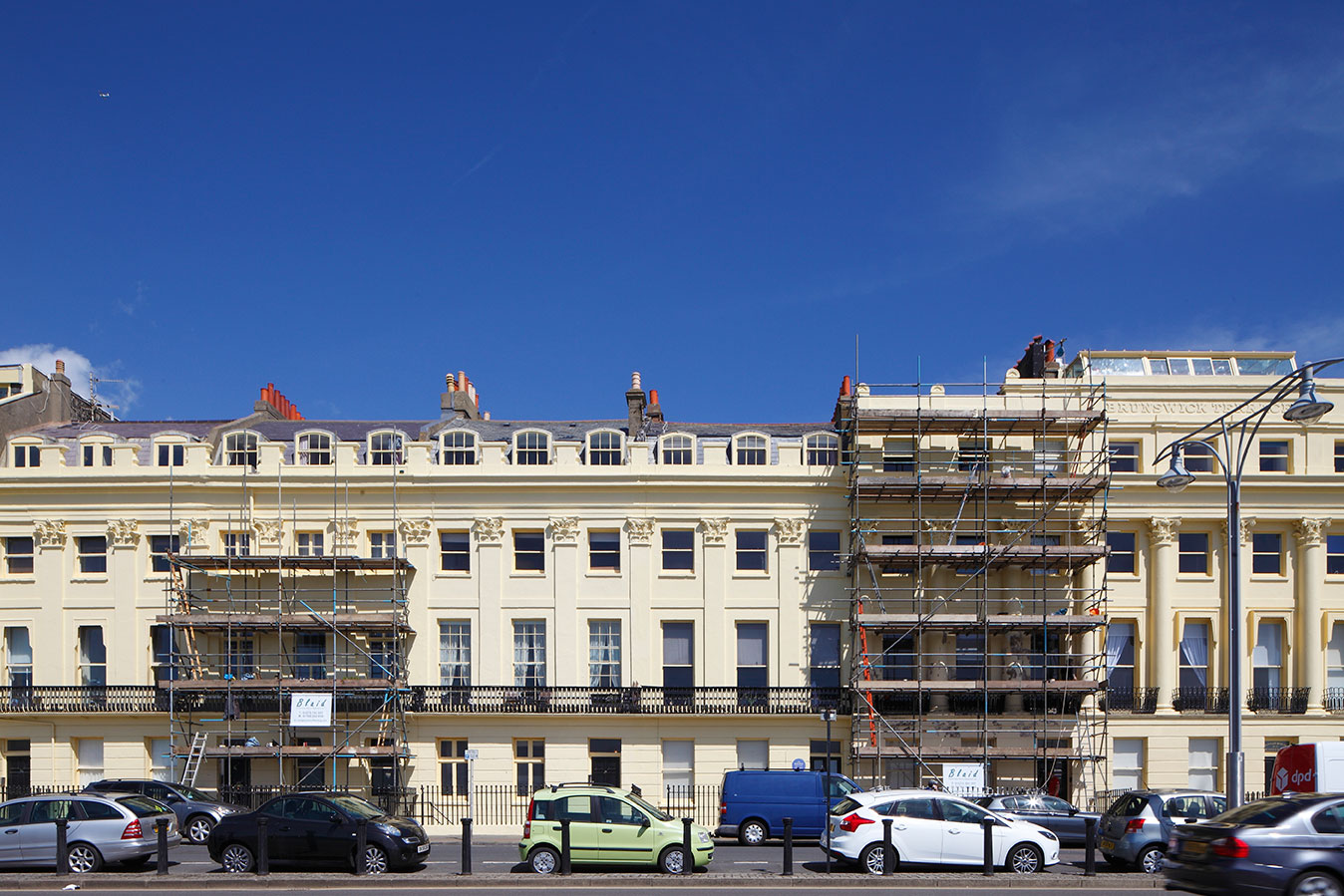 Whoever invented the expression, “Painting the Forth Bridge”, might just as well have used , “Painting Brighton & Hove seafront”. 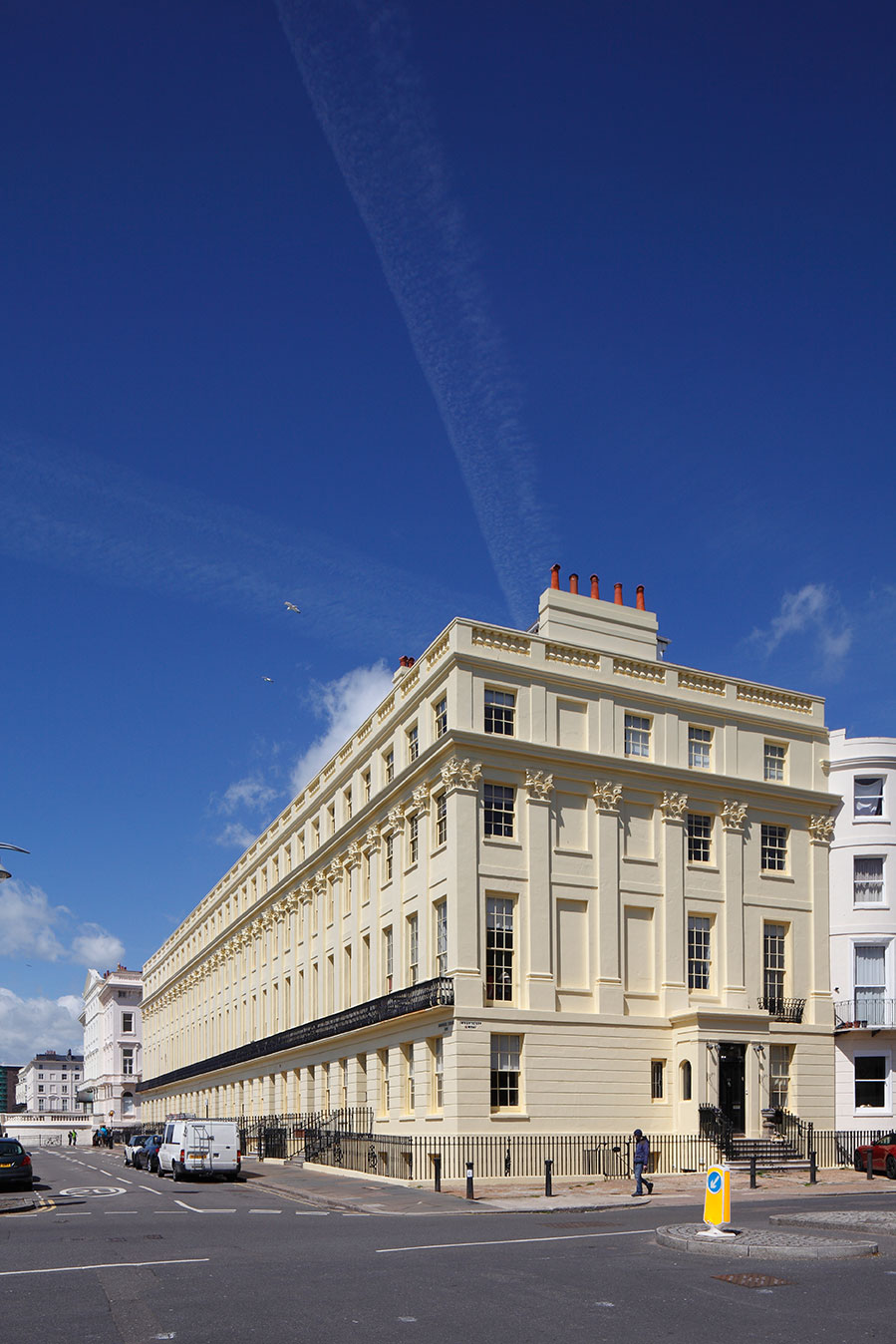 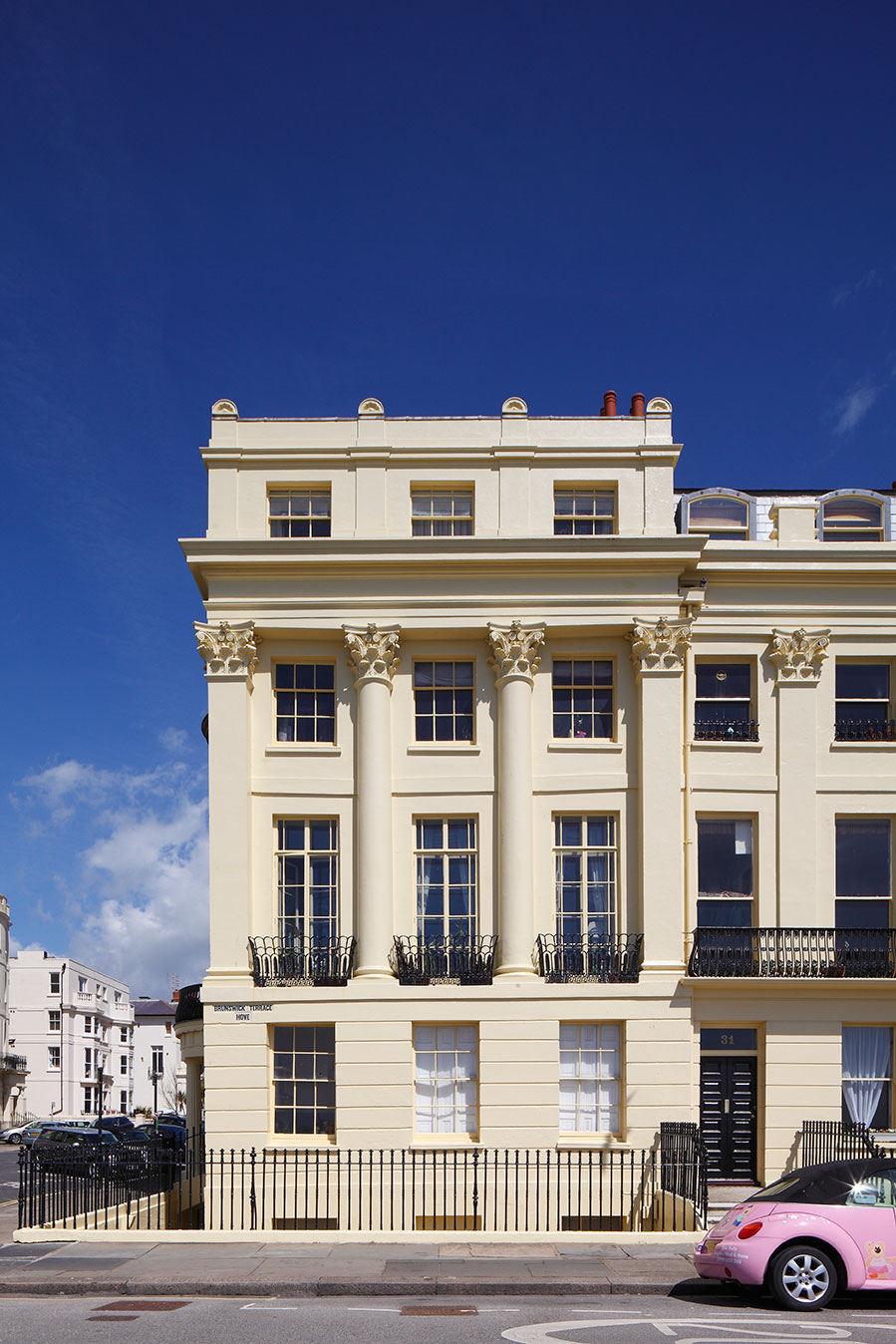 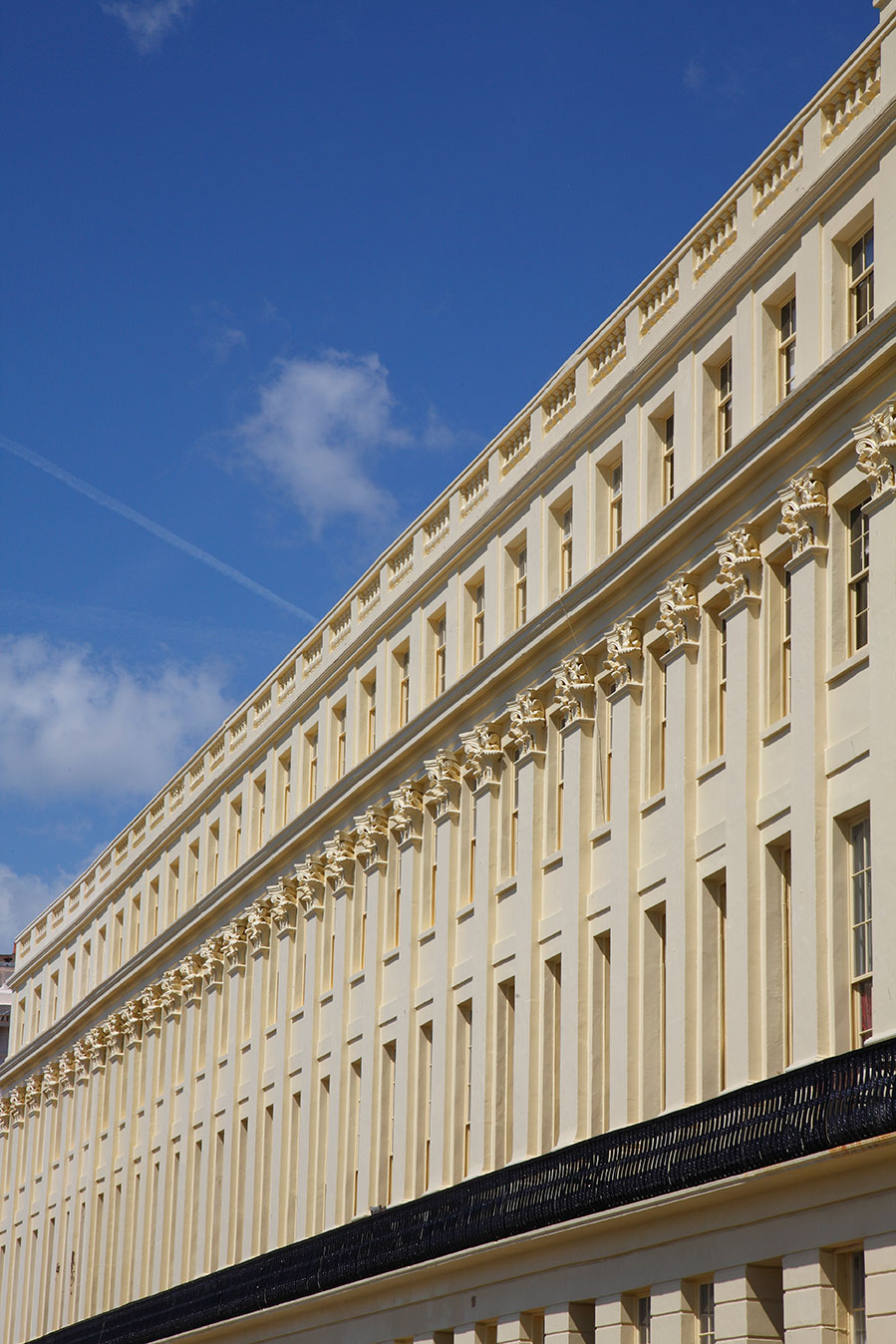 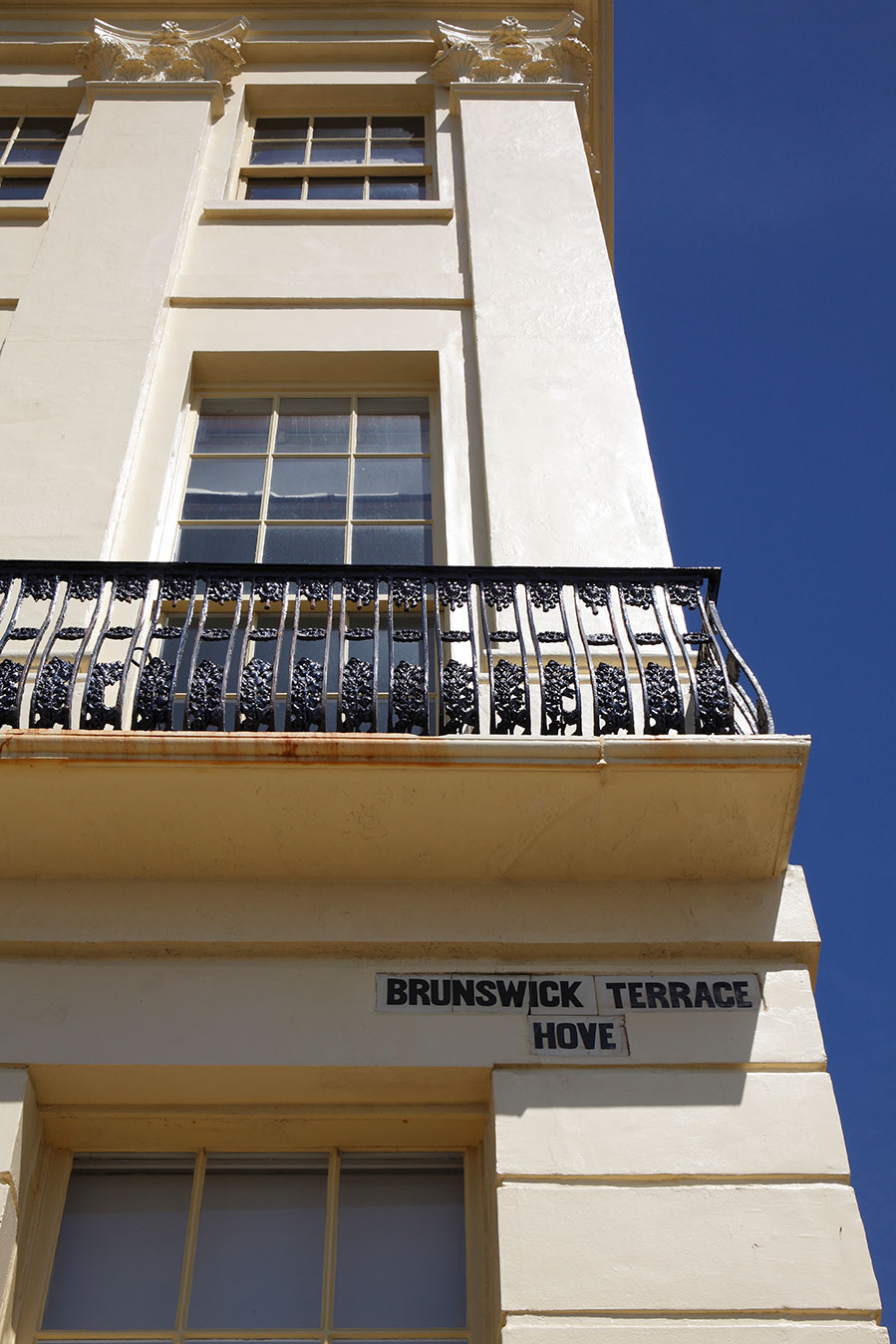 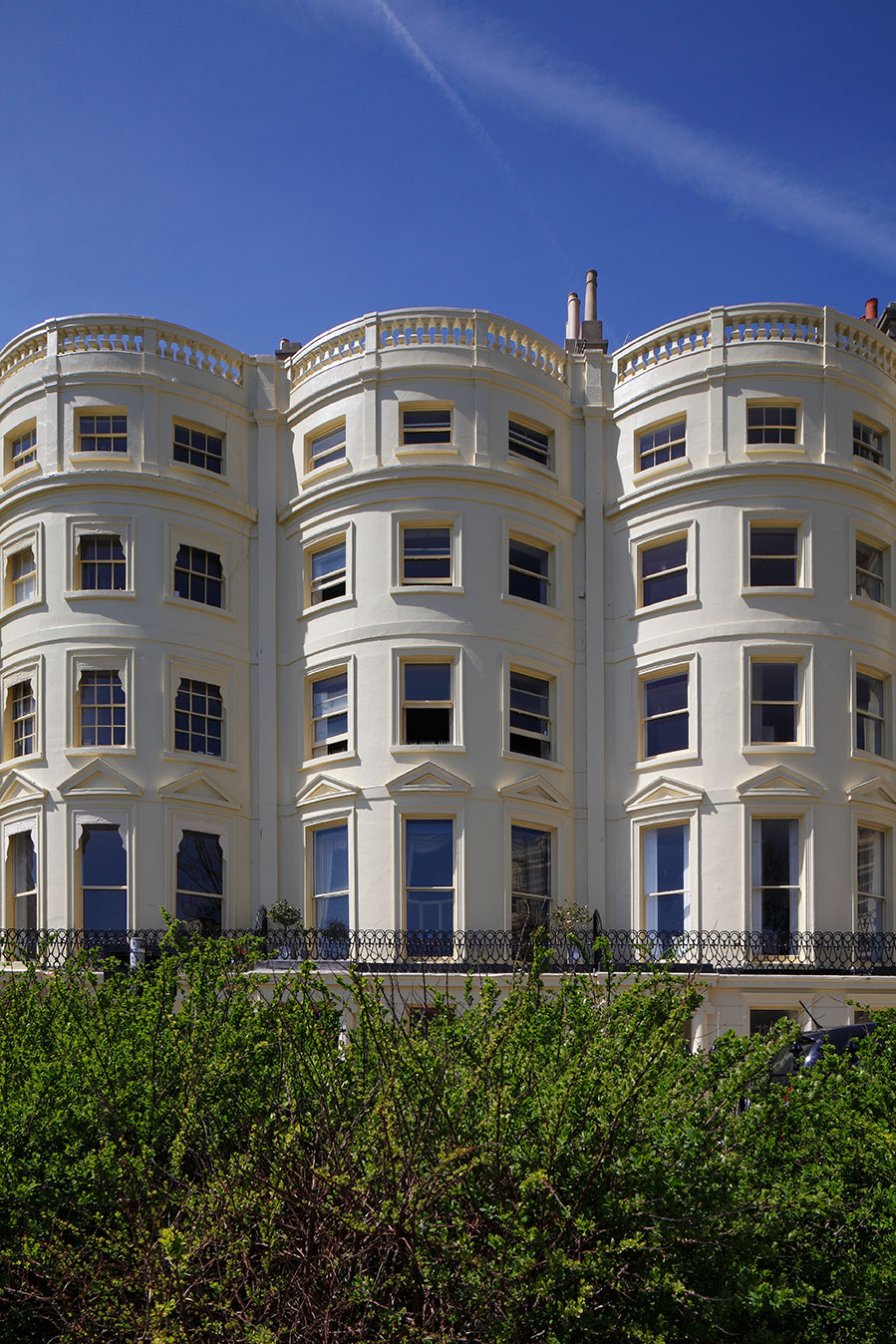 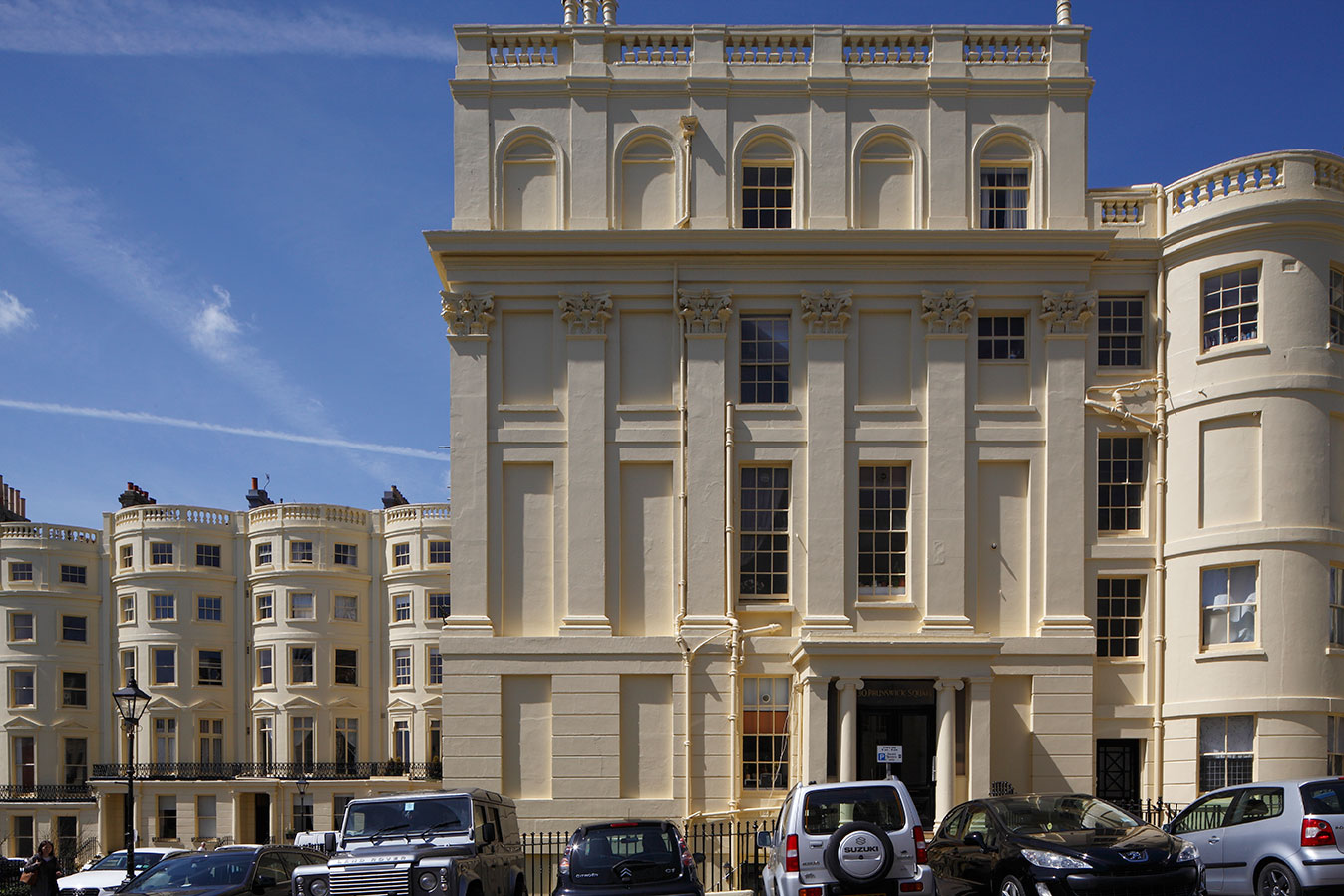 I then reached the furthest point of my walk, and the furthest extent of city’s stuccoed regency splendour. On an even grander scale, than Brunswick Square, is Adelaide Crescent & Palmeira Square. The crescent was designed by Decimus Burton in 1830. As a student I had a friend who lived in a flatshare in one of the grandest apartments overlooking the sea. I’m sure it longer looked quite as the architect had intended. 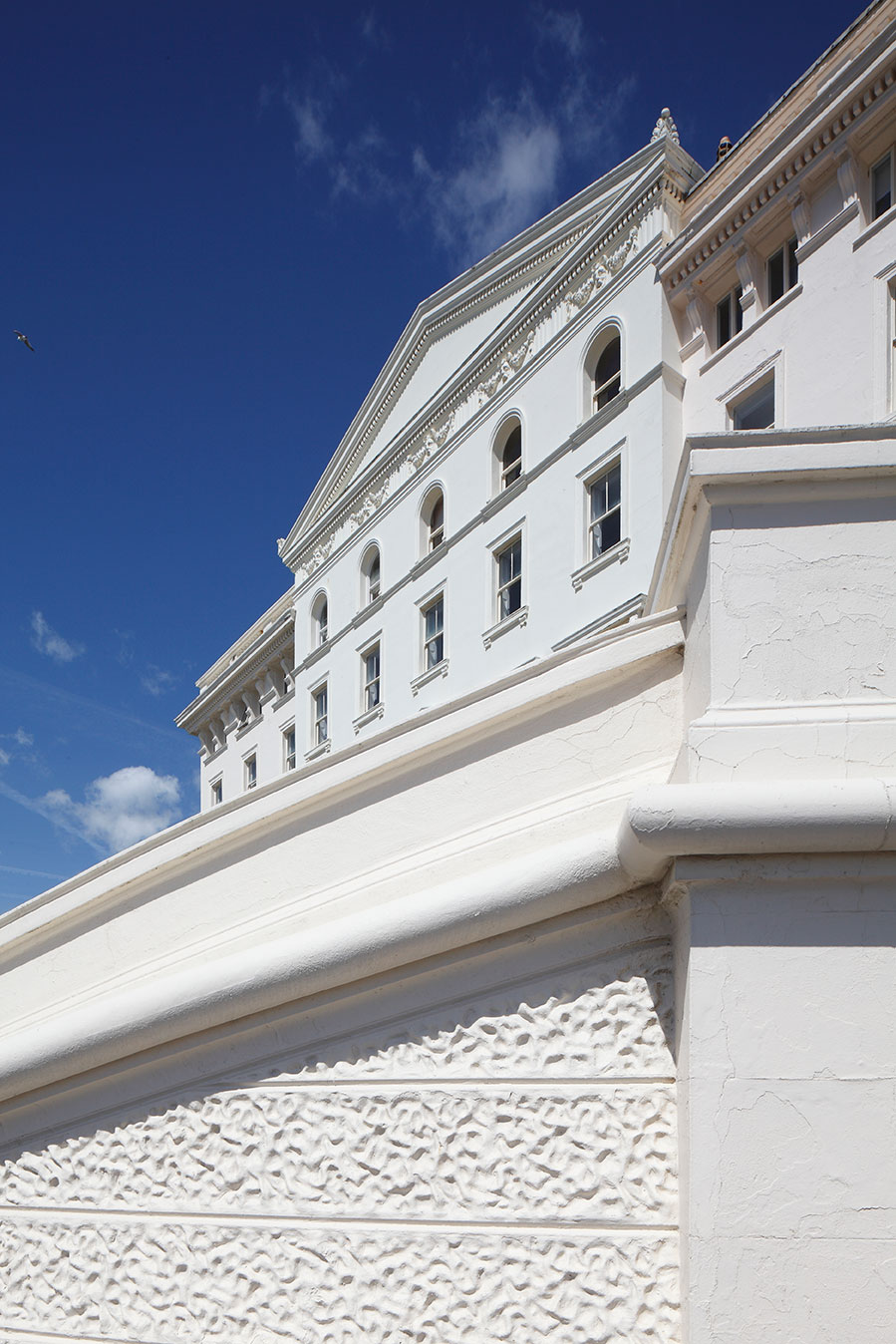 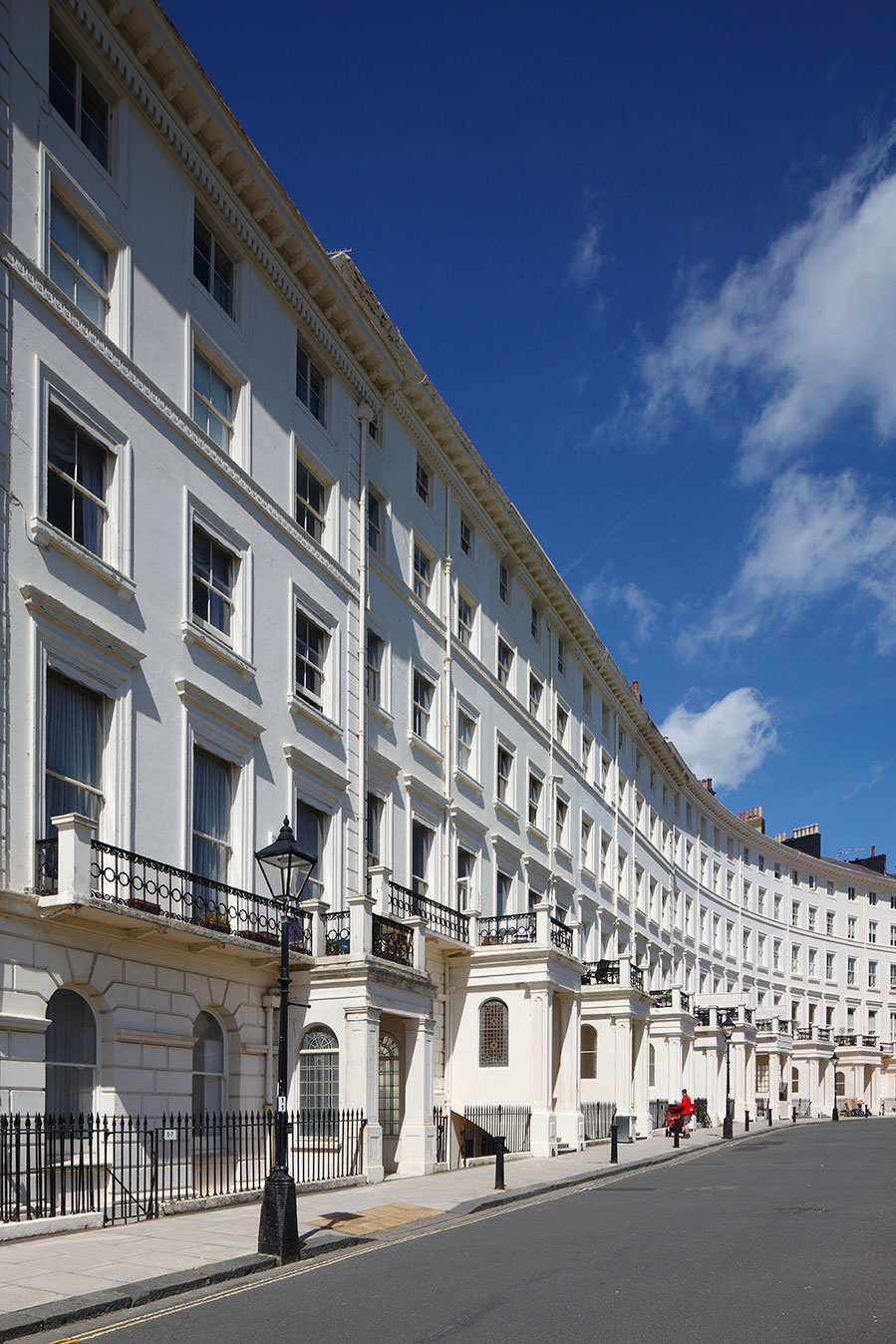