The Parthenon in Athens is quite possibly the single most influential, and therefore important building, in western civilisation. Without this great Greek original, the buildings of the Roman Empire wouldn’t have been possible, and without that, there would have been no Renaissance, no Palladio, and no English stately homes in that style.
But what of Modernism? Which single building might lay a similar claim to influencing the style of an era? In structural terms, the Crystal Palace might be a contender, but it still adhered to more classical notions of order and decoration. Similarly the pioneering skyscrapers of early twentieth century Chicago and Manhattan, may have helped shape the modern world, but were usually dressed in Gothic or Art Deco skins . Perhaps the likeliest source, is the Bauhaus school of art and design in Germany between the wars. And it’s a small building by one of the school’s Directors of Architecture, Ludwig Mies van der Rohe, that perhaps provides the clearest template. The Barcelona Pavilion, was built in 1929, as the German national pavilion at the Barcelona International Exhibition. It’s influence might have been forgotten, as it was a temporary structure, which was dismantled at the end of the exhibition. However in the 1980s, it was rebuilt in the city as a permanent monument.
The simple horizontal silhouette, the seamless glazing, and the distinctive cruciform columns were most definitely in the mind of Architect, Biense Ypma, of Aice Architects, when he constructed an elegant extension to a house in Kent, to house an indoor pool. While the building looks stunning in its own right, with its interplay of structure, light and water, the simplicity of form makes it a comfortable partner for almost any style of historic building, including this 1920s country house. It’s a winner. 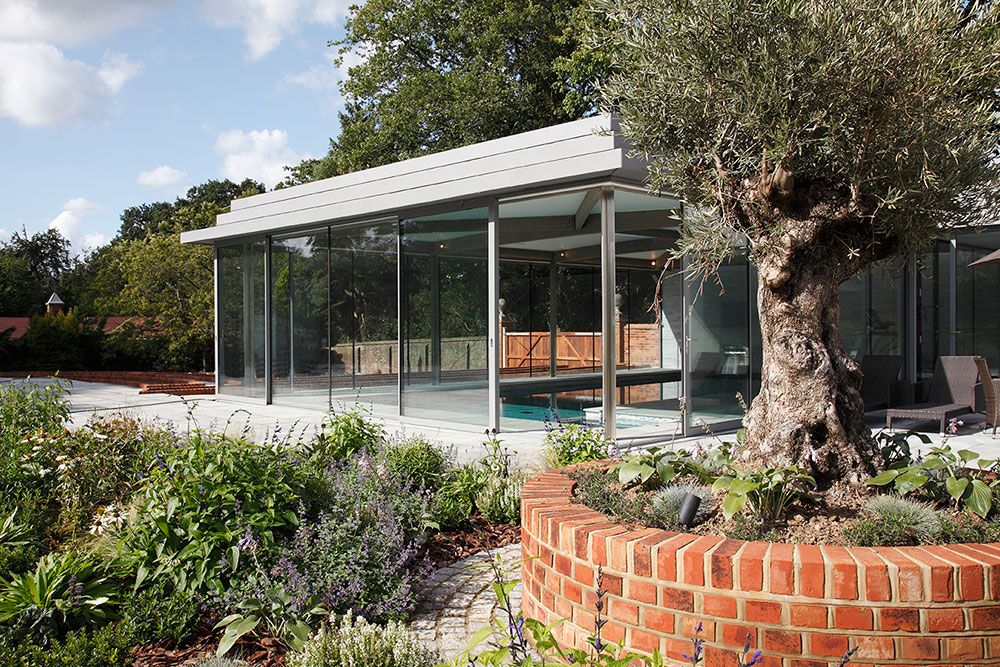 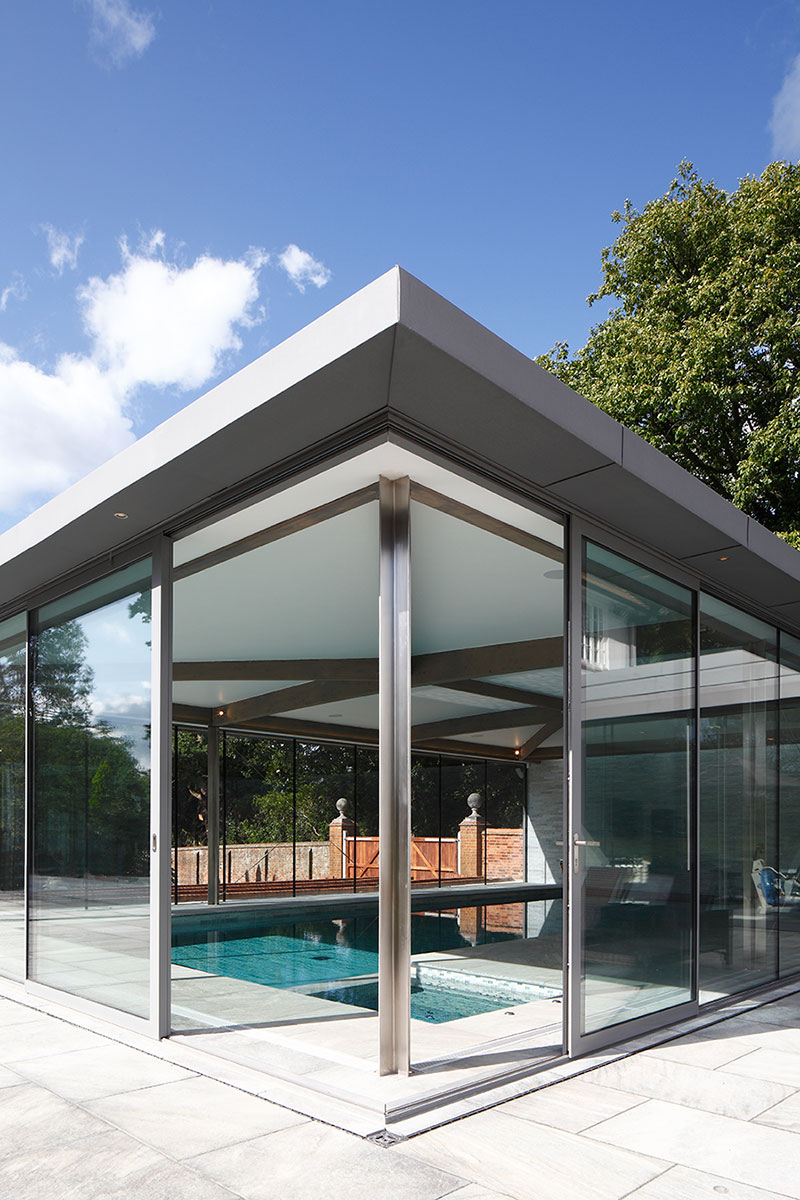 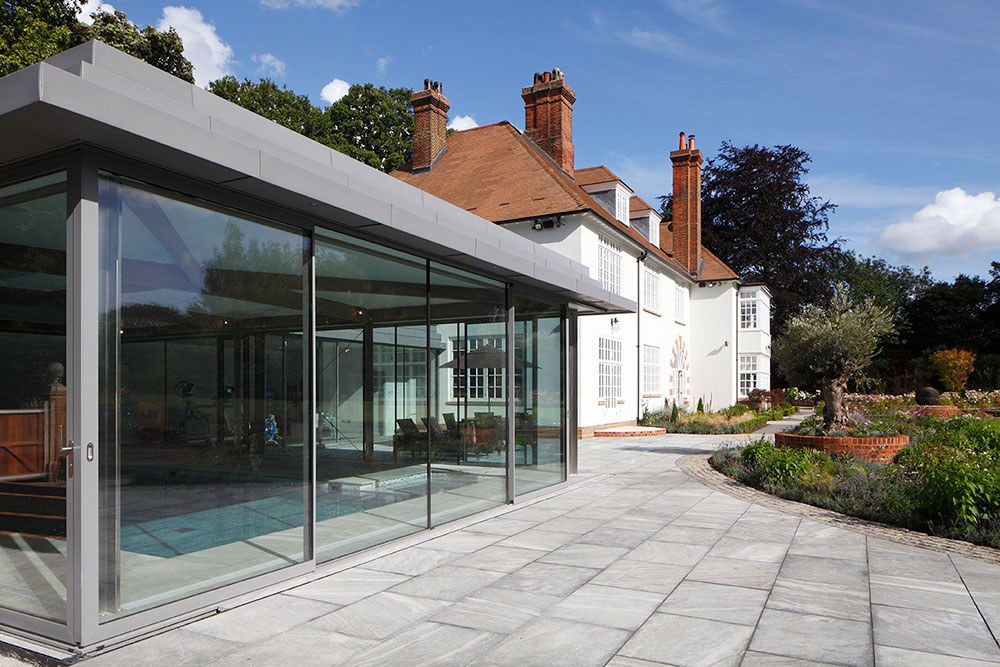 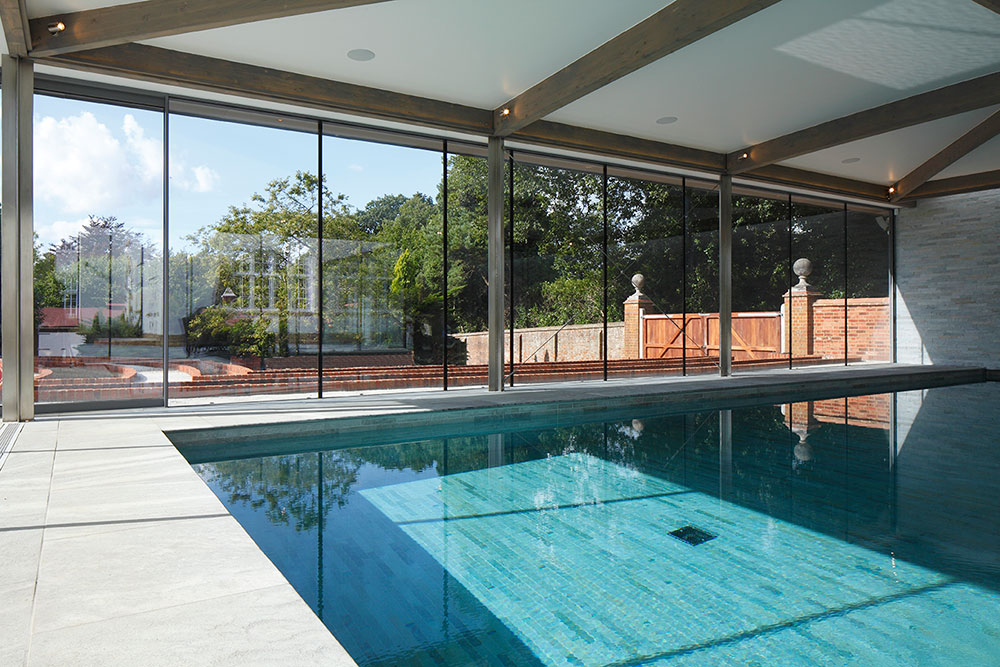 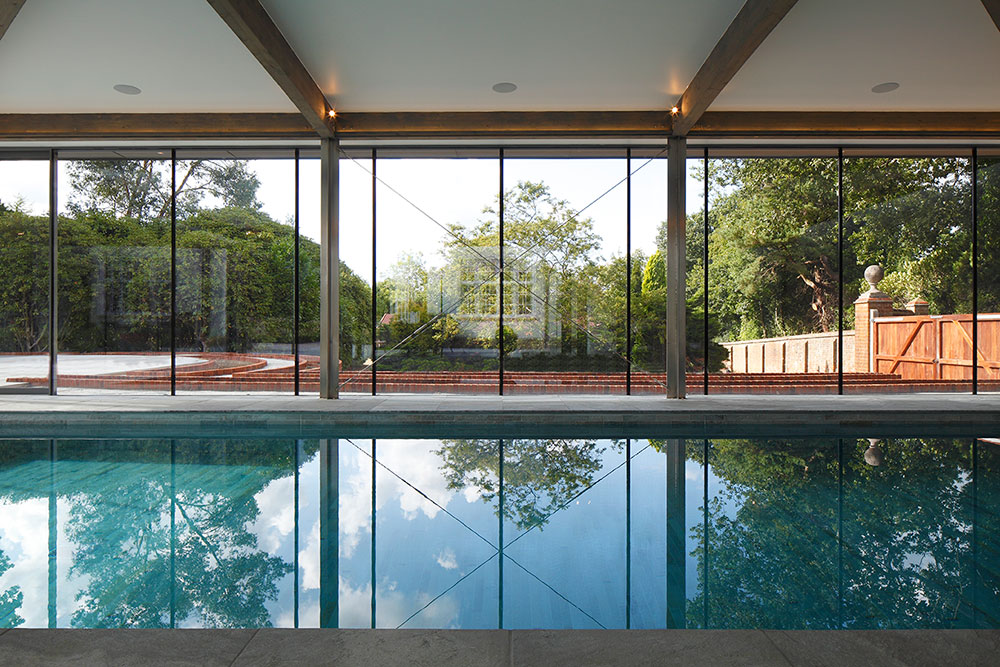 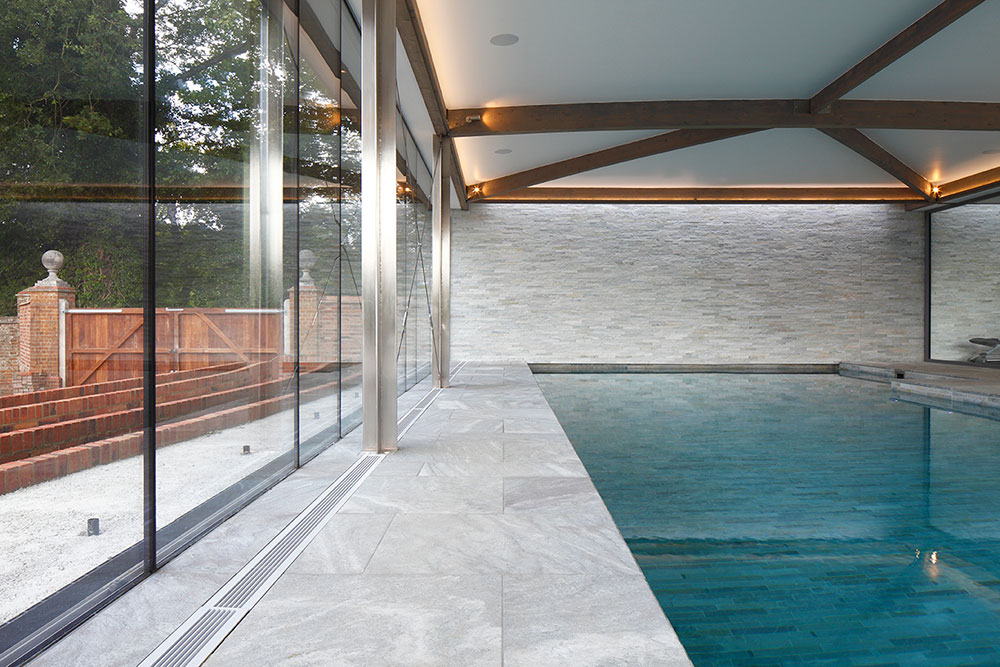 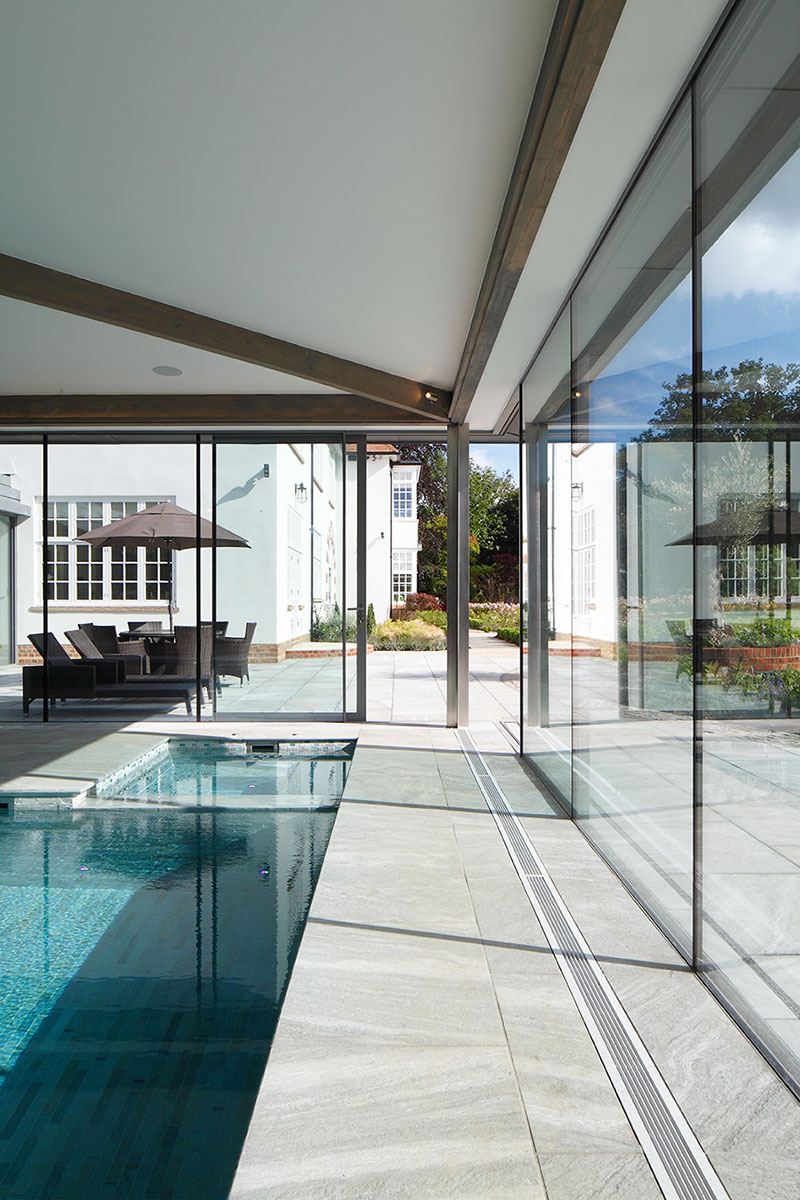 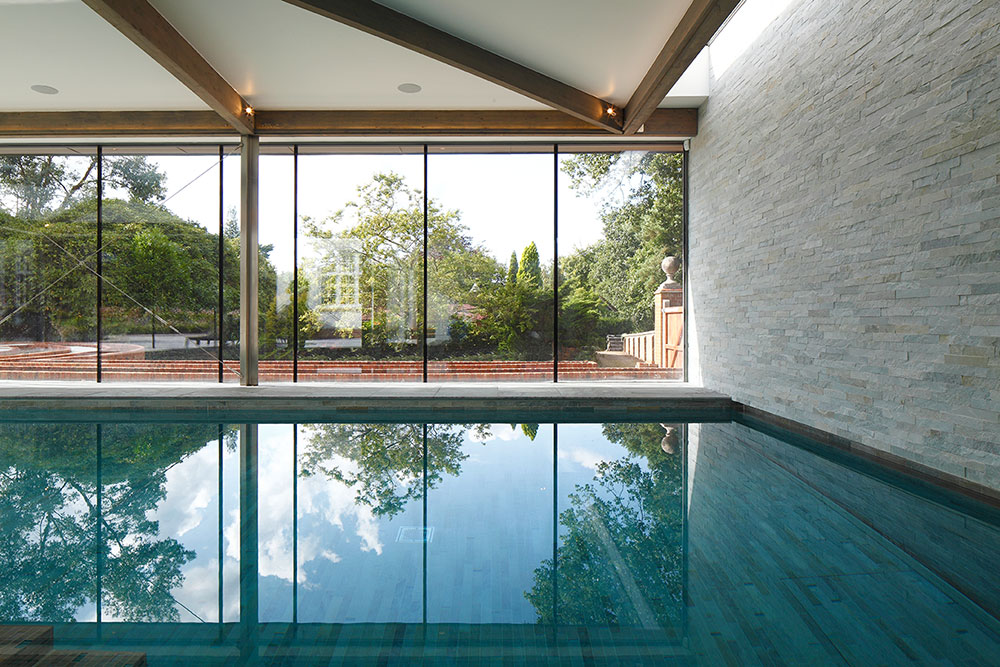 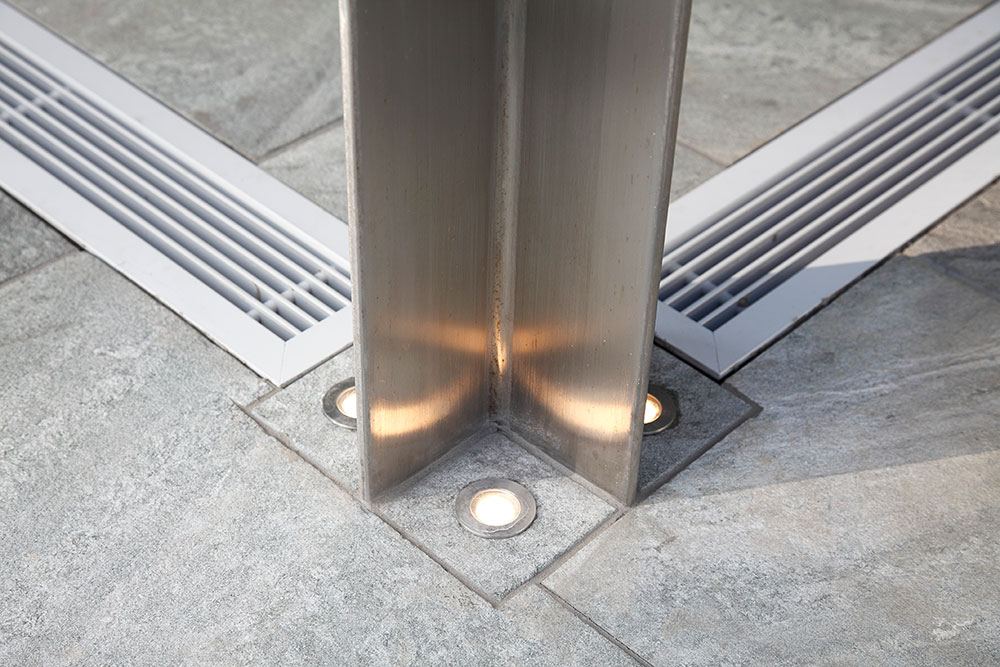 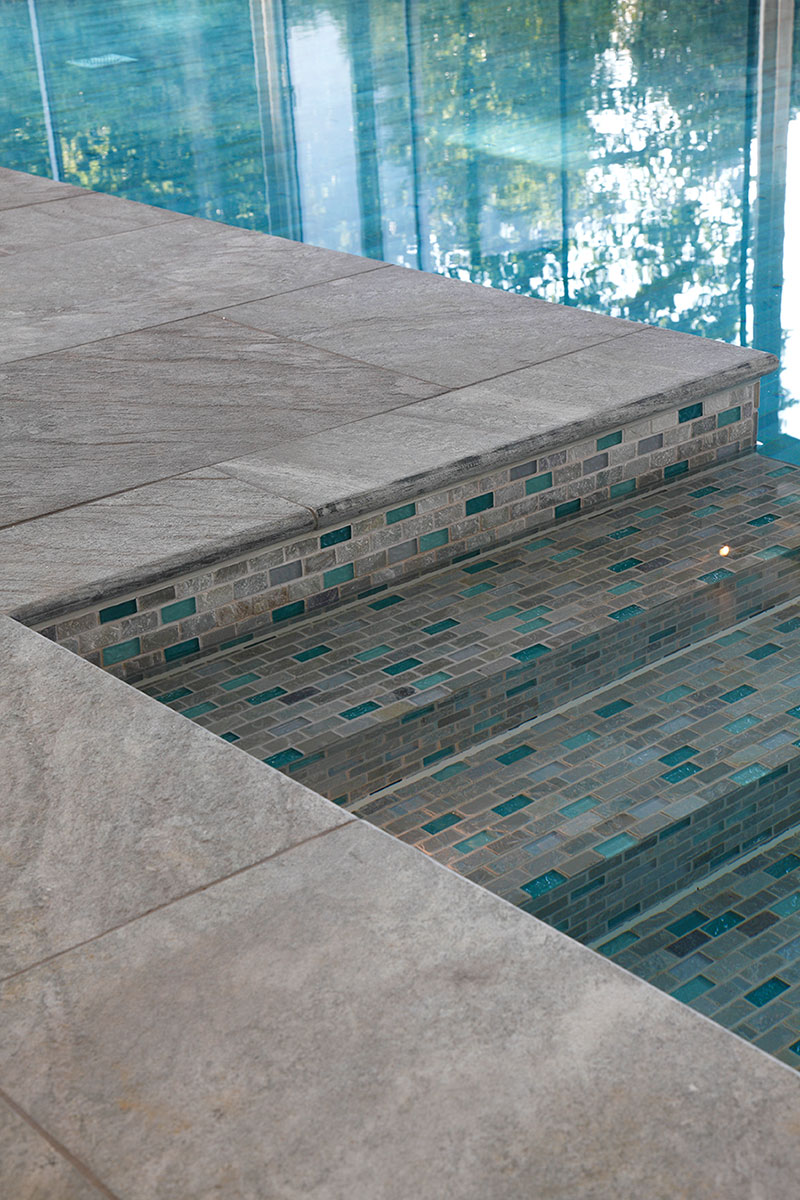 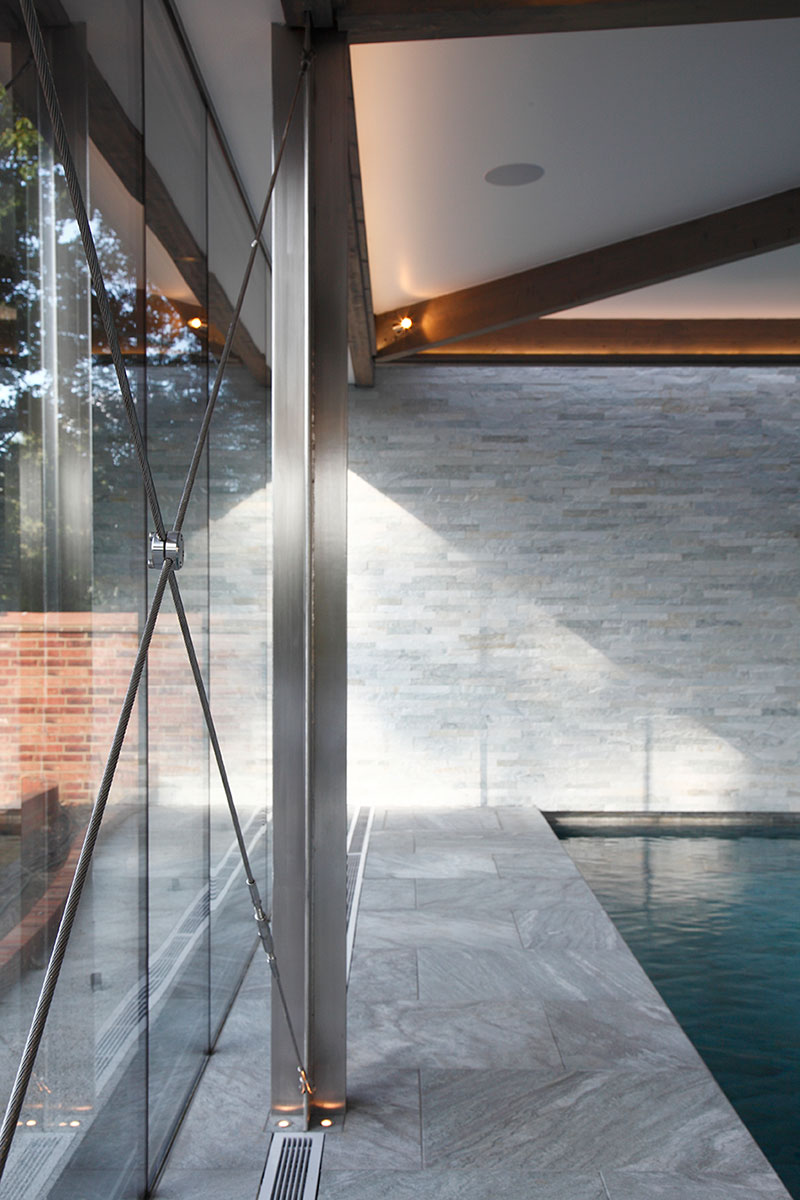 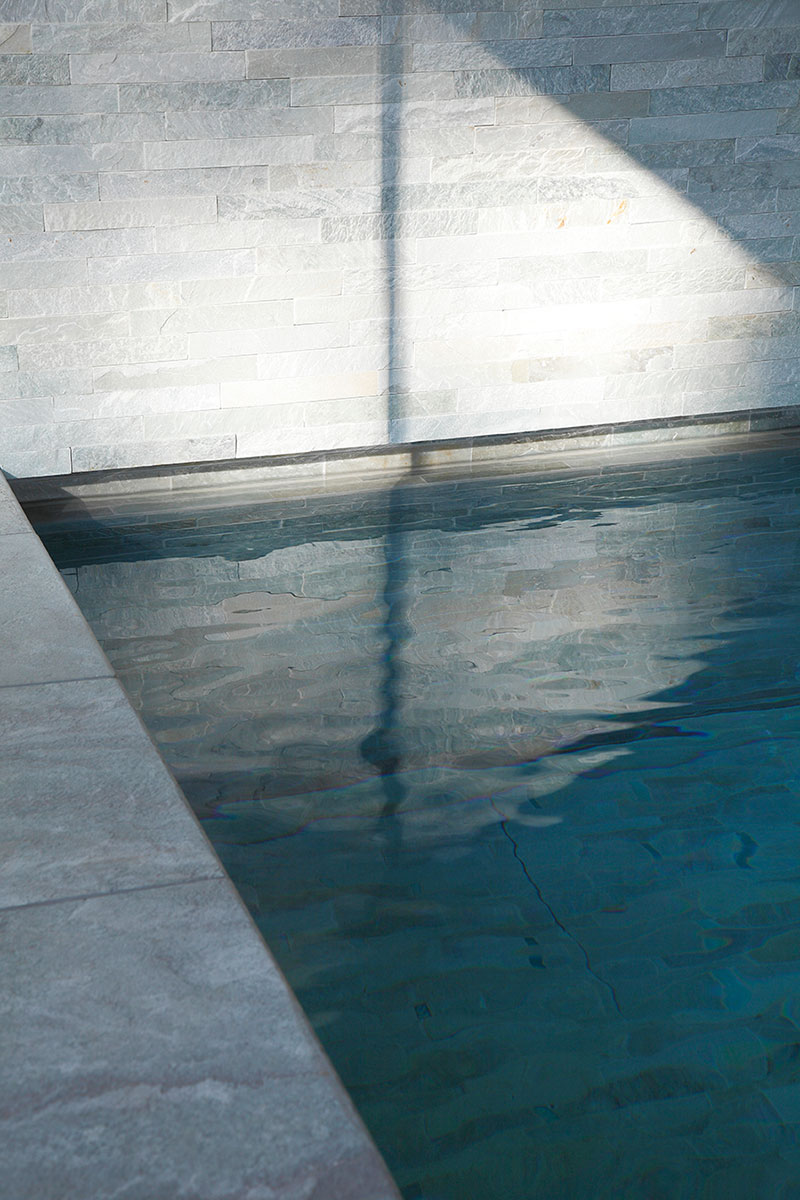 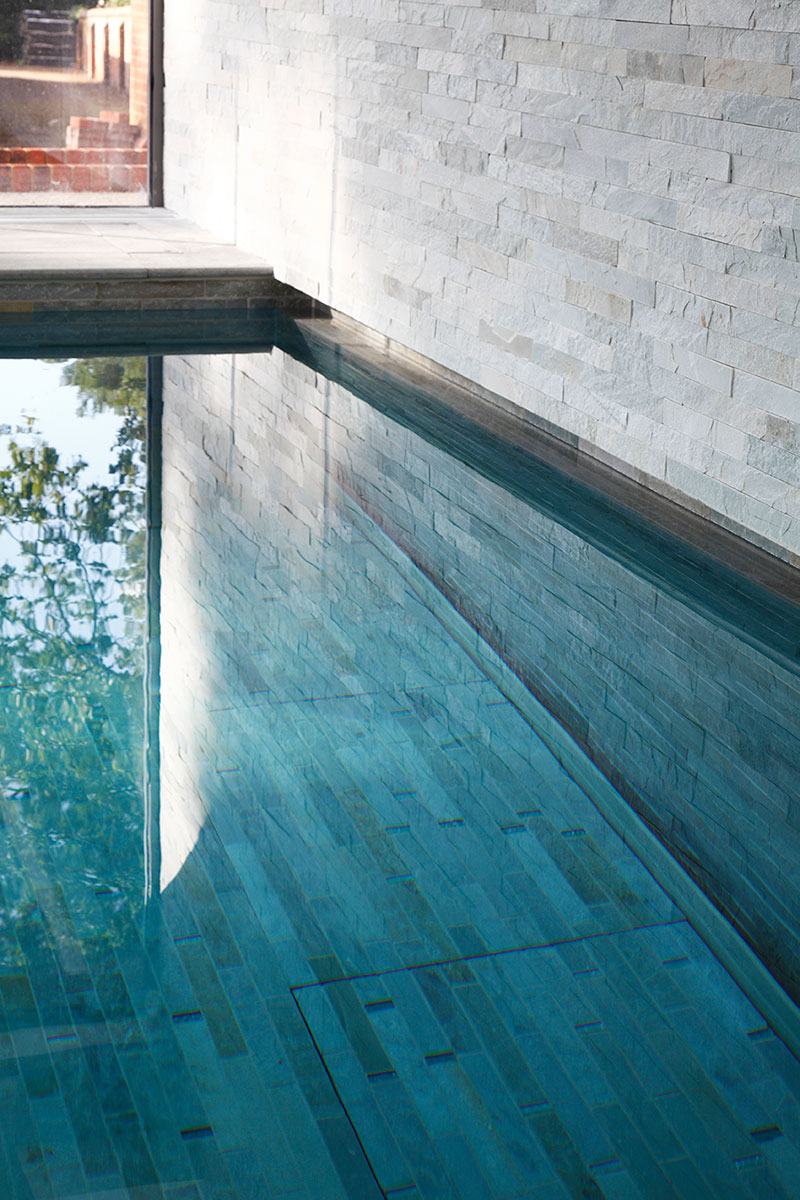 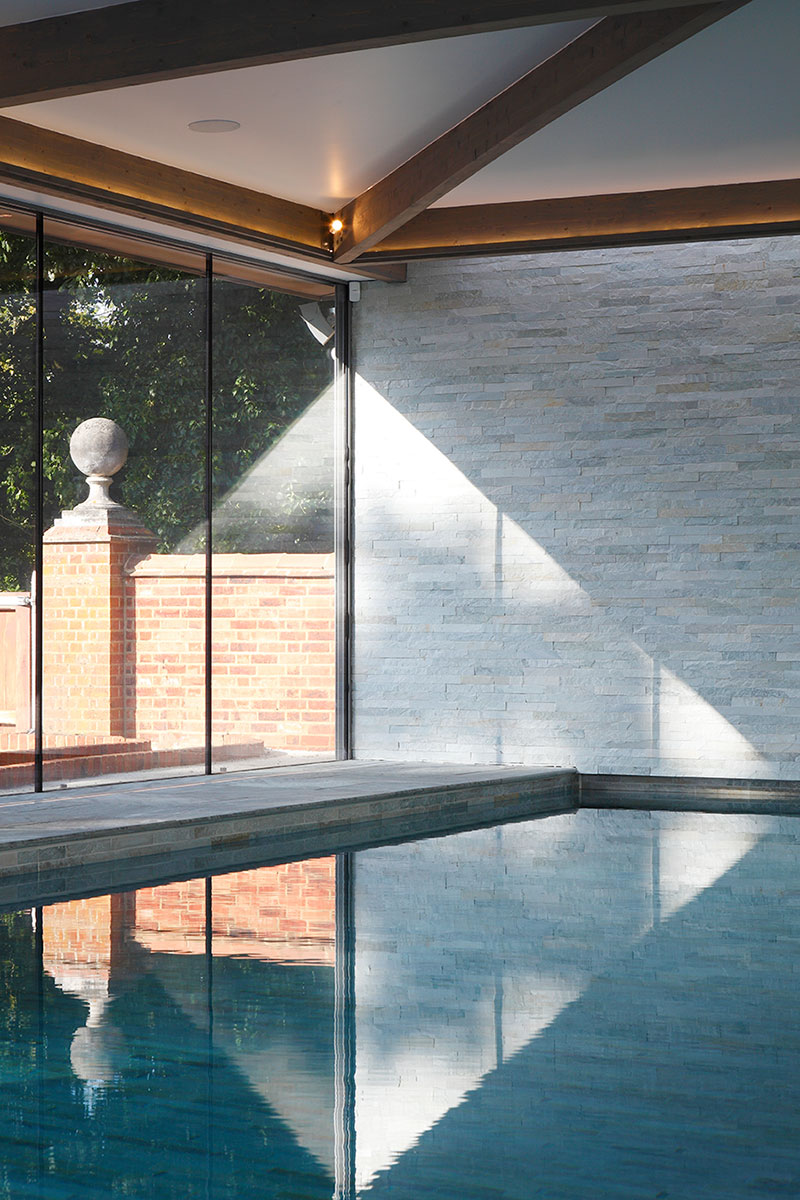