I try to use my National Trust membership much as one uses motorway services. On a long drive across the country, they’re wonderful places to stop, stretch your legs, and have a cup of tea. Ok, so you can’t buy petrol, but then the price of petrol at motorway services is always exorbitant. In glorious late summer, I was on my way to North Norfolk to do a Christmas shoot for Homes & Gardens. I was going to be spending the night before the shoot at a hotel on the coast, and with plenty of time, I aimed to stop at Oxburgh Hall, somewhere I’d not visited before. I was looking forward to the medieval interiors beyond the impressive fifteenth century gatehouse, but was to be disappointed. Only a few days earlier, one of the dormer windows overlooking the courtyard, came crashing down, fortunately injuring no one. So the building itself was closed for vital repair works. After my initial disappointment, I decided, on such a lovely afternoon, that it was perhaps a blessing, and it gave me good cause to return.

The romantically moated structure was built in the 1480’s by Edward Bedingfield, whose family has lived there ever since. 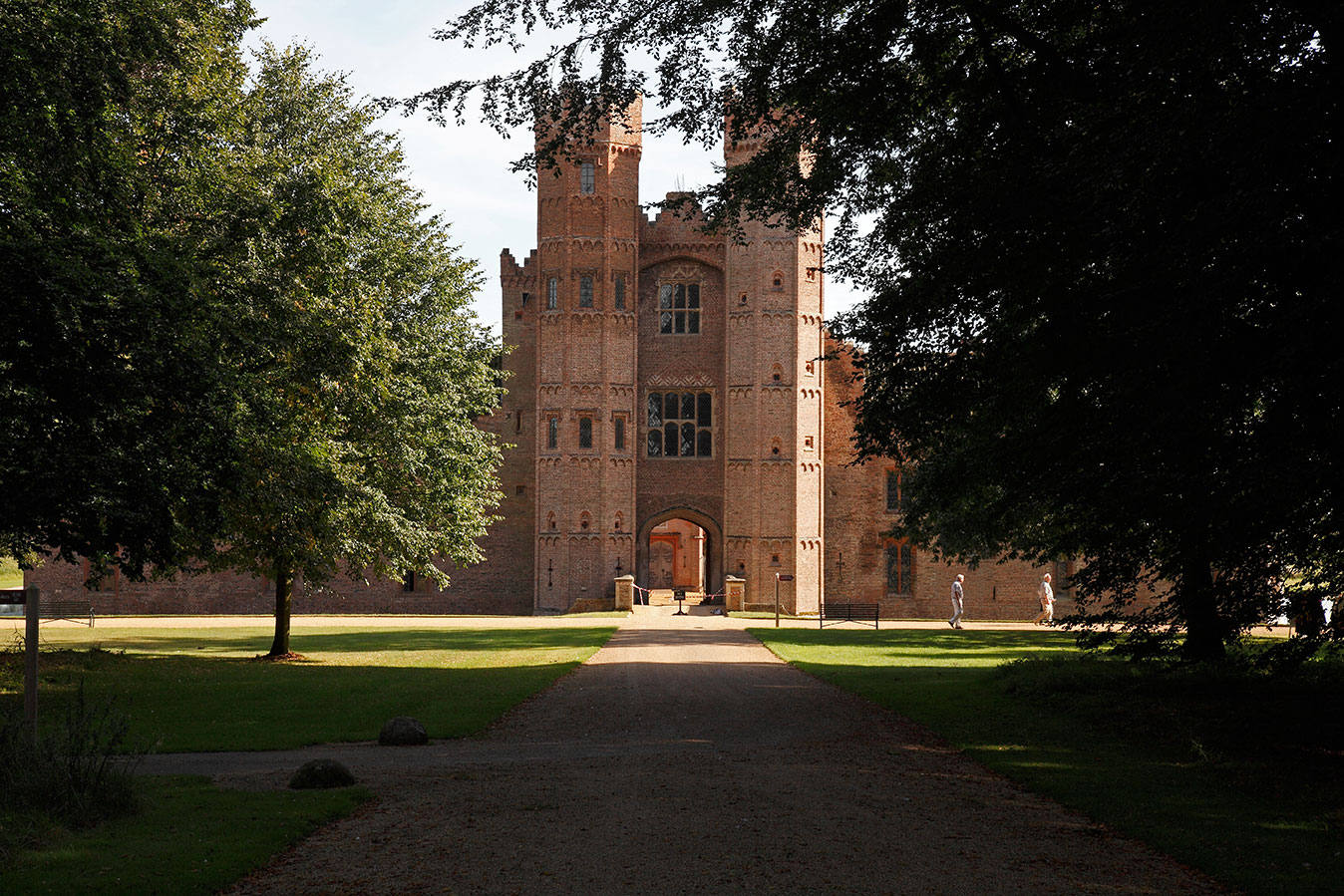 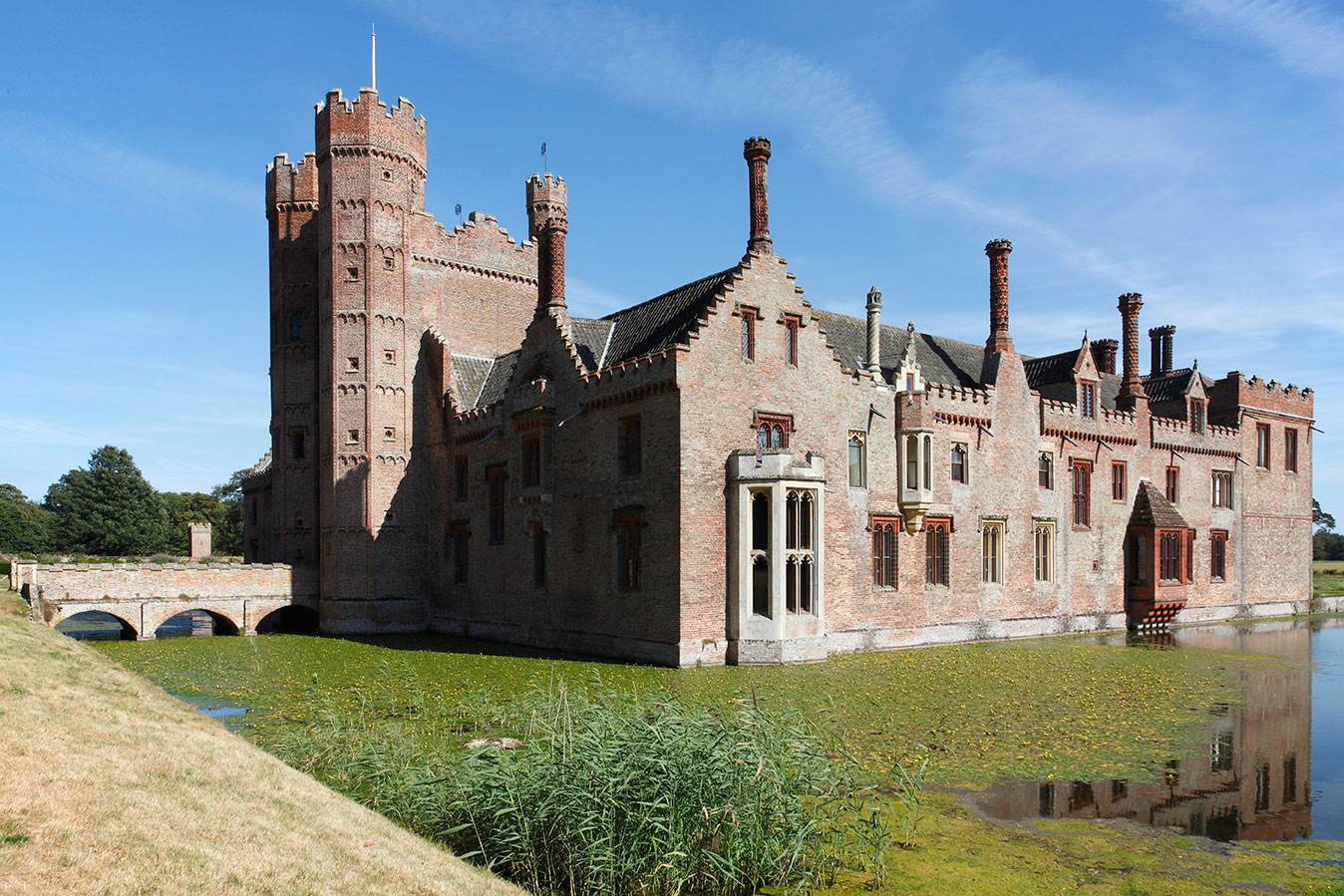 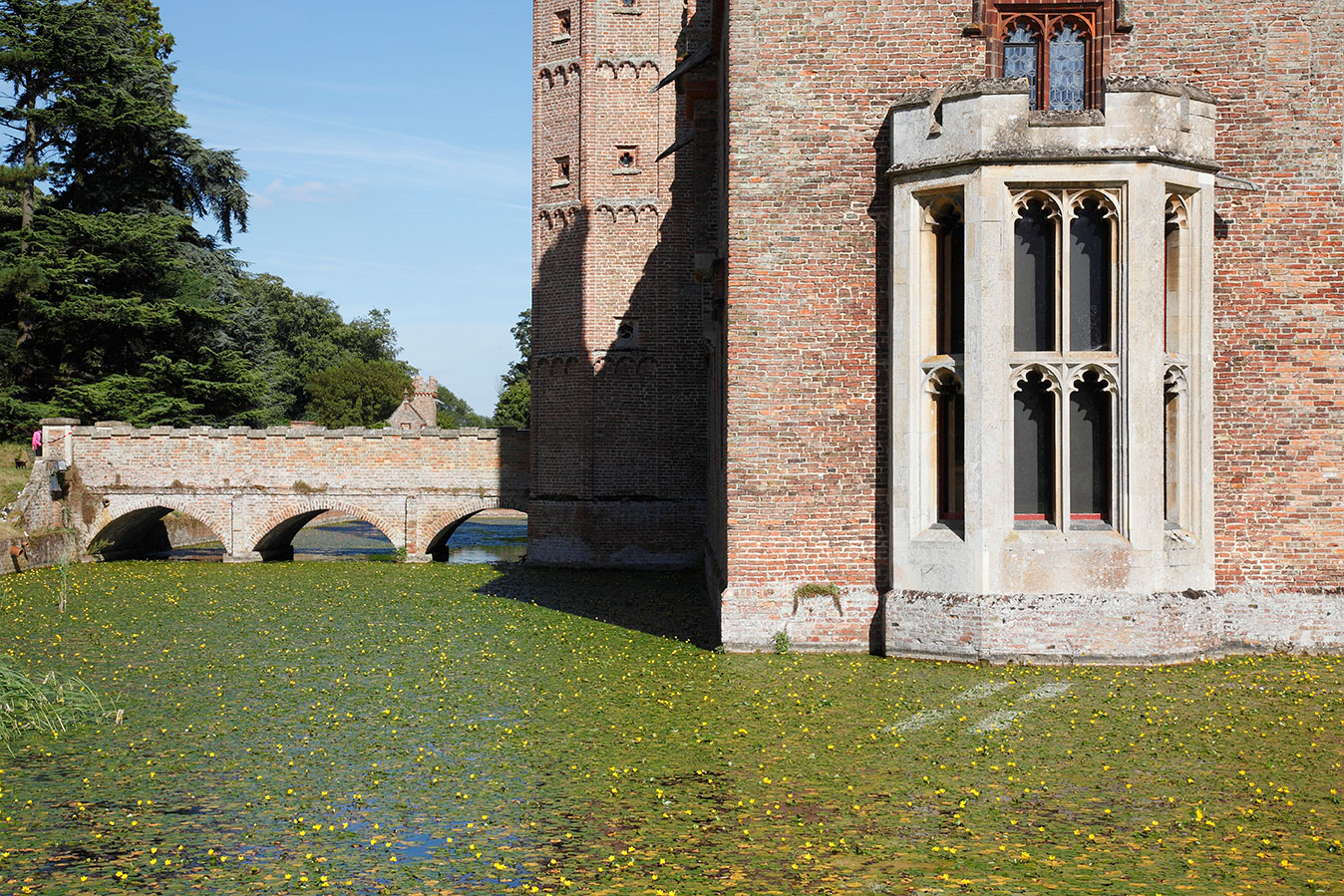 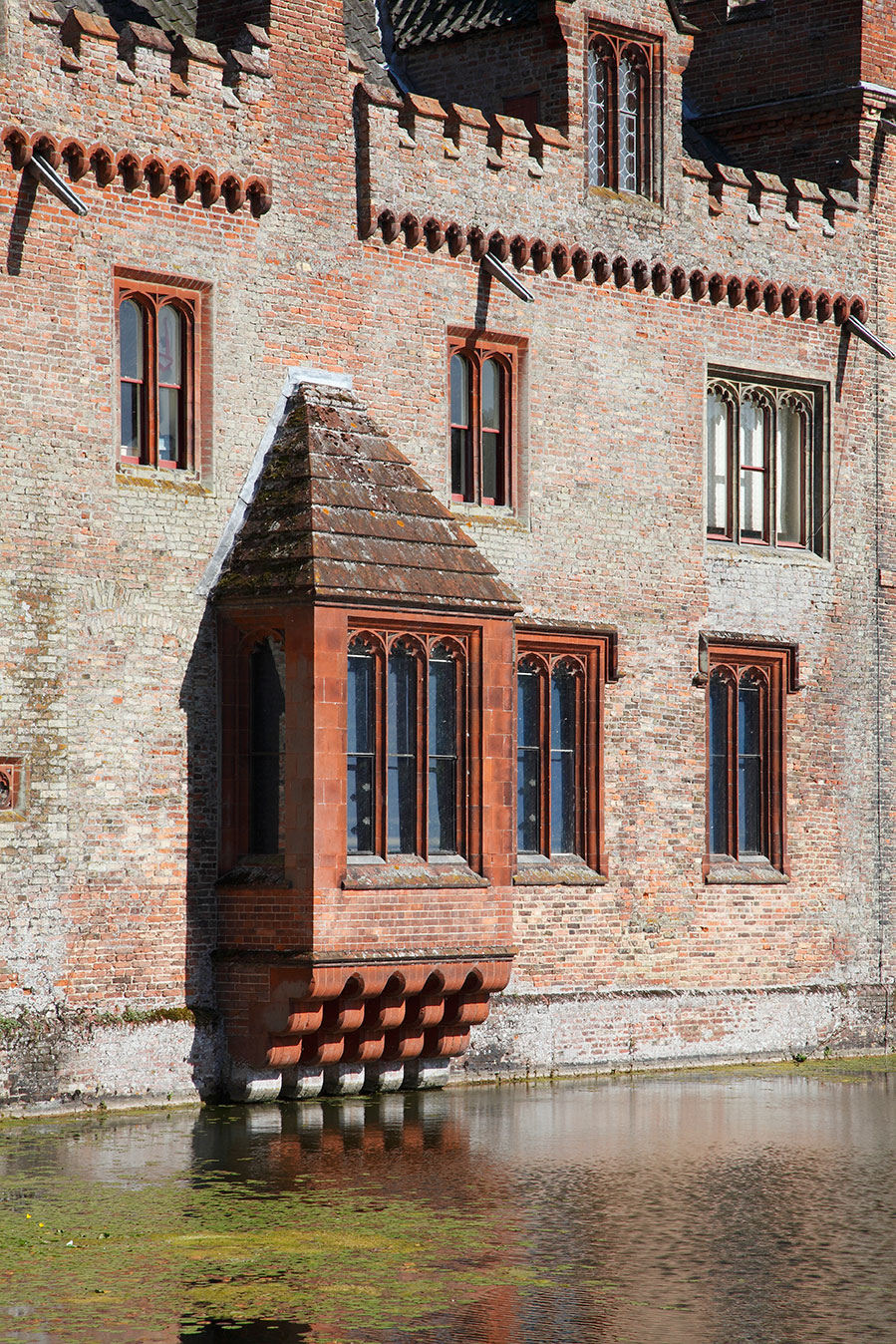 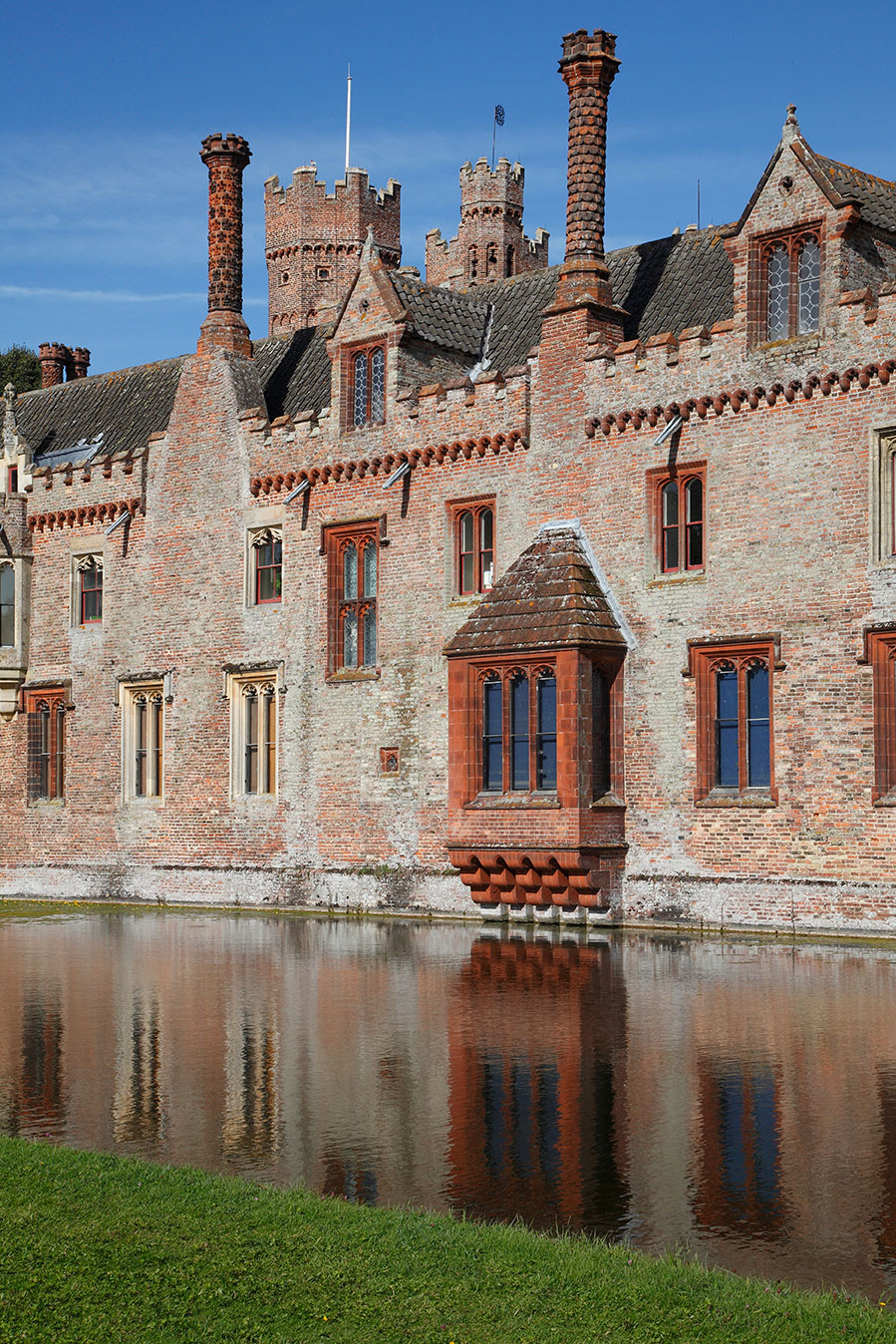 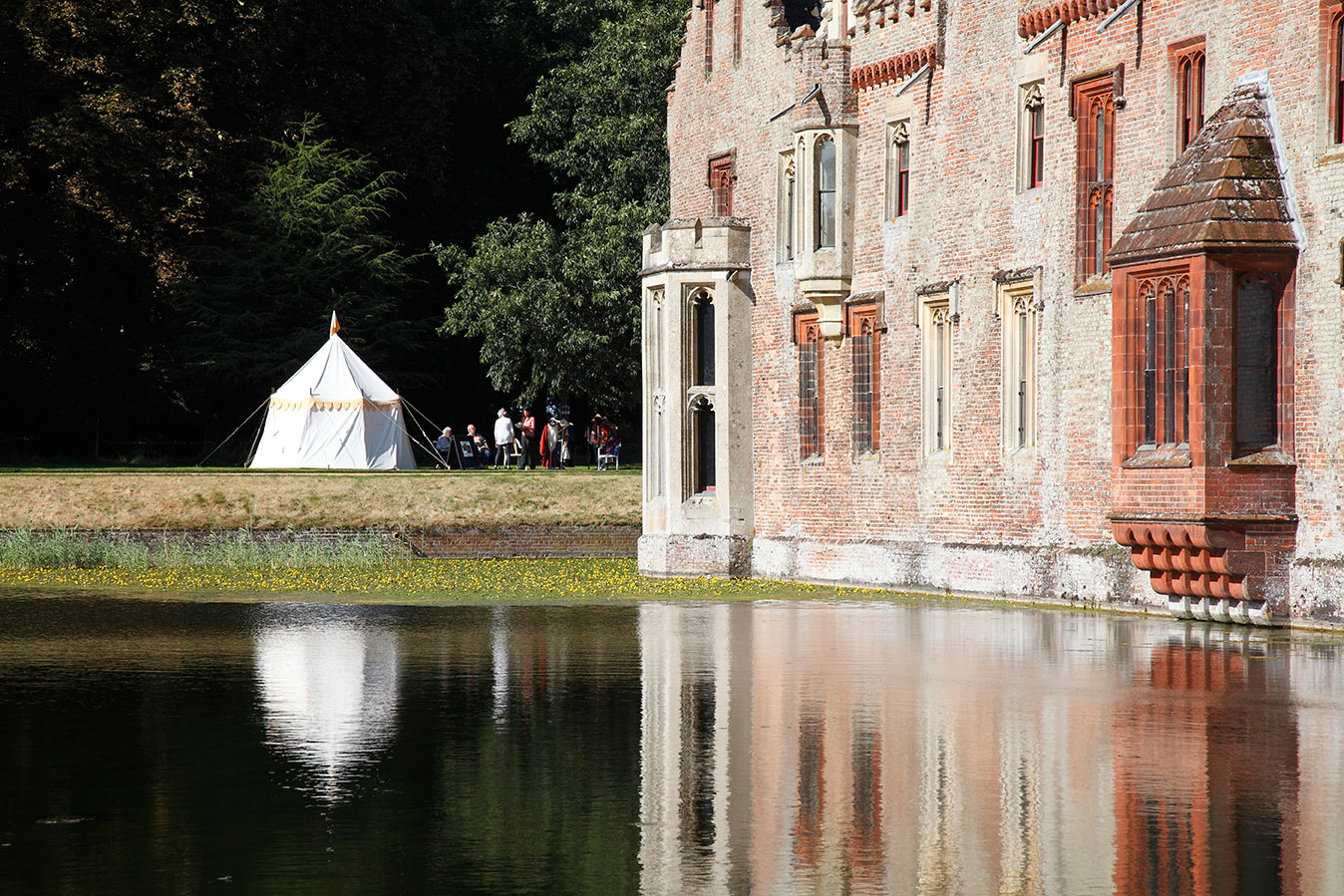 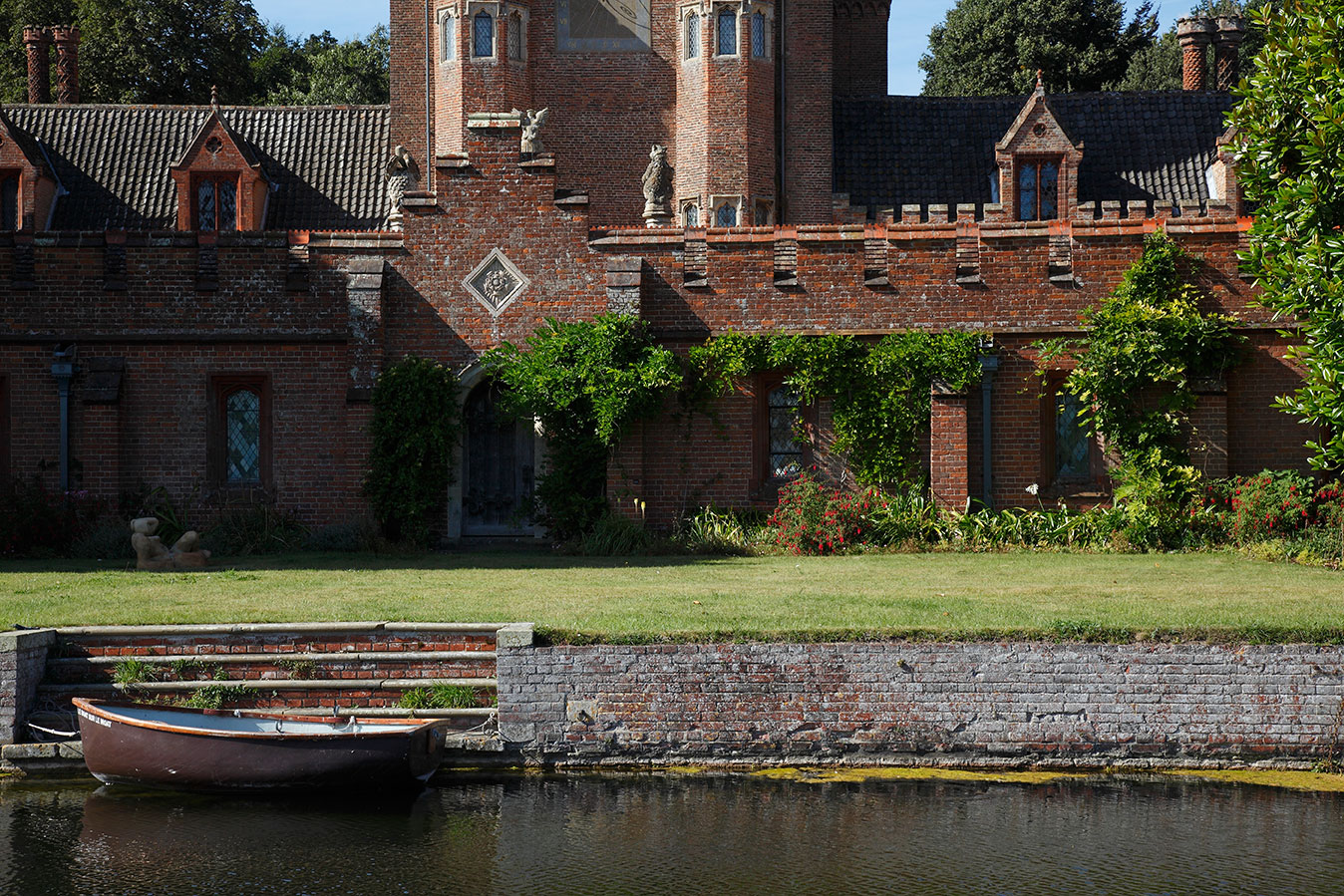 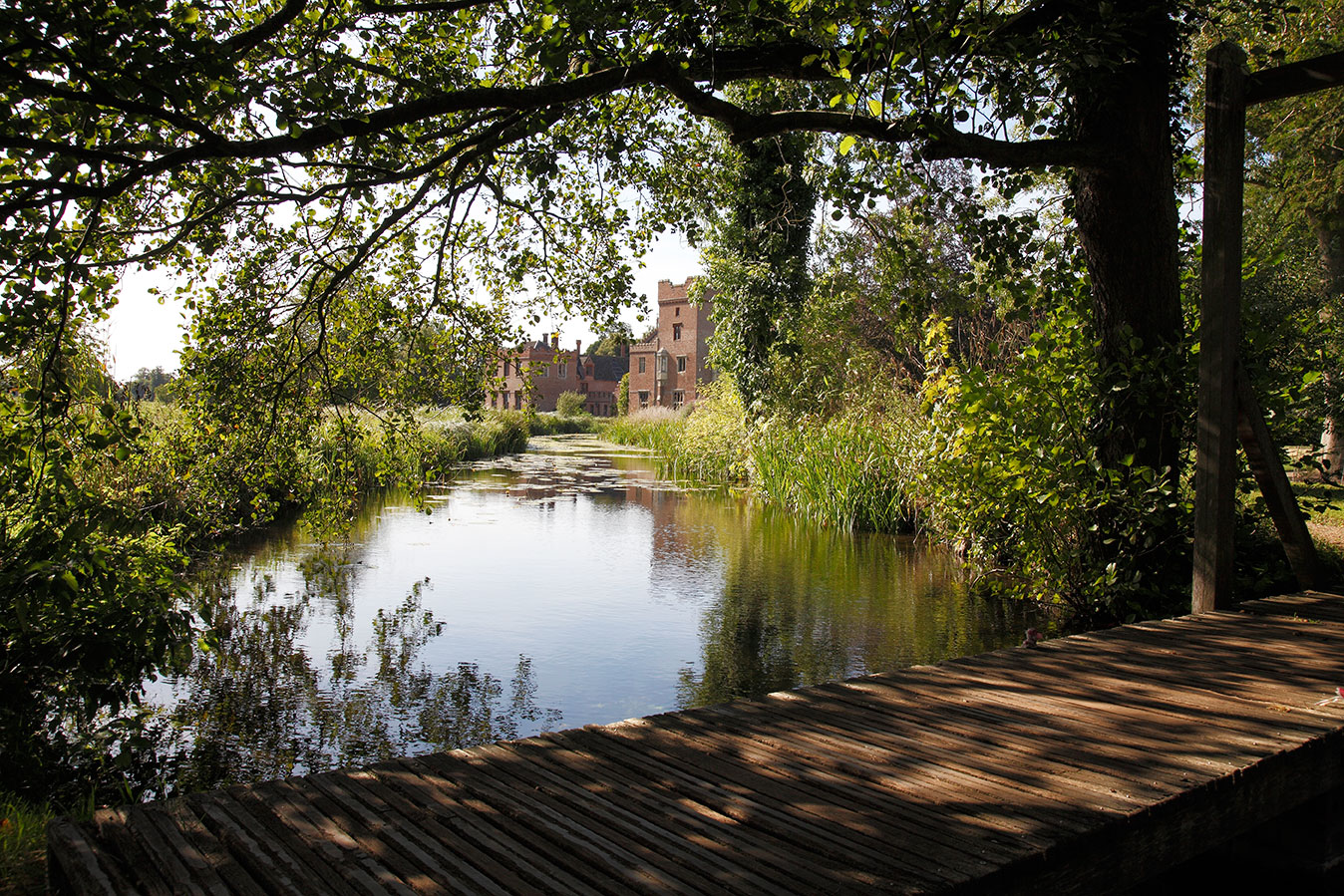 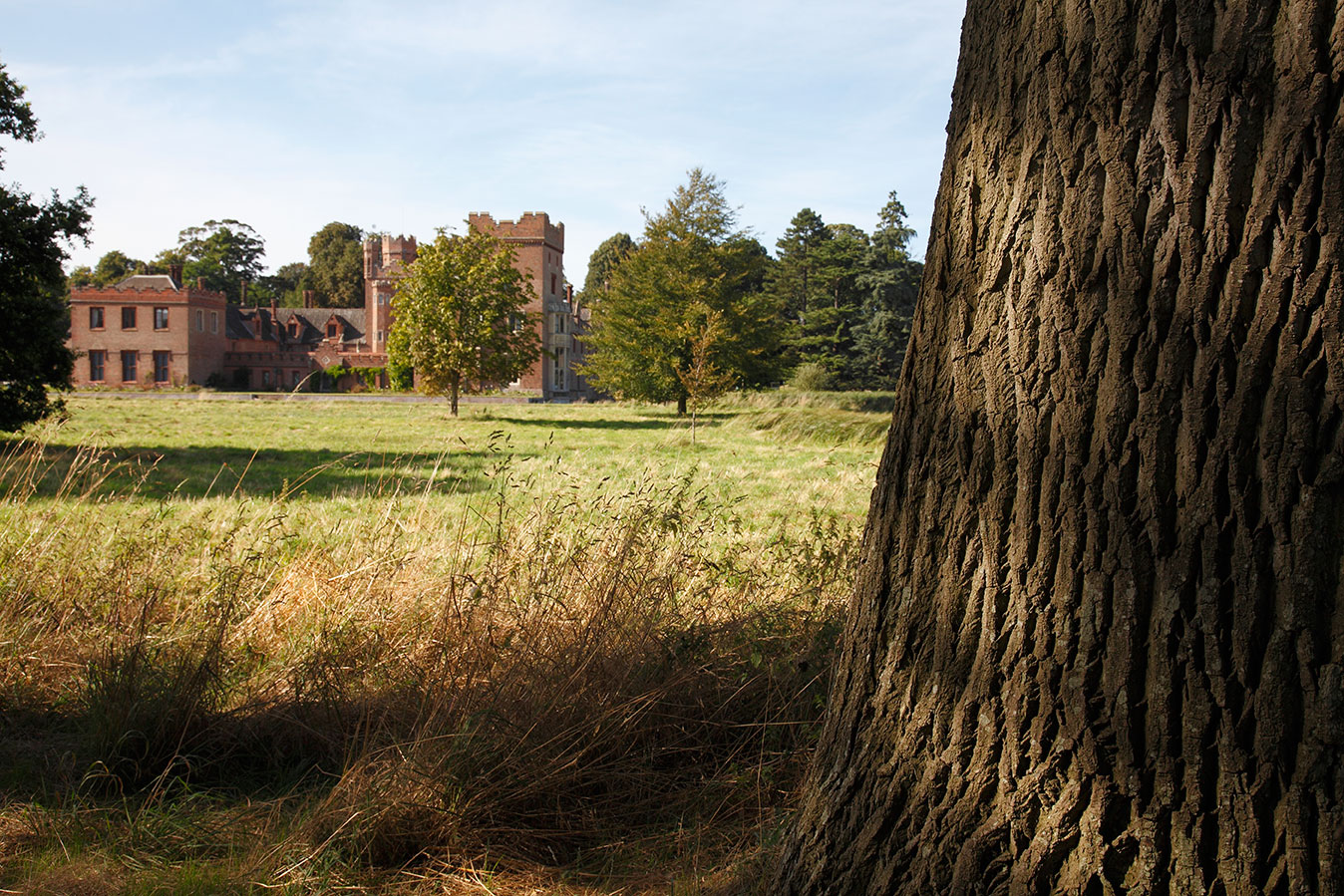 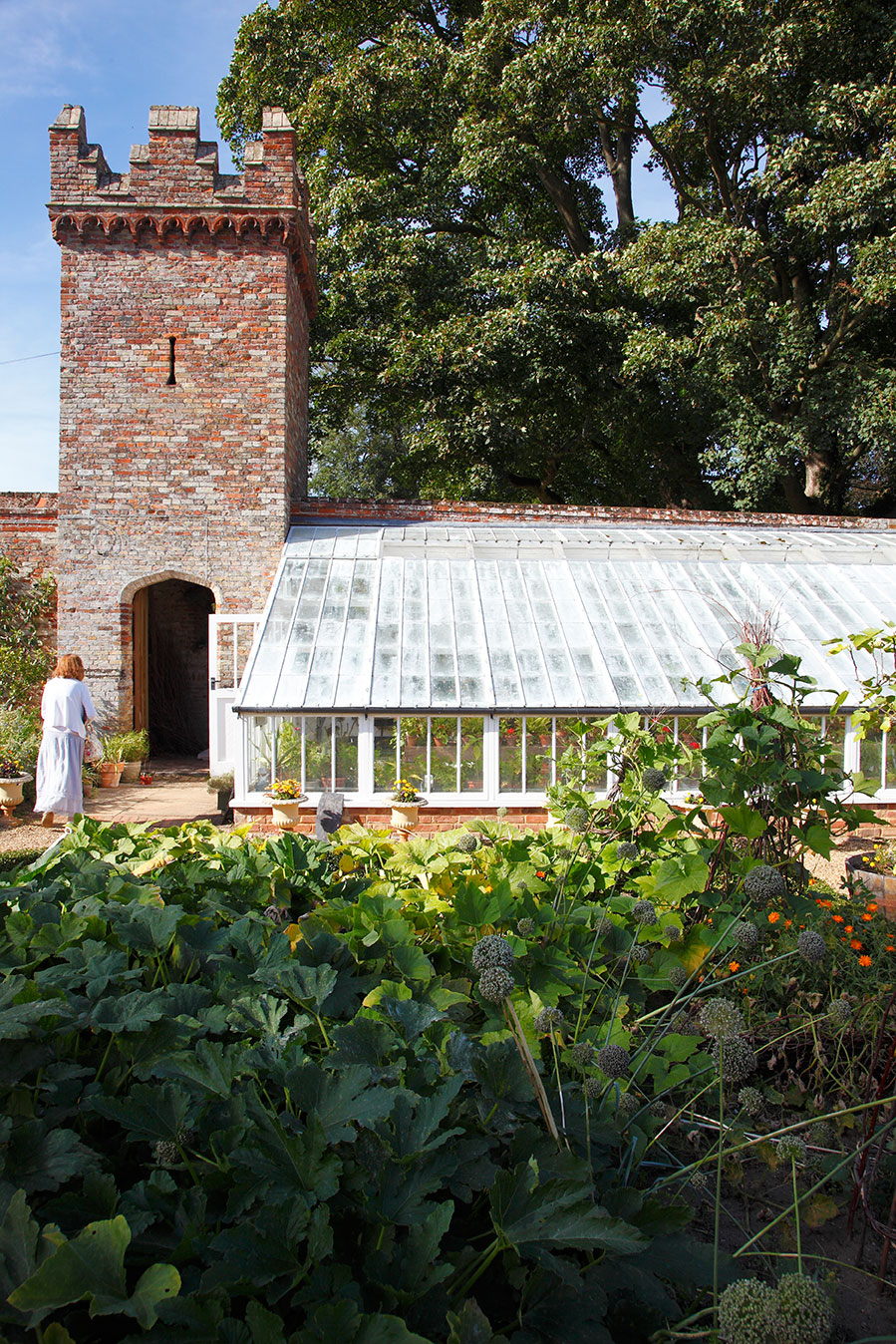 The one building that was open, was the private chapel. The Bedingfield family were Catholic, and for centuries had to hide the fact. Apparently the hall, like many others, contains a priest hole. After emancipation, the family could worship openly again, and built a small chapel in the grounds. It was furnished with medieval pews from Germany, and this spectacular Belgian altar screen. 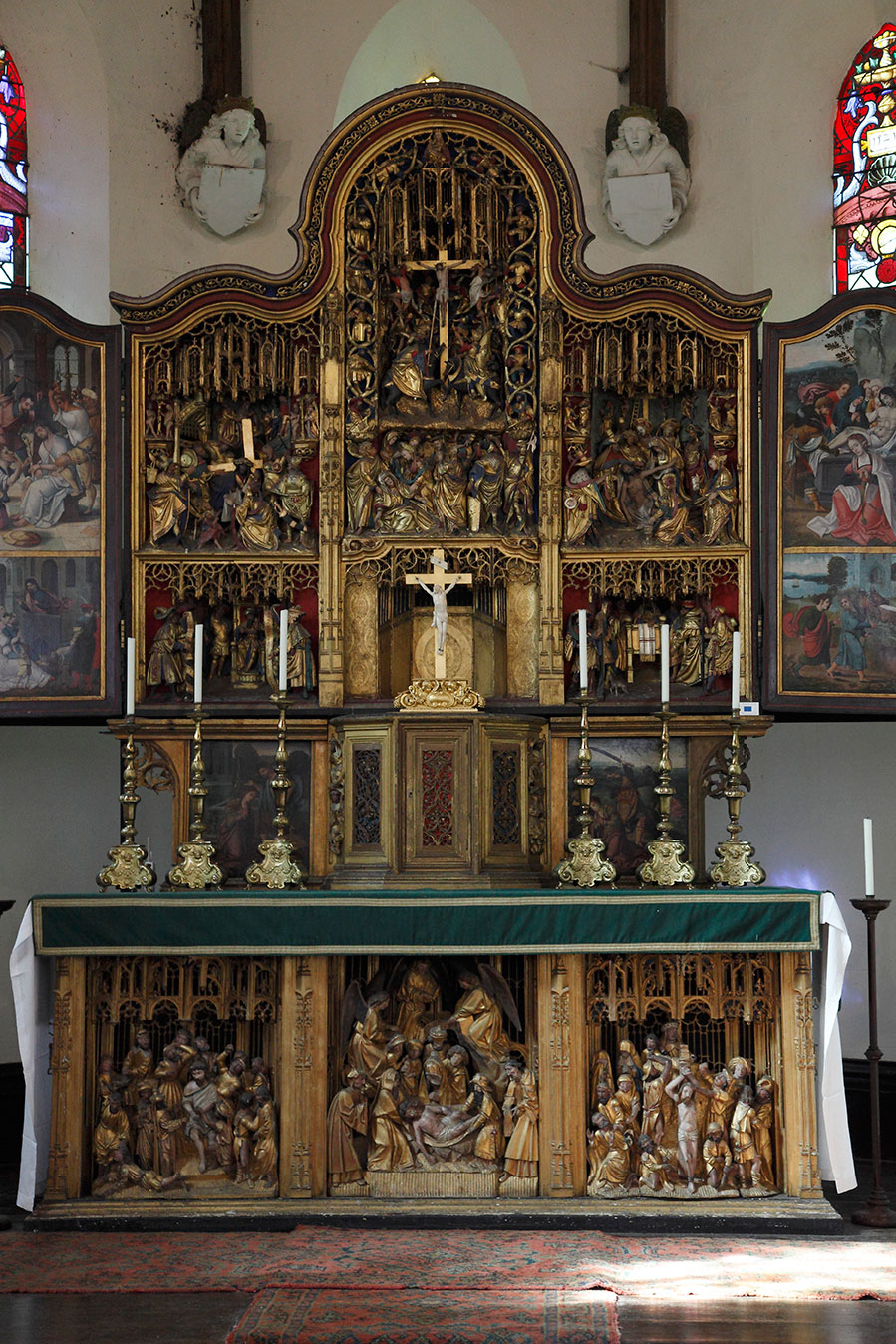 Oxburgh Hall sits in the confusingly differently spelled village of Oxborough, which has its own interesting church, including a ruined nave. 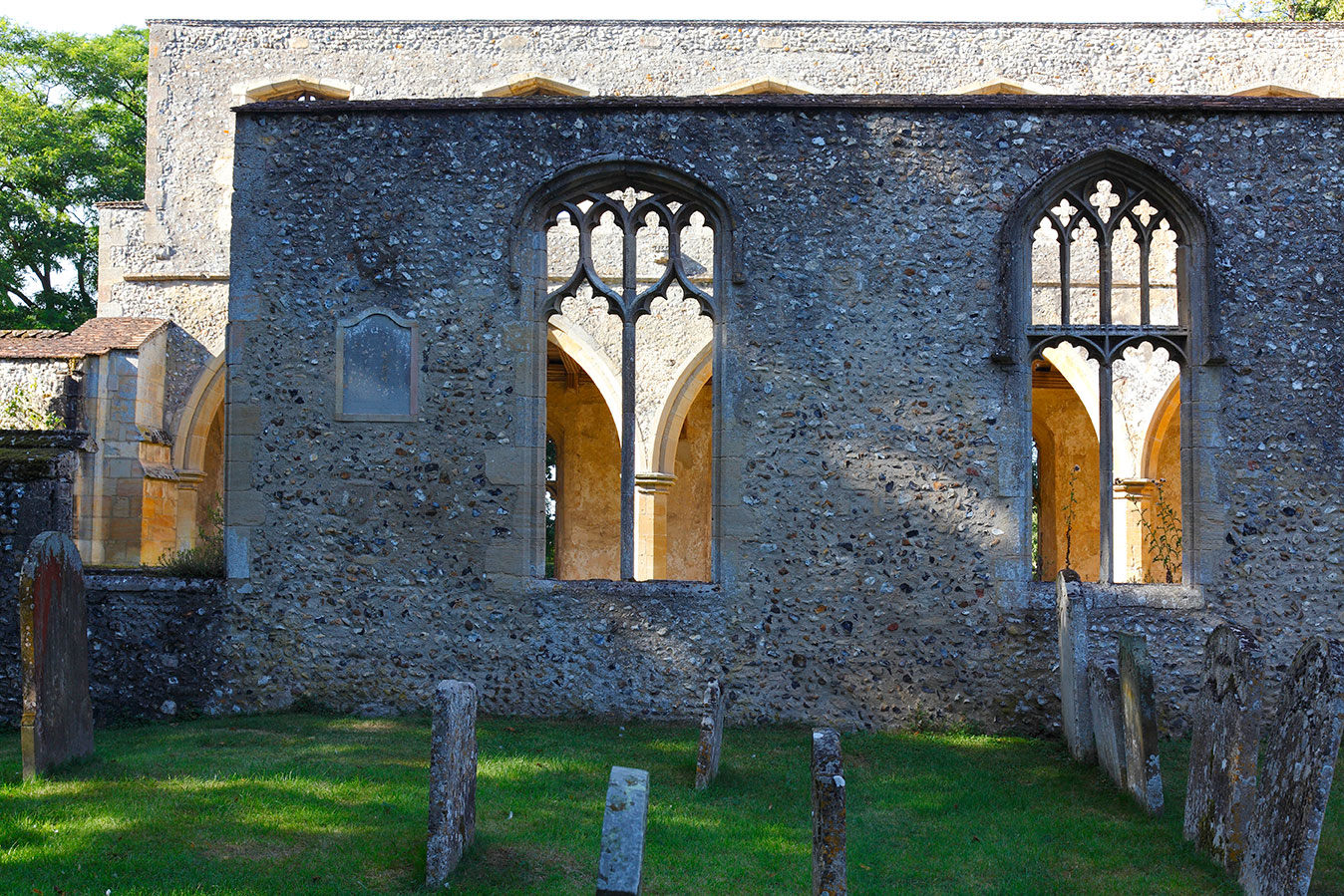 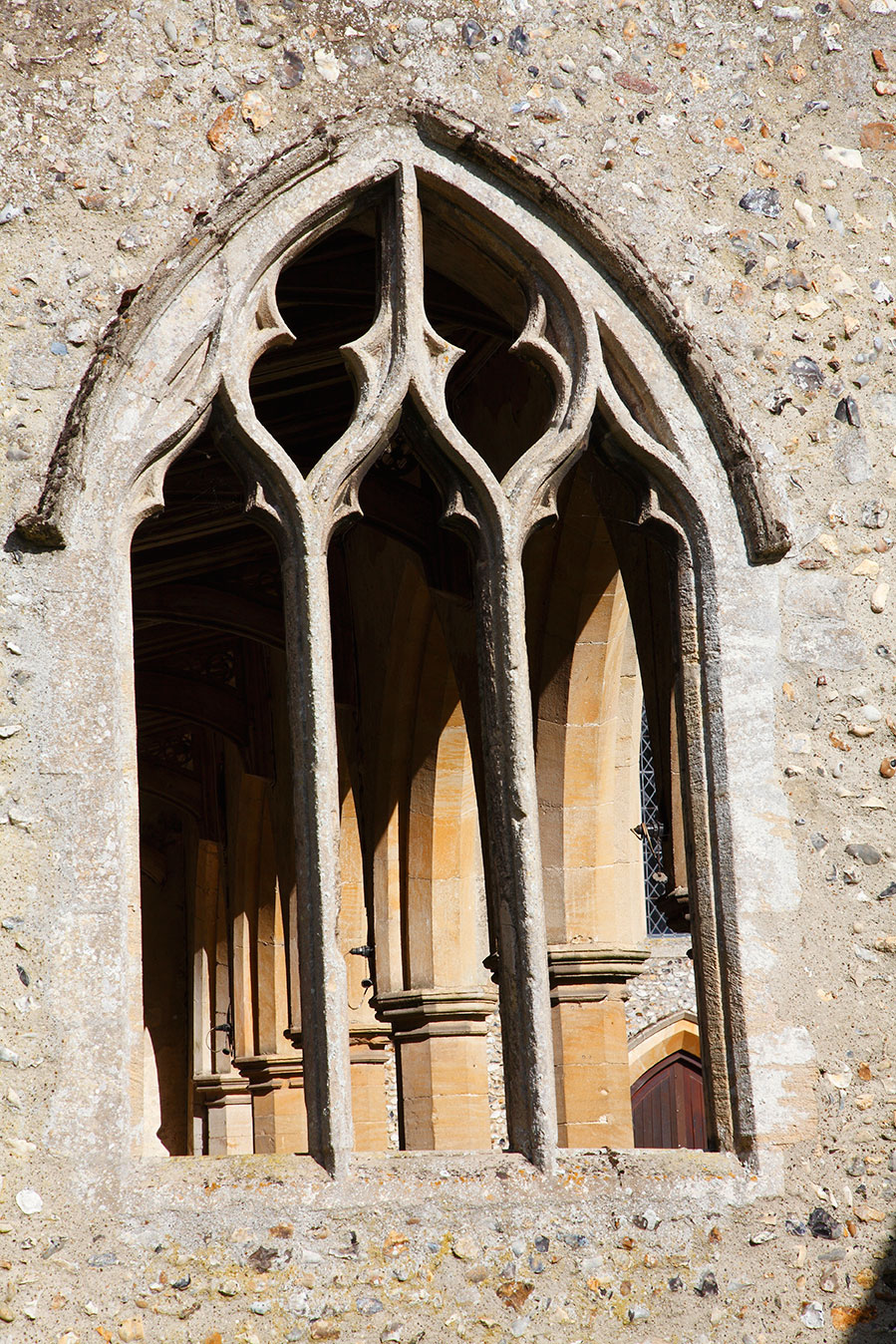