Two thousand years ago, a solitary star guided travellers through the desert. Today  in the middle east, you’d be hard pressed to see that star among all the twinkling lights of the rapidly growing cities of the region. While in Dubai recently, shooting an office interior, the client, Casa Forma, thought it would be great to get a skyline shot for their website. In particular he wanted a viewpoint which included the world’s tallest building, the Burj Khalifa. I tried to get a shot from the ground, outside the office block we had been shooting, but although impressive, it wasn’t the shot we were looking for. 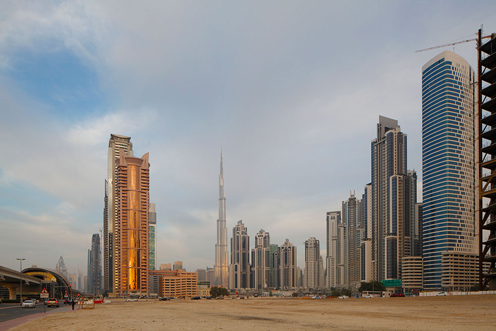 So we jumped in a cab and headed back to our hotel. The sun was almost setting, so we were worried about missing the best opportunity. We asked the driver to recommend a good viewpoint, but he was reluctant to pull over anywhere. So back at the hotel, we asked the doorman, and he replied “the hotel roof of course!” Up we went, I forget how many floors it was, and through the spa to the terrace. Wow! We made it just in time, with the sun going down over the sea. 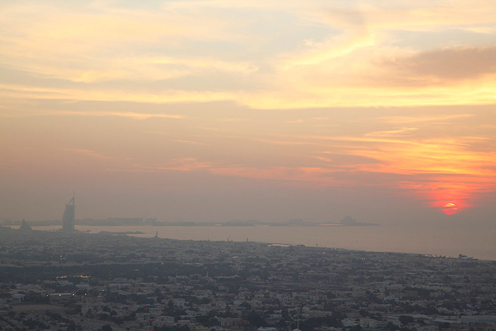 But, much closer was what we’d really come for, the Burj Khalifa, dwarfing everything around it. And as the sun went down, and the lights came up, the view just got more impressive. 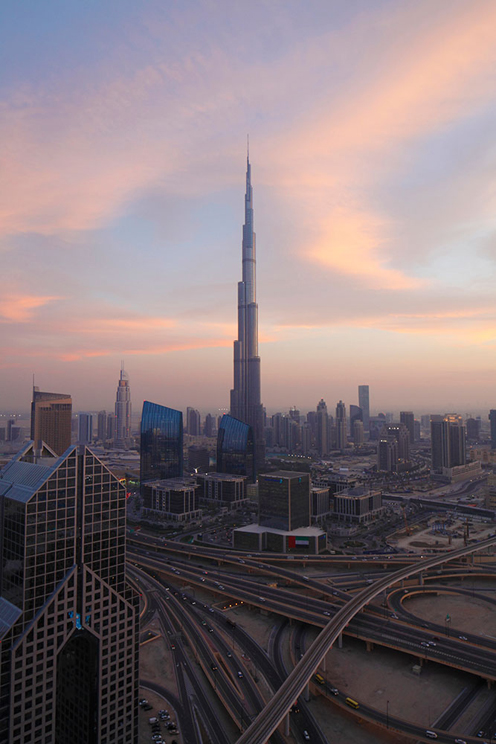 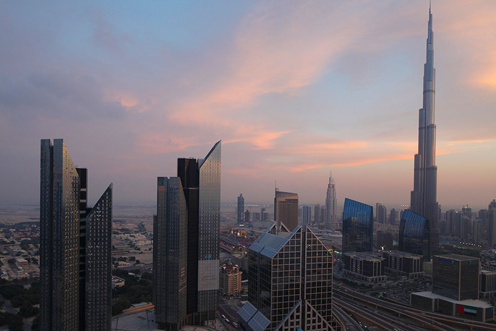 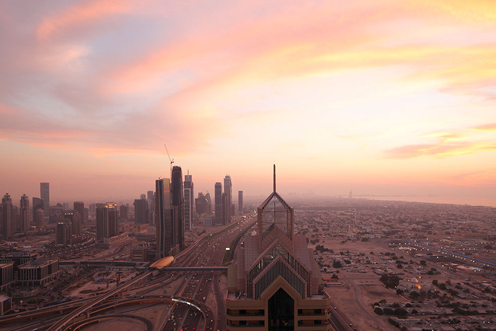 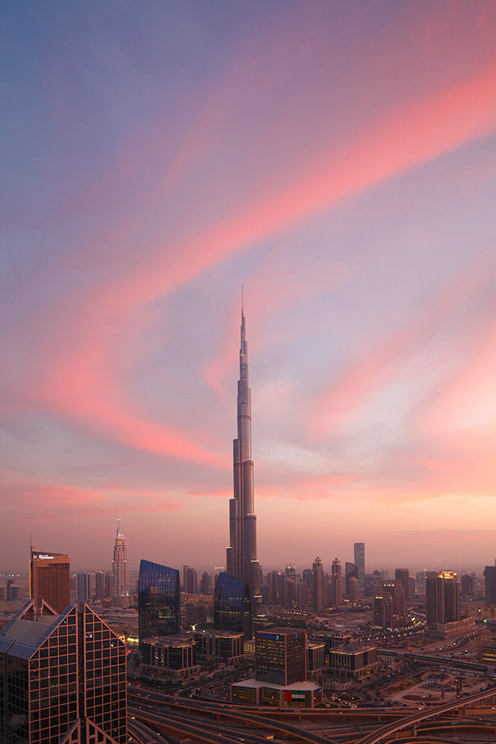 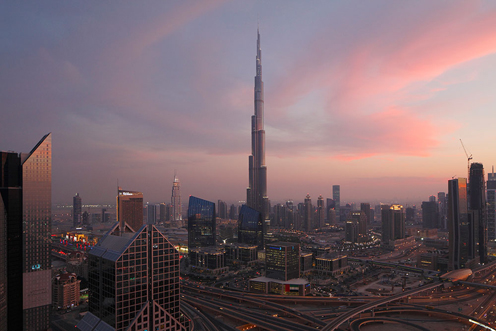 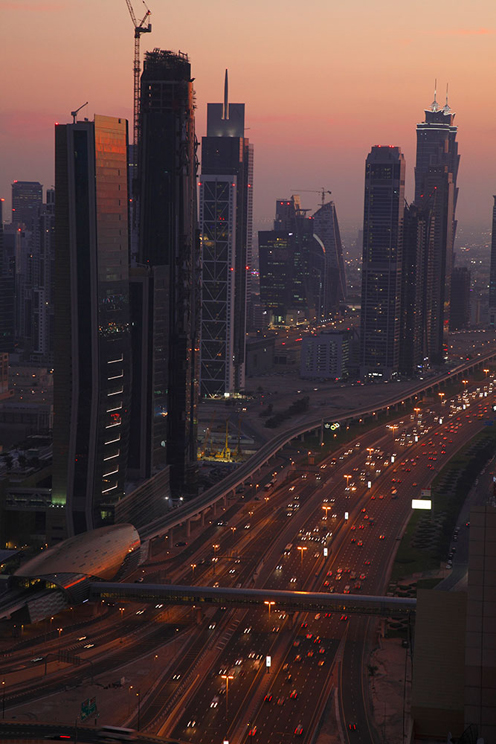 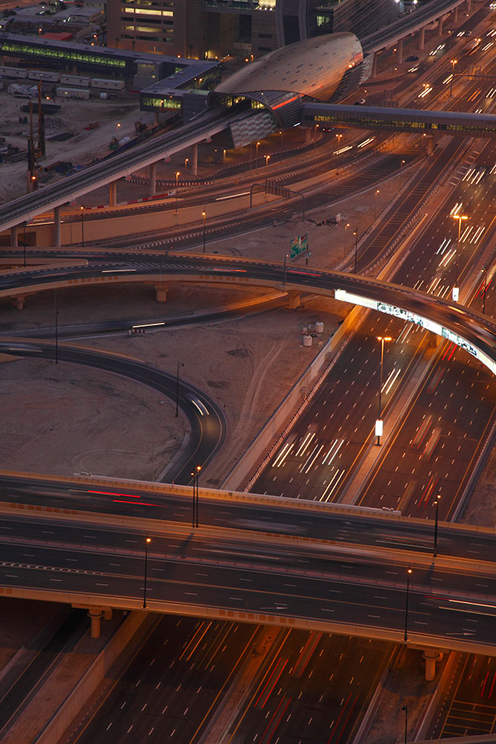 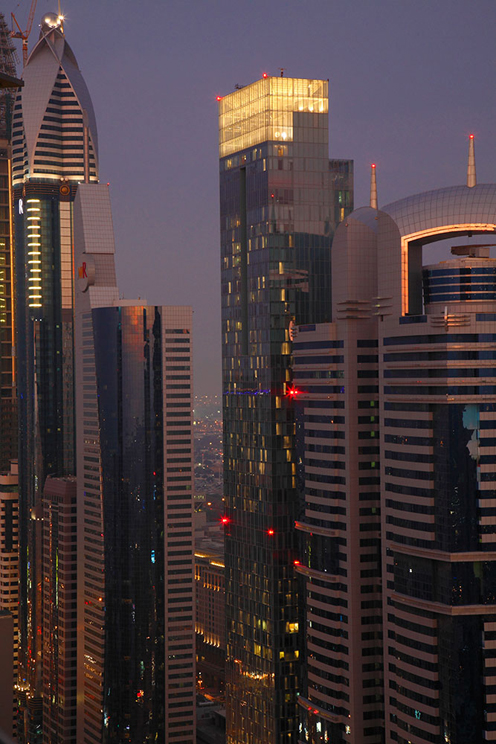 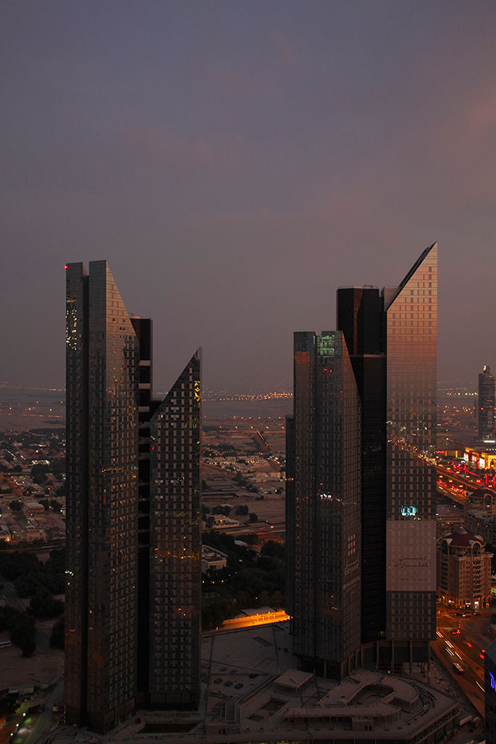 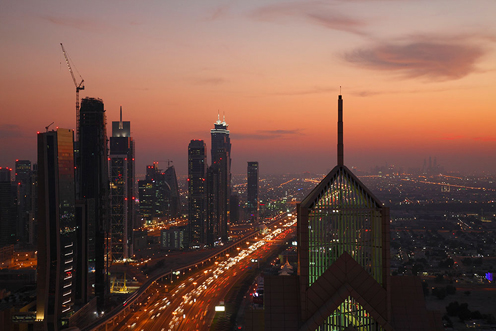 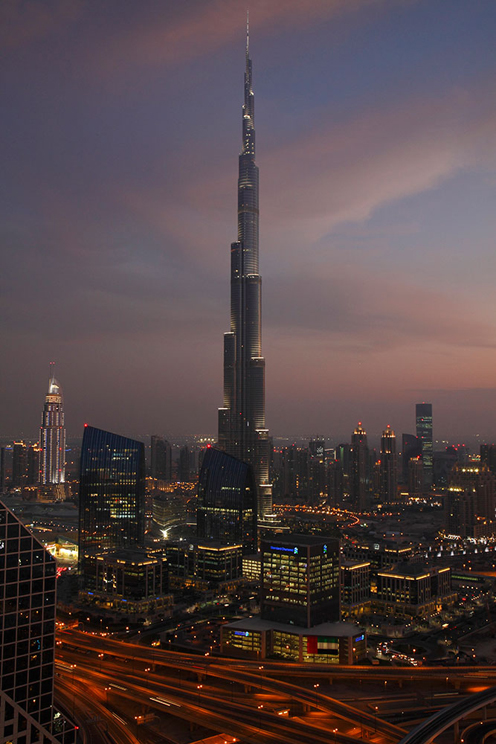 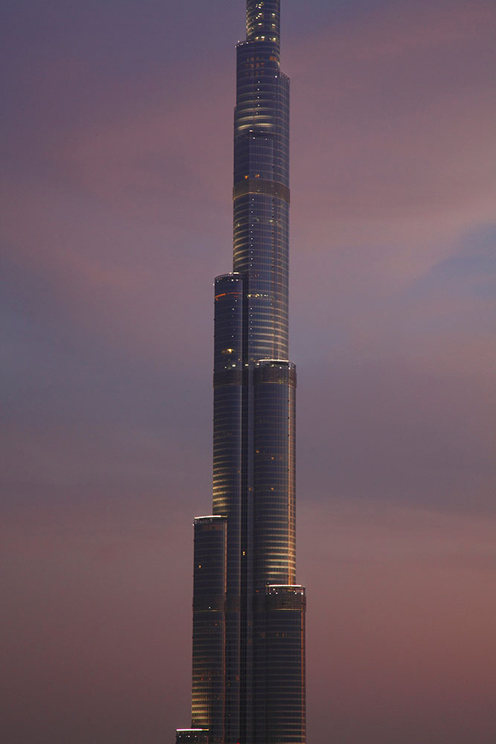