Rather like the old adage about waiting ages for a London bus, and then 3 come along, last year I shot a lovely apartment for Jess Lavers on Hanover Street, only to find myself back on the same street a few weeks later shooting the apartment block itself for Squire & Partners. I’ll get back to you about the third commission. Fingers Crossed!

The Building, Mixed use office and residential, with a gallery at ground floor level.

Running between Regent Street and Hanover Square, Hanover Street was historically a centre for tailors specialising in military uniforms. This was the cue for the residential portion of the building’s striking red and gold shutters, which also got me thinking about those London buses again. During the shoot, we were fortunate that as Squire & Partners had also designed the building directly opposite, we were able to gain access in order to get the elevation shots that we would have struggled to get from the ground. The architects may not be quite the household name as Foster, Rogers or Hadid, but I would say they are probably having more of an impact on the city than any of the above. 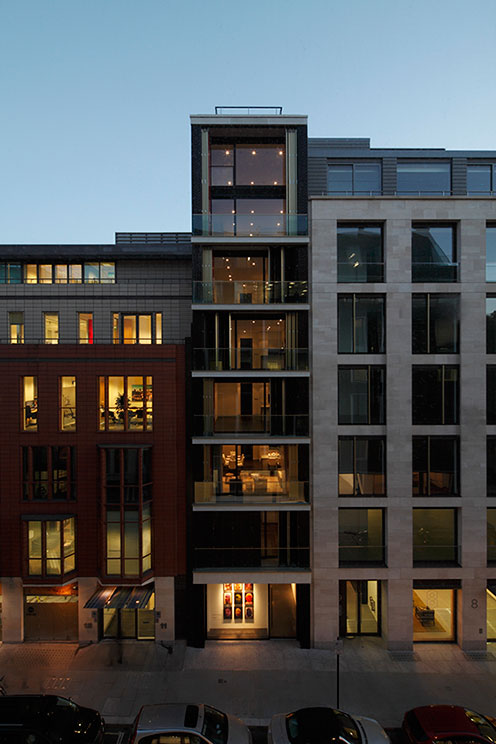 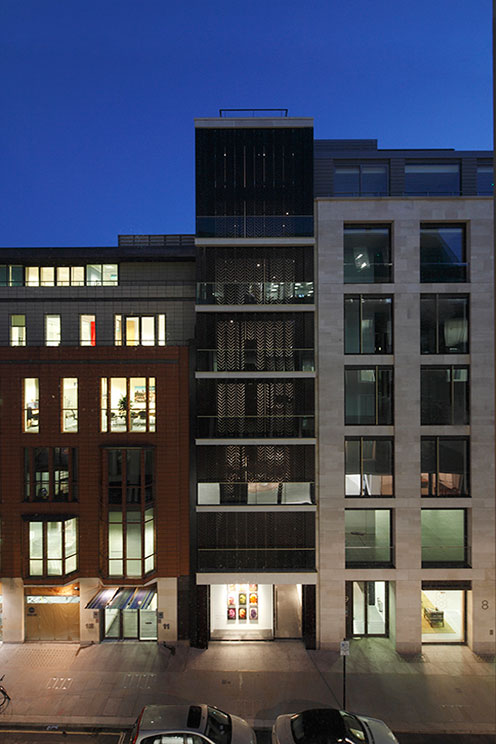 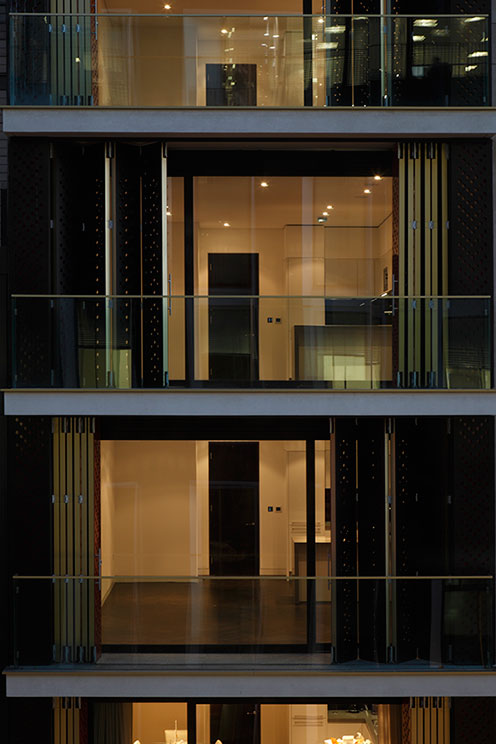 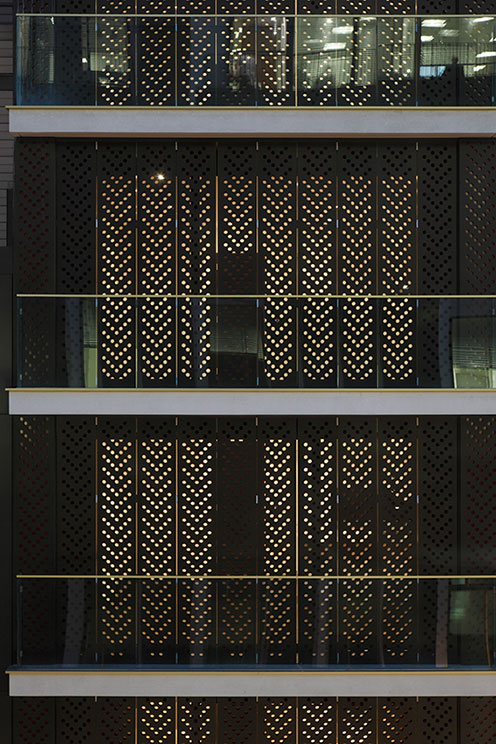 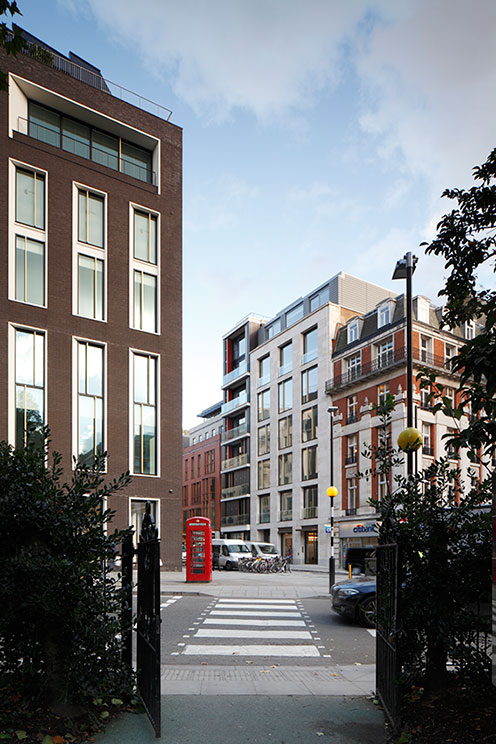 View from Hanover Square, with the other building by Squire on the left. 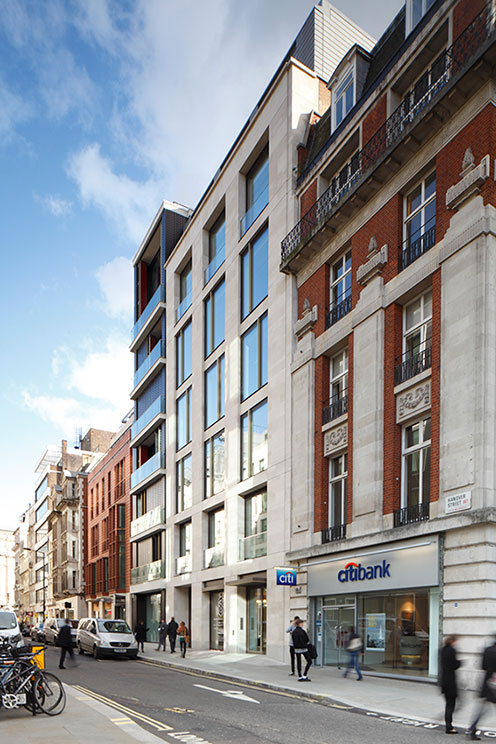 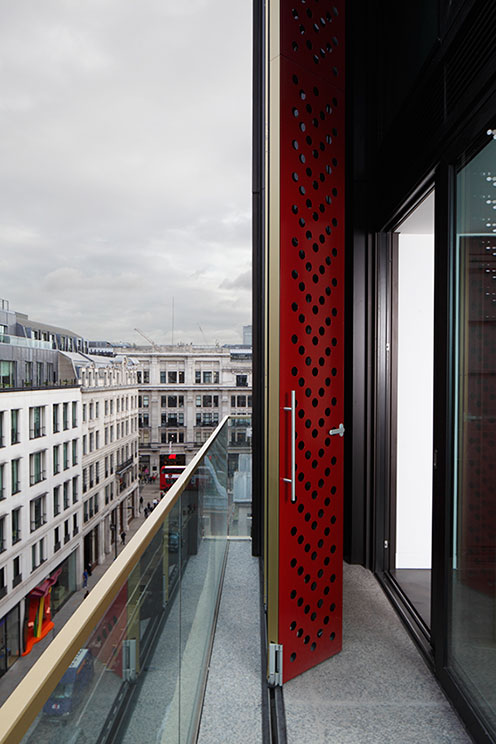 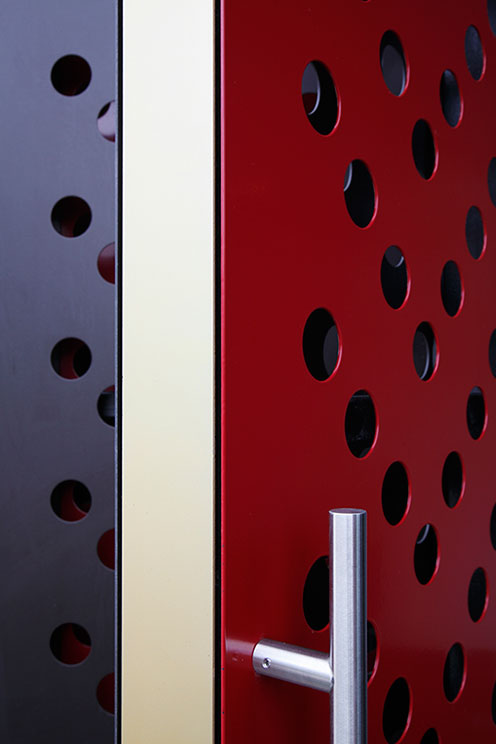 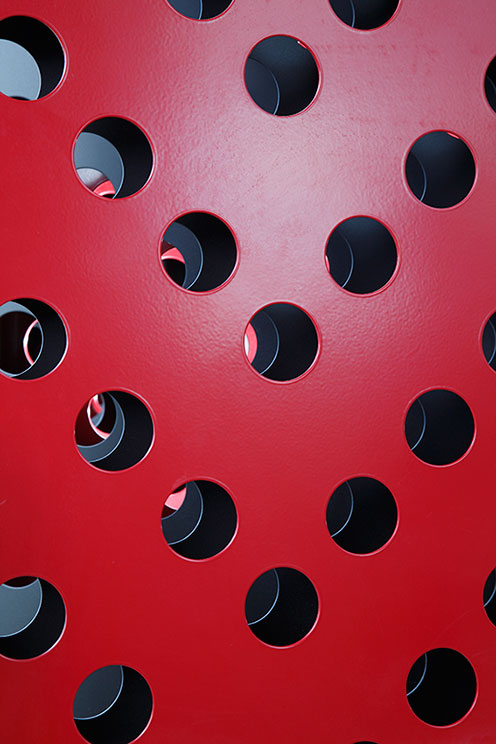 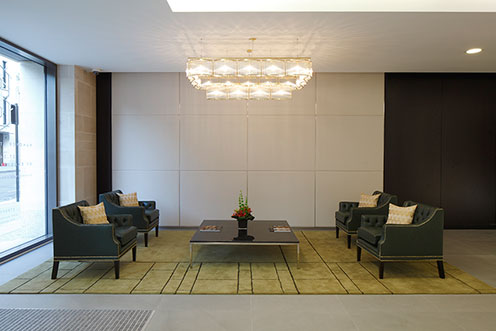 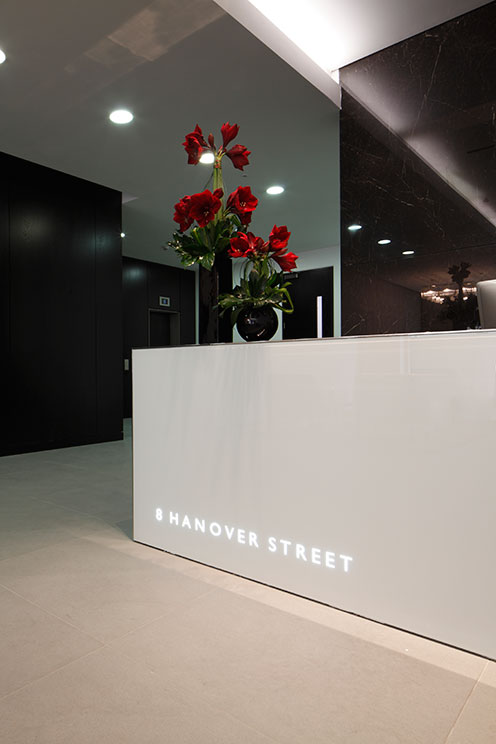 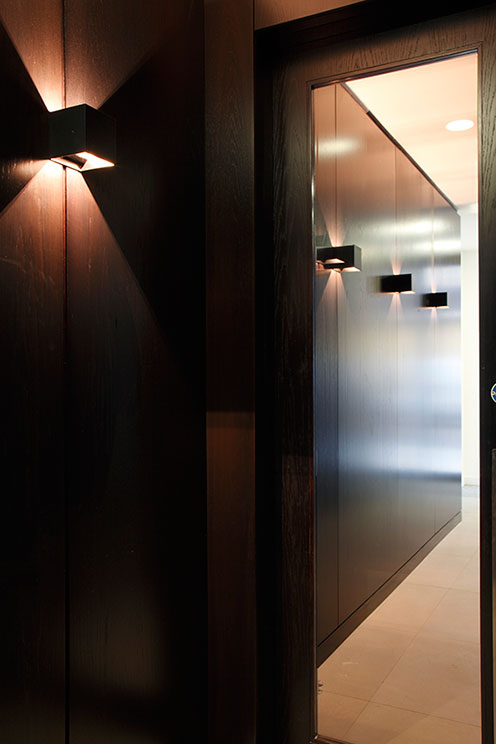 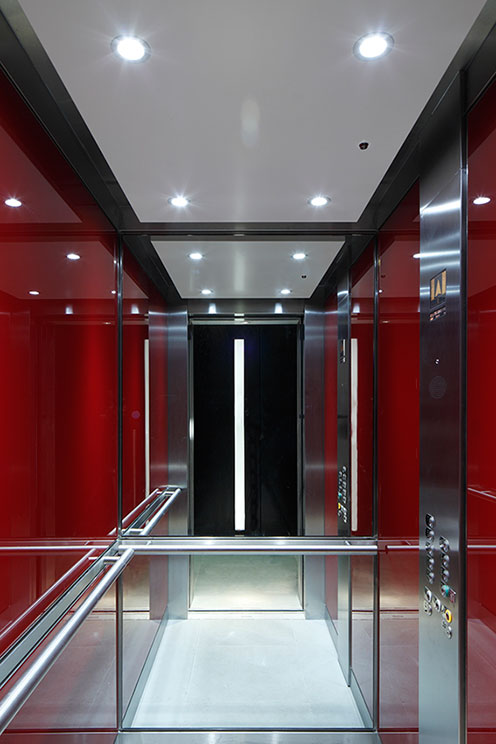 London Bus Red makes another appearance in the lift.

The apartments are made unique by the full height folding shutters. With perforations arranged in chevrons, the light filters through intriguingly. I’ve shot several projects for Jess Lavers, both her work for private clients and for developers. She always manages to extract something of the essence of the building to create elegant interiors, here picking up on the gold of the shutters to great effect. 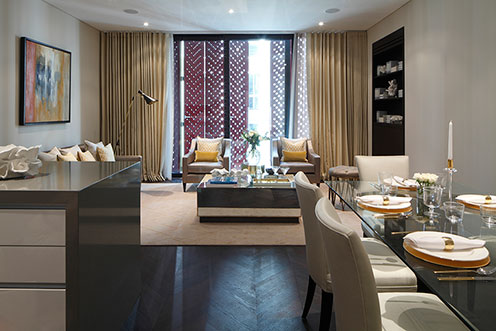 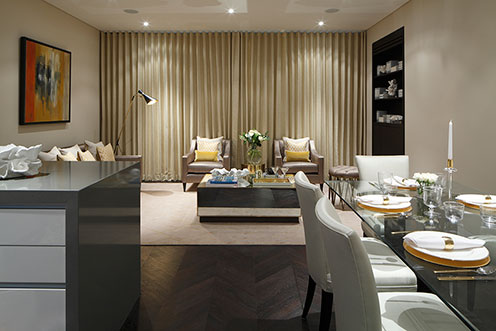 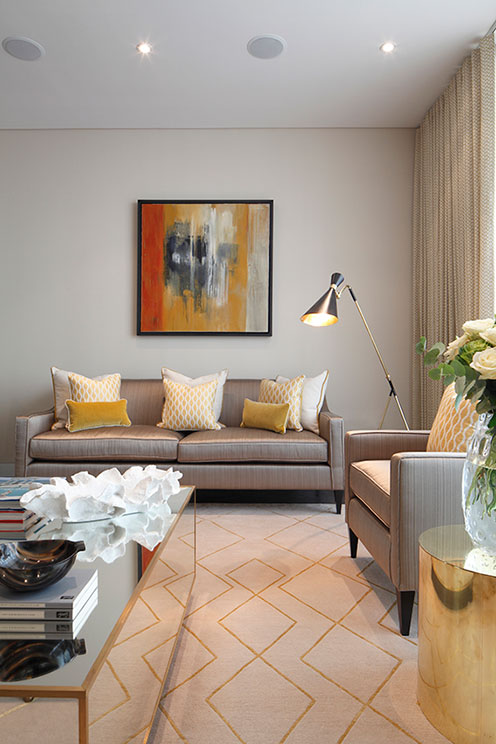 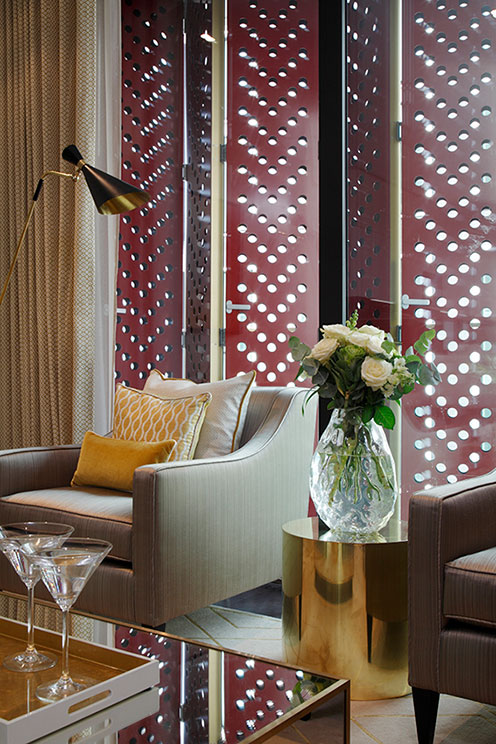 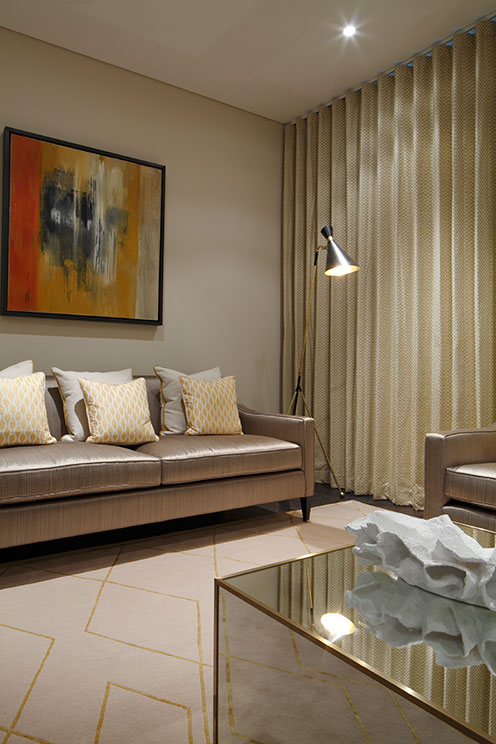 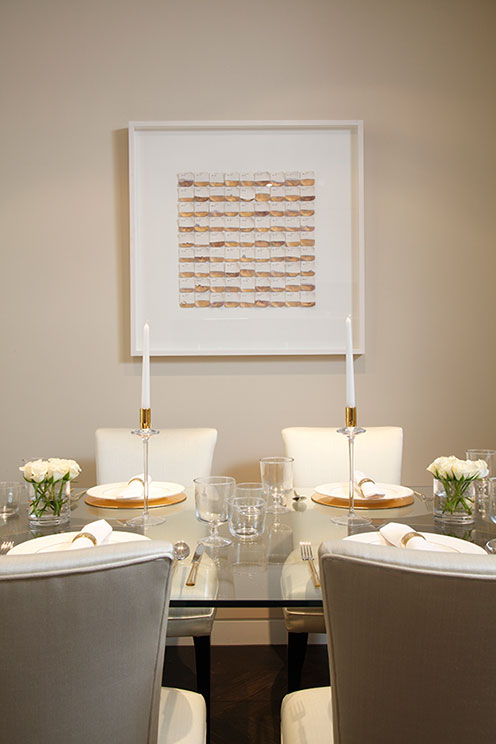 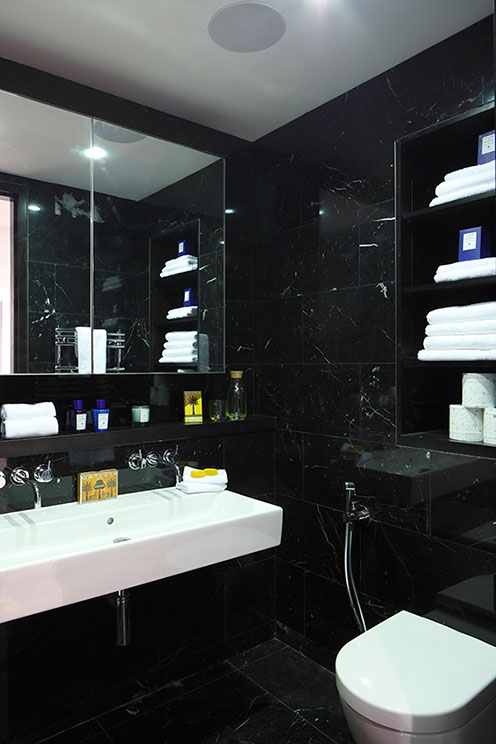 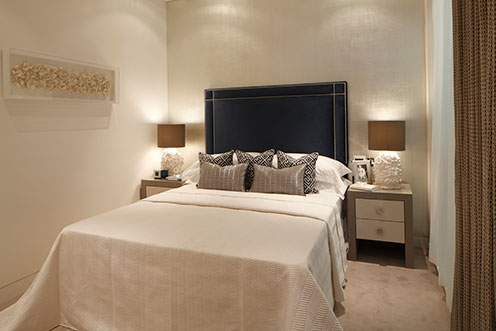 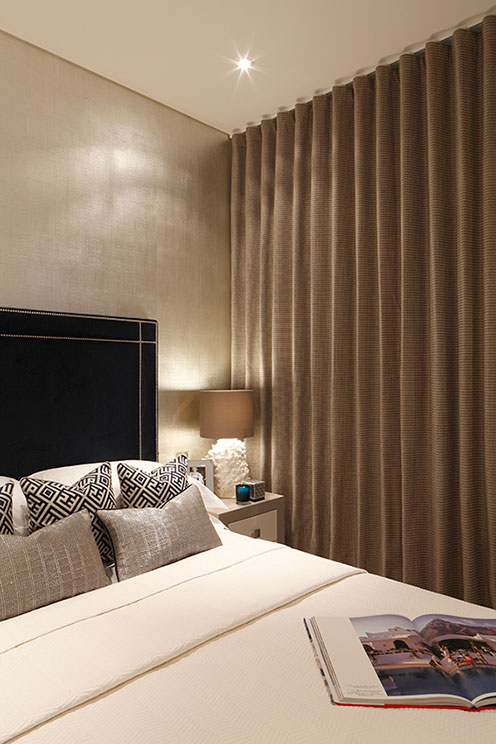 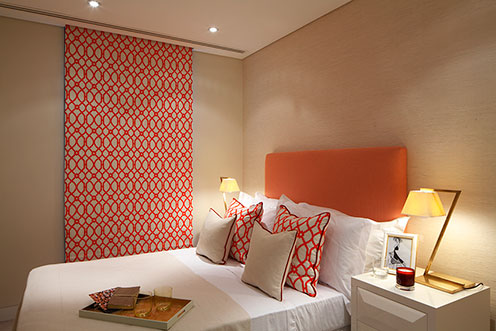 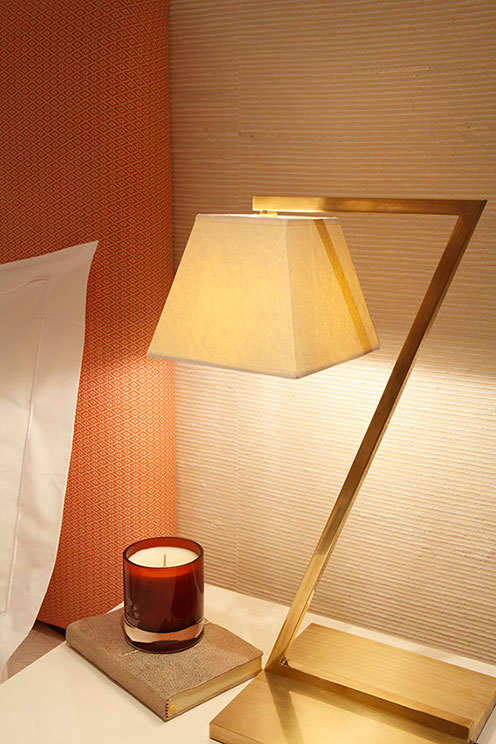