Which Architect’s signature style would you recognise, if seeing a random building for the first time? Zaha Hadid’s swooping futurism might be easy enough, as might Frank Gehry’s explosive shape making. The long established Meccano-esque coloured structures of Richard Rogers are familiar to many, and even Chipperfield’s austere and unshowy style is gradually gaining in familiarity. But, perhaps surprisingly you might be hard pressed to pick out a building by perhaps the world’s best known Architect, (Lord) Norman Foster. Apart from his best known works such as the Gherkin, Wembley Stadium, and the home of the Greater London Authority, his output is the architectural equivalent of the grey suit; slick corporate style in restrained hues, that seeks to remain anonymous. That’s not meant as a criticism of his buildings, which are of course extremely well detailed and well finished. They just don’t necessarily crave attention, and are much emulated by other Architects, so singling out his work isn’t always easy.

I was therefore pleasantly surprised by one of his practice’s latest projects, the newly opened extension of the Lenbachhaus Museum in Munich. The original museum is a nineteenth century villa, built for artist, Franz von Lenbach, and situated prominently on a corner opposite one of the city’s major monuments, the Propylaea. The villa, which houses a fine collection of art, including Lenbach’s own work, is in Florentine style with a rich ochre stucco finish. Perhaps it was this precedent that encouraged a rare foray into colour by the Foster studio. The extension is clad in slim metal tubes, gold in colour, but apparently a copper and aluminium alloy. The effect, while harmonious with the villa, jumps out and surprises. 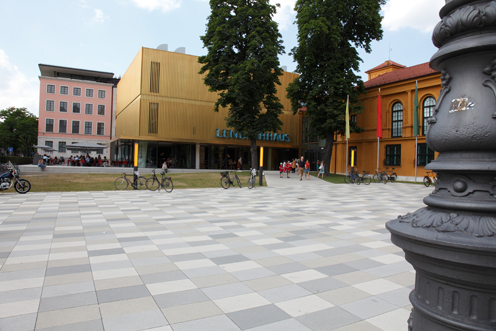 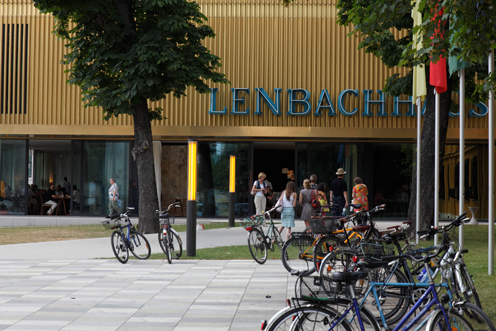 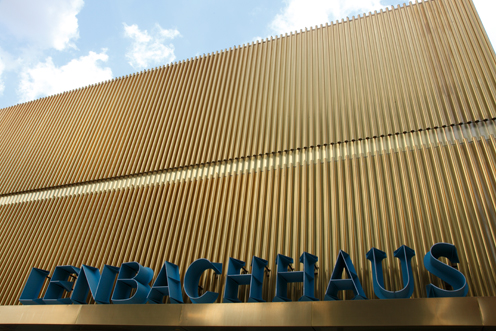 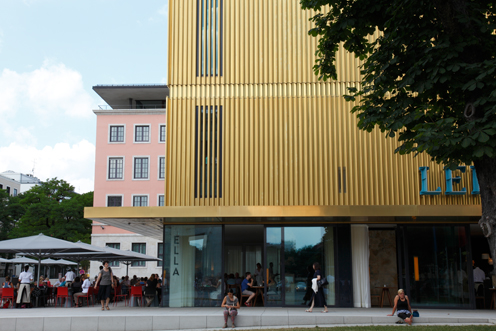 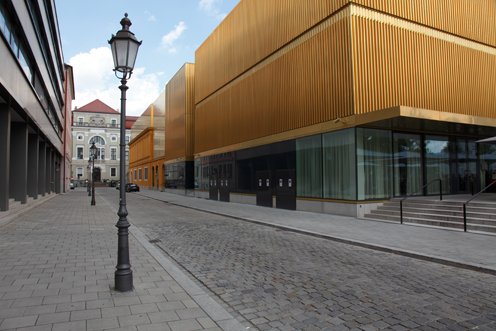 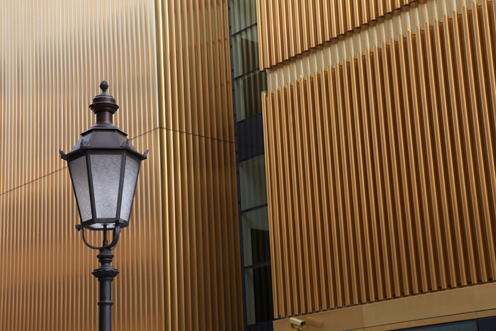 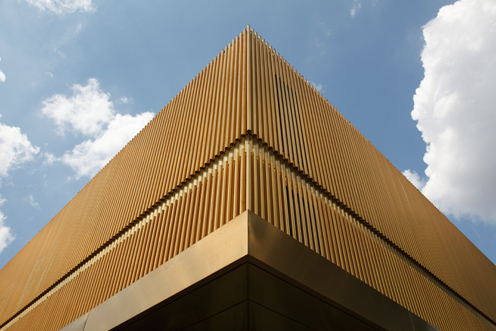 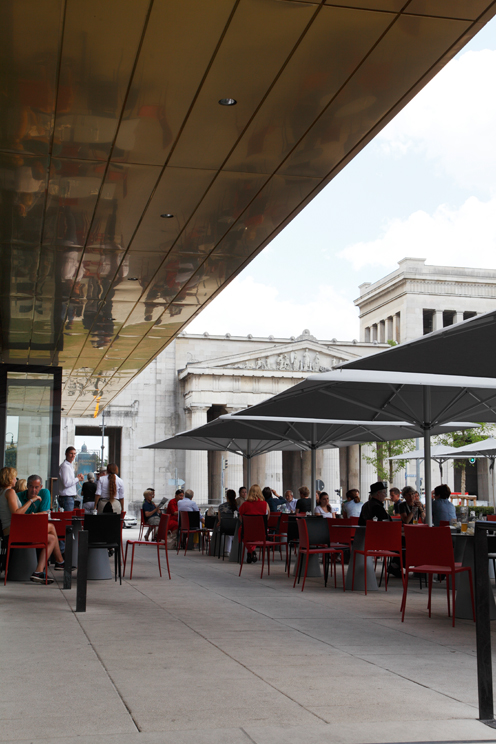 The cafe terrace with the Propylaea in the background. 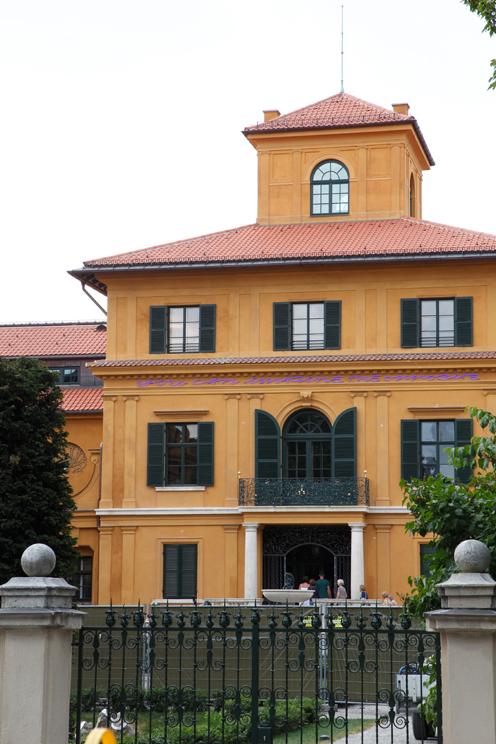 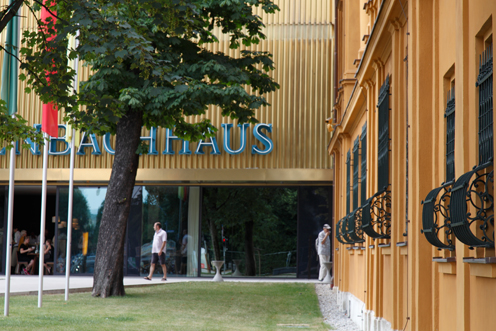 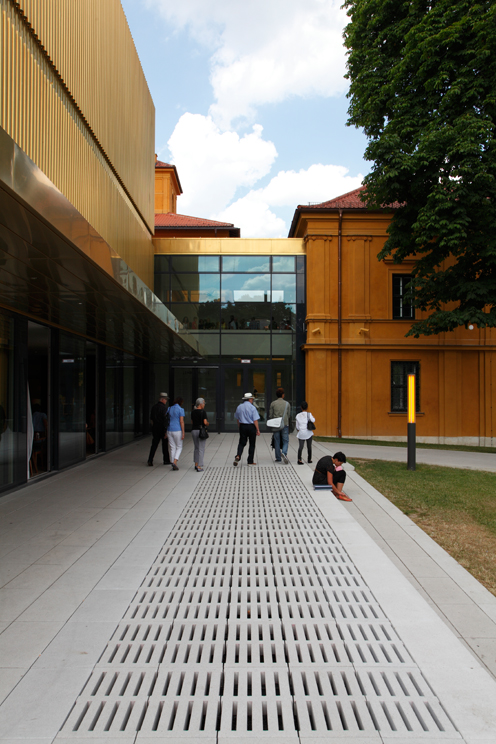 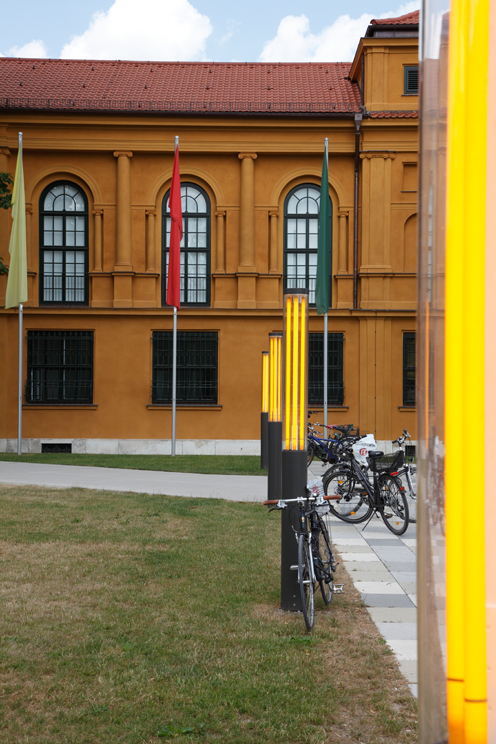 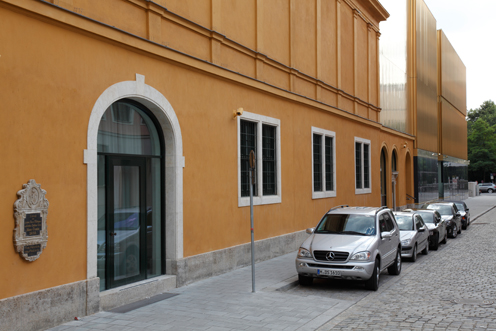 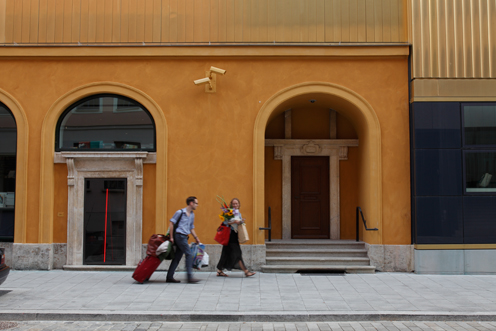 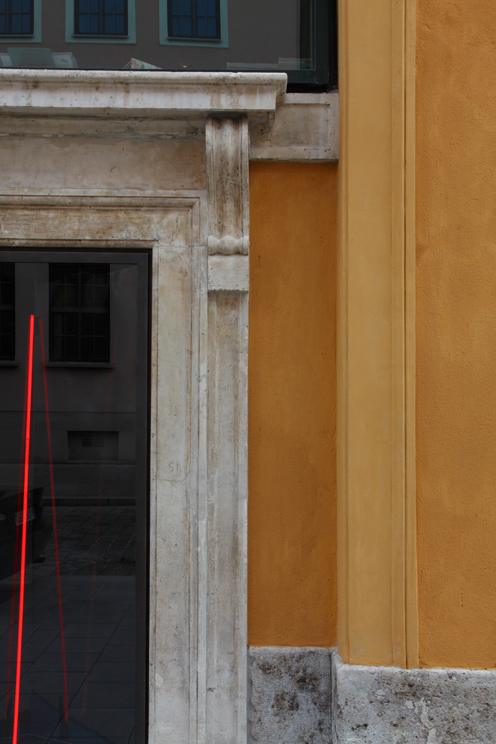 The interior is an elegant exercise in marrying the old with the new, in much the same way that Foster handled the alterations at the Royal Academy, or Aspreys on Bond Street. But rather than merely linking the two buildings, the new one almost appears to have swallowed the old one whole. 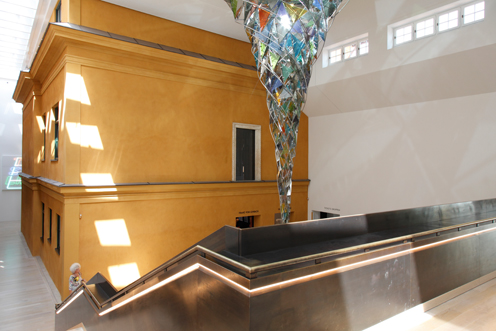 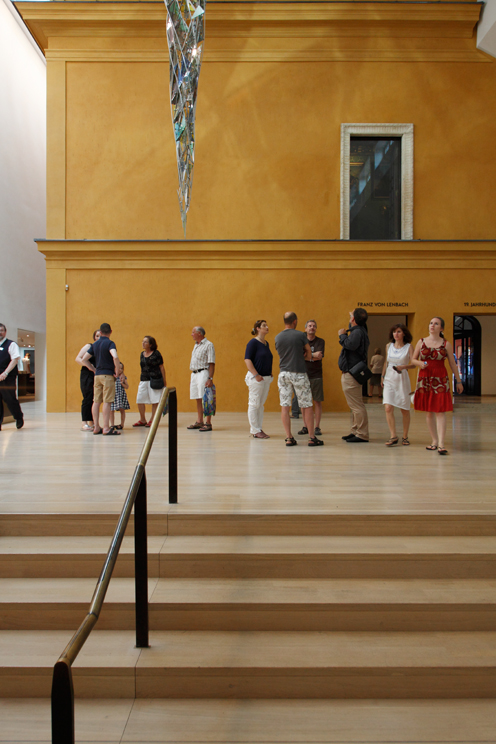 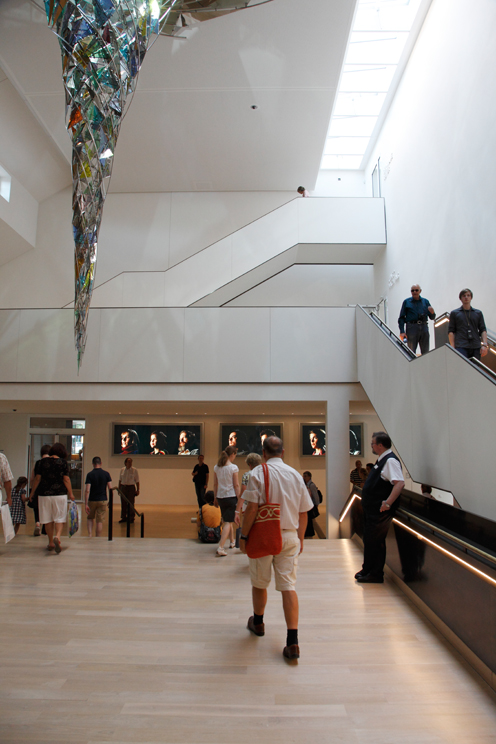 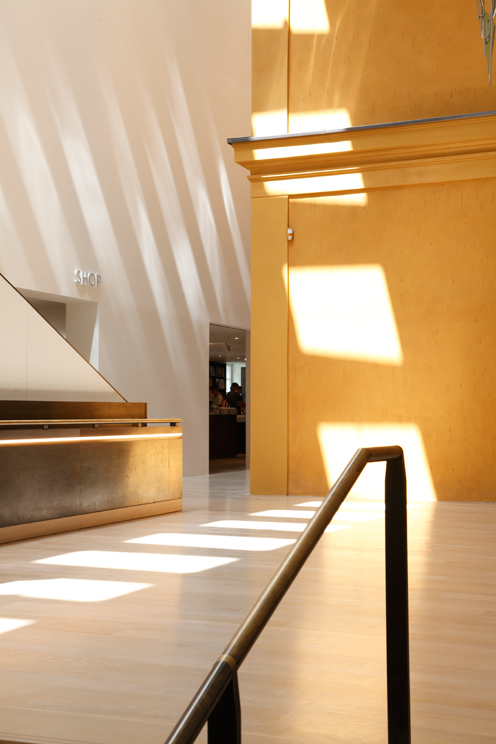 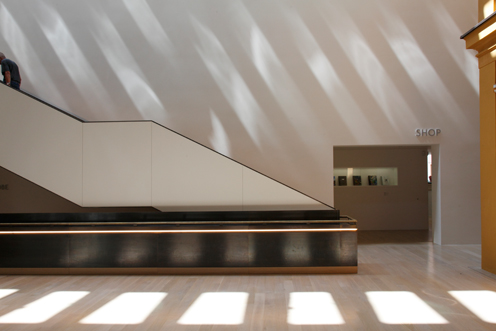 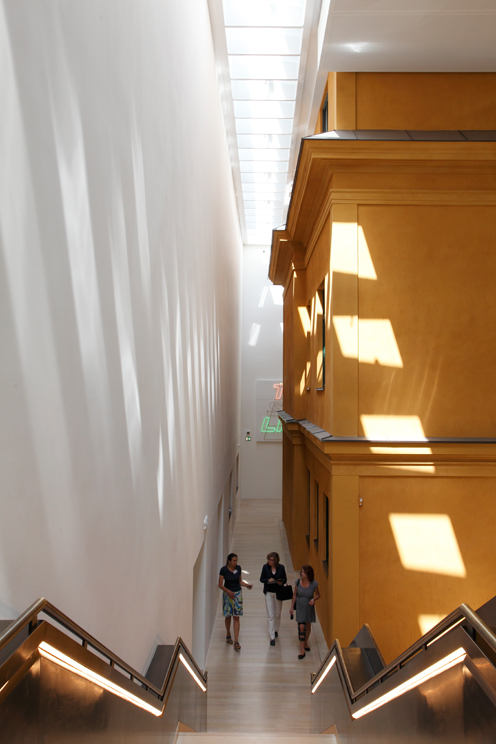 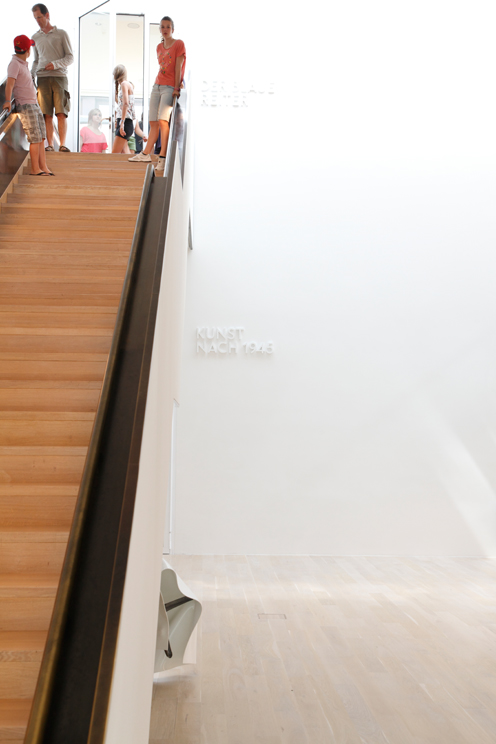 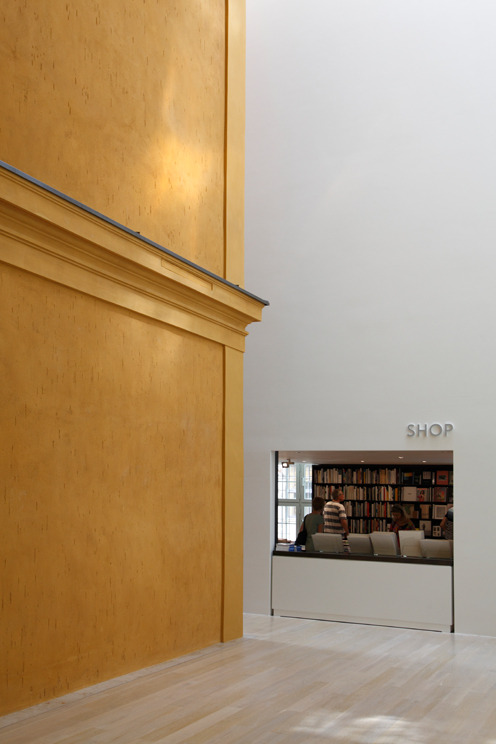 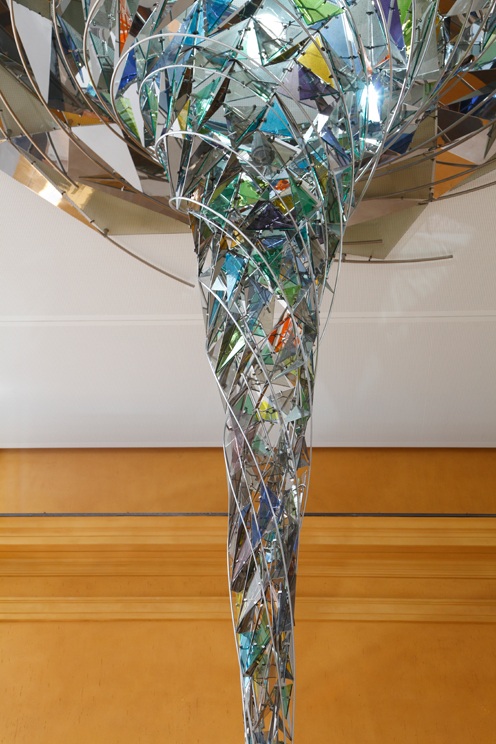 A wonderful centrepiece by Olafur Eliasson 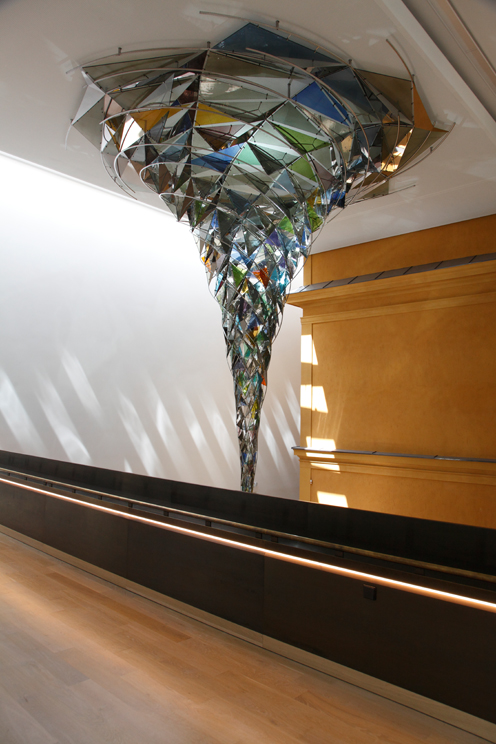 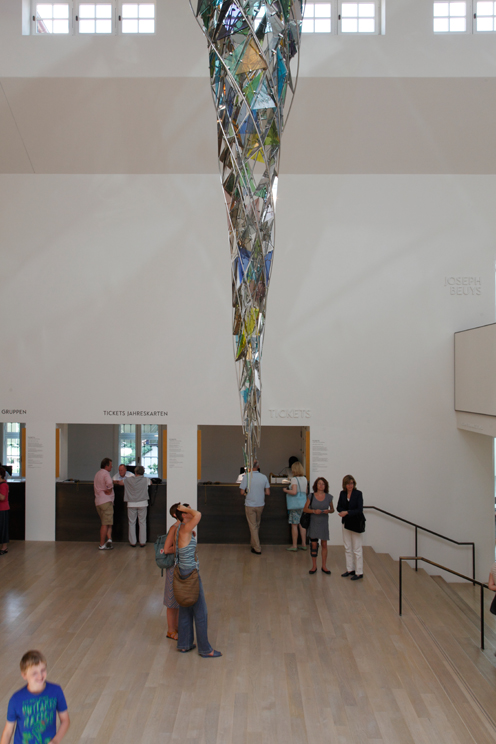 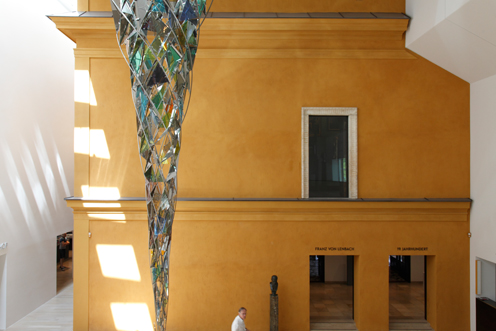 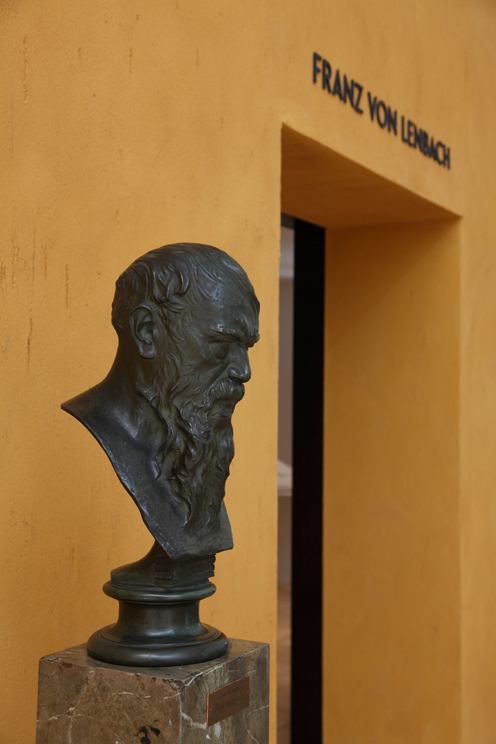