Off to a wedding today, and I think it might rain. I shouldn’t complain about the weather though, it’s been a marvellous summer for a change. Our annual holiday in Bavaria was no exception with back to back cloudless days and thirty degrees plus. One of the few blips was a day spent shopping in Munich. We’d had lunch outside in stifling muggy heat, and as the afternoon progressed, it became increasingly oppressive. When we arrived at Marienplatz in the centre of the city, we nipped into the inner courtyard of the city’s fabulous gothic Rathaus (city hall) for an iced coffee. The outdoor cafe was doing a roaring trade, but as we sat there, the sky gradually darkened until the overladen clouds spilled over in dramatic fashion. Suddenly waiters were running around clearing tables, and customers were huddling ever tighter under the umbrellas, and as it showed no sign of abating, the courtyard began to clear. 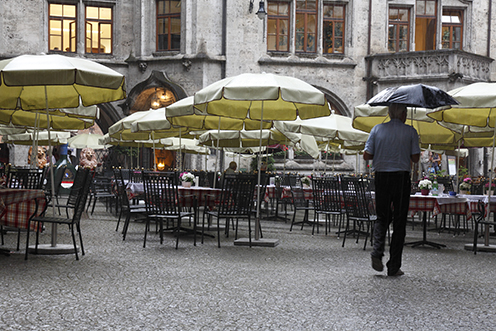 I took the opportunity to do a little local exploring, and started with the Ratskeller, a vast subterranean beer hall restaurant beneath the Rathaus. Highly decorated in typical German style, the interior conjours up images of Grimm fairytales. 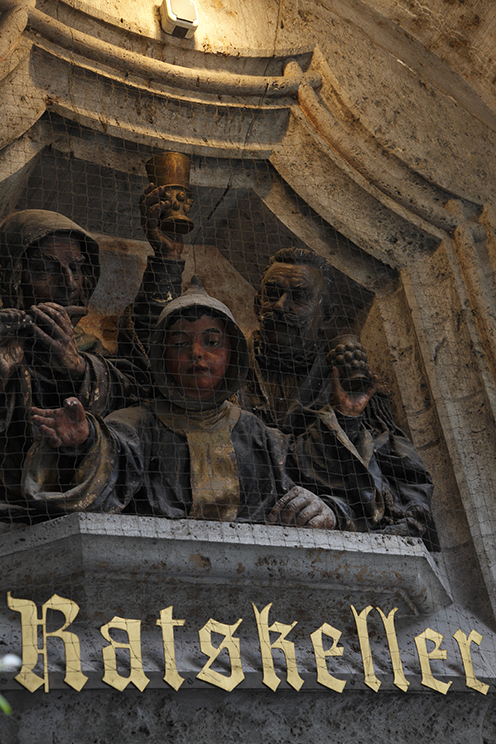 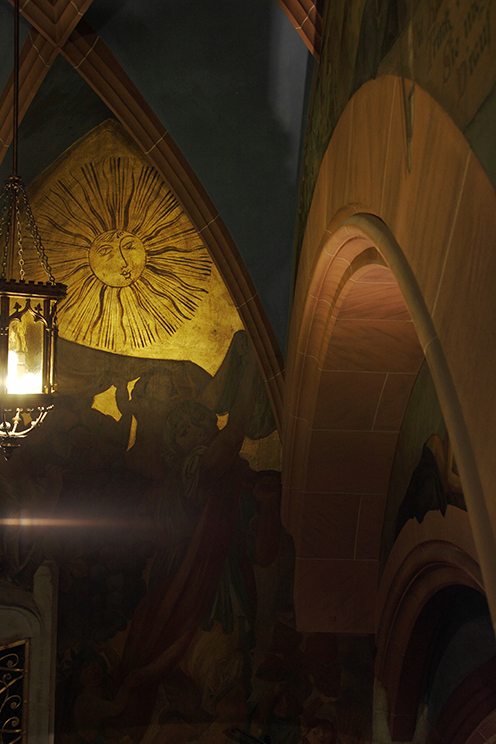 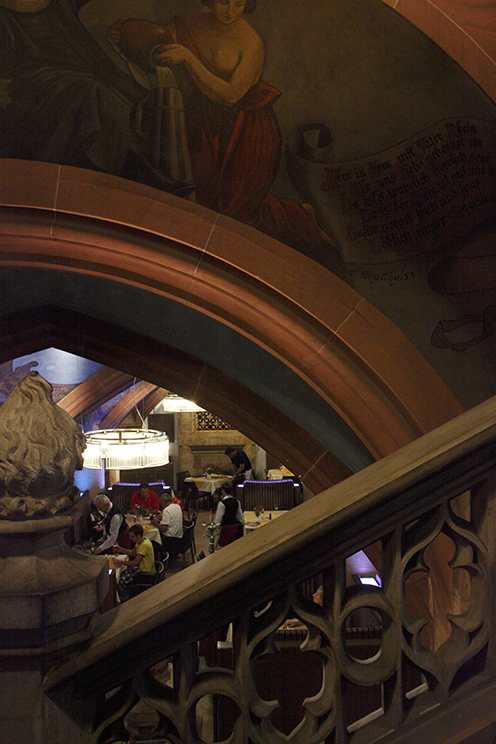 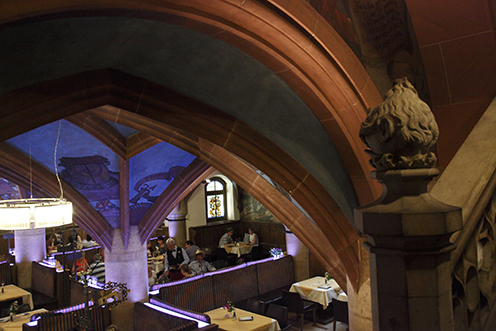 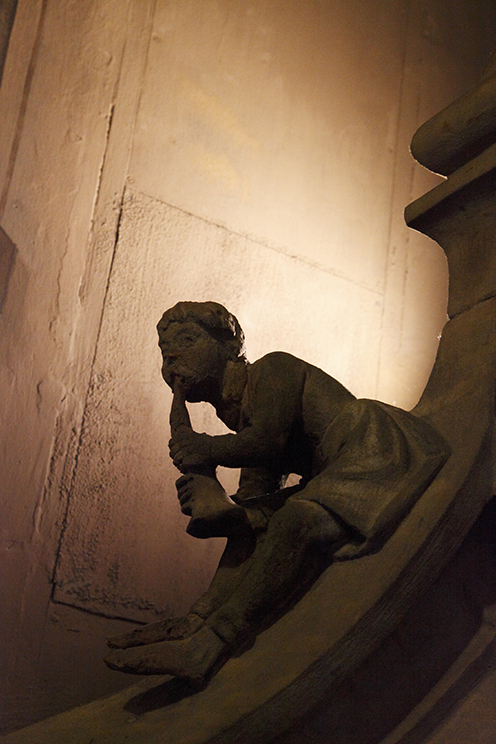 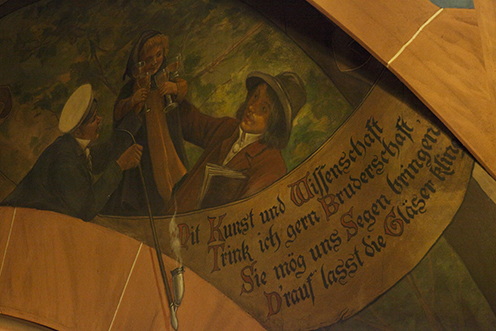 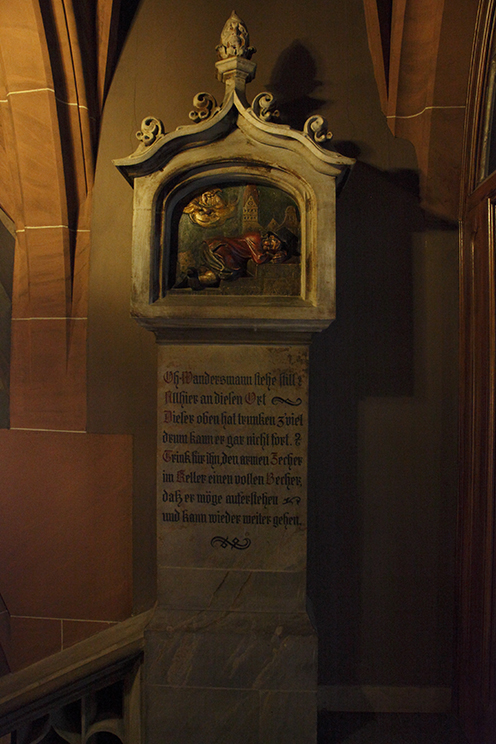 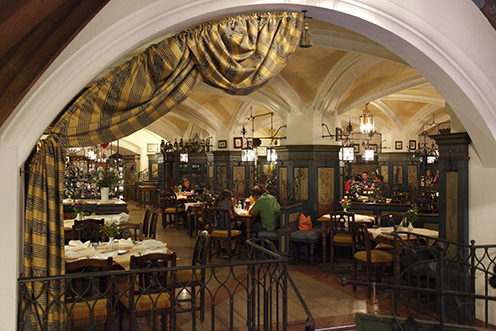 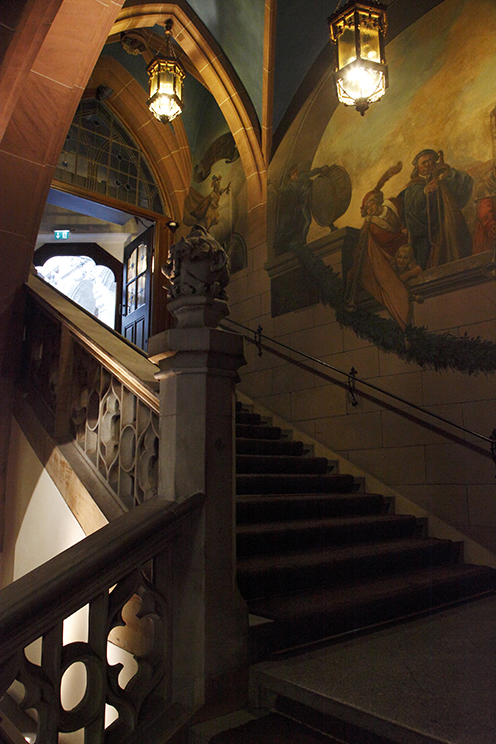 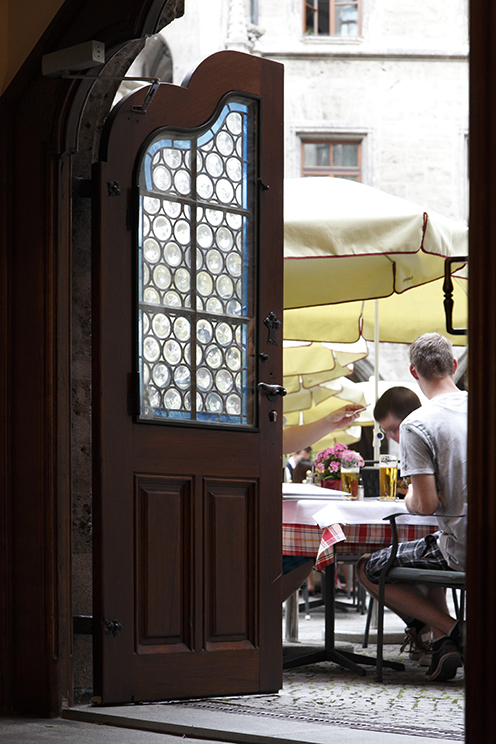 Back upstairs it was still torrential, so we cowered a while under the arched entrance to the courtyard. 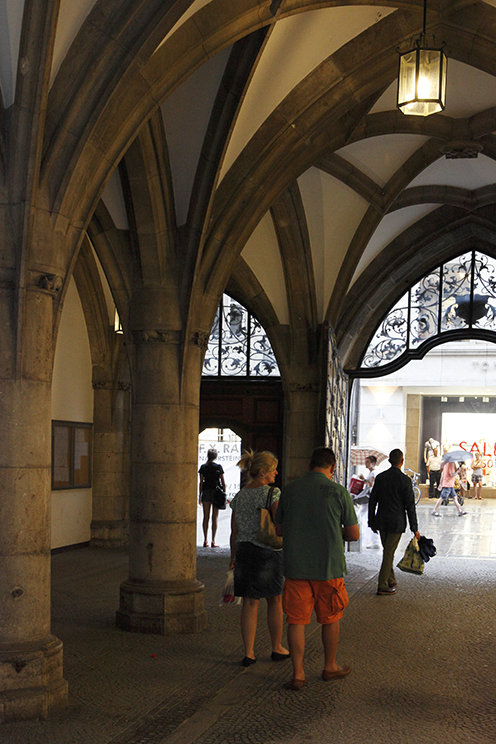 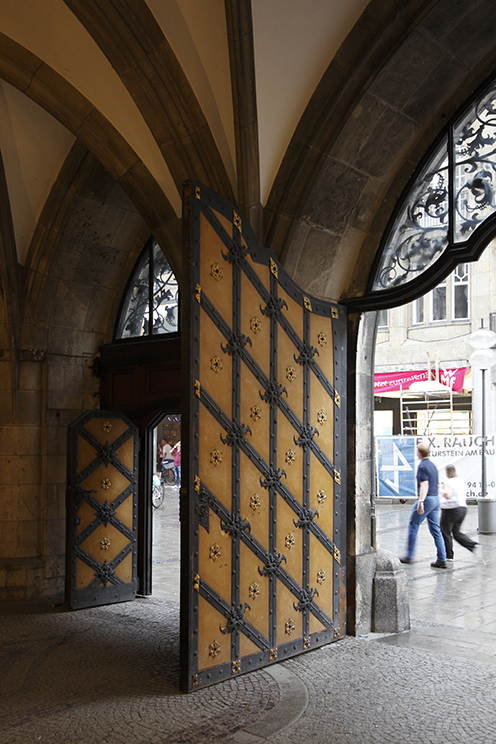 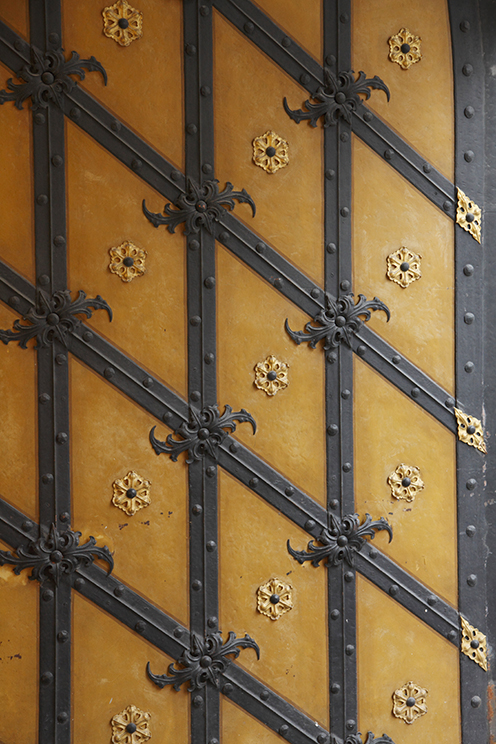 I then noticed a door to one of the stair turrets, which I assumed would be firmly locked, but as you guessed, wasn’t. So, my mind turning to Grimm tales again, up and up I went. 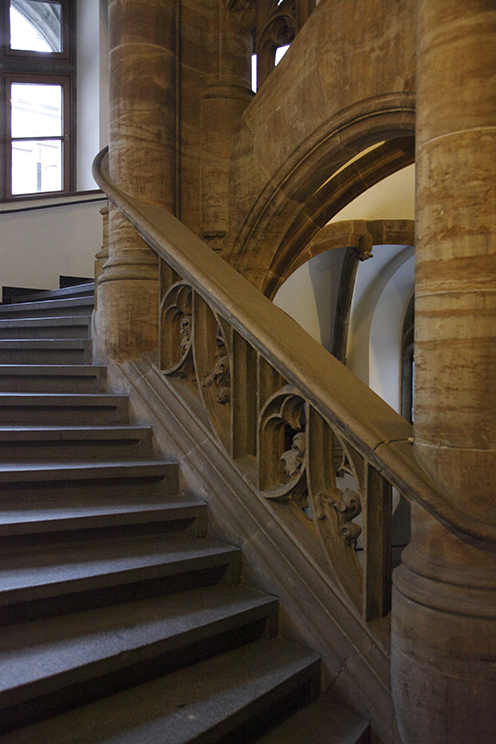 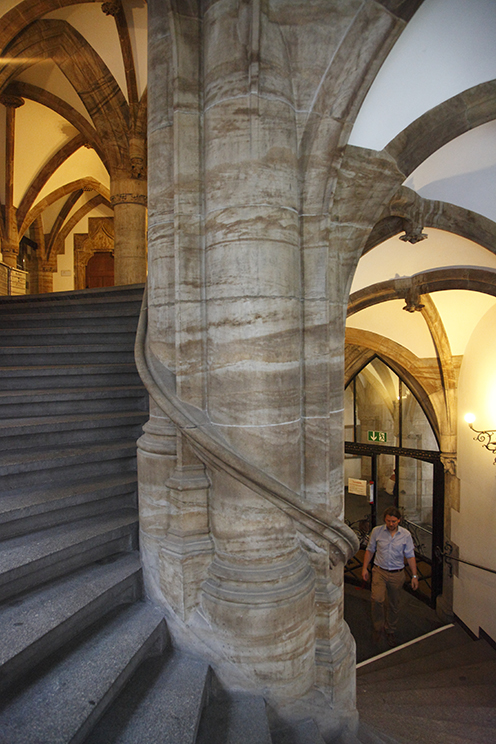 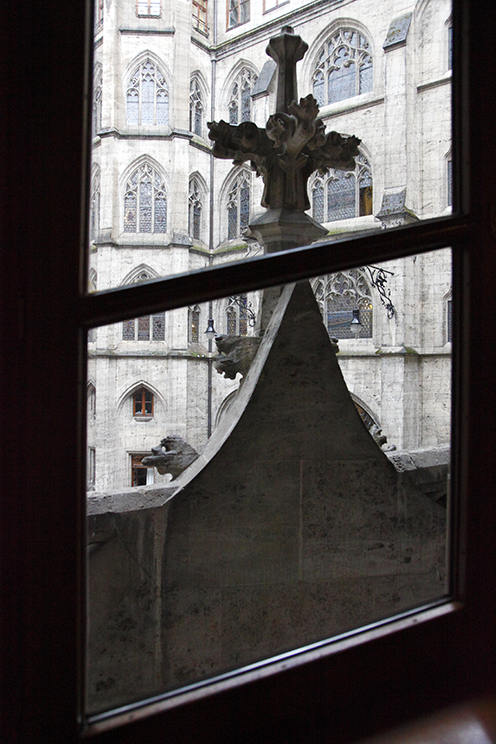 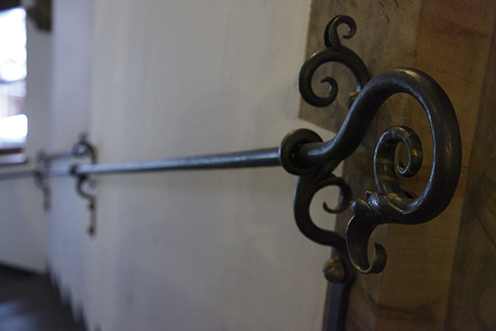 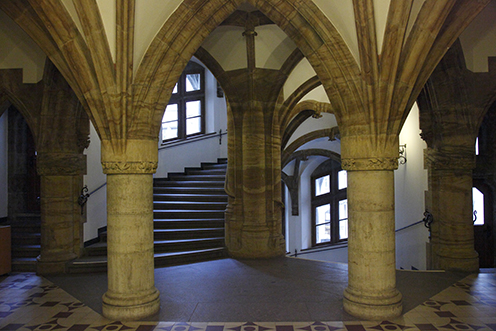 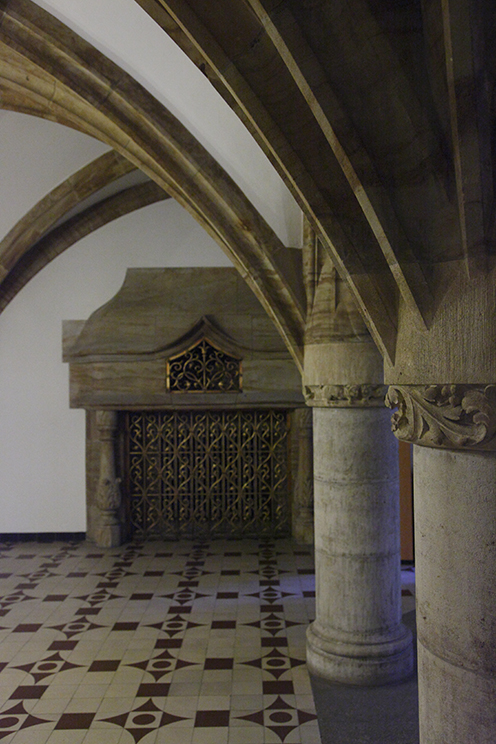 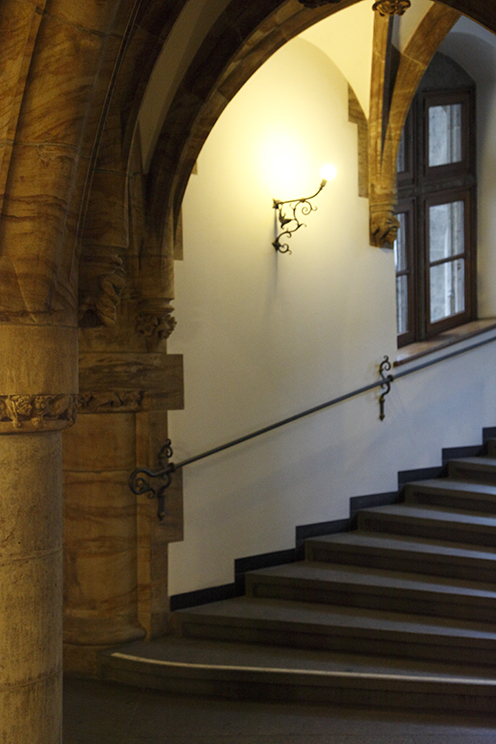 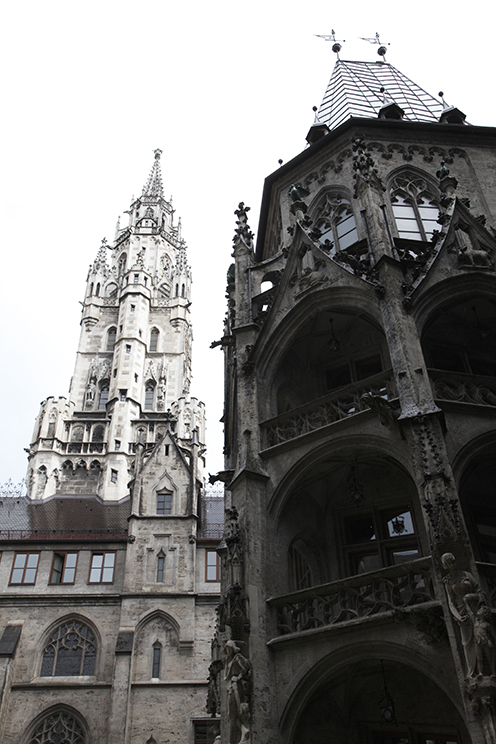