By my reckoning, London has 13 railway termini, surely many more than any other city. Many retain their Victorian character with soaring iron and glass vaulted train sheds, and several have  undergone major renewals in the last decade. St Pancras, for example has gone from being an underused and dreary station, which once had the threat of demolition hanging over it, to a buzzing international terminus, filled with shops, cafes, and public art. Meanwhile, Kings Cross has a stunning new concourse, and is about to get its own piazza, and London Bridge is on a long journey to bring it into the 21st century, re-using the acres of hidden brick vaults beneath its platforms.

Cannon street, situated halfway between St Paul’s Cathederal and the Bank of England, hasn’t fared as well as some of the others. While it still retains its Victorian side walls and turrets, the original train shed roof was lost in the blitz, to be replaced by a bland 80s office block, hovering over the tracks. And the bridge over the Thames which brings the trains into the station, looks like it was built by the army, clad as it is in camouflage green corrugated metal panels. I often imagine, that if you could only peel away its ugly skin, there might be some elegant Victorian ironwork beneath, but fear the original bridge probably met the same fate as the roof. However the concouse and front of the station have recently seen some improvements on the back of the redevelopment of the office block that sits above the station. While the station has benefitted, the current lacklustre state of the economy, means that the office development is still looking for tenants. My client, design agency, Mammal brought me in to provide images of the impressive reception and lobby areas, for the brochure they were putting together for the developers of Cannon Place. 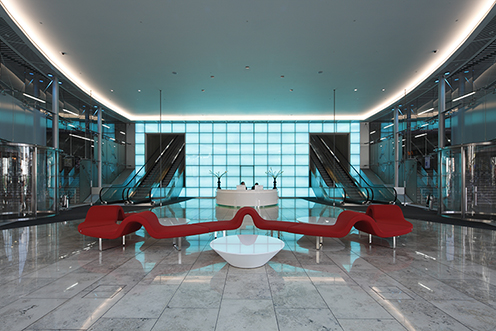 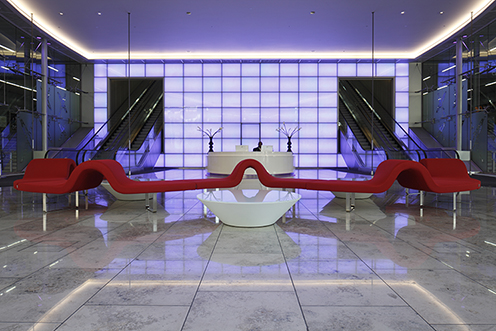 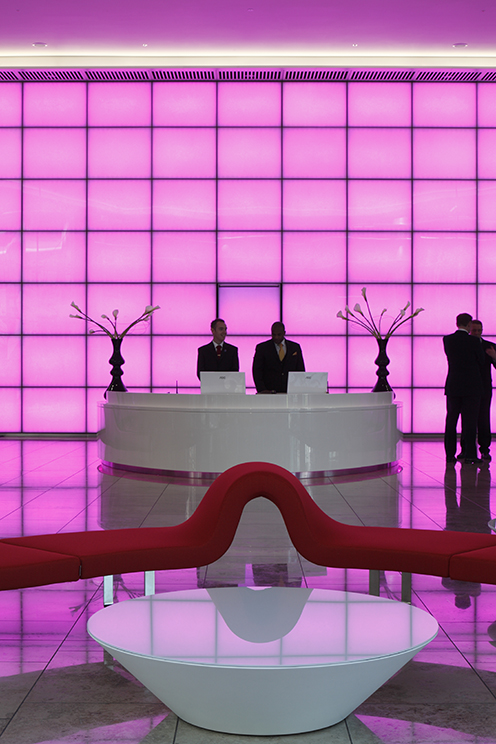 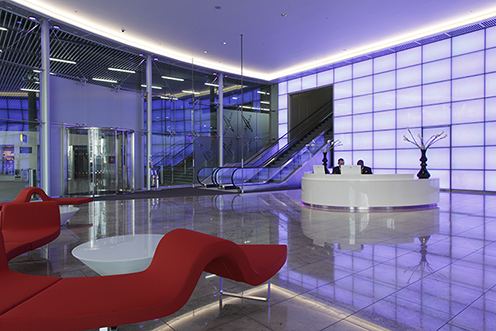 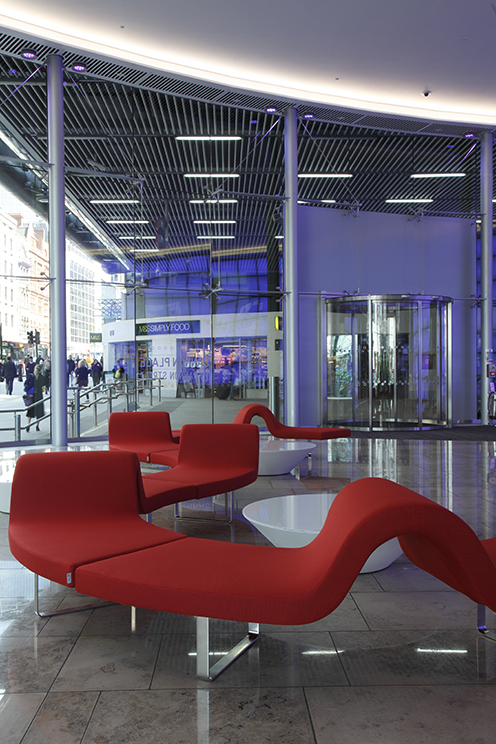 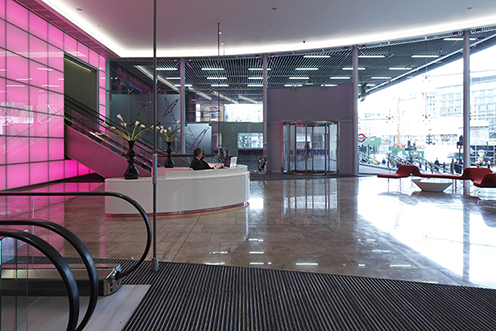 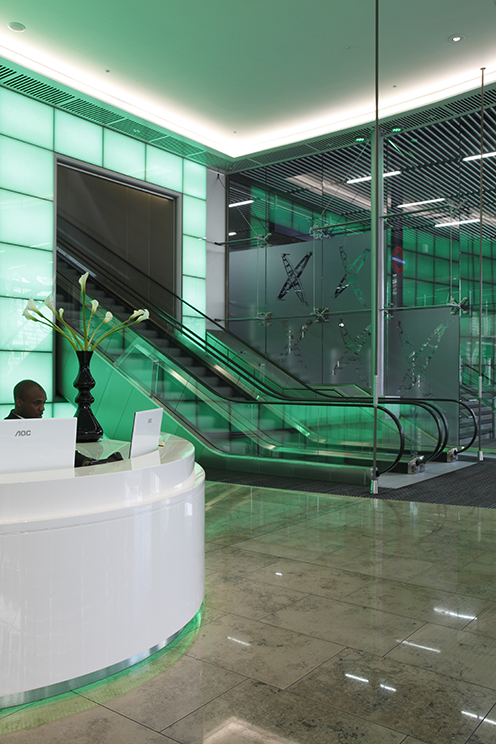 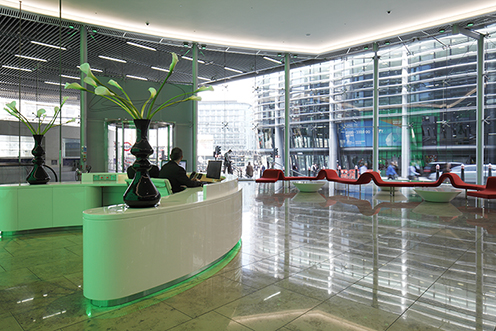 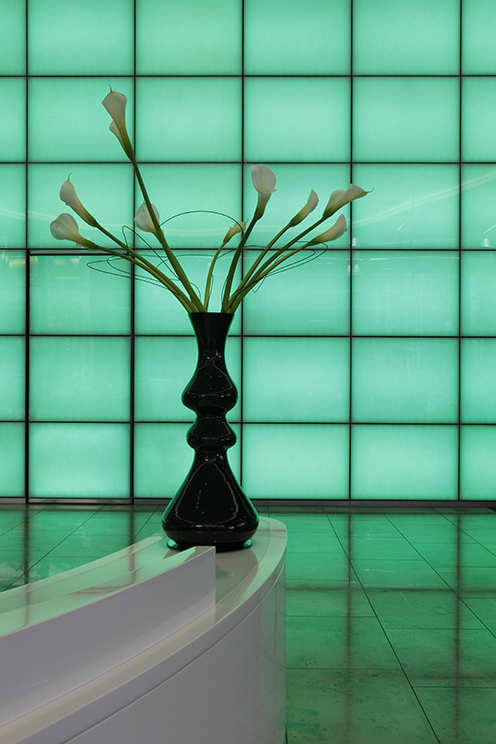 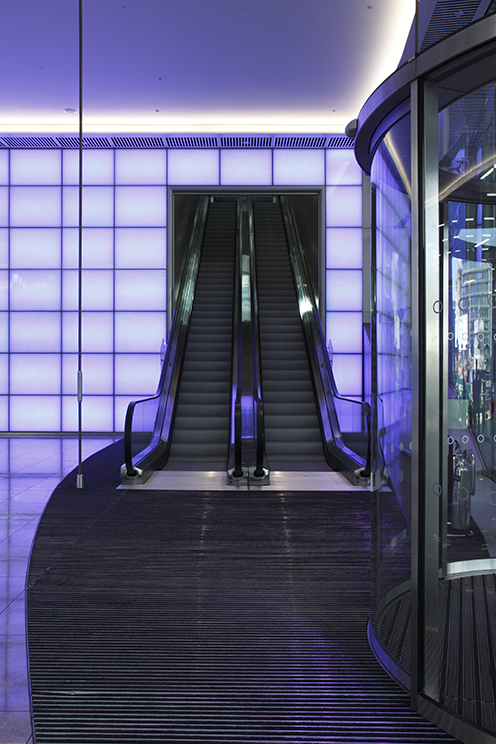 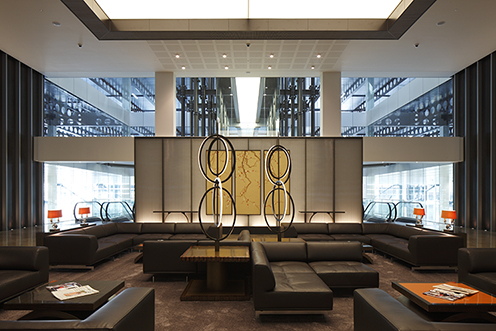 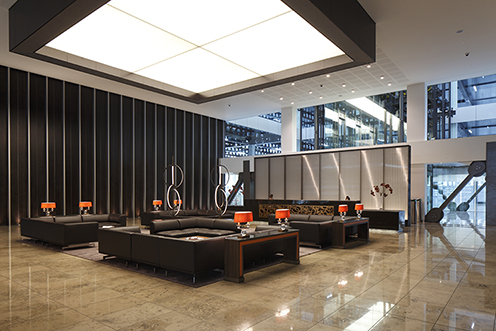 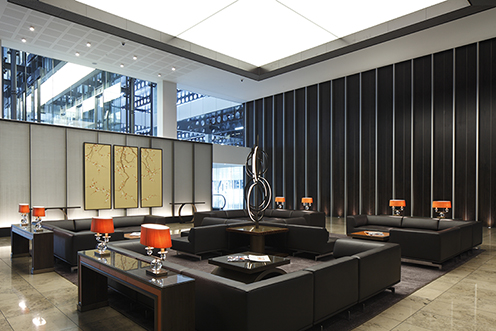 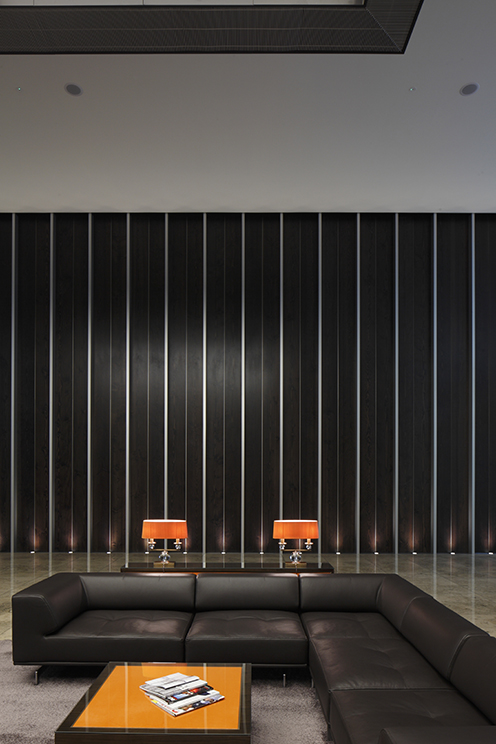 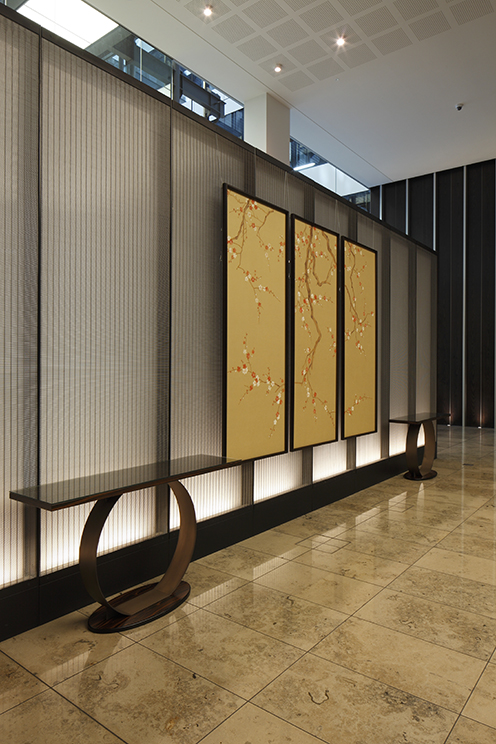 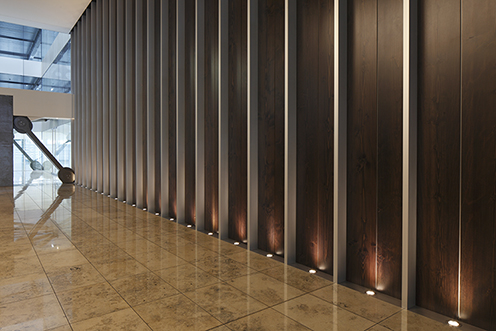 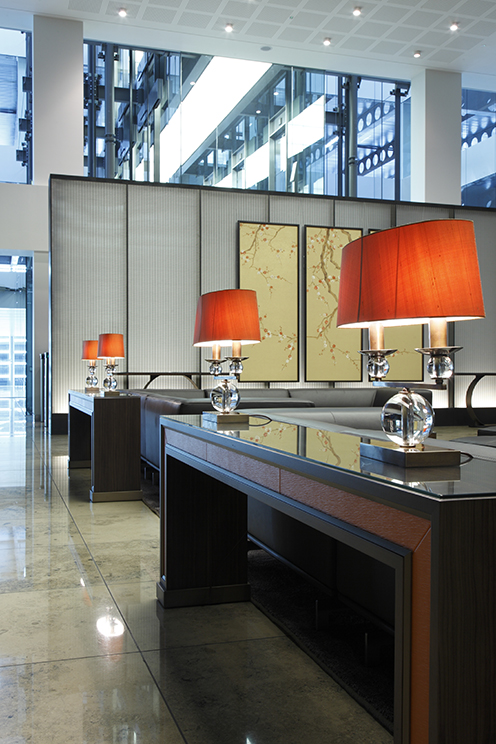 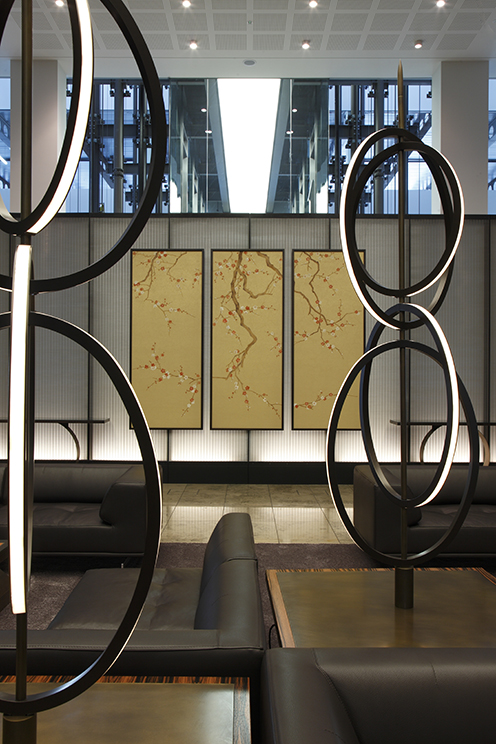 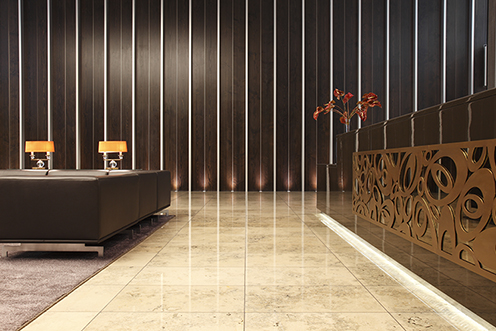 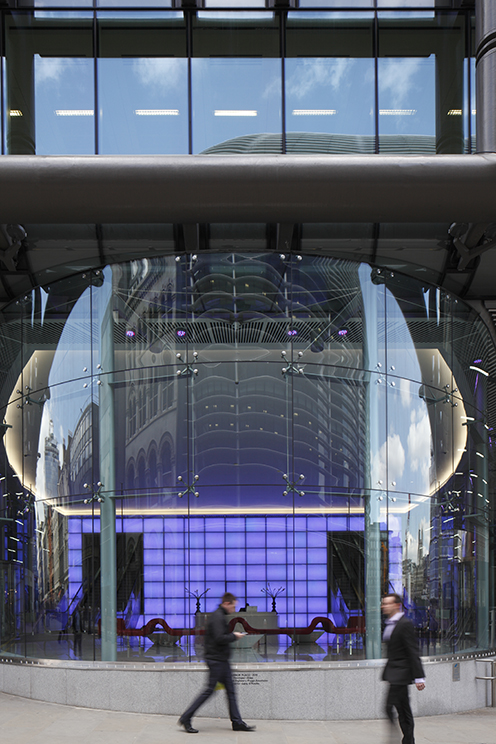 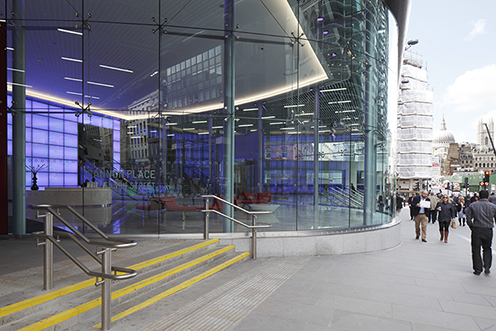 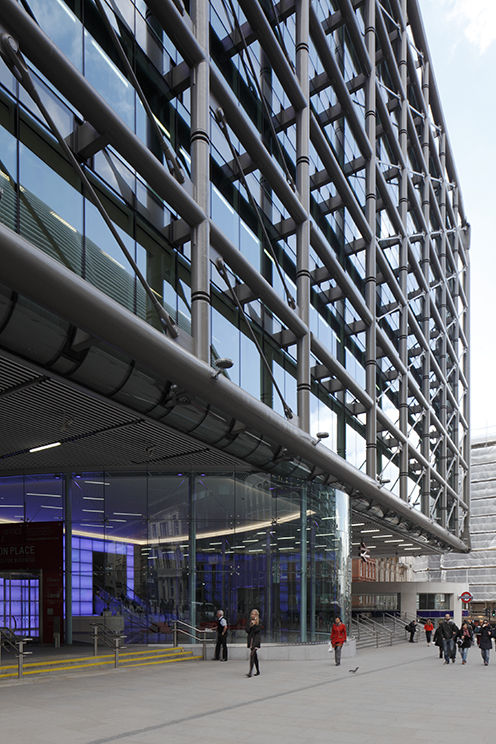 Quite coincidentally I photographed Jerry Hines’ London home a few years. His hallway is the first picture on this old post I did on hallways some time ago.