Vienna in the 1920s was a cultural hothouse. Since the turn of the century, the creativity emerging from the city’s artists and designers had heralded a new age, and the seeds of modernism were being sown. At the vanguard of this renaissance was the Vienna Secession, a group of artists and architects who rejected the staid established styles of the day. The movement’s architectural manifesto, the Secession Building, by Joseph Maria Olbrich, stands to this day as a permanent exhibition hall in central Vienna; its perforated gold dome, being one of the city’s most famous sites. Out of this movement, a company emerged called the Wiener Werksätte (Vienna Workshops), producing a huge range of goods and applied arts, from metalwork, glass and ceramics, to textiles, furniture, and fashion. Against this background, in 1927, an haute couture tailor named Klaudia Mayer set up a small salon, Atelier Mayer, making bespoke eveningwear for the high-society of Austria & Switzerland.

Eighty or so years later, her granddaughter, Carmen Haid, has revived the name and ethos for her elegant London showroom selling exquisite 20th century vintage couture. And now that we are in the 21st century, there is of course an online presence at Atelier-Mayer.Com. 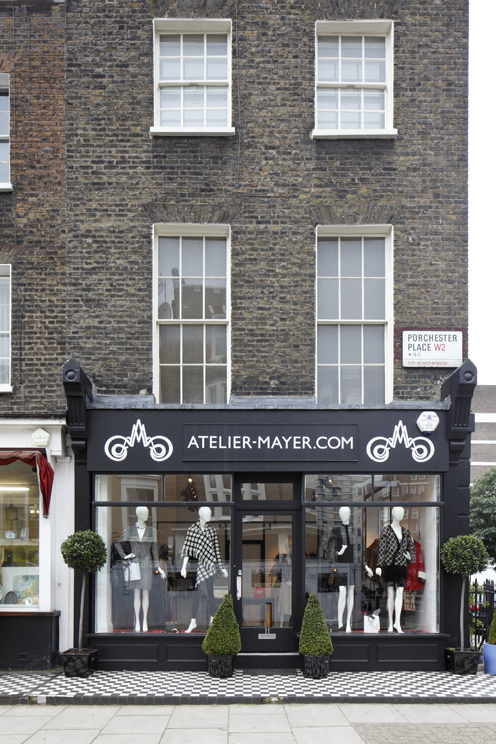 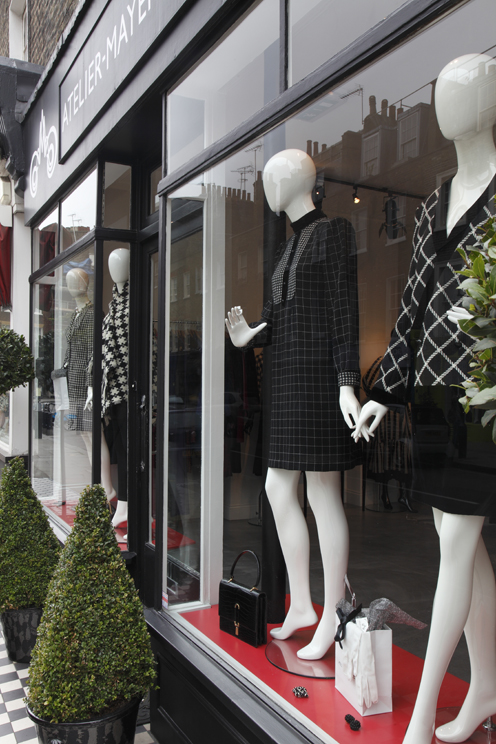 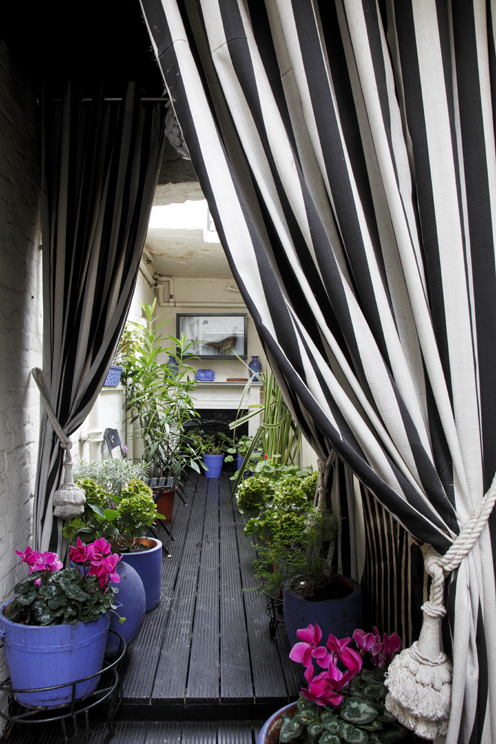 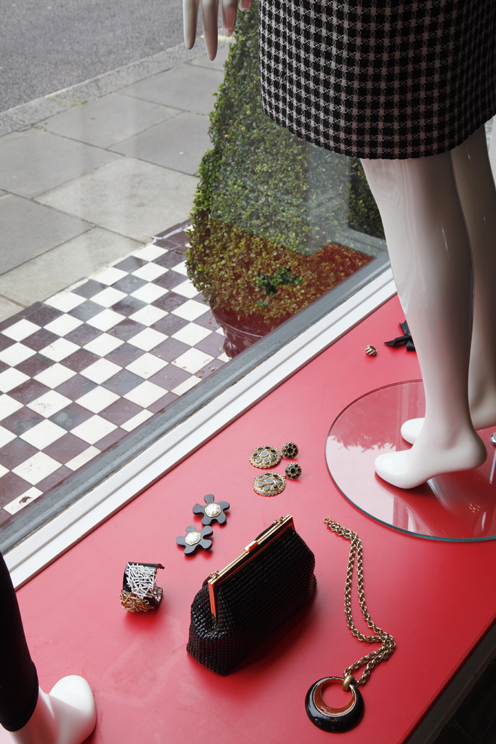 In addition to the main showroom at street level, around the side, steps lead down to an unexpected lightwell garden, and a further showroom and fitting room. 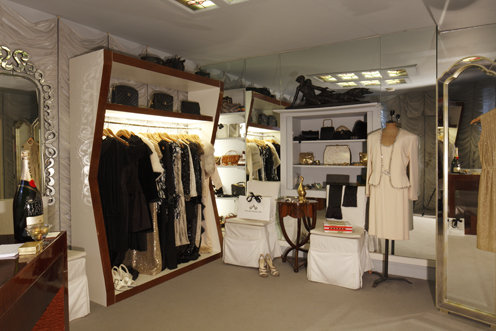 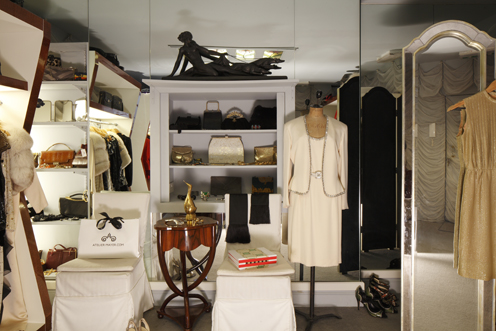 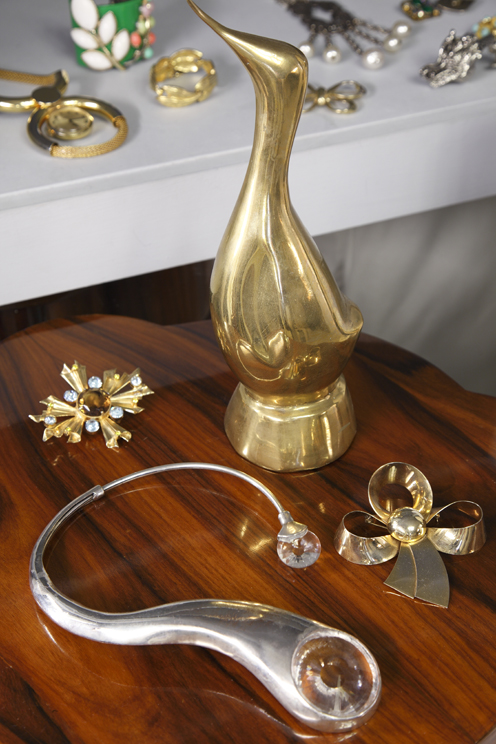 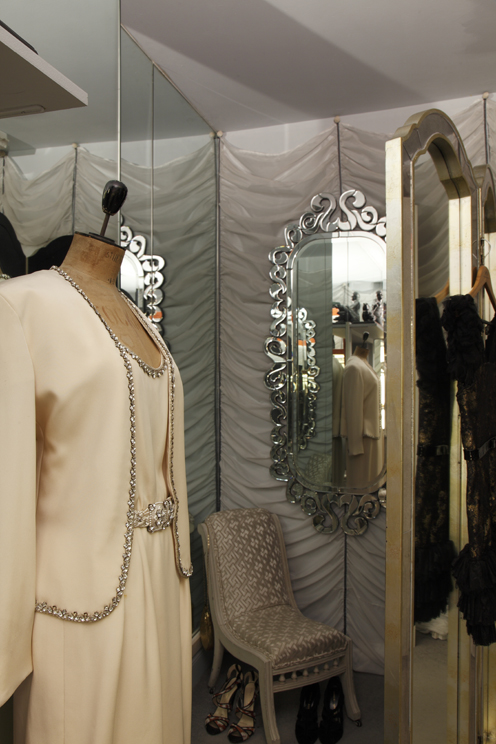 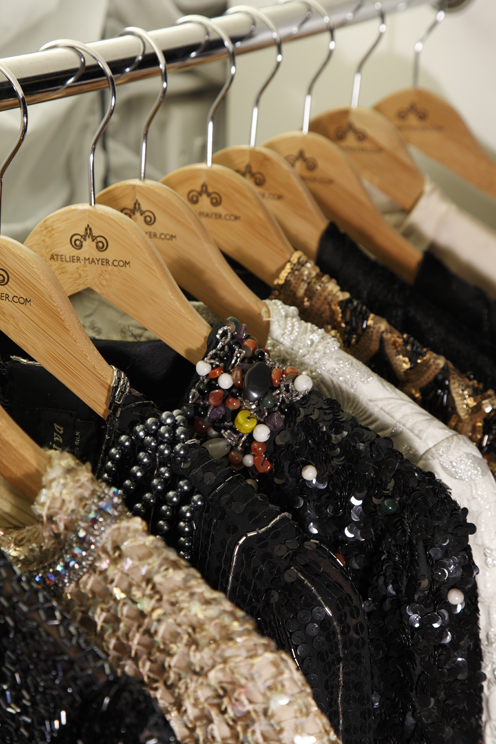 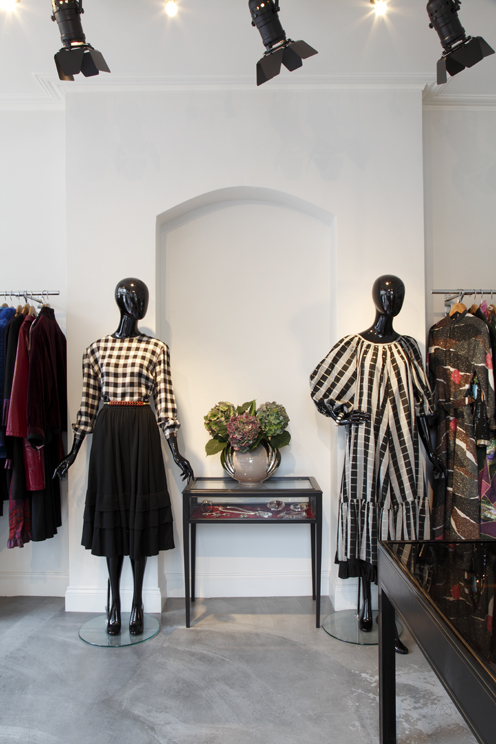 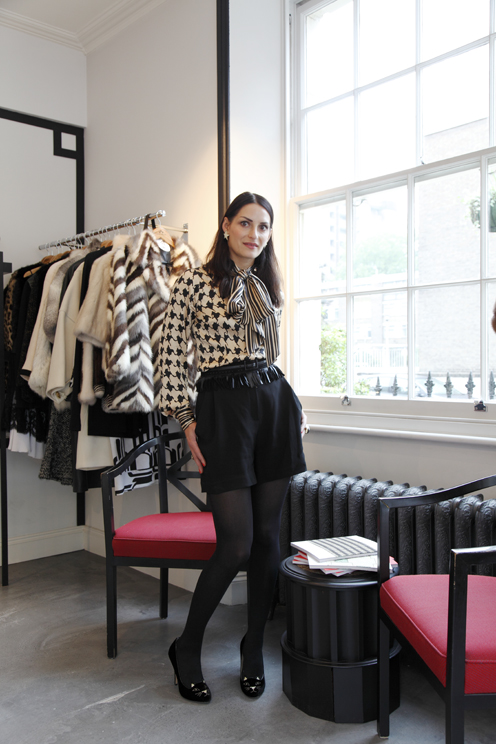 Carmen Haid
If your German’s any good, you might like to read more about Carmen and Atelier Mayer in the article I shot these pics for. You’ll also find shots of her West London home.