Slicing diagonally through Manhattan, Broadway is known the world over, for its bright lights, theatres, Times Square, and ticker tape parades. And like all Manhattan streets, it just seems to go on forever. But what of London’s Broadway? If you knew about it at all, you might be hard pressed to place it on a map. Considerably shorter than its American namesake, it runs through the heart of Westminster between Victoria Street and St James’s Park. It actually appears to be two linked streets, meeting at the impressive landmark building at No.55, that is the headquarters of London Underground, designed by architect, Charles Holden in the 1920s. Rather than bright lights and fun, this Broadway is in the centre of political and administrative London, dominated by government offices and New Scotland Yard. However the street just got a whole lot more interesting with the opening of a glamorous new Hotel Intercontinental, with interiors by renowned hotel designers, RPW. 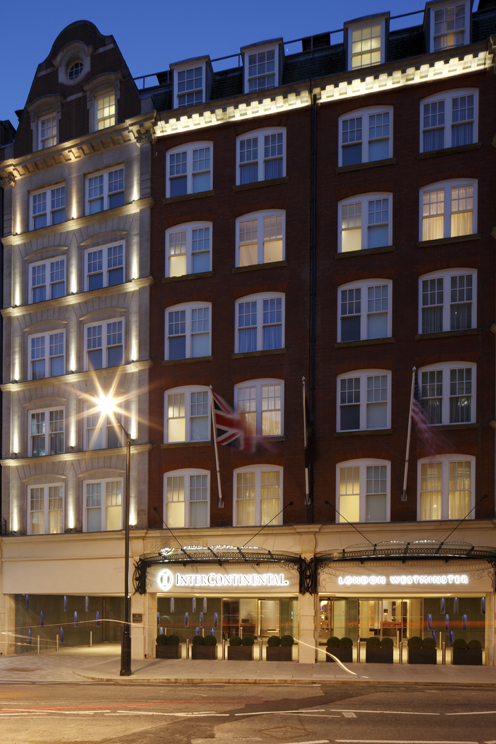 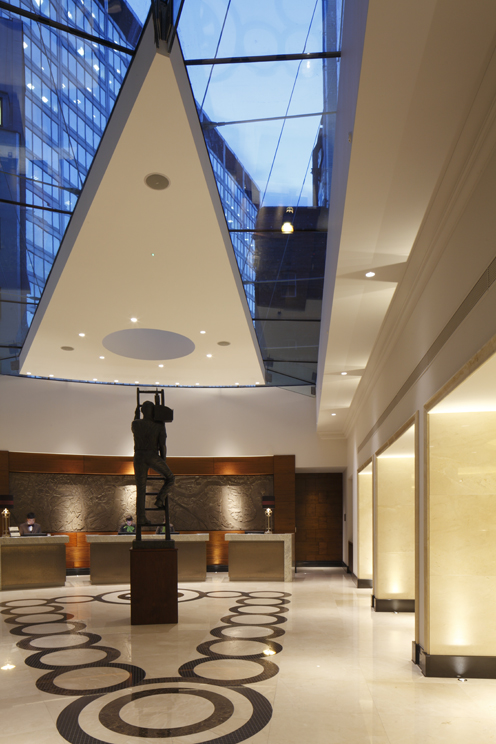 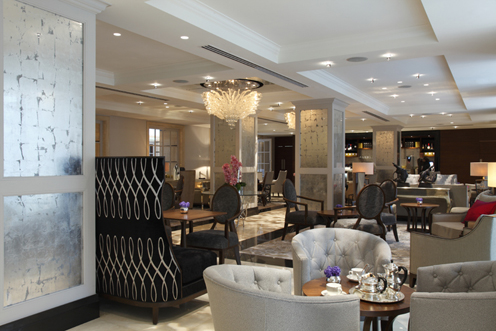 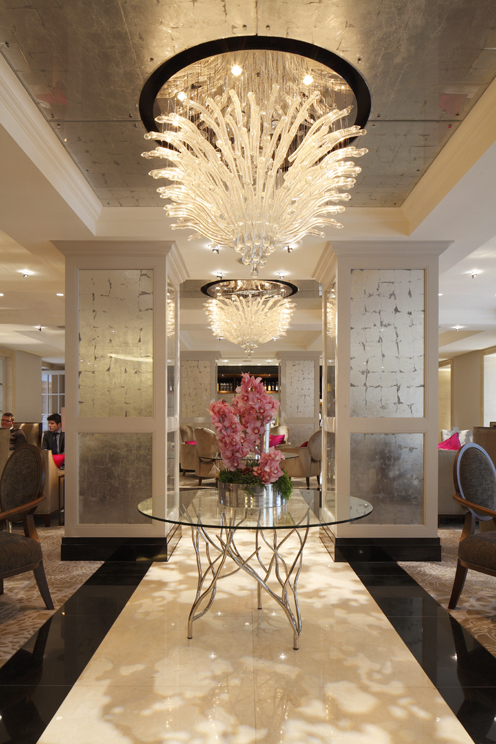 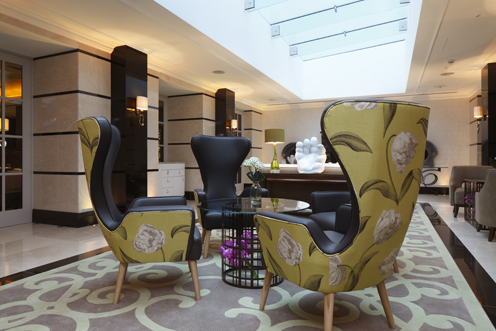 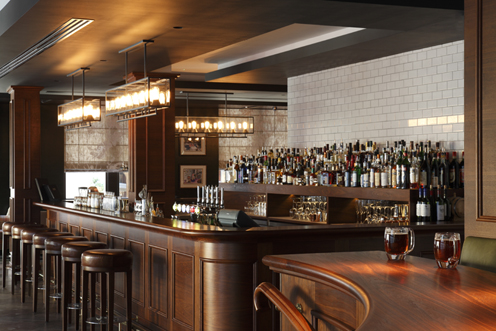 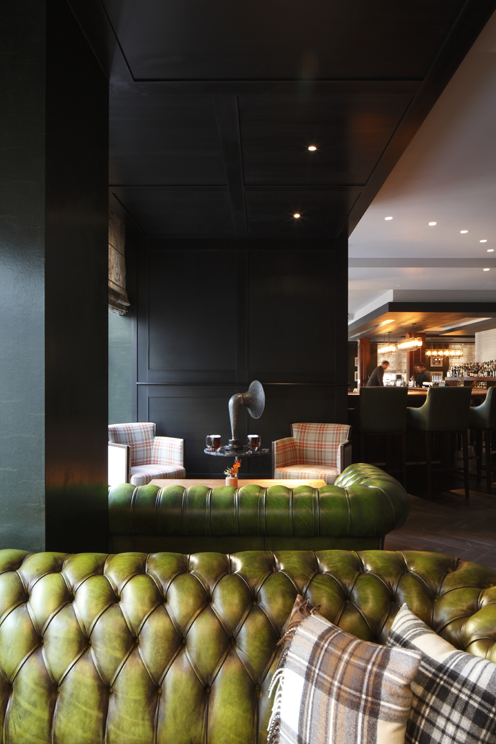 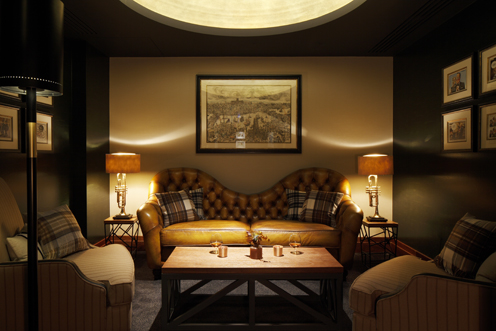 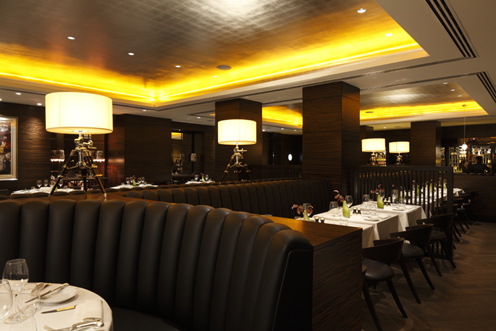 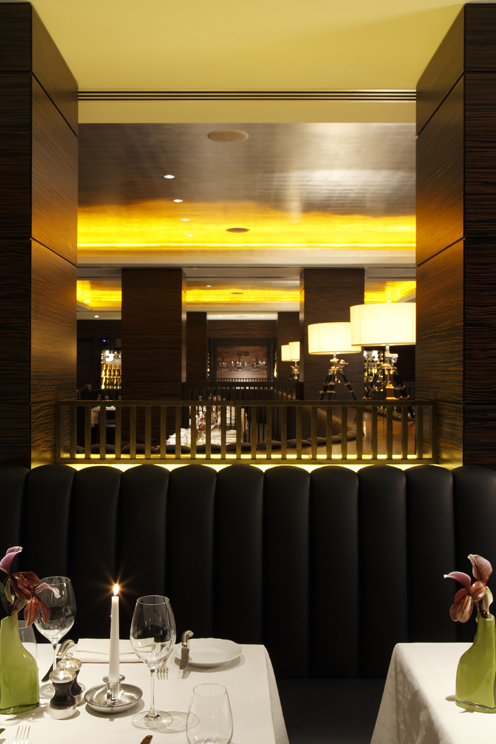 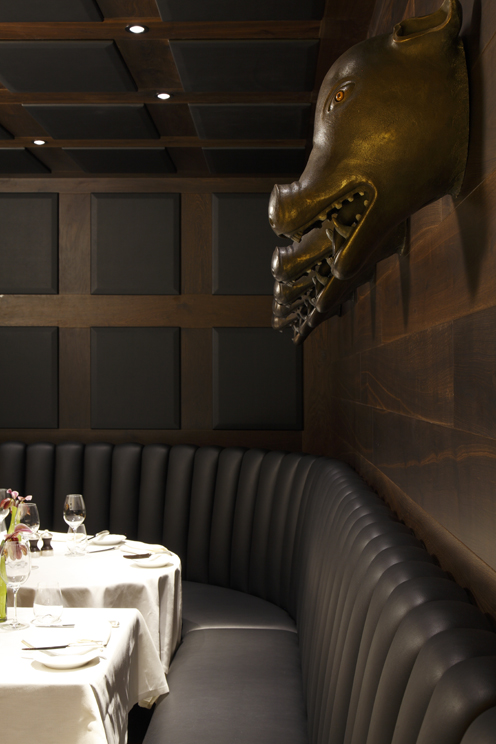 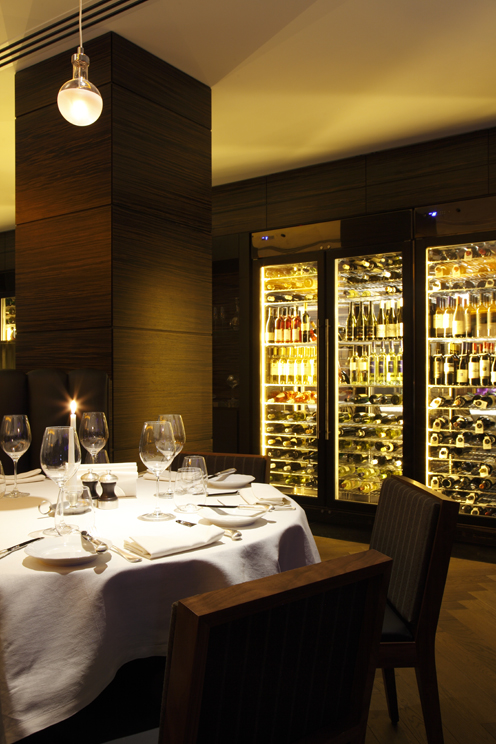 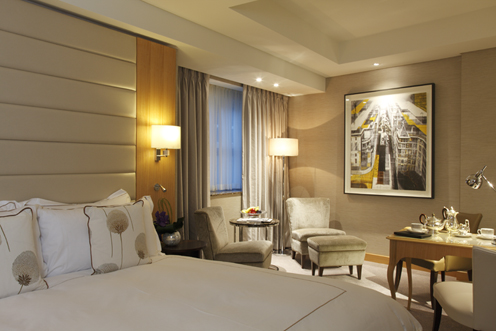 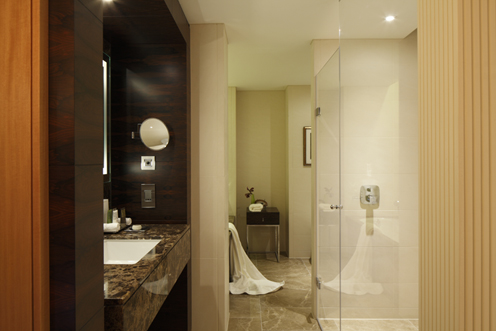 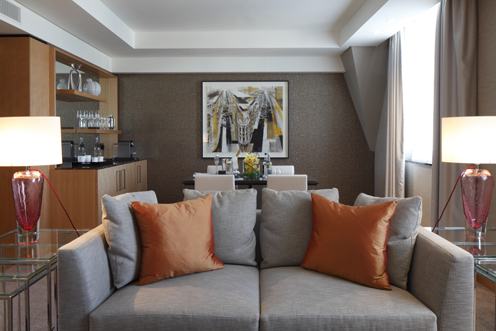 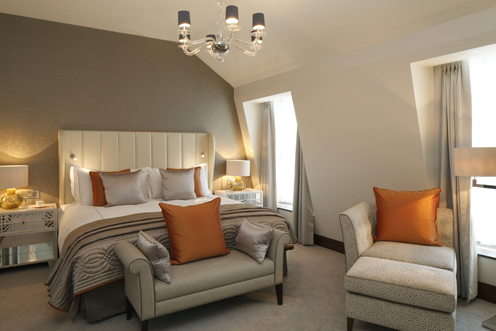 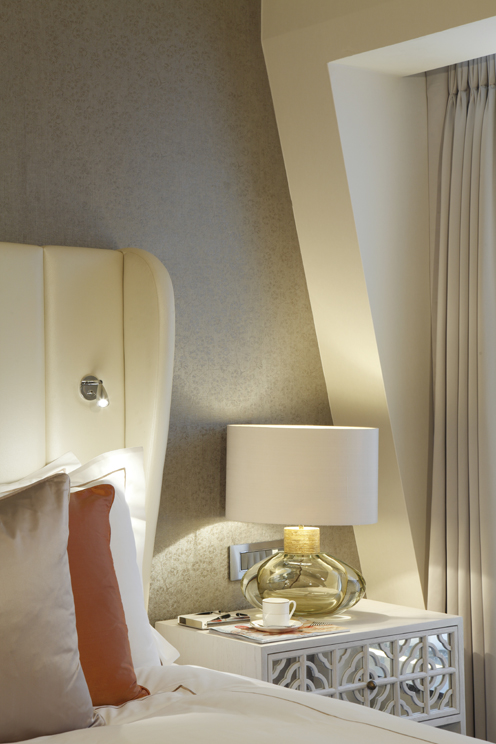 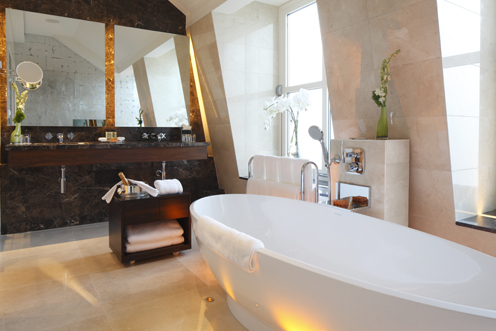 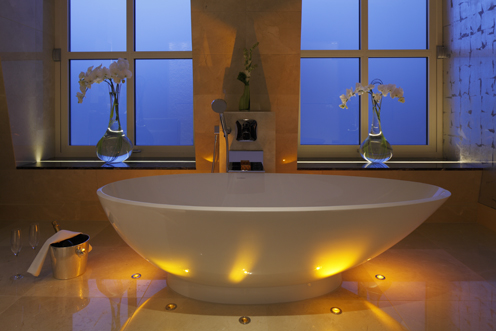 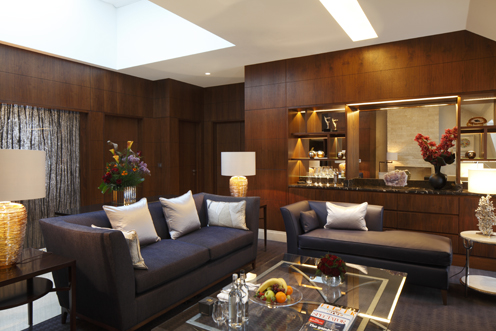 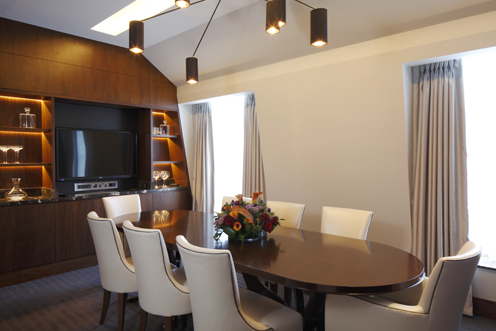 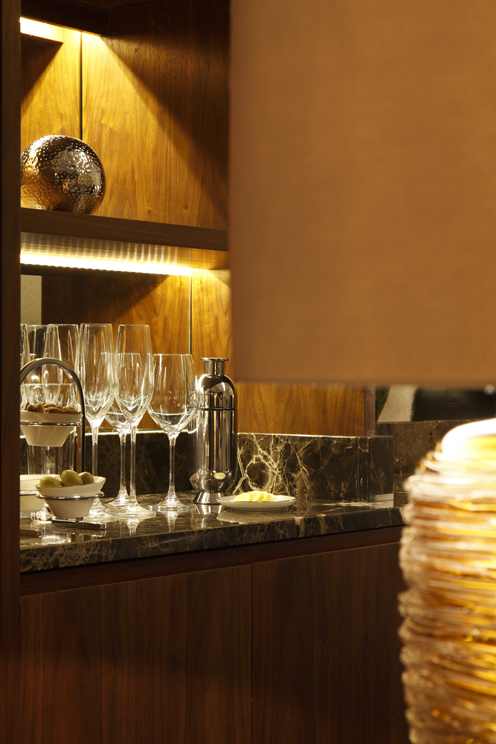 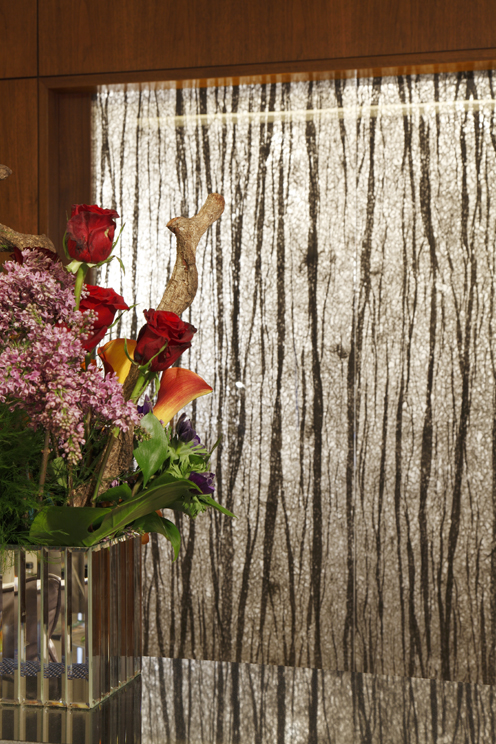 With a nod to the hotel’s location, there is a political theme running throughout, from the names of the conference rooms: Whitehall, Chequers & Chevening, to Emmeline’s Bar, named of course after Mrs Pankhurst, and from the bronze sculpture in the lobby to the wonderful cartoons, by the likes of Gerald Scarfe and others, lining the walls of the Blue Boar Bar. Perhaps the item that most captures the imagination however, is the fantastical “Parliament”, a sculpture by Evil Robot Designs made from plastic figures of well known film and comic characters in a House of Commons like setting. 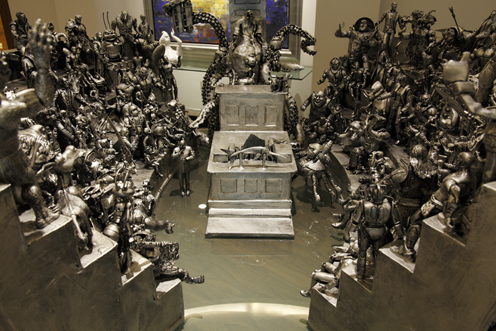