Hardwick Hall’s famous epithet comes as no surprise on first catching sight of the house, perched high on its hilltop. Standing before it, within the ornate garden walls, its grandeur took my breath away. As an avid visitor of country houses, and a National Trust member, you run the risk of stately home fatigue, so if that is the case, I strongly recommend you visit this staggering building. 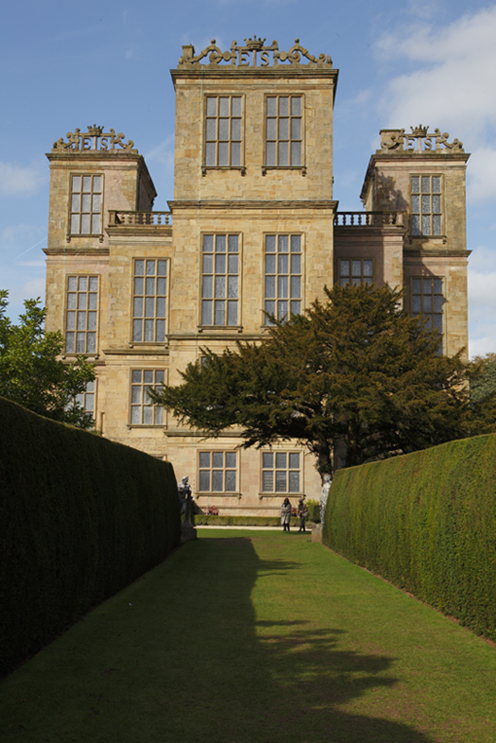 The scale and ambition of the building is both immense and surprising. In its day, this aristocratic home would have surpassed most royal palaces. The building’s vast windows which have become its signature feature, were not only structurally dazzling, but also a statement of its owner’s wealth. Unusually the windows increase in size as you go up the building, with the largest on the second floor. By contrast the entrance appears almost insignificant, the low doors somewhat hidden behind a simple classical colonnade. Such a renaissance feature was presumably amongst the first to be built in this country. 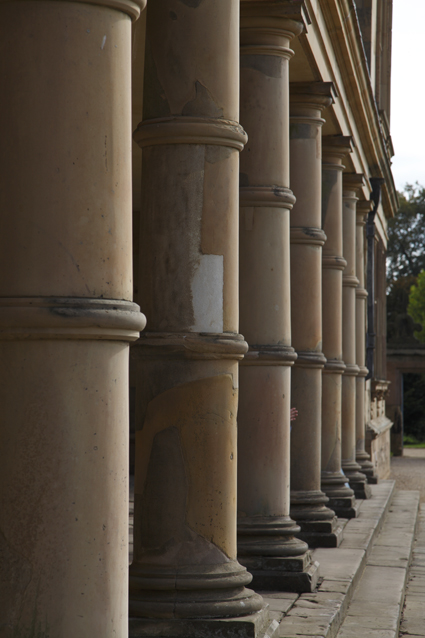 Hardwick Hall was built in the 1590s by Elizabeth, Countess of Shrewsbury, whose monogram appears in decorative stone at the top of each of the six soaring towers. Known as Bess of Hardwick, she was a formidable woman, married four times, and who was reputed to be the second richest woman in the country after her namesake, the Queen.

Within, Hardwick has many more glories to reveal, including one of the finest collections of tapestries anywhere in the country. There’s something of medieval mystery and intrigue about the place, with tapestries pulled back to reveal secret doors, and glimpses of rooms beyond. Hamlet immediately springs to mind. As the exterior suggests, the most impressive and important rooms are on the second floor, where in addition to the tapestries, are flamboyant plaster friezes depicting hunting scenes, including elephants and other exotic beasts. In these rooms, canopied thrones leave you in no doubt about the status of the Countess. At the same time the coarse matting floors, which feel oddly appropriate, remind you that, along with the building’s exterior profile, this house is only a few steps on from the castles of earlier centuries. 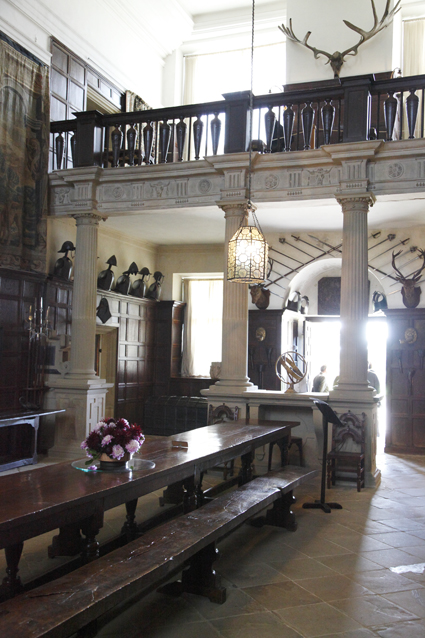 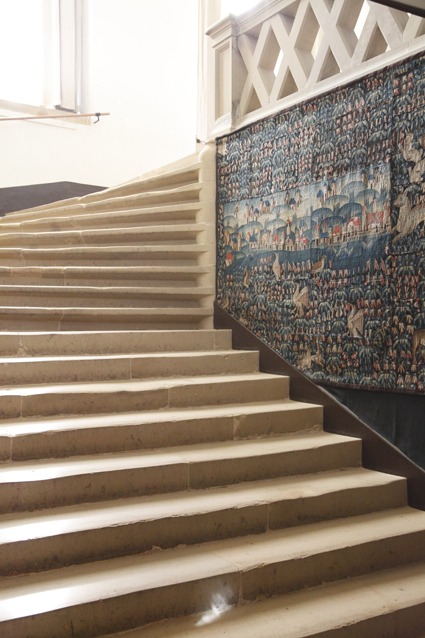 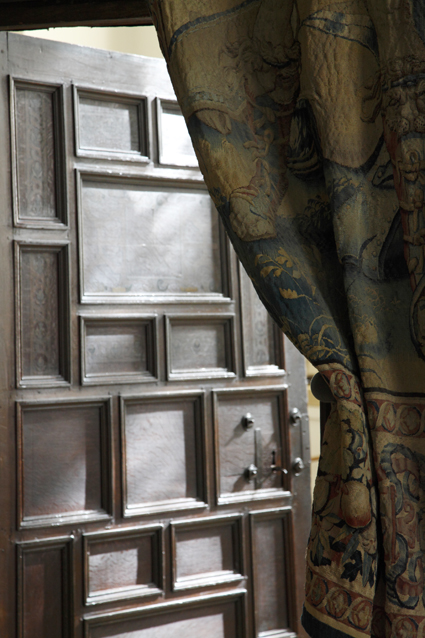 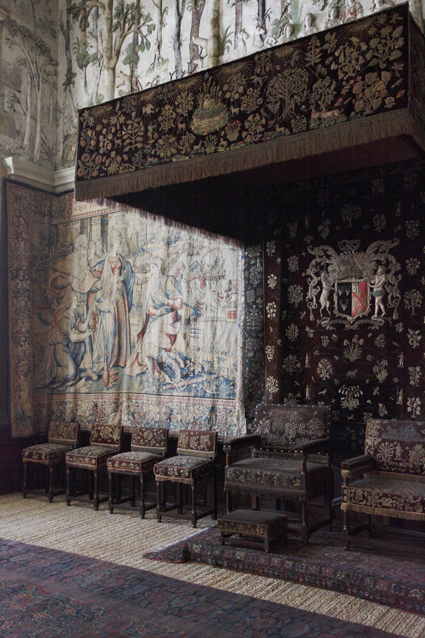 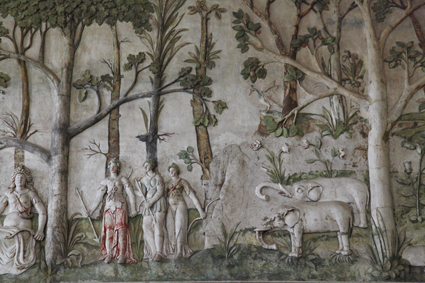 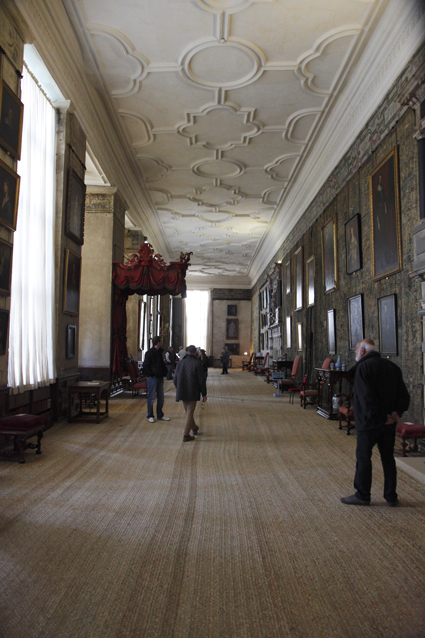 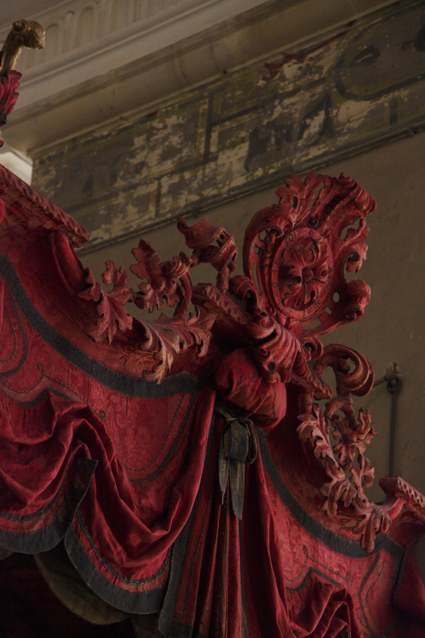 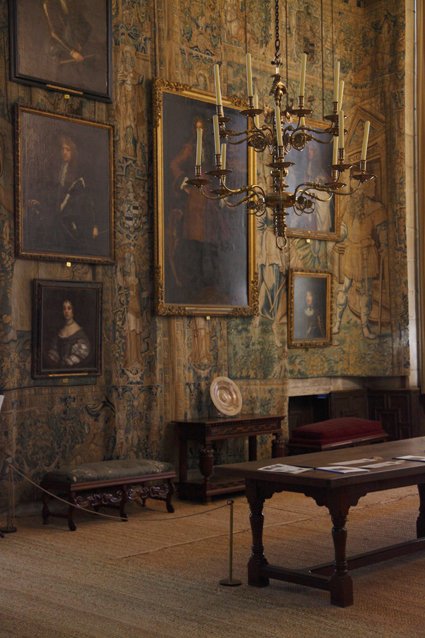 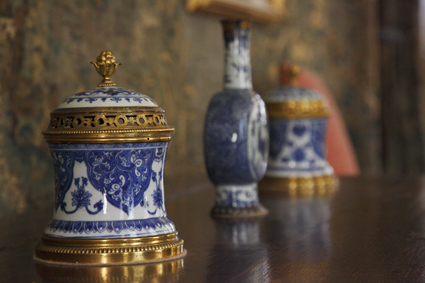 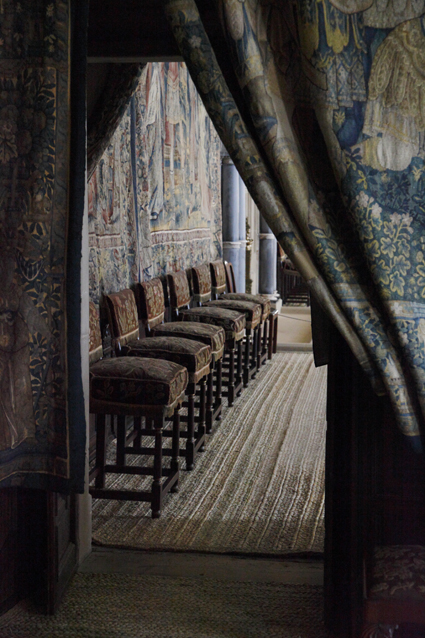 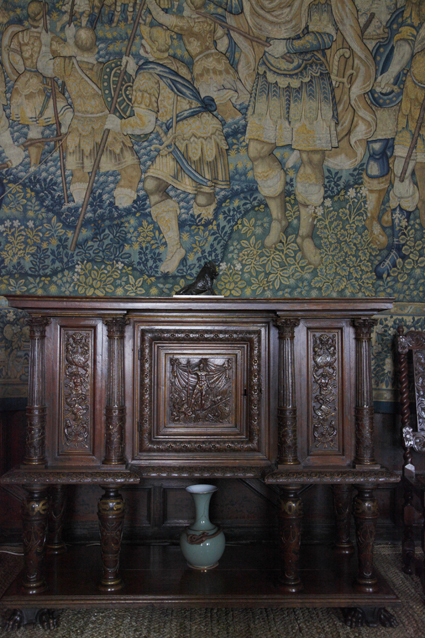 At the end of this suite of rooms, you reach a stately bedroom complete with four poster bed of almost fairy tale proportions. 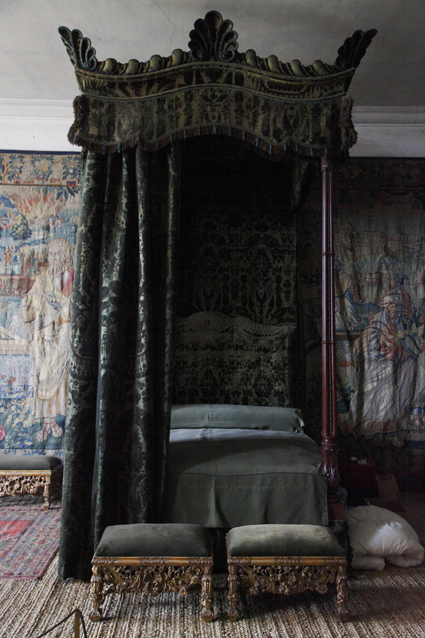 The unorthodox layout of the house means that most of the bedrooms are actually on the floor below, where the rooms are of a slightly less regal scale, but no less ornate. 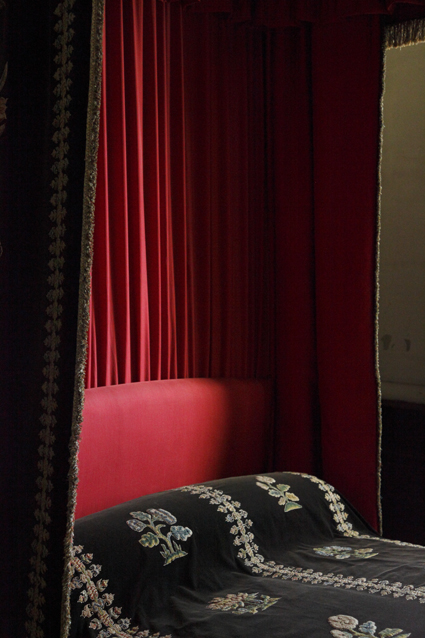 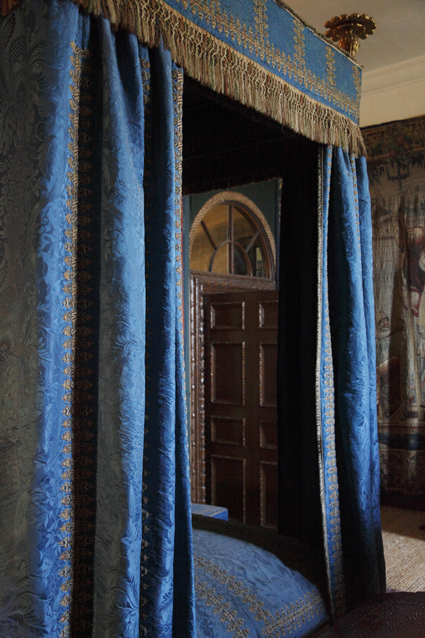 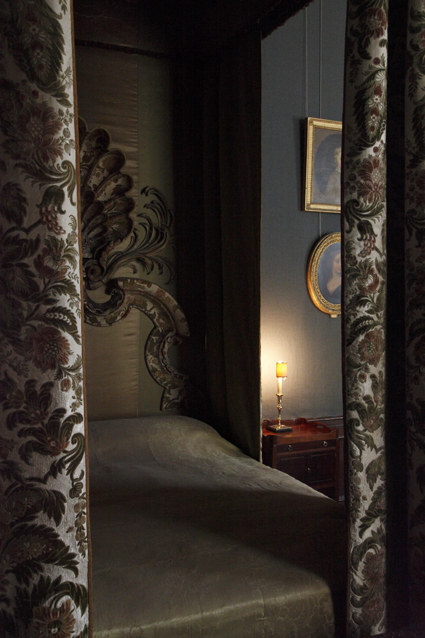 Of course, such opulence was in stark contrast to the sanitary conditions of the time, with bathrooms only added nearly three hundred years later. As is often the case in stately homes, the functional spaces are just as fascinating. 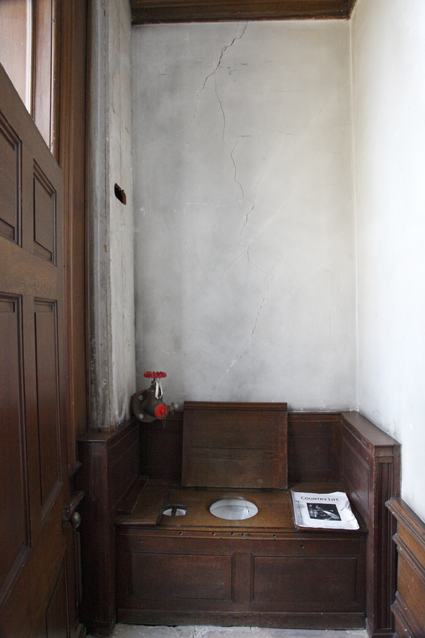 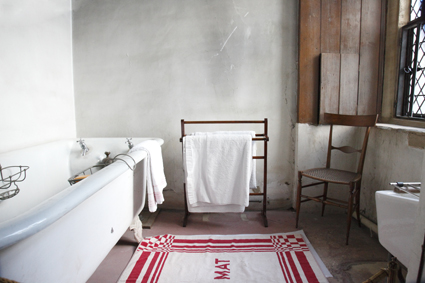 As with many places open to the public, there is much that you don’t get to see, such as those six rooftop pavilions, and much that I didn’t have time to see, such as the extensive gardens. So, no doubt I will one day return to see more of this national treasure. 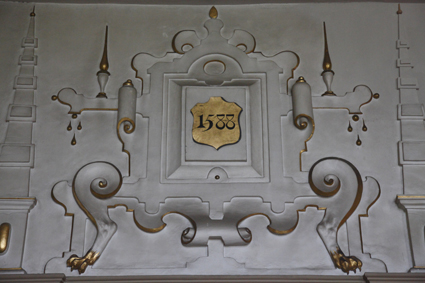