Last Saturday in The Times…

In case you missed it, the Times featured a home I shot, belonging to an art collector. I first photographed the house last year, but went back to see the latest additions to his growing collection. Have posted the Times article on the Tearsheets page.

The painting over the fireplace is entitled: Whole Dancers, by Jim Shaw (2010) 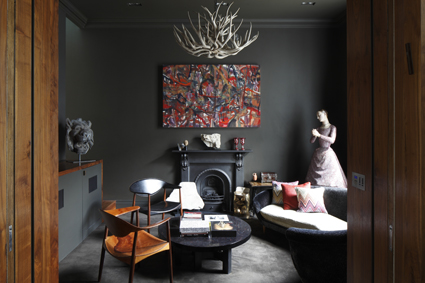 The “Contessa” is 17th century Spanish, and would have originally had a real veil over her face.

Portrait series on stairs by Lorna Simpson entitled May, June, July, August (1957-59) includes self portraits interspersed among shots of a woman from the 50s. 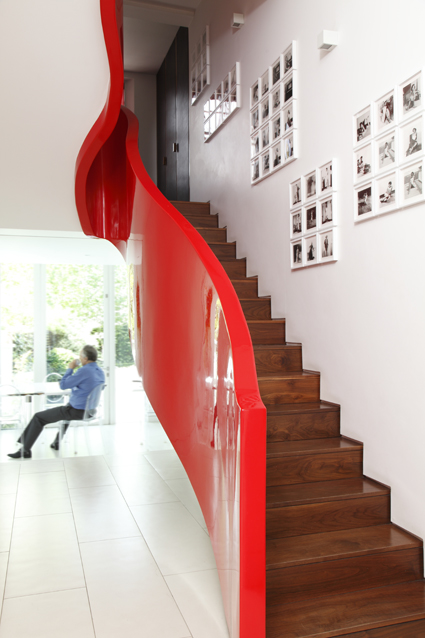 The tree in the bathroom is by Andrew Wood. 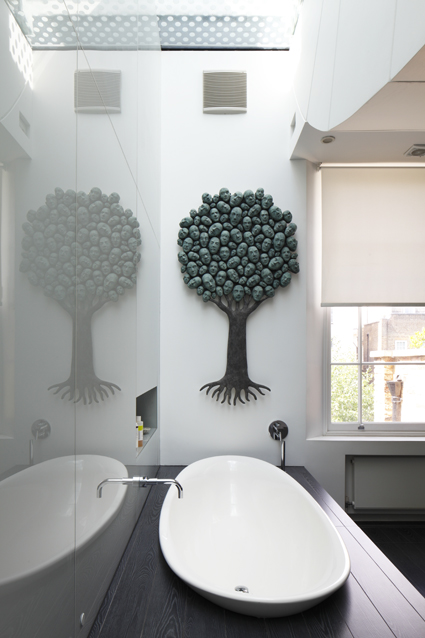 The glittery image in the bedroom is by Marilyn Minter, and is called Wangechi Gold (portrait of artist named Wangechi Mutu). 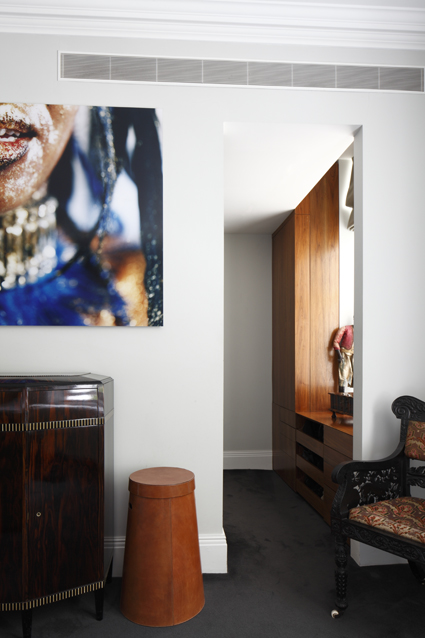 And finally in the underground ‘bunker’ study, are works by Felippo Caramazza & Adam Cvijanodic. 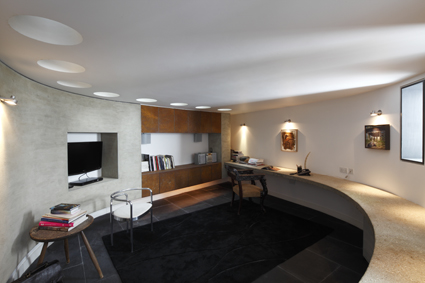 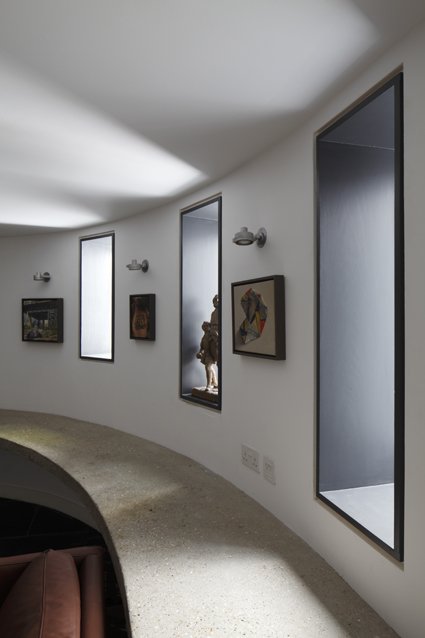