I have a confession to make. I never go to church. I do however, visit on a regular basis. Whenever on a trip somewhere new, be it city or village, the church or cathedral is likely to be a point of interest. In some cases, possibly the only place of interest, and it’s unlikely that I would ever come away from one without taking a pic or two. I’ve seen & photographed many great religious interiors, from the soaring gothic of the great English cathedrals to the flamboyant baroque of southern Europe. However, even the most humble chapel can inspire, such as this one which forms part of the tiny hamlet of Trethevy near Tintagel. I hadn’t actually planned on visiting, but soon after driving north out of Tintagel, I spotted a sign to a waterfall. Walking up the path from the main road, I glimpsed the chapel, which was not much more than a small stone barn. The interior may have been spartan in comparison with the great works of religious architecture, but I was nevertheless moved by the tranquility of the space; and surprised by the unexpected stained glass, set within rough white-washed walls under the crude timber roof. 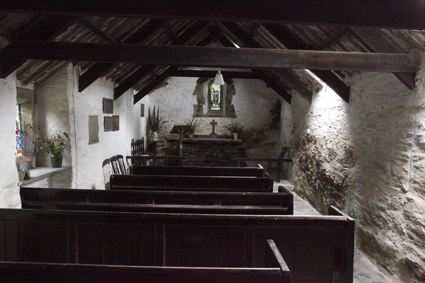 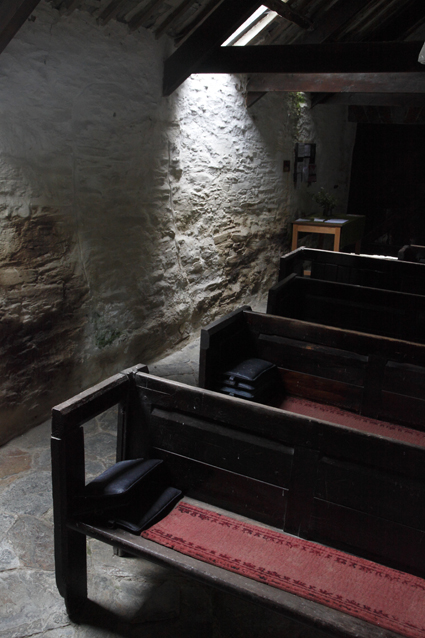 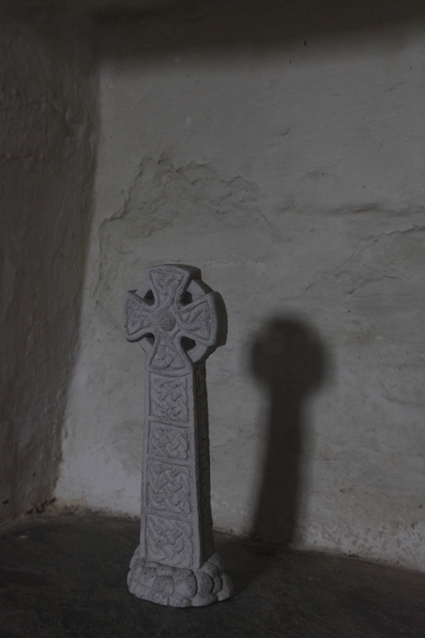 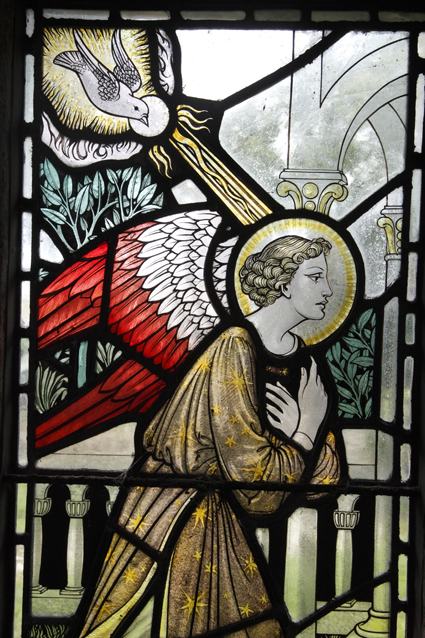 Back to my original purpose, I continued along the path, which lead me into a steep sided wooded valley, with a stream gushing along its floor. The further I went, the louder grew the distant rumble of the waterfall, until rounding a corner, there stood one of nature’s gothic masterpieces, complete with flying buttress. 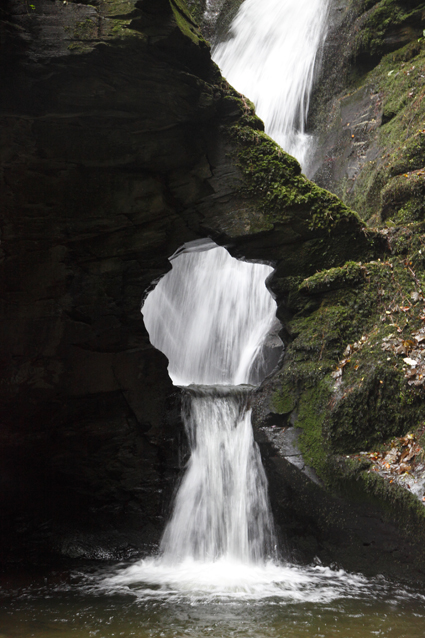 Clearly many other visitors feel the place possesses a spiritual character, as these heartfelt shrines would suggest. 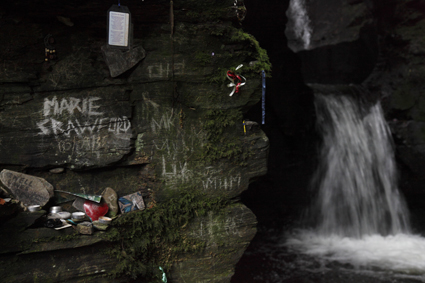 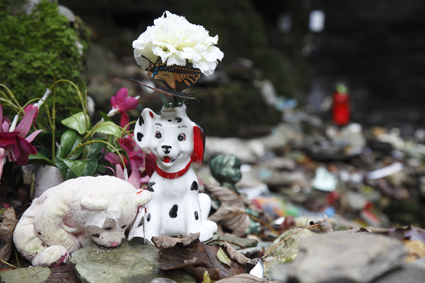