Growing up in Hastings & St. Leonards, I developed an early interest in architecture, and in particular the distinctive styles of the seafront. At one end, literally and metaphorically, stood the black weatherboarded fishermen’s huts, slightly menacing, to a child at least, standing sentinel beneath the Old Town and its cliffs, while further west was the brighter architecture of the 19th & 20th century tourism industry. I had particular affection for the lower promenade, the walls of which were decorated with brightly coloured broken glass, and the old White Rock Bathing Pool, sadly long gone, which was mostly submerged beneath the prom, except for the curvy yellowing roof structure, which always reminded me of a row of bananas. I guess this unusual roof was made of fibre glass, or something similar, and allowed light into the pool below.

Dominating this part of the seafront, and visible for miles along the Sussex coast, is the art deco wonder of Marine Court. Completed just before the outbreak of World War 2, it was reputedly modelled on the Queen Mary. An unusual inspiration for a building, but it certainly appeared like an ocean liner docked among the genteel regency terraces of St. Leonards. Latterly it is more of a shipwreck than a stately cruise ship, but still commands attention. When I heard that there were to be an exhibition and tours of the building last weekend, I jumped at the chance of returning to my old home town. Sadly, the tours were only of the exterior, so no opportunity to snoop around inside.

There is much talk about possible restoration of the building, which as you can see from these shots, is badly needed. This is only the most visible part of much wider dereliction in this once elegant resort. 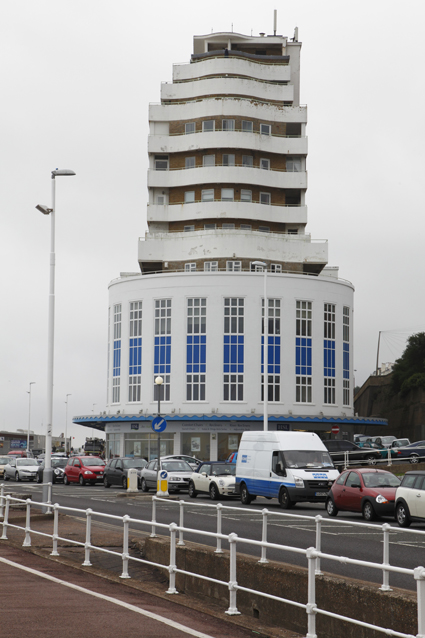 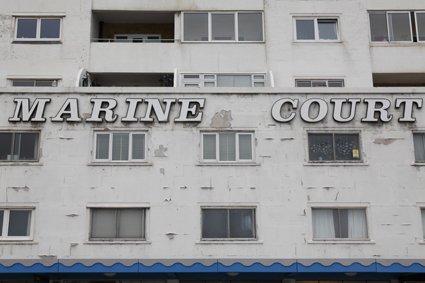 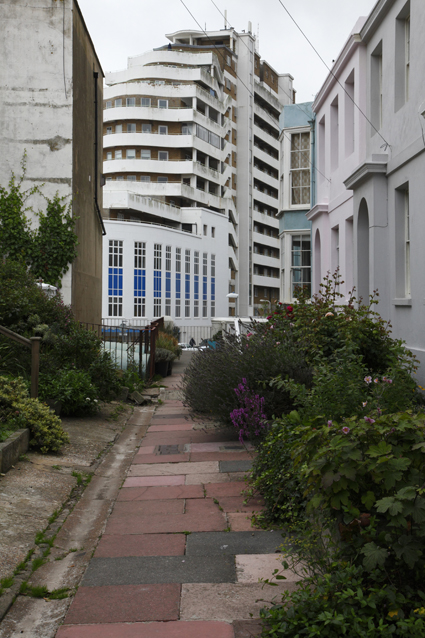 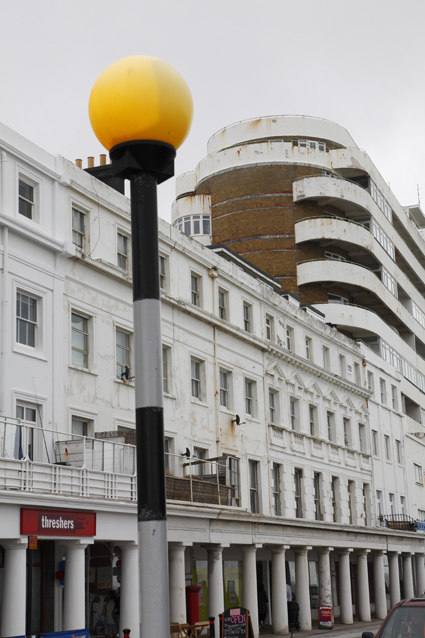 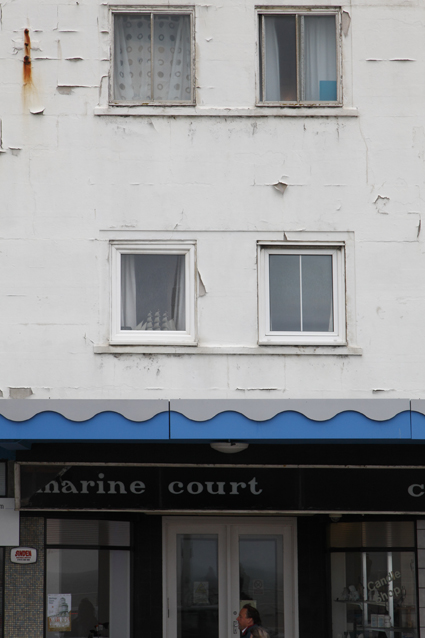 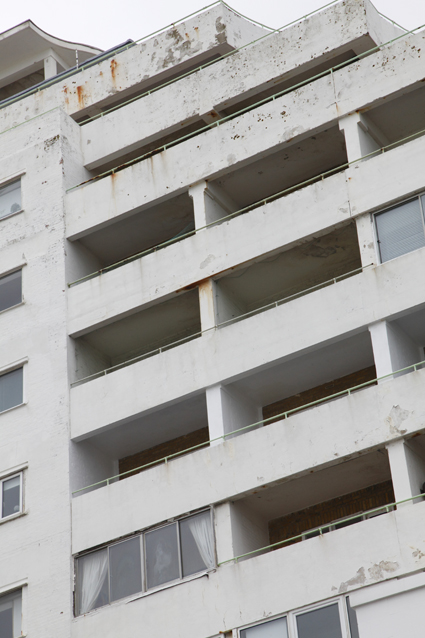