London’s famous thoroughfare, built by John Nash, as part of a regal route linking Regents Park to the long since demolished Carlton House on the Mall, had been in decline as a fashionable destination. During the latter part of the 20th century it filled up with purveyors of cashmere, tartan and little else, but over the last decade it has attracted the glossier names in international retailing.

One such retailer, is Tommy Hilfiger. The brand has always conveyed a very American identity; preppy and conservative, with a sporty bias, and the stores reflected this with quite traditional and “safe” interiors. Over recent years, however, with the arrival of brands such as All Saints and Anthropology, the older names have had to work harder to widen their appeal and update their look. Newer brands, such as those I’ve mentioned have pushed retailing forward by creating new identities and narratives, which are fun, sometimes subversive, and occasionally downright odd, in the case of All Saints walls of antique sewing machines. The current trend is definitely moving away from the anodyne and clinical retail concepts of old, when a shop was just a shop. Now to shop in a particular store, is almost like saying I belong to a particular club or tribe.

To develop its new identity, Hilfiger’s marketing department have created a family of characters, right down to their pet bassett hound, Morgan, and the store has had a major makeover to reflect this. From the sawn in half station waggon, to the customised chesterfields, and the hand painted wallpaper covered in vintage Playboy covers, you really feel you have entered their world.

Regent Street is getting interesting again, so be an anthropologist, and go meet the Hilfigers. 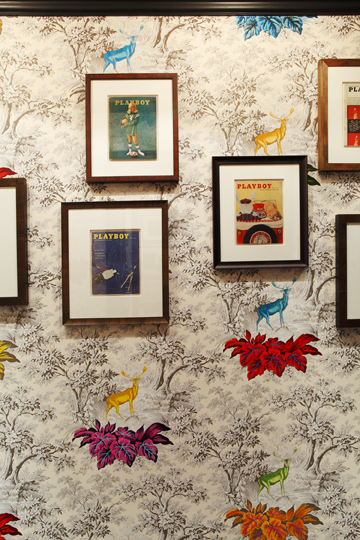 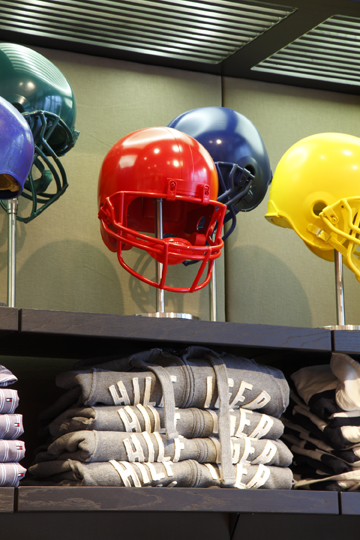 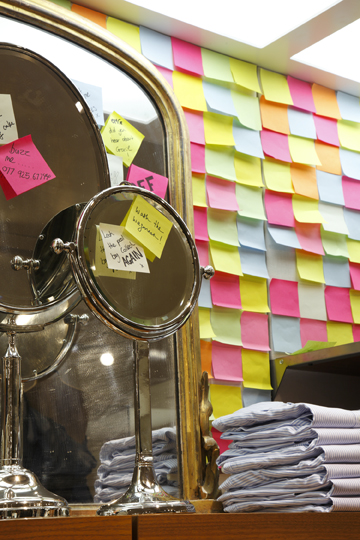