As the plane swoops out over the Mediterranean on its final approach to Perpignan, the great physical mass of the Pyrenees comes into view, cascading dramatically towards the sea, and forming an almost impenetrable barrier between France and Spain. In its foothills, lies France’s southernmost valley, that of the River Tech. Along its path are dotted pretty, small towns such as Ceret, famed for its Roman bridge, cherry festival and Picasso museum, and Amelie Les Bains, with it’s restorative waters.

We are on our way to a remote house in the hills above the valley, from where one can see, even in late May, the snow capped peak of Canigou. The house belongs to our old friends, Guy Harrington & Jason Bell, and was bought as an antidote to their hectic lives in London and New York. And what an antidote it is. Having driven up miles of scenic mountain roads, snaking up from the valley floor, the private drive leading to this remotest of houses, is another mile of hairpin bends over rugged terrain. 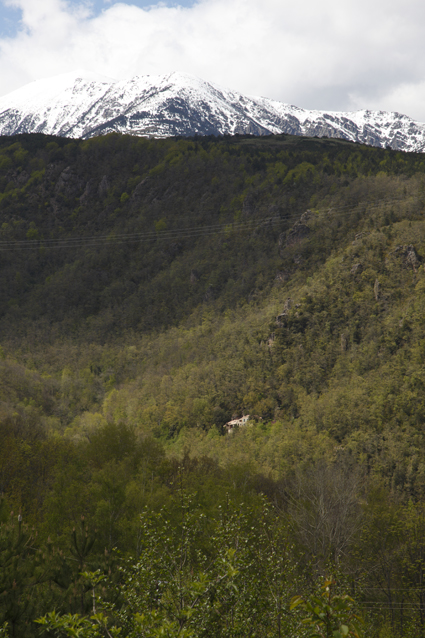 The house itself emerges out of its precipitous stone surroundings, and is reached via a garden path through irises and agaves. The setting, with spectacular views across the valley feels like just reward after the long drive, but nothing quite prepares you for what lies inside. Effectively the house has only three outer walls, with the fourth being the mountain itself, but it’s the scale of the main room which really takes your breath away. Two rows of soaring roman arches stride through the colossal space, competing for your attention with the raw cliff face that is the back wall. 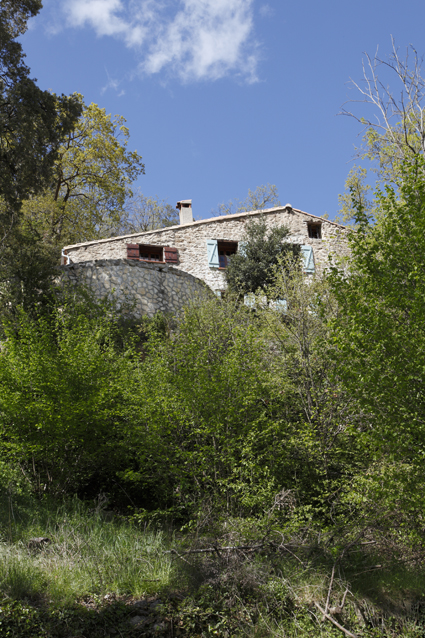 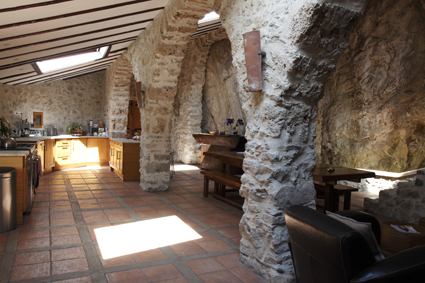 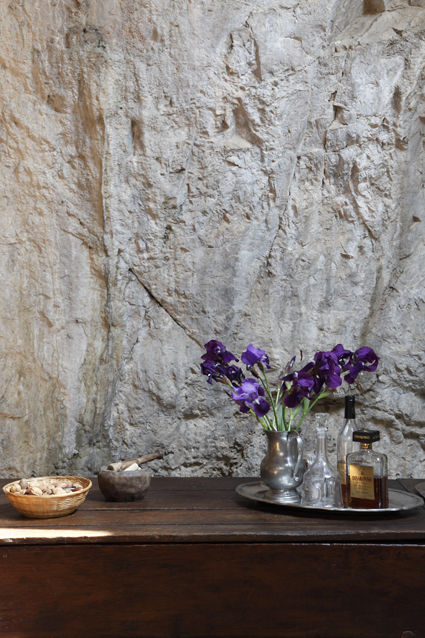 Simply furnished, with the kitchen at one end and fireplace at the other, this 8th century space, so ideal for entertaining, is centred on the dining table. After all, the highlight of any trip to Madeloc has always been Guy’s wonderful cooking. While many of us are enthusiastic amateurs in the kitchen, and can happily rustle up a modest meal for friends, Guy, as with most things in his life, approaches food and cooking with impressive knowledge and professionalism, confidently conjuring five course feasts from a wide repetoire. It was therefore only a matter of time before he would inevitably share his skill with a wider audience.

Madeloc, Lunch and Dinner by appointment, is now taking bookings. 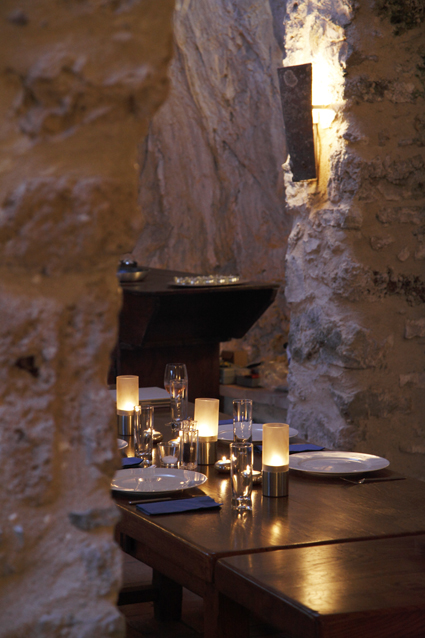