As an Interior Design student, at the end of the eighties, I would often jump on a train to London, armed with camera and sketch book, and spend the day roaming the city in search of inspiration, which was not hard to come by. From architecture such as the Lloyds building, to the shops springing up, designed by the likes of Eva Jiricna and Nigel Coates, everything was new and exciting. At the time, to an impressionable and idealistic 19 or 20 year old, it felt like a new renaissance. Designers really were doing extraordinary things. I remember being particularly blown away by one shop in Neal Street in Covent Garden. Called “One off” it was the creation of Ron Arad, whose furniture designs were unlike anything I’d seen before. Then so revolutionary, and now the subject of a retrospective at the Barbican.

Another rebirth was just beginning further east. The wharves and docks lining the Thames, which had lain silent since the sixties, were being refashioned. It was about this time, that the Design Museum opened, so I was inevitably drawn to explore the area. I was immediately captivated by the vast brooding and windowless warehouses. Shad Thames was particularly appealing with its criss-crossing web of bridges, but it was not only the sights that were so appealing , but also the smells, for, engrained in the brickwork were the spices which had been stored and traded from these buildings. Around every corner, you were assailed by wafts of cinnamon, cardomom and cumin, spices which still define the area today, in its street names and buildings. 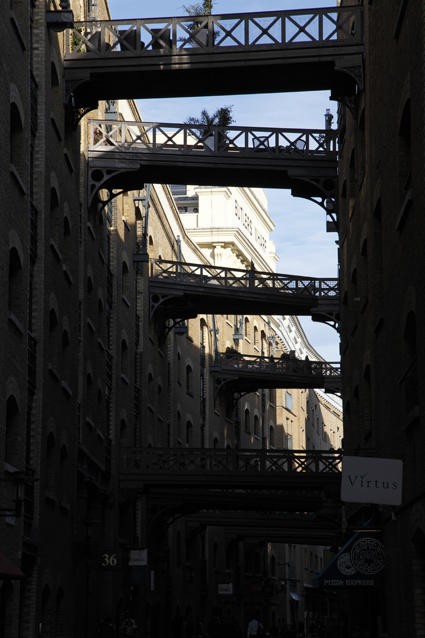 The owners of the apartment, I recently photographed, overlooking the bridges of Shad Thames, were among the first to see the potential of the area back in the early 90s. With the help of designer, Charles Rutherfoord, they have created a comfortable home, suffused with a subtle spice of its own. Never over-powering, the spicy elements provide depth and interest around the elegant furniture and eye-catching art. 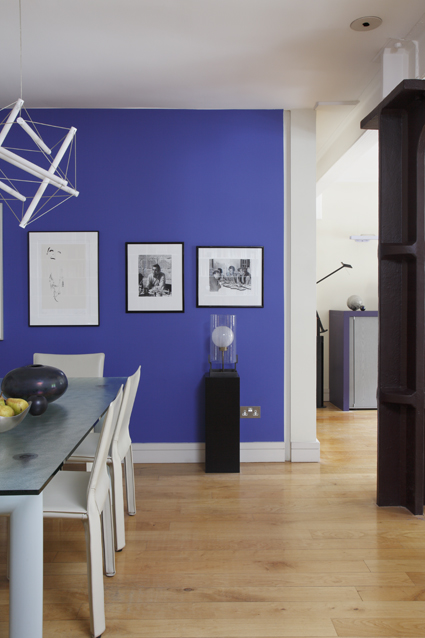 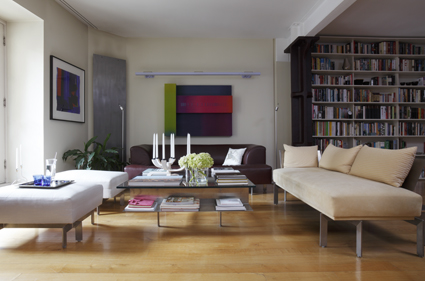 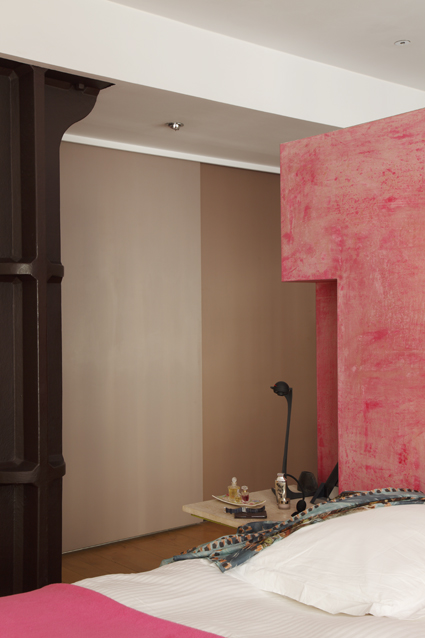