I used to keep a record on Google Earth of all the places I’d shot, until, on updating my computer operating system, I lost all the data. The highest concentration of shoots took place either side of Piccadilly, with St James’ Street being a particular hotspot. Having already shot a casino and restaurant there, I was back this month for Squire & Partners, to shoot their latest addition to HSBC’s private banking headquarters, housed in one of the area’s magnificent former club buildings. Most of my client’s work there had been carried out a few years ago, when they built an impressive new extension to the rear of the building. Their sleek new limestone atrium contrasted dramatically with the painted baroque interior of the existing building, from which they had opened up tantalising vistas.

The latest work which I was there to document, was the creation of a new suite of offices within the impossibly grand first floor former drawing room. Due to conservation restrictions, it was vital that any new insertion, did not impact on the existing structure or decoration. The elegant solution was to create simple glazed “topless” structures that sit comfortably in the space. While imposing, these new forms are in no danger of competing with their ornate surroundings. 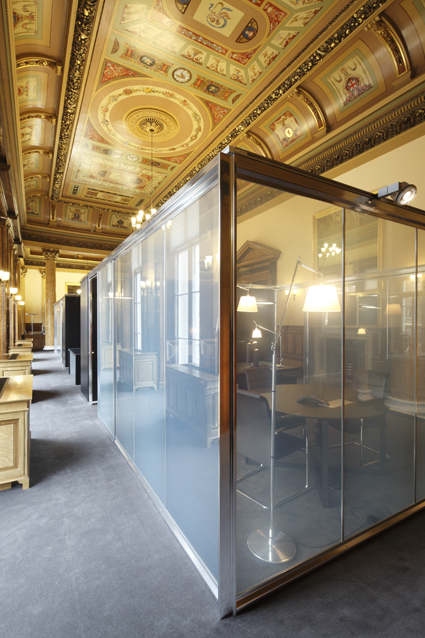 In the interest of privacy, the glazing to each area, can be made opaque at the flick of a switch. 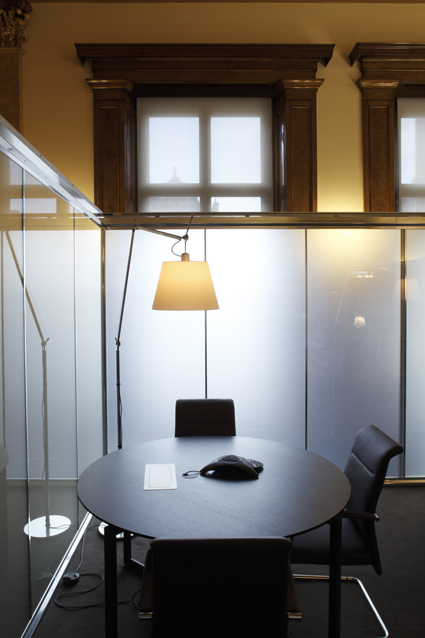