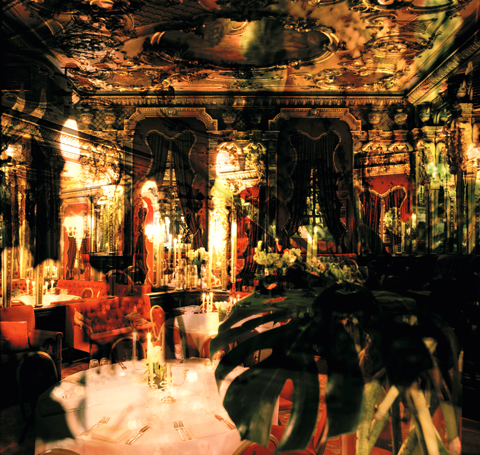 Nearly a decade ago, one of my first commissions was to shoot the historic Grill Room at the Cafe Royal on Regent Street. The last decade had seen the decline of this once great establishment, and by the millennium, it was not much more than a glorified function room. It has now closed altogether, awaiting redevelopment by an Israeli property company. I had been concerned for its future, along with equally wonderful Atlantic Bar in the neighbouring Regent Palace Hotel, which is also undergoing redevelopment. Thankfully both are to be preserved. The Cafe Royal is scheduled to reopen in time for the olympics, as a 160 bedroom 5 star hotel. This image was the result of a bit of fun in photoshop, overlaying a couple of shots to create a surreally magical interior!