The humble Victorian terraced house has been revolutionised over the last decade. For much of the last century, it was in decline; bombed by the thousand during the war, and many more destroyed during the fifties and sixties, by planners, eager to create a brave new Britain. Of those that remained, many were ravaged by poor quality conversion into flats and bedsits, often with any decorative features removed. However, throughout this period, the terraced house survived as an ideal housing model for many, despite the draughts, and the rattling sash windows. Any modernisation was often small-scale and cosmetic, with the general layout and style remaining fixed, bar the odd loft conversion and period style conservatory. Since the nineties, all that has changed, with the embracing of open plan living, contemporary glazed extensions, basement family rooms and roof terraces.

A few years ago, I was asked by Grand Designs magazine, to shoot one such reinvigorated house in north London, and, just recently, was approached by the architect to shoot one of his latest projects in south London. Pasquale Amodio, and his company, Map Projects, are expert at creating relaxed but elegant homes. Small Victorian rooms have been swept away, to create flowing, light filled spaces. Beyond the glazed extension, the garden is very much a part of the whole scheme, allowing inside and out to fuse into one continuous space.

No longer so humble, the terraced house has been given a new lease of life, which should see it through the next century and beyond. 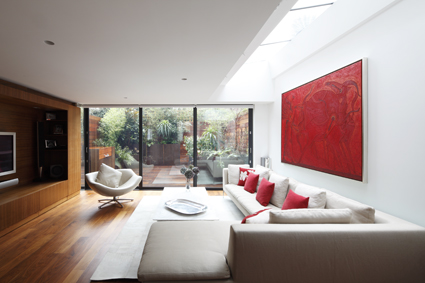 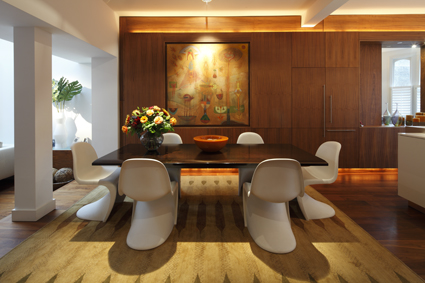 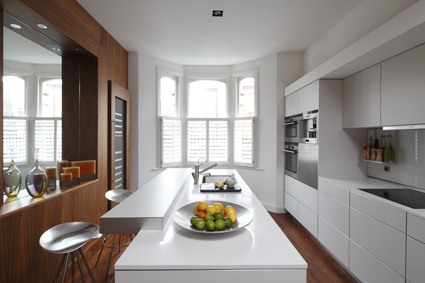 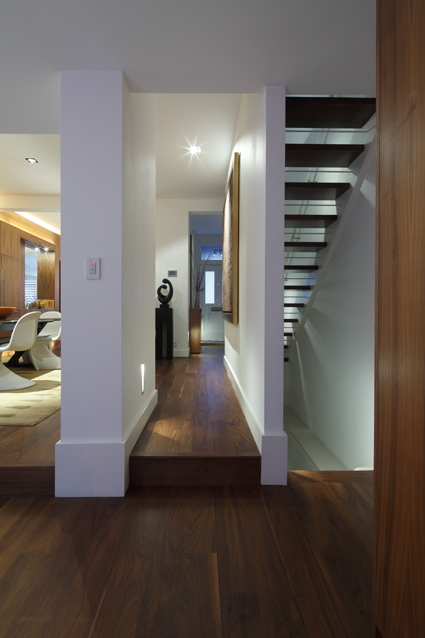