Oslo and Munich are 2 cities I have visited many times, as I have family ties to both. When revisiting it’s always interesting to see what’s new in terms of architecture and design. My last trips to both, were very rewarding in this respect, each having recently built stunning but very different cultural landmarks; the Brandhorst Museum in Munich, by architects Sauerbruch Hutton, is decked out in their trademark candy stripes, while the new opera house in Oslo, by Snøhetta is coated in blindingly white marble.

The Brandhorst in Munich is the latest addition to that city’s museum quarter, and stands out from its sombre neighbours. It is almost entirely clad with coloured ceramic bars, giving the building its vibrant stripy appearance. However the bright colours seem to have attracted the unexpected attention of souvenir hunters, with many of the lower bars having been pinched. 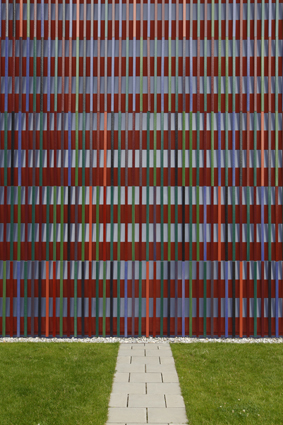 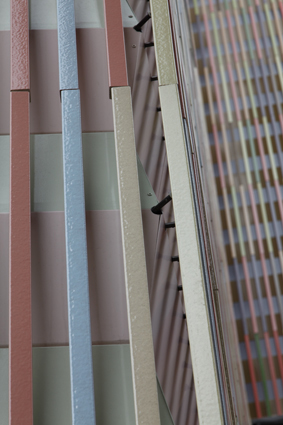 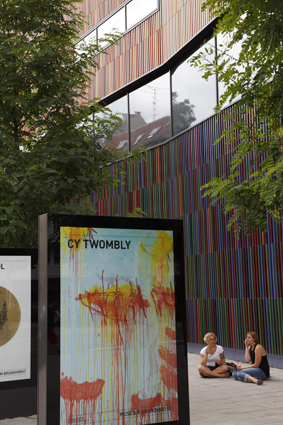 Inevitably, and perhaps wisely the interior is much more conventional, consisting of interlinked white galleries of varying size and shape. 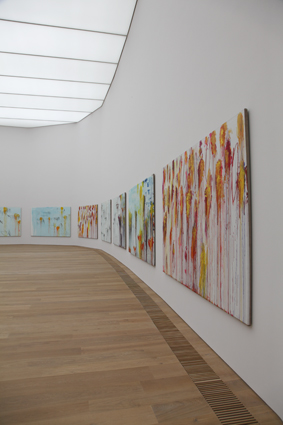 Oslo, like many other port cities, has only recently begun to appreciate its waterside setting, and like Sydney, has built an iconic opera house, that will no doubt come to symbolise the city. It is not just a building, but a wonderful public space for the whole city, and it emerges from the fjord like some giant cubist amphibian. It’s delightful to witness how popular the space has become, with tourists and locals alike. Brides and grooms even come to have their photos taken, as if on a giant slab of icing sugar. 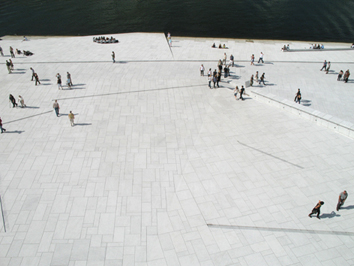 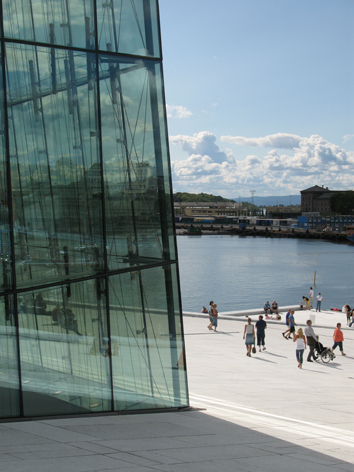 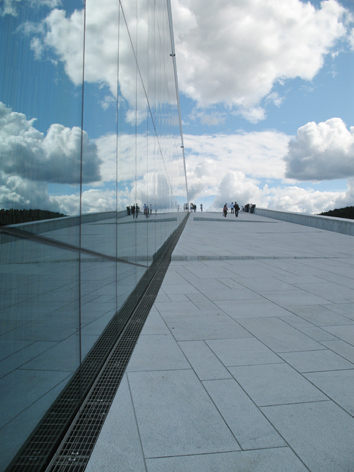 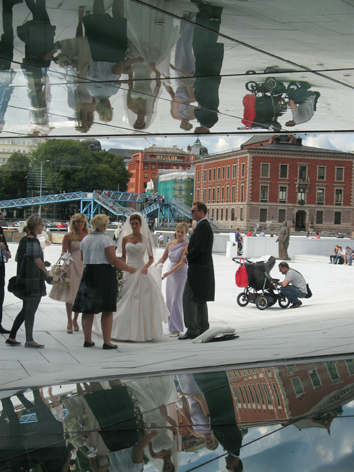 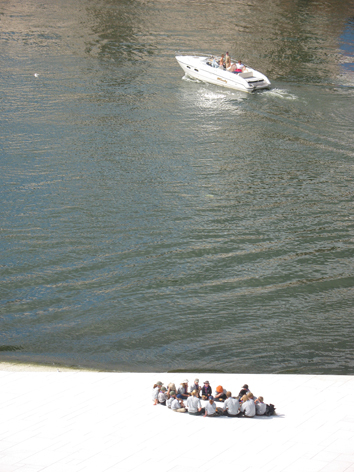