In a week when the “Brutalist” 1970s public library in the centre of Birmingham was denied listed building status, and so, in all likelihood, condemned to the wrecking ball, I would suggest that we are likely to have little left of this currently unfashionable decade, and will no doubt come to regret such wanton destruction. Just as examples of Victorian Gothic were once reviled, only to later become much loved historic buildings.

Just as sad as the loss of so many important buildings, is the largely unnoticed disappearance of interiors from not only that decade, but every one since. It was therefore a real pleasure to visit a house in a Somerset village, which was not only surprising for its chic white exterior, but all the more extraordinary for having retained so many of its original interior features. Bathrooms are routinely ripped out and replaced by something more up to date, but in this house, all have survived, despite their uncompromising shades of lilac, green, grey and that indescribable shade of fleshy beige. The owners had originally planned a complete overhaul of the bathrooms, but eventually couldn’t bring themselves to do so. A dilemma, I fully understand, living in an apartment of the same period, and inheriting the original avocado green kitchen. Its lack of more modern fittings is not ideal, but you learn to live with it. The latest thing isn’t always the most progressive either. In the case of the bathrooms in the house I visited, foot operated toilet flushes seem to me, to be an idea whose time has yet to come. 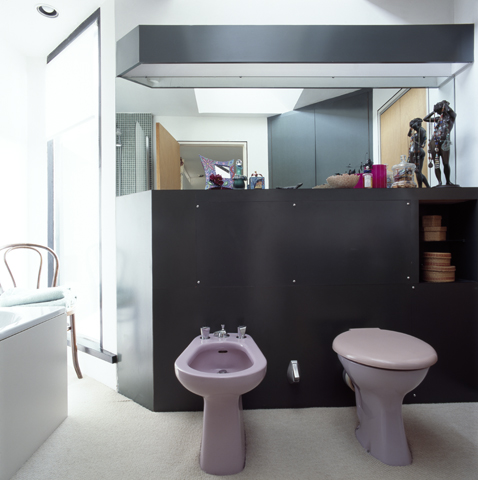 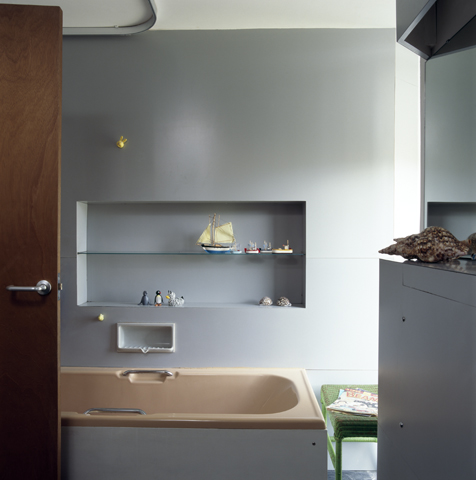 Fortunately many other fixtures and fittings also survive. Not least the simple timber staircase, with its slatted balustrading and open risers, which allows for lovely play of light and shade. 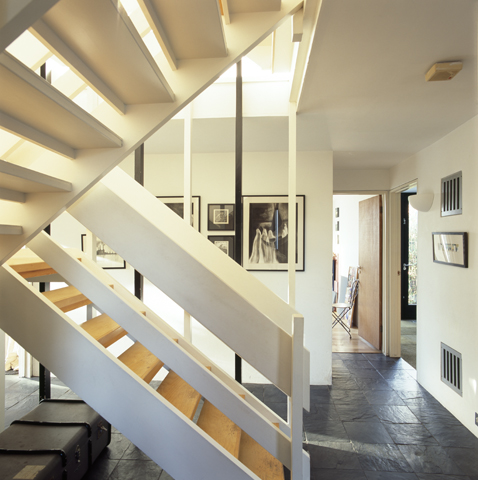 All this is not to say that I am against any changes to a building. This house, which along with its five neighbours, was originally painted beige on the outside. Some things just are better in white. 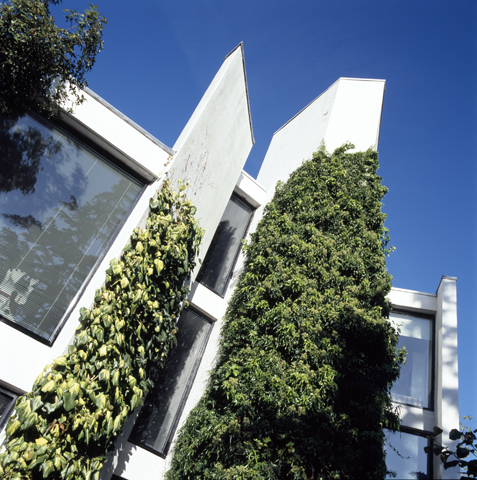 Despite our British obsession with everything old, we should learn to appreciate our more recent past. We may be sorry when its all gone. Perhaps we should start by ridding ourselves of the term “brutalism” and replacing it with something a little more positive.