I am often asked for images of christmassy interiors, but magazine editors are normally thinking about this in July, which is problematic, as I don’t know anyone who is prepared to cover their house in tinsel at that time of year. So the pictures here, which were taken last week will have to wait until next christmas before being seen in print.

One friend of mine immediately came to mind when thinking of a suitable house to shoot. Penny Leaver Green is a hugely creative designer and maker, specialising in embroidered art. Her work combines words and pictures to create instant little stories. Her home is as delightful as her work, and I knew that it would be looking particularly good at this time of year.

Penny’s style is to subtley weave seasonal elements into the fabric of her home: a robin on an old book jacket on the mantlepiece, glass bauble lights hanging from the antlers, and a cabinet of nostalgic toys  seasonally themed in red and white. A refreshing change from the usual swathes of gold and silver tinsel. 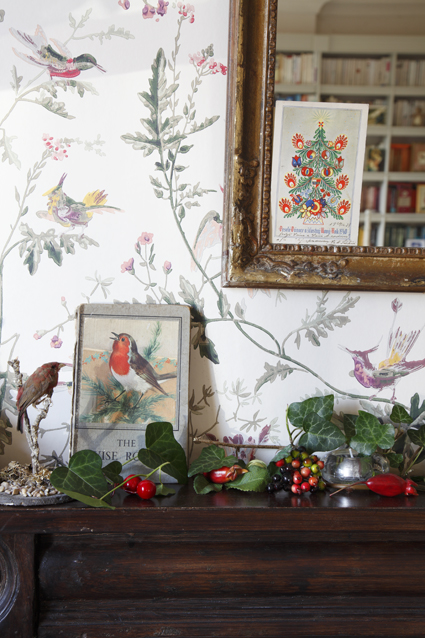 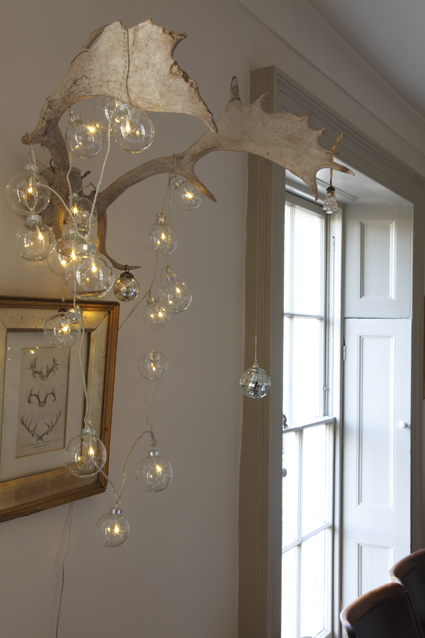 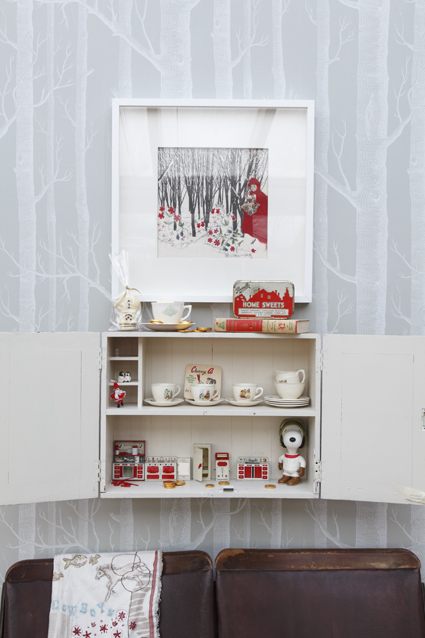 Decorating christmas trees often brings up stylistic disagreements between family members, so Penny has gone for a grown-up tree in the living room, while the children have their own one in the playroom. In addition to the traditional lights and baubles, both also have some more unusual characters perching on the branches; charmingly old fashioned, wide-eyed rag dolls made by Penny’s friend Jessica Quinn. 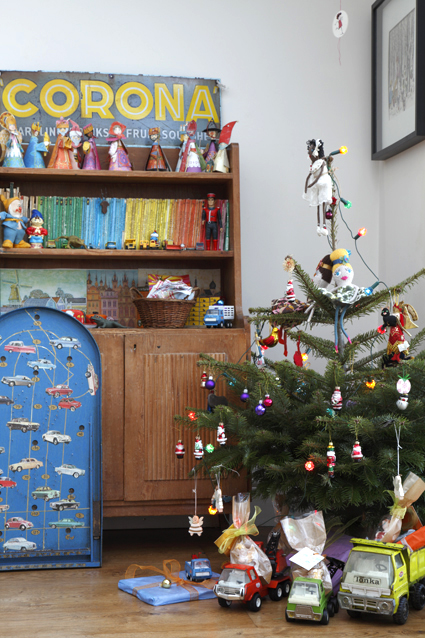 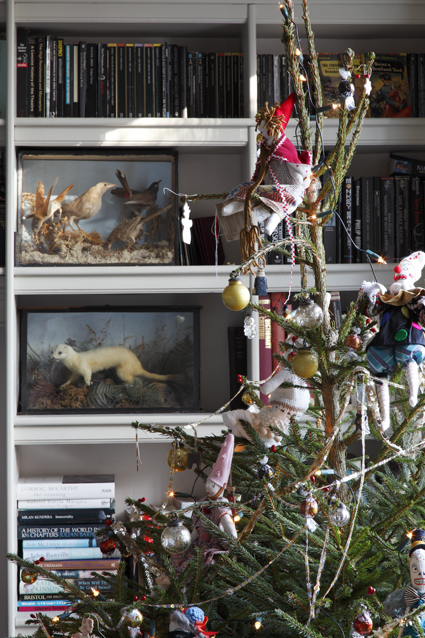 My favourite and slightly surreal element is the beautiful carved nativity scene, with the crib placed in an old fashioned roadworks lantern. Scope to embroider an ancient story perhaps. 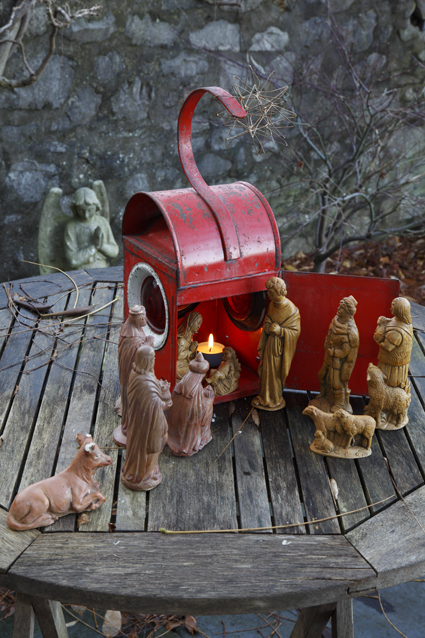 In the new year, an exhibition of Penny’s work takes place in the new Harvey Nicholls store in Bristol from January 28th to February 28th, on the intriguing theme of button phobia.