In our post-industrial and post-christian world, we have become used to redundant churches and warehouses being converted into living space. In fact, most building types, from schools and hospitals to pubs and railway stations, not to mention railway carriages, have been shown to make imaginative conversions. However, until recently, I’d never heard of a converted bowling hall.

This unusual house belonging to Architect, Peter Camp (www.silkmewsarchitects.co.uk) and his artist wife, Katherine, hides behind a conventional south London Georgian frontage. As soon as you step through the front door, the former use of the space is apparent. The vista seems almost endless, through hall, passage, kitchen, dining and living room, right through to the bedrooms at the rear. At a guess, at least 25 metres.

The single storey bowling hall was built in the 1940s, but the only reference to it now, are the decorative wooden bowling pins on the hall mantelpiece. 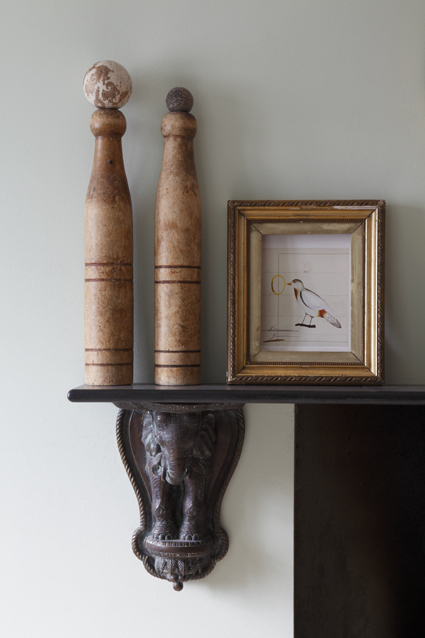 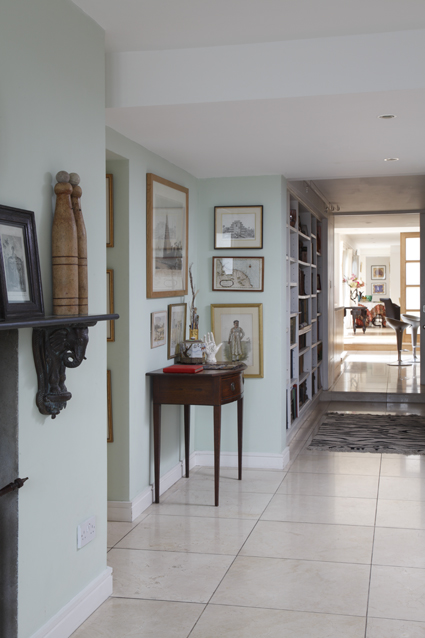 The dividing line between the Georgian space and the 1940s extension, is between the kitchen and dining area, and the two can be partitioned by means of a translucent sliding screen. From elegant Georgian basement to light filled house in the tropics. The length of the living space is punctuated along one side with large glazed doors onto the garden, with a sprawling eucalyptus tree at its centre. Throughout the living space, are classic pieces of 20th century furniture, offset by a strong Indian theme, in Katherine’s collage based art, and the carved occasional tables dotted about. 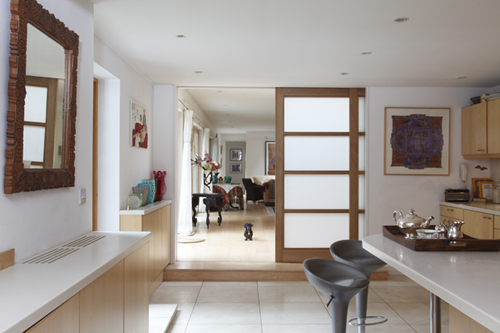 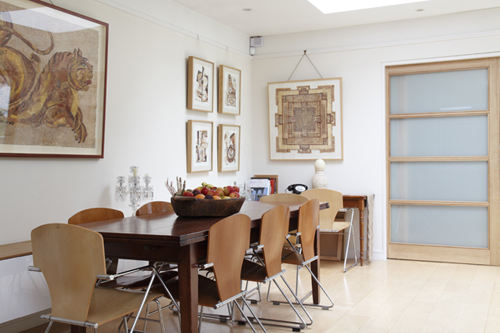 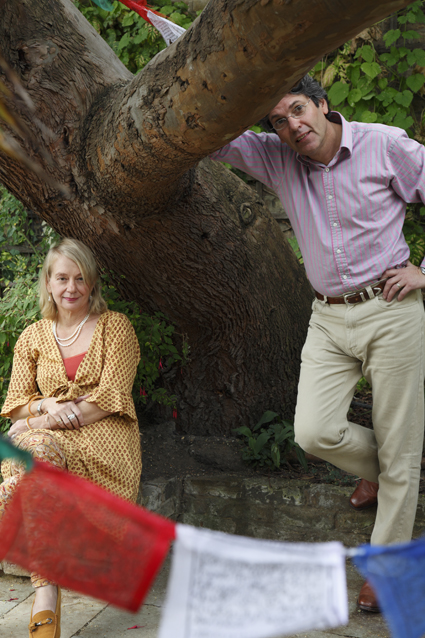 Peter and Katherine under the sprawling eucalyptusAt the far end of the living space, the bedrooms’ distance from the street afford them surprising tranquility. The serene master bedroom wraps around the end of the garden, looking back to the eucalyptus. The image of a tropical hideaway is complete. From south London to the south seas in the space of a bowling alley. 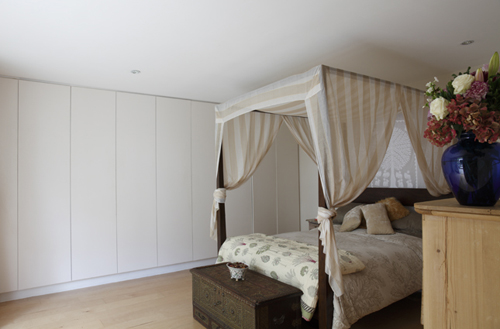