I’ve always been vehemently anti “satnavs”, and so I reminded myself, as I became increasingly lost on a remote and winding Herefordshire Lane. Despite encroaching darkness and lashing rain, I told myself that getting lost was all part of the fun of travel. No “satnav” would lead me to the remote farmhouse I was searching for anyway. As the lane began to peter out into a stony track, I decided the best course of action was to turn back to the pub and phone box I had passed half a mile or so back. I tried the phone box first, as of course I’d had no mobile signal since Abergavenny. It was no surprise either, that the phone box was out of order.

As I approached the pub, I had the sinking feeling that I wasn’t going to find help there either. The lights were out and there was clearly no one in. From the appearance, both outside, and peering in the through the dusty windows, there hadn’t been anyone in for a matter of years. The place had a decrepit and abandoned look about it.

Back in the car, and continuing to head back the way I came, I eventually found the almost totally concealed entrance to the farm I had been looking for, and was soon being greeted by my host.

After spending the next day photographing the house and and doing a spot of hill walking (see last two posts), my host, Adrian  suggested  dinner at a marvellous local gastropub. Imagine my surprise when we pulled up outside the very pub I had stopped at the evening before. Surprise turned to delight on entering. The small, heavily beamed room in front of me, glowed with warmth and character. It was truly like stepping back in time, to a time when every village pub was like this, a time before pubs had their heart and soul ripped out in the name of improvement. This pub remained steadfastly unimproved; from the peeling layers of old wallpaper, to the abundant cobwebs.

To find such a place was pleasant enough a surprise, but the cooking we were about to enjoy, made the whole experience seem too good to be true. I won’t go into details of the menu here, suffice to say that the chef, Harry Mackintosh, had spent his formative years living in Provence. The pub is a wonderfully run family affair, with Harry’s parents, Charles and Catherine at the helm. On hearing my enthusiasm for the place, they kindly let me come back in the morning to photograph it. 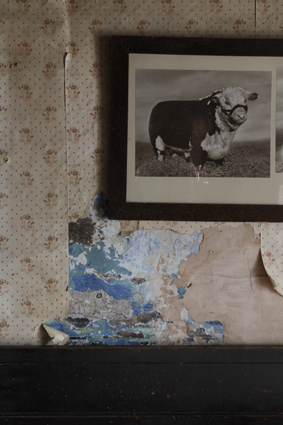 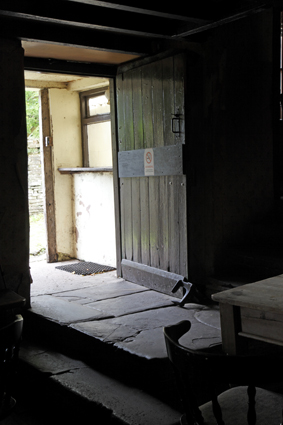 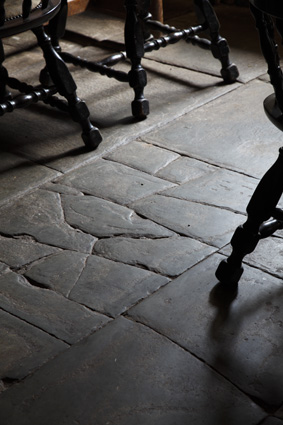