Several years ago I photographed a delightfully restored house near Waterloo station, belonging to a Dutch writer, Adrian Koppens. It was in one of those streets of 2 storey Victorian terraced workers cottages, which from the neighbouring high level railway, looks positively Dickensian, with its regimented rows of chimney pots, and, it has to be added, television aerials.

At the time, Adrian had his eye on a rundown Herefordshire farmhouse, and invited me to come and photograph it, once he’d bought and restored it. Having seen what he’d achieved with his small London house, I was more than happy to make the journey to the remote corner of Herefordshire. Before setting out, I had checked out the location on Google earth. The farm’s position lies on an extraordinary faultline dividing a typically english patchwork of fields to the east, and rugged welsh mountains to the west.

The house lies in the shadow of the Black Hill of Bruce Chatwin fame, and is as rugged in appearance as the hill behind it. 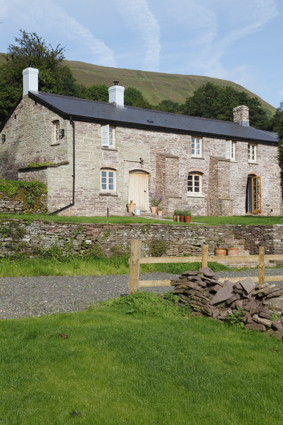 The house has been sensitively renovated and updated by Adrian and his partner. The outdoor privy is now just a curiosity rather than a necessity. 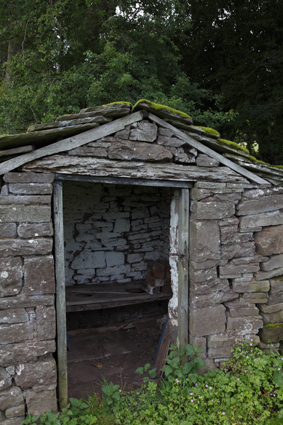 The interior palate is bold and modern, while many of the fittings such as the timber doors complete with iron thumb latches, root it in tradition. 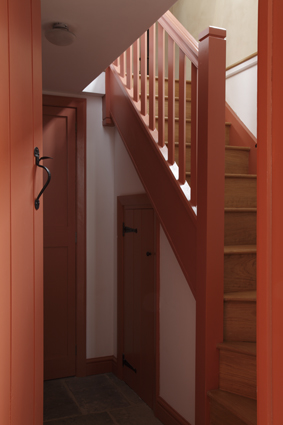 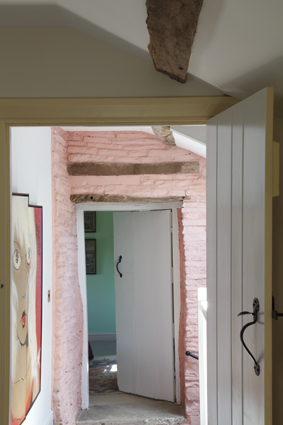 The adjoining barn now houses the living room with a study mezzanine at the far end. 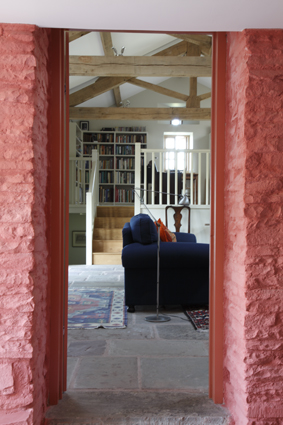 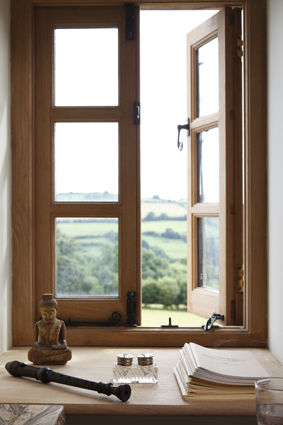 As with all practical homes in the country, the entrance is through the boot room, sparsely furnished with a large belfast sink, welcoming woodburner, and a large oak settle. 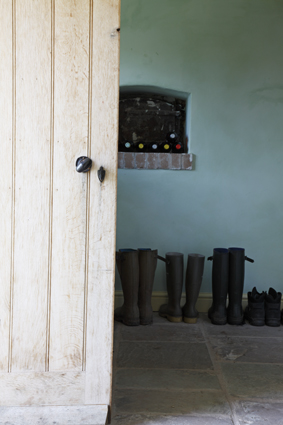 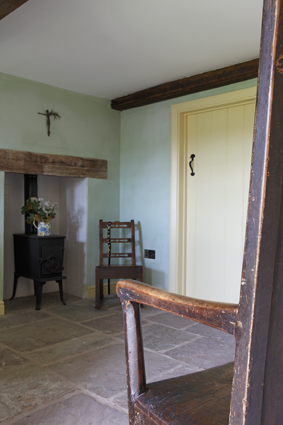 The warm welcome continues into the kitchen, bookended by another woodburner at the dining end and, naturally, an aga at the other. 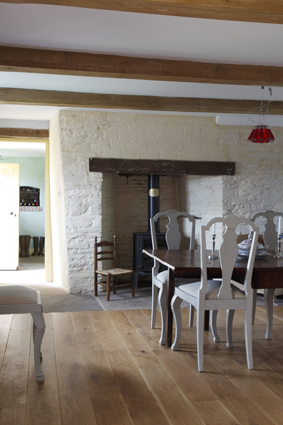 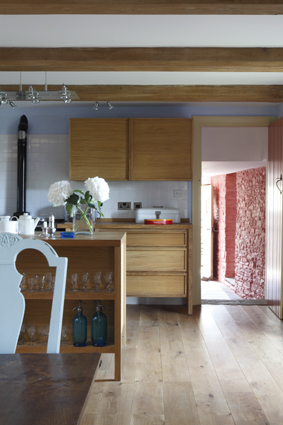