While staying in Adrian Koppen’s farmhouse, I leapt at the chance to climb the hill that towers over it. Whether simply to enjoy the view from the top, or the challenge of getting there, the draw was irresistible. As I had already seen from aerial views online, the gentle patchwork of fields gives way very suddenly to the rugged, bracken covered hill. I set off with Adrian and his French bulldog through the field immediately behind the house. Once over the style at the top, we were on a sheltered footpath, skirting the length of the hill to our right. This apparently was an ancient drover’s way running southward to Abergavenny and its market. 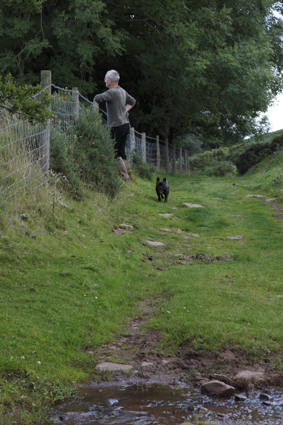 Even from here the view impressed, but it was clear that from the ridge of the hill, the view would be spectacular, although it was slowly dawning on me how much effort would be required to get there. 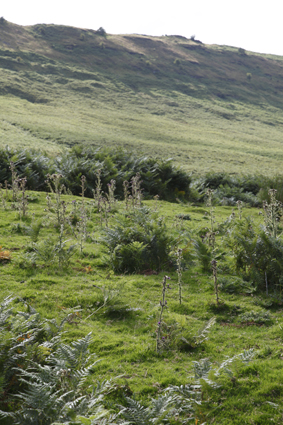 Meanwhile I couldn’t help thinking that as sweet as Adrian’s four legged friend was, he looked faintly comical in this landscape. His breed more used, I would imagine, to the boulevards of Paris than among the ponies and sheep of the drover’s way.

We came completely unprepared, and after turning upwards to join the ascending ridge, the heat of the sun had us gasping for our forgotten water. The necessary pauses, however, enabled us to drink in the view, which was a welcome substitute. 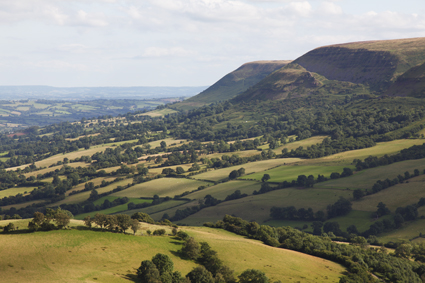 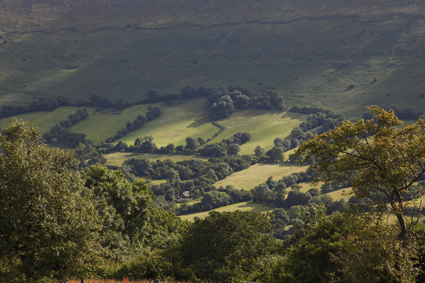 Once on the ridge, I was surprised by how narrow it was, although the name should have given that away. And over the other side, another steep valley with another ridge beyond. This was the end of England. 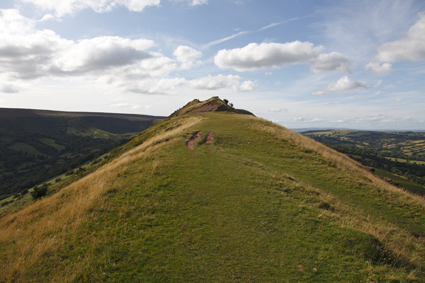 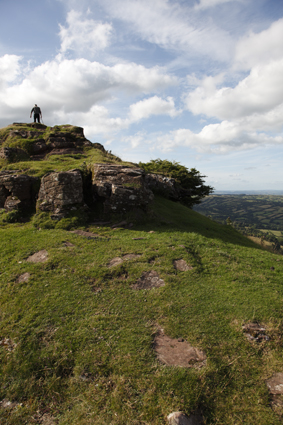 Adrian strides ahead towards the summit 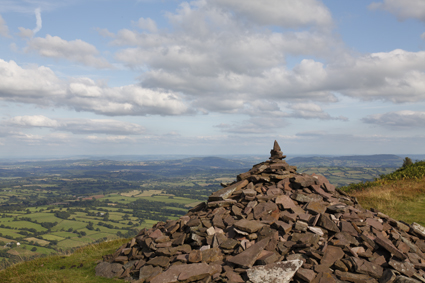 The summit cairnWhile the journey up had been arduous, the route down was more complicated. The hill was at its steepest, and at first there was no sign of an obvious route. We eventually found the way thanks to the occasional sheep rushing to get away from us through the gorse. For much of the descent, we were in the, by now, cool shade of the hill, so it was wonderful to bathed in warm evening sun once we reached the lower, gentler slope. 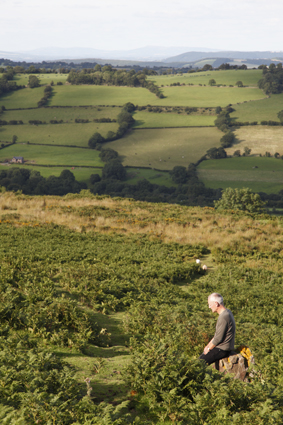 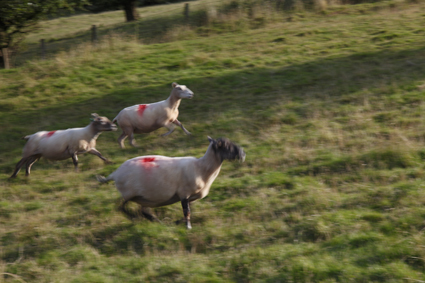 The sheep enjoying the evening sun too.Dinner that night, after a soothing bath, was well earned, and its venue will be the subject of my next post.